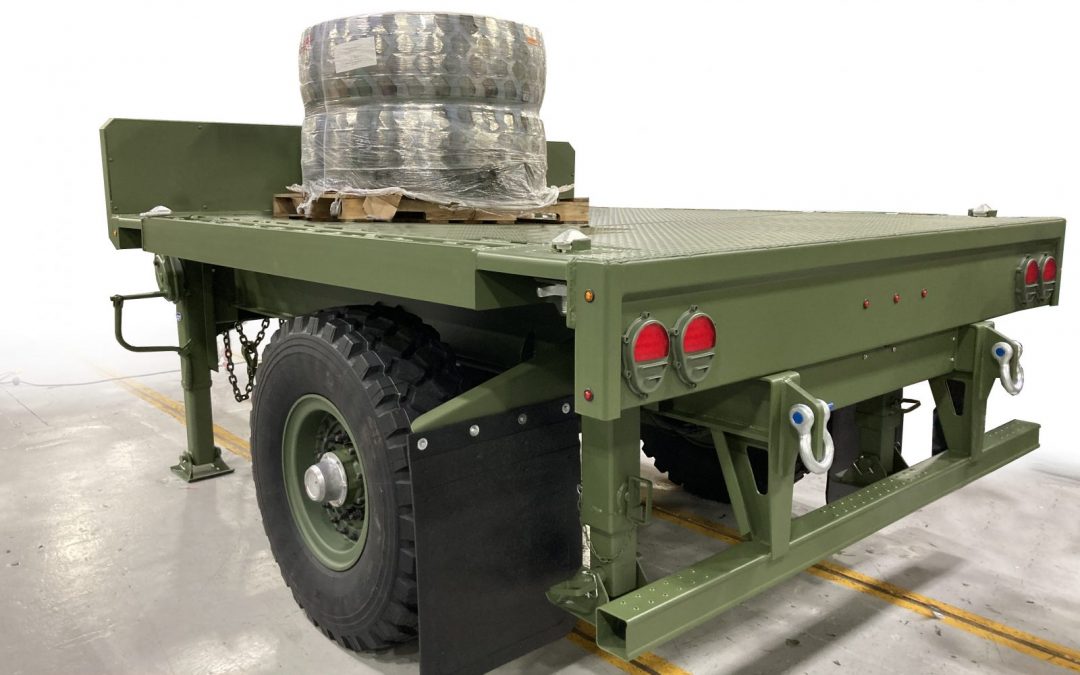 July 22, 2021 – Manac, Canada’s largest and most diverse trailer manufacturer, has been selected by General Dynamics Land Systems-Canada to design and build the light capability trailer and the heavy equipment transporter in the General Dynamics team bid for Canada’s Logistics Vehicle Modernization (LVM) program.

Manac has five manufacturing plants, one in Oran, Missouri, another one in British Columbia, and three in the province of Quebec.

A program of this magnitude requires an organization and partners with the depth and experience to manage the technical scope and complexity. The LVM light capability trailers will be designed and produced at Manac’s main plant and head office in Saint-Georges, Quebec. The design and production of the heavy equipment transporters will be performed by a Manac-partner organization.

“We are very excited about this partnership and truly feel we have a winning combination to support General Dynamics Land Systems-Canada in their bid for Canada’s Logistics Vehicle Modernization (LVM) project,” says Tom Ramsden, Vice-President Sales & Marketing for Manac. “We are bringing the best trailer minds and capabilities together, utilizing the expertise and diversity of each to maximize the potential for success in this very exciting opportunity.”

Manac, a privately owned Canadian company, was founded in 1966 by Marcel Dutil in Saint-Georges, Quebec, and is currently being led by his son, Charles Dutil, who is the long time President and CEO of the company.

For more on the Canadian Army’s LVM project: