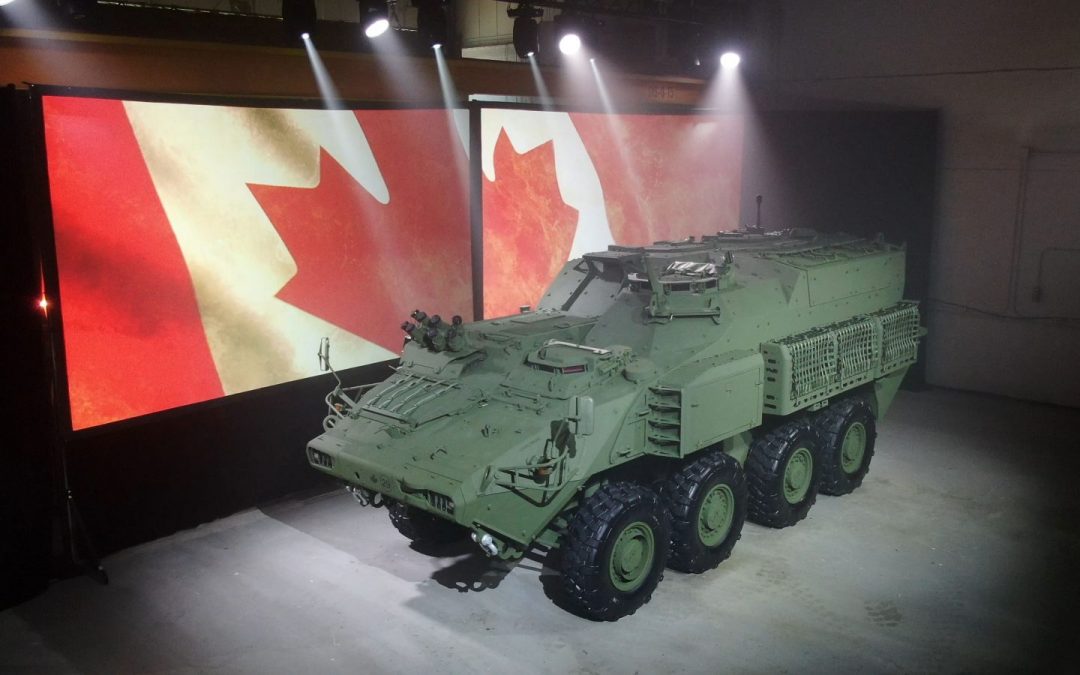 “Light Armoured Vehicles (LAV) have protected Canada’s soldiers on missions abroad for over 40 years, and it is a privilege to continue this tradition with the roll-out of this first ACSV variant,” said Jason Monahan, the company’s vice president and general manager, during a virtual event on May 3 to mark the milestone.

The first vehicle – a troop cargo vehicle (TCV) – is one of 360 in eight variants that will be delivered to the Army over the next four years. GDLS-Canada was awarded a contract valued at about $2 billion in August 2019 to build the ACSV based on the LAV 6.0 chassis that provides the backbone of the Army’s combat vehicle fleet.

When the contract was signed, GDLS-Canada, the Army and the government knew the timelines would be tight (https://canadianarmytoday.com/the-agile-eight-leveraging-the-lav-6-0-for-armoured-combat-support/).

GDLS-Canada and its more than 30 suppliers overcame a number of obstacles, but “we completed this vehicle on schedule despite a global pandemic,” said Monahan. “We are on schedule to complete our first ambulance, the second ACSV variant, by this summer.”

Defence Minister Harjit Sajjan acknowledged the challenge of delivering vehicles despite “incredibly difficult circumstances” created by the pandemic. But he said the improved reliability and protection from weapons and explosives offered by the LAV 6.0 “is so important because they are part of the backbone of our domestic and international military operations.”

Production on the first vehicle began in late summer 2020 and deliveries of all 360 will continue through to February 2025. Testing, training, and procurement of spare parts will be required before the initial vehicles are distributed to Army bases in 2022.