The Agile Eight: Leveraging the LAV 6.0 for armoured combat support 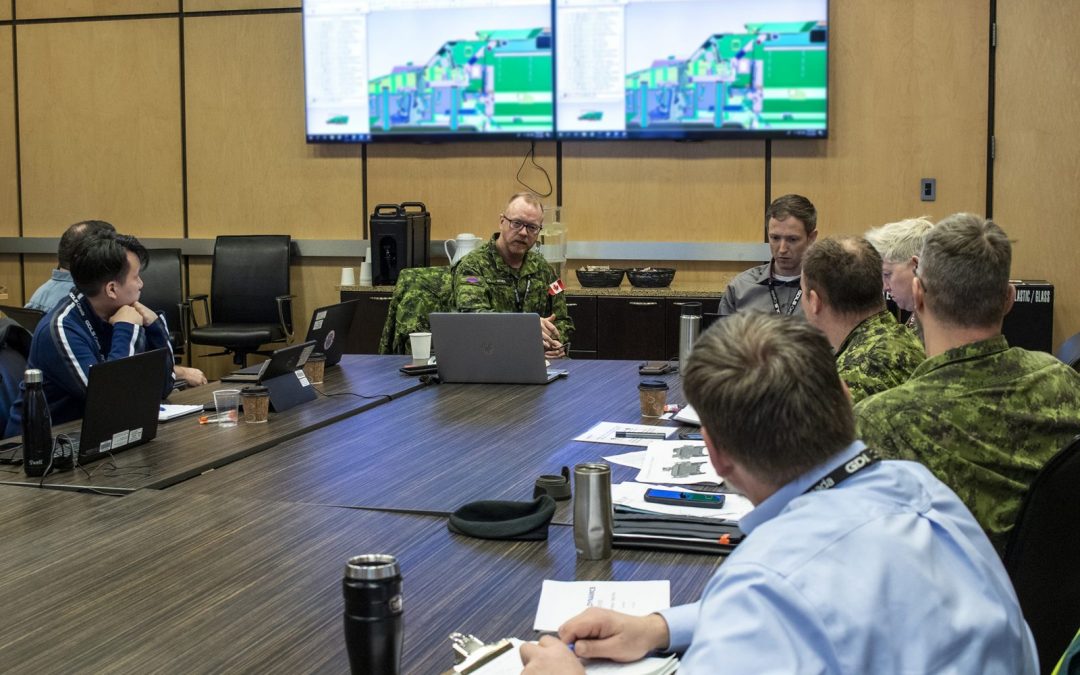 Collaboration between the Army and an equipment manufacturer is standard practice once a contract is signed and the two parties begin fine-tuning the capability that will be delivered.

It is rare, though, that a project the magnitude of the Armoured Combat Support Vehicle (ACSV) is able to accelerate at the speed demonstrated by the small team from the Directorate of Land Requirements (DLR) and Assistant Deputy Minister Materiel (ADM Mat) and General Dynamics Land Systems-Canada (GDLS-Canada).

In the weeks and months that followed, the ACSV project team invited GDLS-Canada engineers to Army bases in Kingston and Petawawa, Ont., to meet with the “user communities” of each variant to understand the mission-specific payload equipment. A reciprocal visit followed to GDLS-Canada in London, where the teams pored over CAD drawings and conducted human factors engineering reviews to adjust the designs, layouts and interfaces to fit soldiers’ needs.

The ACSV will be built on the same chassis as the Army’s primary fighting platform, the LAV 6.0, and will deliver a highly mobile and protected vehicle system able to provide command support, combat support and combat service support capabilities to forward elements of a brigade group formation during expeditionary and domestic operations.

As part of the fighting echelon, the ACSV must have mobility and protection commensurate with the current combat fleet of the Leopard Main Battle Tank, the LAV 6.0 and the Tactical Armoured Patrol Vehicle, explained McNeil.

“The catalyst for the sudden shift into gear was the 2017 defence policy, Strong, Secure, Engaged (SSE), which outlined Initiative 36 directing the Army to replace its family of armoured combat support vehicles,” he said. “We have been able to advance this procurement because the ACSV capability is well-known and well-understood – we have been using the LAV 6.0 for many years.” 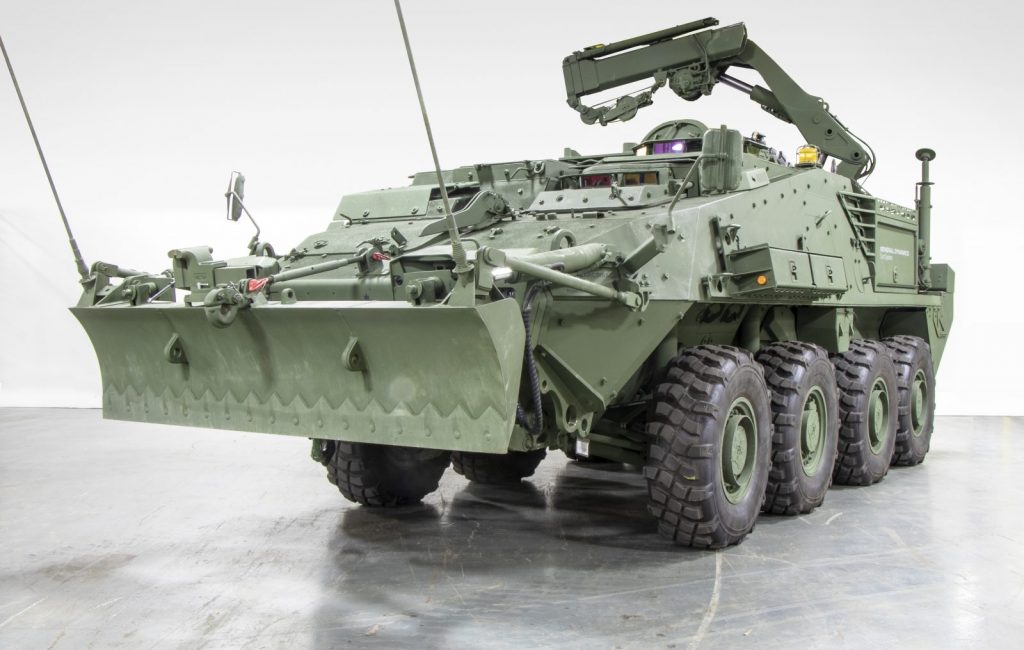 The Army has been analyzing options to replace the LAV II Bison and M113 since at least 2012. The M113 personnel carrier first came into service in 1964 and the Bison has been operating alongside the Army’s combat fleets in various roles since the mid-1990s. Though both have undergone extensive retrofits and life extension programs, they are fast approaching the end of their expected life.

Though the DLR team looked closely at a number of options currently in service with allies, by sharing a common base with the LAV 6.0, the ACSV “leverages commonality and training, force multipliers that offer a number of operational advantages to include efficiencies in standardized training and sustainment, as well as the availability of common spare parts to support operations,” said McNeil.

Given the magnitude and increased pace of the project, McNeil sought to ensure the project objectives, linked to validated operational requirements, were established as early as possible, while still adhering to a comprehensive departmental project approval process, by soliciting advice and assistance from specialists for each of the respective variants.

“Normally, a project has two years to define and shape the requirements. Eight variants or mission specialist functions on one common chassis presented a new meaning to project complexity when it came to delivering operational requirements,” he said. “Each variant presents distinct and specialized payload and configuration to deliver a tactical and operational effect in the battlefield.”

To better manage the compressed schedule, McNeil facilitated site visits and discussion between the user communities and GDLS-Canada engineers and developed the Human Factors Engineers Assessment Review plan “to expedite and assist in articulating and clarifying Army requirements.

“[I] cannot emphasize enough the value and importance of having the user express and articulate their operational requirements directly to the designer of the vehicle,” he said. “In the end, it is the soldier who will command and work from these platforms on combat operations.”

The process was equally illuminating for GDLS-Canada, said Christa Hammond, program manager for the ACSV. “It has been a very collaborative engagement with the users to understand the interior layouts of the vehicles and then design them accordingly. Where should the comms be, where should the display for the Remote Weapon System be [positioned]? Optimizing where personal kit and workstations will go. There was a lot of interesting discussion about things that we may not think about like, ‘could you put a lip around a desk so my pen doesn’t fall off.’ That’s a simple design change, but it goes a long way for the person who is going to operate in the back of the vehicle.”

The ACSV will differ significantly from the fleets the variants are replacing by providing crews and troops with enhanced power, mobility, longer operating ranges, protection, firepower, and safety features – all platforms will come with energy attenuating seats to protect from blast threats.

The most notable design difference is the absence of a LAV 6.0 turret and a higher roof for the rear compartment, allowing for more cargo, ambulance litters or command and control functions. Since the crew commander’s station is within the turret, the Army and GDLS-Canada teams had to configure a commander’s station within the interior of each variant.

For the ambulance, the company and Army medics spent hours going over the steps medics follow to complete certain emergency procedures. “Working with the medics was a very interesting activity for our engineers. It was extremely beneficial to understand how they do what they do and the challenges that they face in that role,” said Hammond.

The electronic warfare variant, part of an ongoing modernization of EW capability, posed a unique challenge in that, while engineers had the dimensions of equipment, they couldn’t physically see or touch it. “We have structured that vehicle with a rack system that allows them to house their equipment. We don’t know the individual boxes but we know the space claims, power requirements and weight,” she said.

Building on the common chassis, the Army is also striving for a significant amount of modularity in the design of the ACSV family. The design and structure of the TCV, Ambulance and Command Post, for example, are identical and mission specialist payloads could be interchangeable, if required. “Depending on where they are deploying and what their concept of operations is, they have greater flexibility in terms of which vehicles they require and they can pull from within their own assets,” noted Hammond.

The first vehicle, a multi-purpose Troop Cargo Vehicle, will begin production later this year and is expected to roll off the assembly line, followed by the Ambulance and Command Post, in 2021. The three variants will then undergo Reliability, Availability, Maintainability and Durability (RAMD) testing, tentatively scheduled for the early winter of 2022. Follow-on RAMD testing will be conducted for the subsequent vehicles as they are produced. The project is aiming to field all 360 platforms around 2025.

“The ACSV, although sharing a common base as the LAV 6.0 will undergo a series of comprehensive engineering and operational field tests and trials before they are fielded,” said McNeil. “The scheduling and planning of these activities are well underway.”

Though the final agreement came together quickly, GDLS-Canada has been positioning for the program for several years, unveiling demonstrators based on the LAV 6.0 platform at the CANSEC trade show the past three years. “From our perspective, we have been pursuing this for quite a while,” said Doug Wilson-Hodge, manager of communications and government relations. “When the Army and [the government] decided it was time to move on this contract, we were ready.”

The contract comes as the LAV 6.0 upgrade program is winding down – the last of 550 modernized LAVs were delivered to the Army in April 2019 – and will help sustain the current workforce in London, Ont. “It is timely for us,” said Wilson-Hodge.

SSE may have provided the momentum for the project, but both Hammond and McNeil admit it came together much faster than expected, and it continues to involve a high degree of cooperation and collaboration. While it helped having the LAV 6.0 as a blueprint and not a blank sheet of paper, McNeil credits the Army leadership in supporting the project through the rigorous approval process and the skill of a small, agile and highly experienced DLR and ADM (Mat) team in shaping and delivering the ACSV project so swiftly.