What happens when you turn drones over to troops? 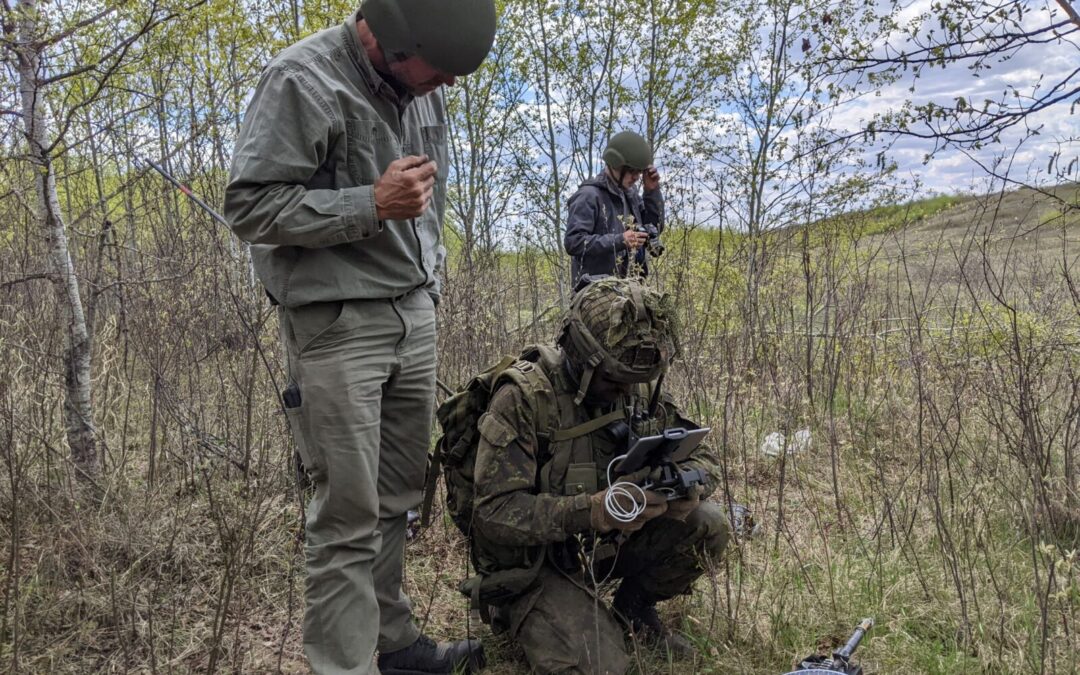 Sometimes you have an idea that is so good even you are surprised. When Jack Collier showed up at this year’s Exercise Maple Resolve in Wainwright in May, with a batch of Uncrewed Aerial Systems (UAS), he anticipated that members of 1st Battalion, The Royal Canadian Regiment, would find them useful.

Collier and his colleagues in the Autonomous Systems Operations Group at Defence R&D Canada (DRDC)–Suffield Research Centre wanted to see just what the troops on the ground would do with them and, he said, “see how that should influence our research program going forward.”

What he wasn’t prepared for was “the degree to which the UAS were used.” The team had brought along 20 multi-rotor UAS. Nothing special, just a mixture of off-the-shelf military and civilian models, but all small enough that they could be “carried in a backpack,” and easily deployed. They were given to members of the battalion’s recce platoon and other infanteers, all of whom had been previously trained as UAS operators.

“Something I found interesting: The pilots at Maple Resolve were all newly certified,” Collier said. Most had just 10 minutes of flying time. “But they were more than able, with us watching over their shoulders, to get comfortable operating the UAS. On the last day, we had about four UAS up at the same time for multiple hours, looking at how the opposition force was moving on their objective, so we were prepared for their attacks.”

Ease of use wasn’t the only surprise. The UAS were all capable of thermal imaging, typically employed at night, but “even during daytime thermal imagery can be very useful for looking through brush and trees,” he said.

Based on what they saw on Maple Resolve, Collier’s colleagues will be working on various tweaks that may make UAS even more useful in the future, for instance possibly incorporating what the UAS “sees” onto a map to help the operator orient the unit better. The DRDC team are also looking into how they can carry their research forward, perhaps through cooperation with the Infantry School or the Directorate of Land Requirements.