Trials and evaluations: The unit that can put any piece of equipment through its paces 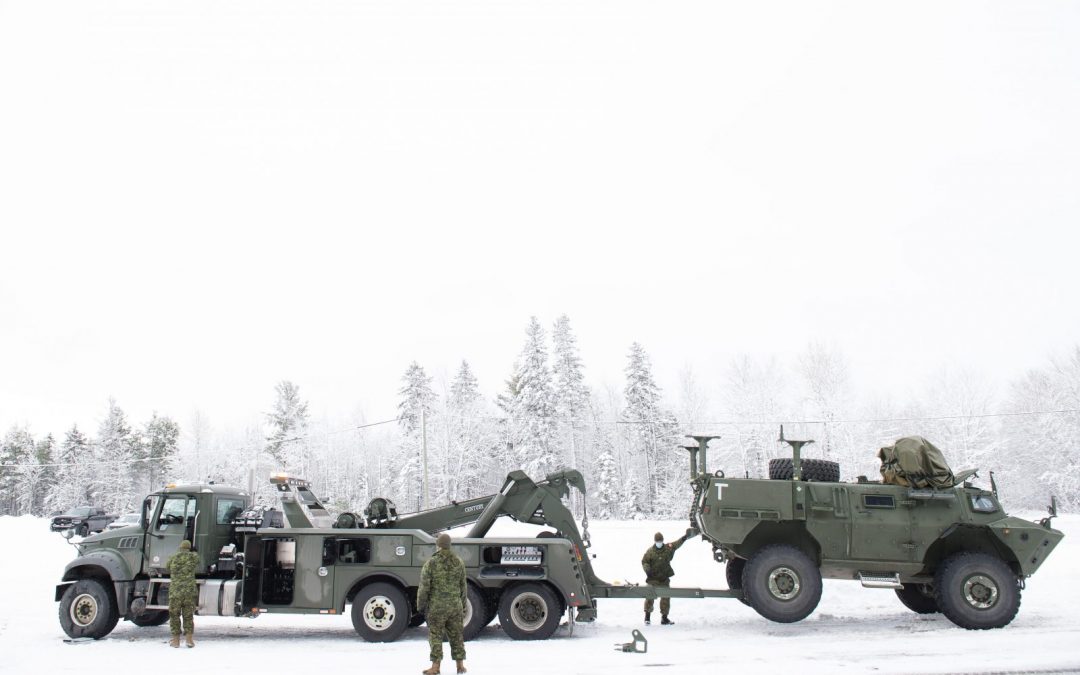 You could do worse than borrow from the marketing campaign of Dos Equis: You might not always need an equipment trial, but when you do, use CATEU.

Like The Most Interesting Man in the World, the Canadian Army Trials and Evaluation Unit (pronounced katoo for short) has its share of noteworthy tales, some of which even involve stuff blowing up. But like the beer, the unit needs a campaign to build its brand.

Project directors from the Directorate of Land Requirements (DLR) who have tapped its expertise to put new equipment through its paces and evaluate form, fit and function have high praise for the unit. But many still remain unaware of the capability.

“We are a hidden gem and I do think amongst the Army as a whole, and from commanding officers I’ve spoken to, many don’t know who we are and what we do,” acknowledged Major Mike Chagnon, commanding officer of the small unit nested within the Combat Training Centre at 5th Canadian Division Support Base Gagetown.

Chagnon assumed command in July 2020 and immediately put marketing near the top of his to-do list. An infantry officer of 25 years with The Royal Canadian Regiment, with Joint Command and Staff College, project management experience and several operational tours under his belt, advertising is not his forte. “But I set out as a goal when I took command to spread that word.”

CATEU was stood up in 1998 as the Land Force Trials and Evaluation Unit, a recognition at the time by the Army commander the service needed a unit dedicated to equipment testing and confirmation that was separate from the Land Engineering Test Establishment in Ottawa. In those first years, projects were modest – work on ballistics, fuel consumption, weapons – and often human factors related, proving the ergonomics of a new vehicle.

Over time, the portfolio has expanded to trials of more complex systems and to evaluations of future capabilities the Army is considering, such as unmanned ground and micro aerial vehicles. CATEU’s customer-base has also grown beyond DLR to including Defence Research and Development Canada (DRDC), the Quality Engineering Test Establishment at National Defence, the Build in Canada Innovation Program, now known as Innovation Solutions Canada, and others such as the schools at the Combat Training Centre (CTC).

CATEU, however, is often a late contributor to any equipment project. Perhaps because of its low profile, the unit is frequently engaged by project directors after requirements have been written and even after equipment has been selected.

Chagnon was part of the Medium Support Vehicle System—Standard Military Pattern logistics truck project in 2016 and said CATEU’s evaluation of the truck “was the first time the chassis, the box in the back and the trailer were integrated, and we knew the trucks were being delivered within months after that.”

One of his goals is to get the organization involved in procurement projects earlier in the process. CATEU has a modest team of around 30 personnel comprised of trial officer teams, support staff and image technicians. But it has access to soldiers in the 2nd Battalion, The Royal Canadian Regiment (2 RCR) and the eight schools of CTC, as well as units across the country, all of whom are proficient at pushing new equipment to its limits and beyond and offering frank assessments of its utility in the Army.

As software and interoperability increasingly become the defining factors in new capabilities, early feedback from soldiers could prove invaluable to de-bugging and de-risking projects. It could also flag necessary changes well before they become expensive fixes. 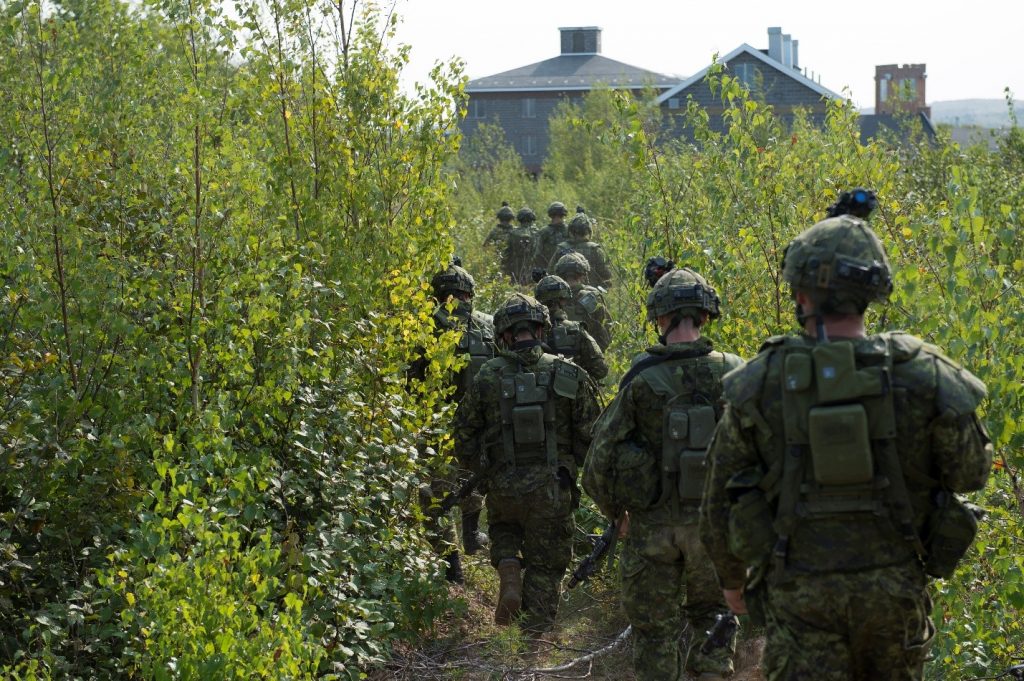 Members of 2 RCR converge on an urban operations training village in Gagetown during a CATEU-supported evaluation of the new UOT system. Photo: Cpl Stephanie Labossiere

There has been more awareness in recent years, Chagnon noted. CATEU is now dialed in to Army Capabilities Development Board meetings and “can see what’s on the horizon” and how and where it might play a role.

That is reflected in the unit’s planning forecast for the next year. Typically, CATEU might have seven to eight trials earmarked for a given year, a few of which might be postponed or cancelled. Over the next 12 months, 12 to 15 projects are already on the calendar and Innovation Solutions Canada continues to generate calls for proposals, meaning more requests could be forthcoming.

“Some of these are in a supporting role—we are not doing the detailed test planning and analysis afterwards—but for some we definitely are,” said Chagnon.

While COVID-19 could affect the schedule, CATEU has managed to move forward on a number of projects even as it has negotiated the restrictions imposed by the bubble around the Atlantic provinces and limitations on non-essential travel. Few project teams have been able to travel to Gagetown, but CATEU has been able to send trial teams elsewhere, providing they quarantine.

“COVID has caused some delays in terms of being involved in collective training exercises,” said Chagnon, “but we are planning to do all those trials. If we have to adjust the plans because of the pandemic protocols in place, we will.”

The trial of a commercial heavy wrecker under the Enhanced Recovery Capability project, for instance, was temporary slowed due to travel restrictions, but CATEU held regular virtual meetings with the DLR team “to make sure what we were testing was in line with what they want to test.” (The trial was completed in late March.) It’s also planning for trials with three possible options for the Army’s Advanced Water Supply System project before the DLR team finalizes requirements and the government issues a request for proposals, and for a light infantry trial with a first iteration of kit for the Soldier Operational Clothing and Equipment Modernization project.

Last fall a CATEU trials team conducted site acceptance testing of the first Urban Operations Training System in Gagetown, a fully instrumented training “village” also being built at bases in Valcartier, Que., Petawawa, Ont., and Wainwright, Alta. With the DLR team unable to participate at this first site, CATEU completed the final tests and led a trial run with soldiers from 2 RCR and urban operations instructors from the Infantry School to assess the GPS tracking system, sound, smoke and odour systems, pop-up targets and door-breaching systems.

“We got really good feedback on the various sounds, smells and other aspects of the system,” said Chagnon.

Soldiers and instructors were also able to see how the tracking and after-action reporting system immediately “helped them get better,” he added. “Knowing that subsequent villages are being upgraded in Valcartier, Petawawa and Wainwright, they’ll be able to make some fine-tuning adjustments in those future iterations.”

CATEU was also able to send a team to Petawawa in the late fall to support 2 Combat Engineer Regiment (2 CER) in the evaluation of a possible contender for the Light Vehicle Tactical Bridge project, part of the Army’s larger Bridge and Gap Crossing Modernization program. Over a week, 2 CER constructed, launched and recovered the bridge under different day and nighttime conditions while CATEU gathered data and feedback. “Even though it took a bit longer to build and take apart than expected, the unit was very happy with it and kept it so they can still use it and provide feedback to the company,” he said.

COVID-19, however, has delayed several trials for Innovations Solutions Canada projects. An evaluation of an unmanned automated patrol vehicle for perimeter security will be completed later this summer after a camera system from Europe was delivered late. And a soldier-held GPS tracking system for Reserve units to monitor movement, provide some simulation in training and help with after-action reviews has been extended until the Reserve units resume collective training.

“We have done a bit of testing here with the CTC schools, allowing the courses like the advanced reconnaissance patrol to use the tracker just to make sure we can collect data,” Chagnon explained. “But it’s for the Reserve and though the company is happy with the data they have received from us so far, without the Reserve units having a chance to play with it and see how useful it is to them, they want to wait until things open up.”

Whenever possible, CATEU strives to put equipment in the hands of field soldiers and have them test the limits of the capability, said Chagnon. “We want soldiers to be able to play with, break it even, and tell us what works and what doesn’t.”

The unit’s reports, which are usually delivered in 90 days, range from basic user feedback and human-factors input to a detailed assessment of the equipment against manufacturers’ claims and the project’s high-level mandatory requirements. “Depending on how complex the trial is and how much math and science is involved, that will dictate the level of detail in these reports.”

If Chagnon expands CATEU’s brand recognition, he may also have to request more resources as demand for its services increases. Most of the unit’s trials teams have completed the Army’s Technical Staff Officer or Technical Warrant Officer programs, but you don’t need a science or engineering background to put new equipment through its paces, he stressed. “It is definitely a mindset. Having fresh minds has definitely been an asset to the unit.” 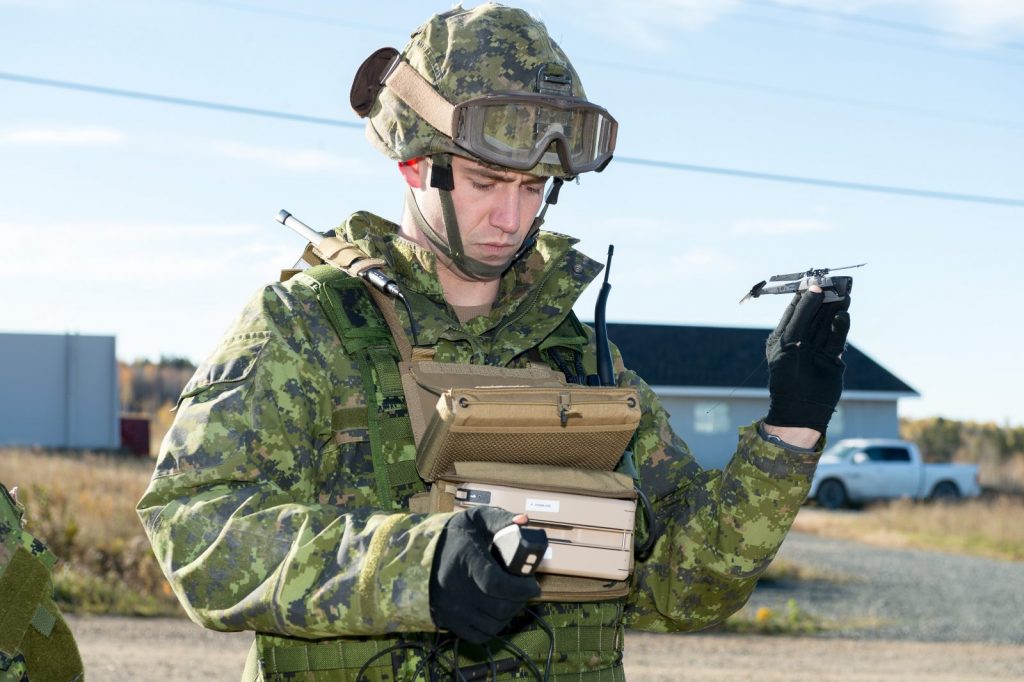 CATEU has conducted and supported trials of everything from wreckers and bridges to (pictured) micro unmanned aerial systems. Photo: DND 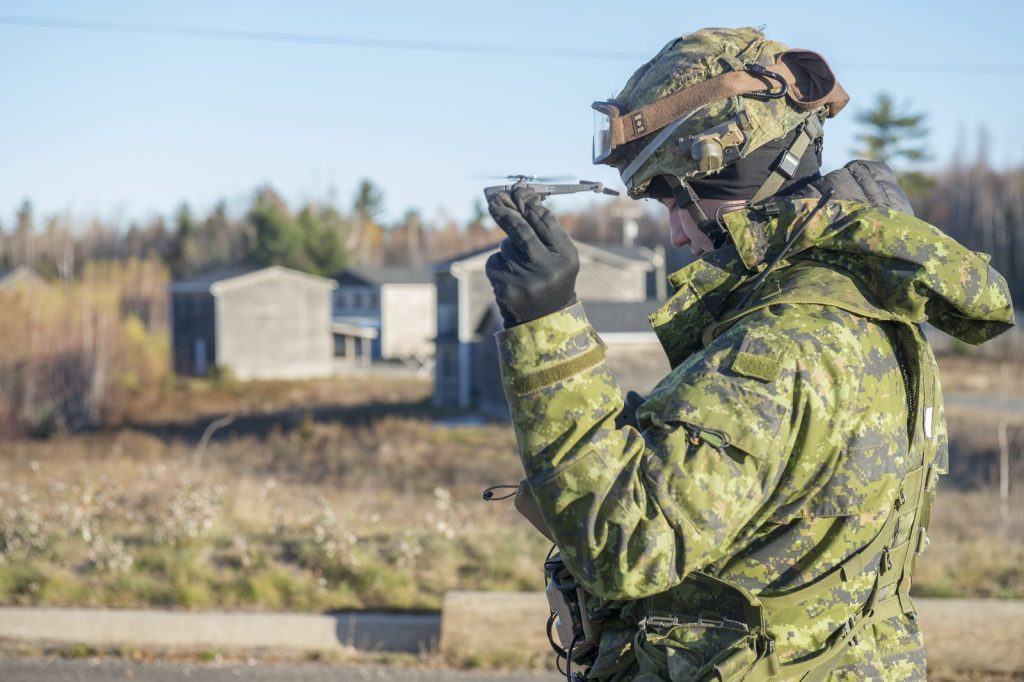 The Black Hornet micro UAS was tested in a variety of operational conditions by CATEU in Gagetown in 2018. Photo: DND