Time for a new tank killer 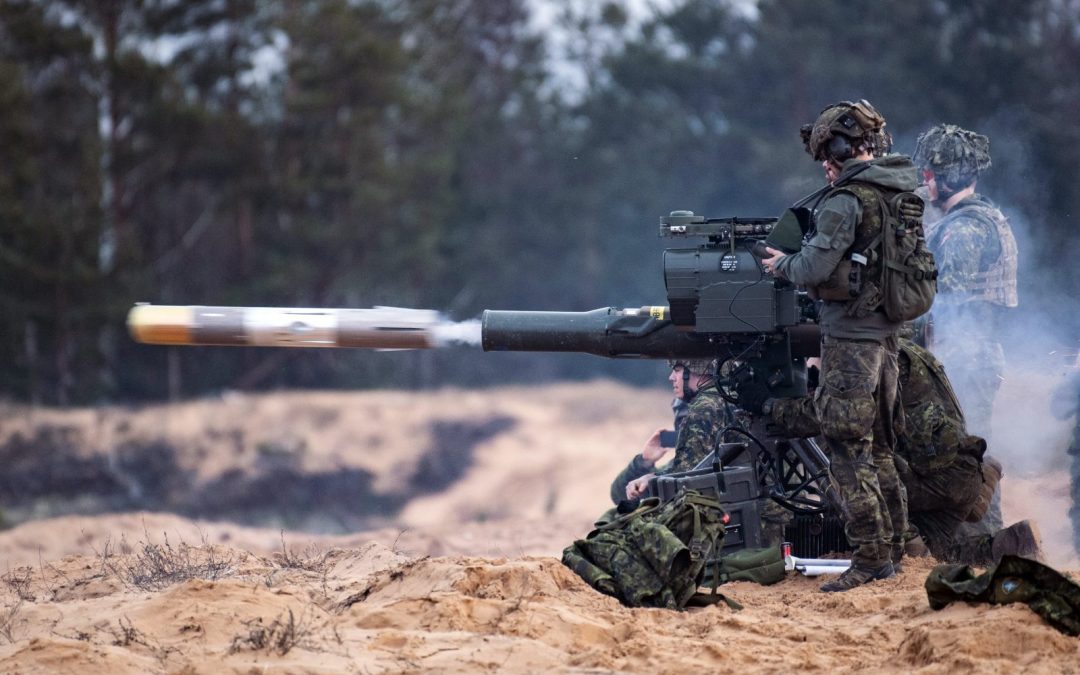 The steady build-up of Russian tanks and armoured vehicles along Ukraine’s northern and eastern borders was a stark reminder of the relevance of anti-armour capability. Since the early 2000s, as priorities shifted from the Cold War to combat in Afghanistan, to potential conflict with peer adversaries, the Canadian Army has divested aging mounted and portable anti-tank systems and has yet to replace them with a more modern means of destroying tanks and fortified structures.

“We are overdue for a new anti-tank capability,” acknowledged Major Carl Gendron, who leads the Directorate of Land Requirements (DLR 5-1) dealing with small arms acquisition projects. Among a lengthy list that includes everything from pistols to sniper rifles is the Anti-Tank Guided Missile Replacement (ATGMR), a relatively modest project valued under $1 billion for a multi-purpose, anti-armour and anti-structure, portable and mounted weapon.

The Army’s sole tank destroying capability at present is the BGM-71 TOW (Tube-launched, Optically-tracked, Wire-guided) heavy anti-tank missile, developed by the Hughes Aircraft Company (since acquired by Raytheon Missiles & Defense in 1997) and first fielded in the 1970s.

Variants of the BGM-71 are still in wide use by almost 50 countries. But the semi-automatic guided TOW is a less than ideal weapon against modern main battle tanks with sensors able to detect optics in the battlefield. The TOW requires a shooter to continuously track a target with its optic sensor until the missile strikes, exposing soldiers for the duration, especially when two rounds might be required to defeat an active defensive system.

“When you are facing modern armor with enhanced detection capabilities and long-range guns in that kind of scenario, it becomes a very dicey proposition to go after a main battle tank in this way,” Gendron noted. 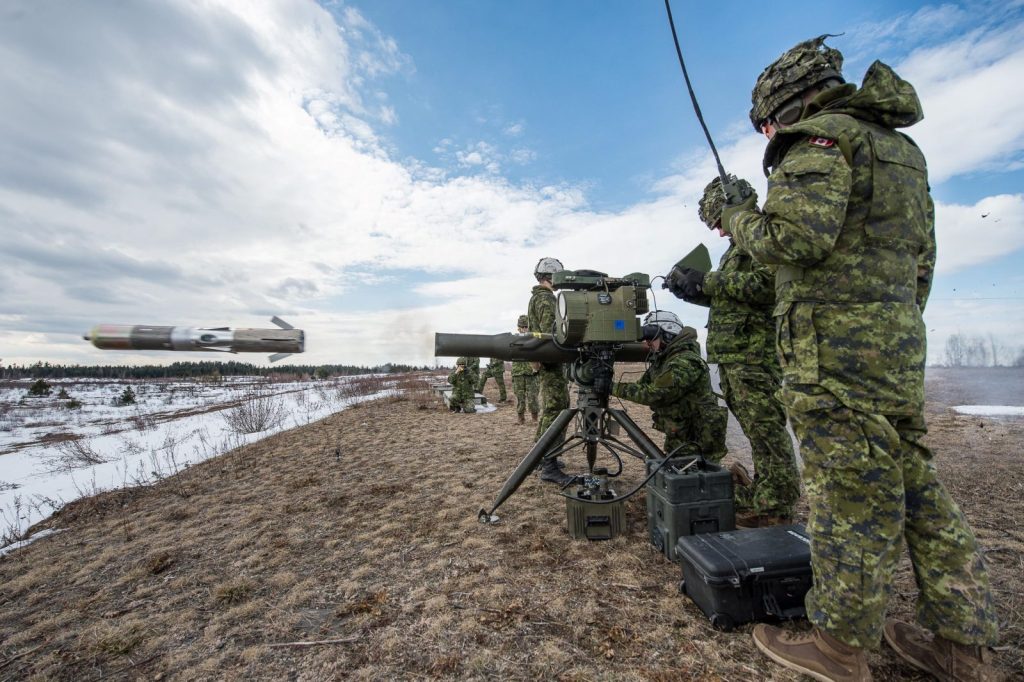 So, the Army is pursuing a new generation of missiles that can be employed in various modes like direct fire, fire-and-forget, lock-on-after-launch and fire-on-grid designated by somebody else. “If you cannot safely observe the target, you want to be able to launch a missile from a safe position and then acquire the target when it comes into view or just input a grid and have the missile bring you over the designated area to acquire and hit the target,” he said.

The aim is to keep the human in the decision-making loop, while giving soldiers a non-line-of-sight capability to strike targets from behind the protective cover of buildings or terrain.

“Even if I am totally out of sight of the target, I can fire on a grid area, control the missile and lock on a target once I can see it,” Gendron explained. That includes the ability to drop a round directly on top of a vehicle. “When we say we want to put a missile down the hatch, it is not a figure of speech.”

Gendron noted that main battle tank defensive systems are “pretty efficient at stopping missiles that are coming head on,” so as with the TOW, the next generation system must be able to fire two rounds in rapid succession, one missile to commit the defensive system and the second to breach and destroy the target.

As with the requirements for most new capabilities, the Army wants to shed weight and size while increasing range. Though the anti-tank system will have the option of being mounted on a vehicle, the intent is a solution that offers greater agility for dismounted infantry than the current TOW. Sprinting 100 metres or more to take up a position in a tree line or on an upper floor of a building is no easy feat with the BGM-71. Gendron wants less than 75 kilograms of kit for a three-person team carrying a control launch unit, a tripod and four missiles.

“It’s not something they would carry for a long period of time,” he said, “but we want to be able to deploy it down to the dismounted section level. If we wanted to stop a big armour push, we could grab two guys from each section to form a super anti-tank defensive position.”

As for range, the Army requires a system able to strike targets from four to five kilometres away and defeat anything on the battlefield. It also wants thermal capability for night and low visibility operations. But above all, the new system must be easy to employ. “This is not a task for specialists,” Gendron said. “We want any infantry soldier to be able to take it and use it.”

He noted most of the systems he has tested are more intuitive than ever and have controllers like an Xbox. “You just put your hands on it and it feels natural.” In one instance during a manufacturer’s demonstration in a simulator, he accidentally fired the missile but was able to figure out the controls within the 30 seconds it took to reach the target. 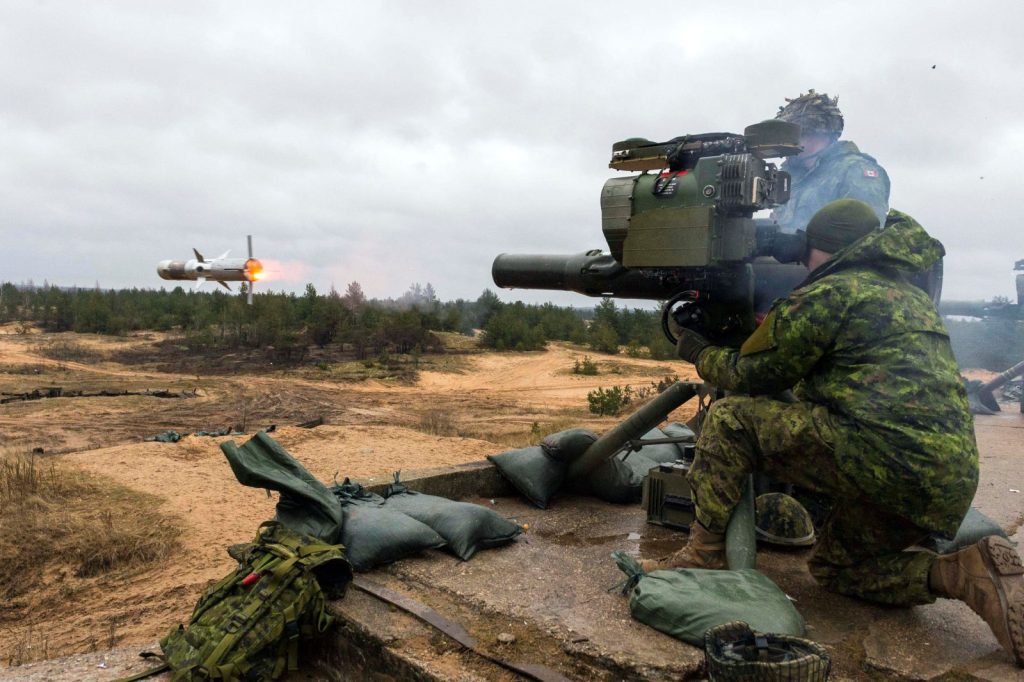 The Army has attempted to replace its anti-tank capability before. Under a project called ALAWS (Advanced Lightweight Anti-Armor Weapon System), DLR sought a short- to medium-range anti-tank guided missile to replace ERYX, an MBDA-produced short-range portable wire-guided anti-tank missile that entered service in 1994. The ALAWS project ran into trouble in 2007 and was ultimately shelved in 2010 due to more urgent priorities. “This is a bit of a reboot of that,” Gendron admitted.

At the time, the joint Raytheon and Lockheed Martin developed FGM-148 Javelin and a variant of Rafael’s SPIKE were considered the two most likely options. Today, the number of contenders remains small, but keen interest is expected from those such as France’s MBDA and Israel’s Rafael once formal industry engagement begins.

The ATGMR project is still in the identification phase, but Gendron hopes that with some push a request for proposals could be released around 2025, after more urgent projects such as the Canadian Modular Assault Rifle are near implementation. Until then, the BGM-71 remains serviceable, albeit on its final legs.