The guns of avalanche season 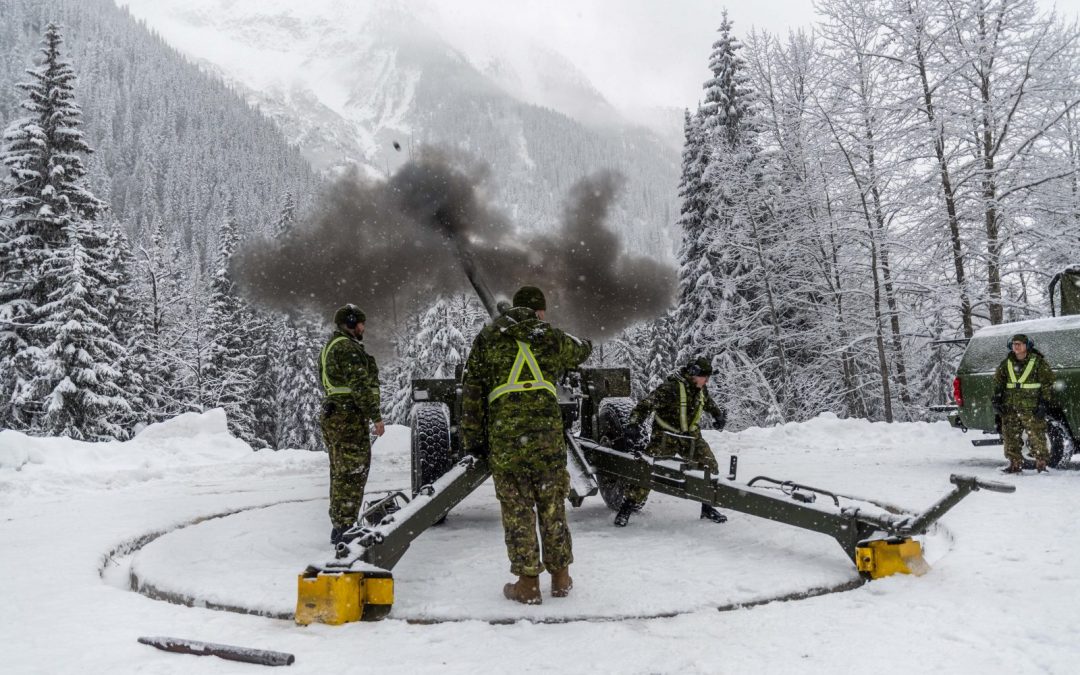 The flooding and mudslides that closed major highways in British Columbia last November were a powerful demonstration of how quickly Mother Nature can sever critical arteries connecting western ports from the rest of Canada. Each year, the Canadian Army plays a small but crucial role ensuring rail lines and a stretch of the Trans-Canada Highway through Rogers Pass remain open to traffic.

At an elevation of 1,330 meters, the Pass through the Selkirk Mountains can see more than 12 metres of snow in a typical year. And around 4,000 vehicles and as many as 40 trains will traverse the mountain in an average winter day.

To prevent avalanches from cascading across those vital routes, members of the Royal Canadian Artillery employ a modified C3 105-mm Howitzer to disrupt snow build-up along the rock slopes above the highway and railway, setting off controlled avalanches before they can occur naturally.

Known as Operation Palaci, the program has been conducted in support of Parks Canada for more than 50 years under an agreement between the federal agency and the Department of National Defence. Rogers Pass cuts across a federal national park. Where most national parks feature signage along trails warning of bears and other wildlife, signs in Glacier National Park warn of artillery.

Shooting at snow might seem a strange expenditure of artillery ordnance, but it makes sense when you see the dangerous conditions gunners are mitigating. “We don’t have restrictions on weather like helicopters or the explosive devices [Parks Canada] may use and we are able to reach targets that maybe … they can’t reach,” explained Master Bombardier Marc Vivier, the second-in-command of a detachment from the 1st Regiment, Royal Canadian Horse Artillery (1 RCHA). 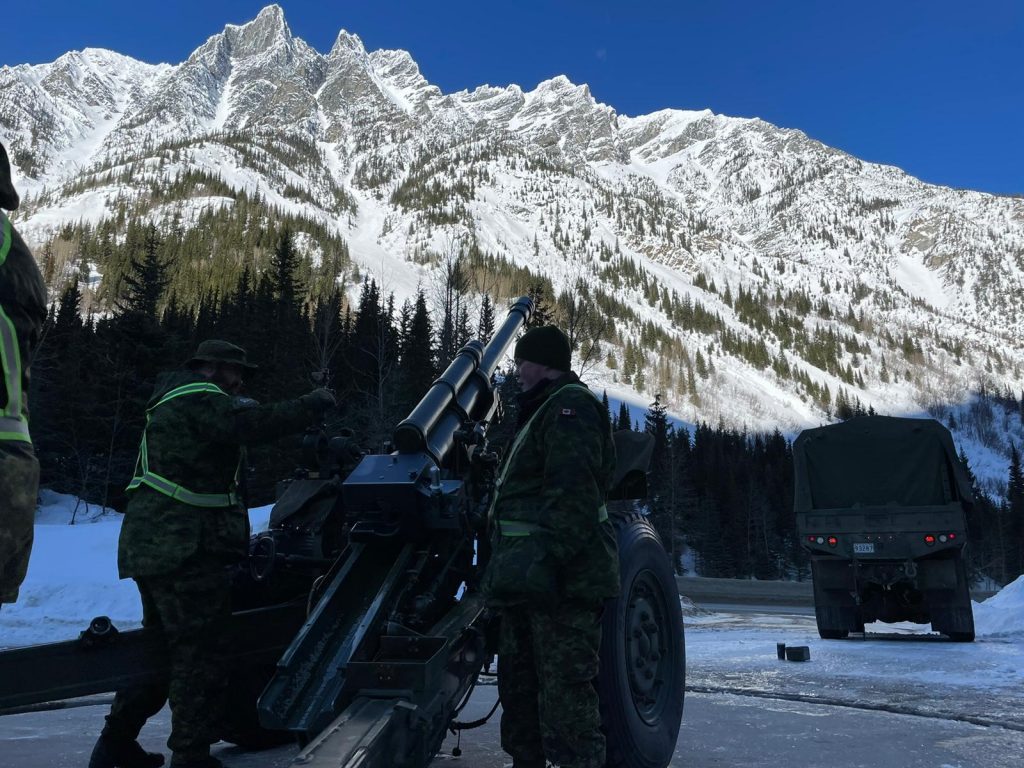 The operation is conducted from November to April, with two three-month rotations of up to 20 gunners drawn from 1 RCHA in Shilo, Manitoba, and Reserve members from artillery units in Western Canada.

The “targets” are selected by Parks Canada scientists, who monitor the snow conditions and predict where and when an avalanche might occur. The gunners are co-located with Parks Canada staff in a compound of snowplows and road maintenance equipment about halfway through the 120-kilometre pass. Each morning the detachment command team meets with agency staff to get an assessment of the snowpack and avalanche risks. If the guns are required, Parks Canada provides a target package and timings.

“They control the shoot,” said Vivier during a break on his second rotation in the past 12 months.

To minimize traffic delays along the busy route, fire missions are usually conducted overnight, beginning late in the evening and running for six to eight hours until about 5:00 am. (The operation is sometimes “paused to let traffic through” if too many vehicles are delayed, he said.)

Once the highway is closed, two fire teams, under escort from Parks Canada staff, will leapfrog one another with C3 Howitzers modified to fit 17 concrete platforms along the Trans-Canada. The ammunition, stored separately from the detachment, is brought to the fire team at each position.

The targets can range from three to five kilometres up the mountain slope, and Parks Canada sends a team to recover any unexploded ordnance.

“The fuse we use is more sensitive to the snow,” said Vivier. “It will detonate and explode, sending a burst of high energy in all directions to release those weak layers of snow. It looks like a snow blizzard when it hits.”

Vivier joined 1 RCHA in 2014 and admitted participating in Op Palaci has been on his wish list ever since he arrived in the flatlands of Shilo. “It is beautiful up here. But what we do makes sense when you see how much snow can fall.”