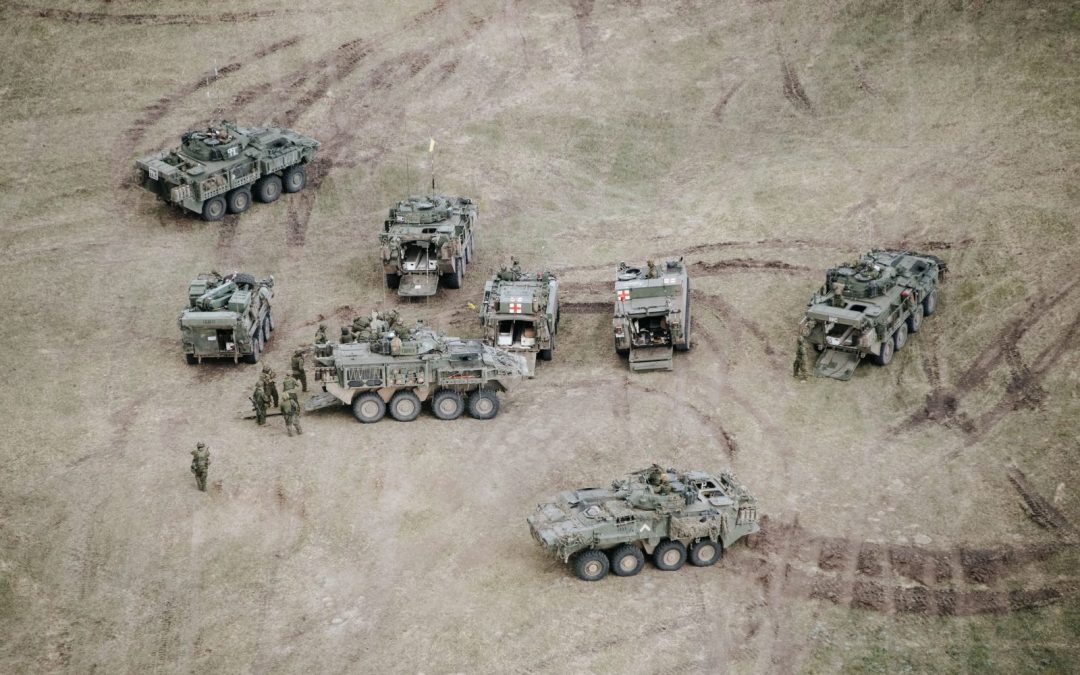 There is ready. And then there’s ready.

Back in May 2021, General Dynamics Land Systems Canada posted a video on YouTube featuring its new Armoured Combat Support Vehicle (ACSV). Anyone watching their presentation, a glitzy affair with lights and camera angles that owed a lot to a rock video or the staging of a Paris runway show, could be excused for thinking the vehicle was ready. Wasn’t it?

Well, yes. And no. Yes, the first version of the multi-faceted vehicle, the troop/cargo vehicle (TCV), rolled off the line at GDLS-Canada’s plant in London, Ont., in December 2020. But then, no. GDLS-Canada held onto it to make sure it was ready for the next stage.

That next stage boils down to an acronym: RAMD – Reliability, Availability, Maintainability and Durability – a testing process that every vehicle has to go through before being, finally, declared ready for delivery to the end user.

Although it affects them, “this is a testing program that is not visible to the soldier,” says Major Mark McNeil, the project director for the ACSV program with the Director Land Requirements. McNeil, the operational requirements team leader, has shepherded the ACSV project through from beginning to end and is often referred to as the program’s “institutional memory.” Those four pillars of RAMD let the Army know their new purchase “does exactly what it says on the tin.”

Based on the LAV 6.0 – as McNeil puts it, “from the one metre mark down, it’s basically the same vehicle” – the ACSV nevertheless is “a unique, challenging and complex project. Normally we’re delivering one vehicle; here we are delivering eight unique variants.” These will serve as troop/cargo, ambulance, command post, engineer, electronic warfare, maintenance recovery, mobile repair team, and fitter/cargo vehicles.

The Army originally expected to begin receiving the new ACSV around 2025, but in a move unusual in the annals of Canadian military procurement, the selection and production were accelerated by nearly four years with the release of the 2017 defence policy, which fast-tracked the Army’s need for an updated armoured support vehicle to replace aging fleets of Bisons and M113s.

GDLS-Canada will build 360 vehicles in three separate phases according to complexity. The first, and simplest of these differing configurations was the TCV, the debutante of the aforementioned YouTube video. The ambulance began driving off the assembly line this spring, to be followed by the command post in February 2022, the electronic warfare version in 2023, and the remainder in 2024, finishing with the engineer vehicle.

Because of their differences, and because the Army is eager to get them into the field rather than wait for the last vehicle to complete assembly, each group of variants will go through the RAMD process as it becomes available. The testing will focus on three parts: the version’s specialist components, the general chassis, and the remote weapon system. 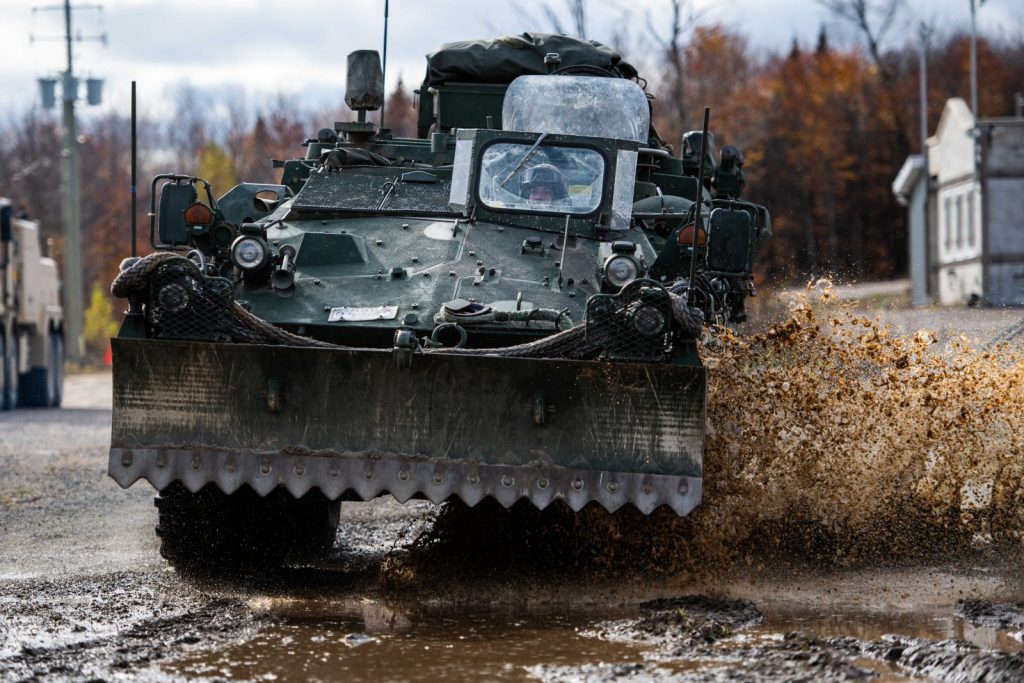 In January 2022, the first examples of the TCV and the ambulance variants will arrive at 3rd Canadian Division. Following preliminary inspections, a unit of 1 Canadian Mechanized Brigade Group (yet to be determined as of writing) will take on the task of supporting the RAMD testing in February. The operators and maintainers will be given a week to familiarize themselves with the new vehicles, a relatively straightforward process given the ACSV’s resemblance to the LAV 6.0.

From the point of view of an onlooker, “it’s basically just driving it around.” Those are the words of Major Sebastien Massicotte, the RAMD Test Director for the project management office at National Defence. Put like that, it doesn’t sound like much. But as he explains, you realize that like the word ready, there is driving and then there’s driving.

The two variants are going to be put through “battlefield days,” says Massicotte, a simulation of the “mission essential functions” the Army expects the vehicles to do. In the field, for example, the ambulance might be called on to shuttle from the front to a rear field hospital several times a day; the TCV to carry a section over long distances.

With the TCV, “we’re looking at 450 kilometres a day,” says Massicotte, “That’s a lot. Forty percent on primary and secondary roads, sixty percent on trails and cross country. A typical day of testing will be 16 hours long, with a mix of driving, high idle and engine off time.”

The goal is to have the vehicles carry out 43 battlefield days, a process that will be spread out over three months. The test days will provide the data to validate the RAMD requirements, confirming the vehicle is truly ready for the Army. Other “mission essential functions” might include heavy use of the ambulance’s litter lift to raise and lower stretchers for transporting patients or, in the case of the TCV, checking to ensure the rear seats are adjustable and fold up properly to allow it to carry cargo.

“Just by driving it around we are going to be breaking stuff,” says Massicotte. “That’s normal, that’s what we want to see. Every time something breaks, we will document it in a strict format.”

If, for instance, a ball joint breaks or a bracket inside shears off during a battlefield day, the test team will try to figure out why it happened. It might be normal wear and tear – or it might point to a deeper structural problem. Having to repair the vehicles will also allow them to validate the repair procedures developed by the contractor. 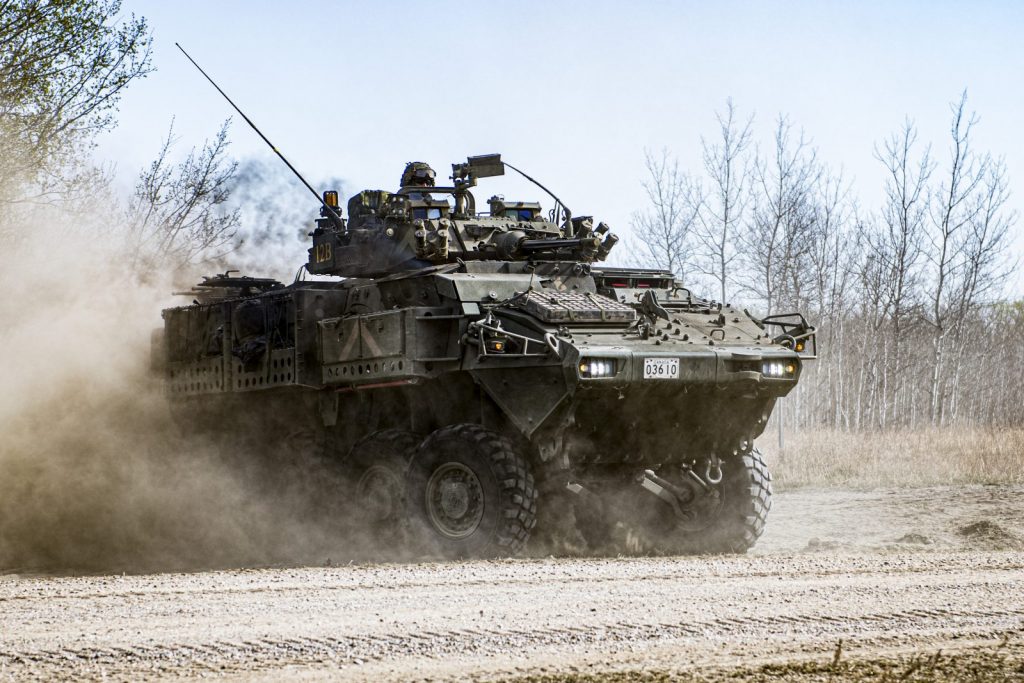 A LAV 6.0 moves into position during Ex. Maple Resolve in May 2021. Photo: MCpl Rod Doucet

Once a month, “we’ll have a scoring conference where each and every incident will be scored,” says Massicotte. “That’s how we will figure out what components would need a redesign.” If all goes well, “by late 2022, the first TCVs and ambulances will be fielded to their units.” The final vessels should be through testing in 2025.

Although the ACSV is based on the LAV 6.0, which has already undergone RAMD testing, the variants still require an equally thorough trial. (It’s worth noting that vehicles can fail RAMD – the Tactical Armoured Patrol Vehicle (TAPV) did and had to undergo another round of testing before it was fielded.)

“It’s not just an update,” says Massicotte. While there are commonalities between the LAV 6.0 and the ACSVs, there are differences, too. And although what they learn from the first RAMD evaluations will have some relevance to the testing of the later variants, the engineer and mobile recovery vehicles, in particular, all are very different in terms of their centre of gravity and how they ride. “Even though the variants do share a lot [with the LAV 6.0], we want to do a thorough check to make sure they meet the standards of the contract. The ACSV is going to be around for at least 25 years.”