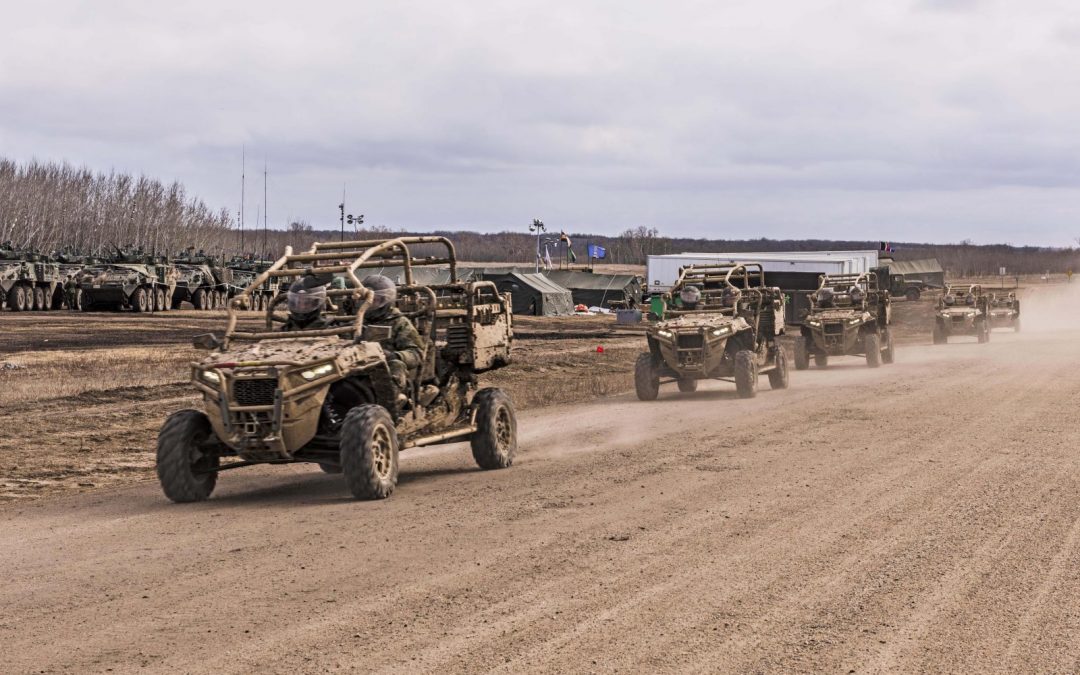 When Canadian Army Light Forces next deploy into a conflict zone, it could be on a fleet of four-wheeled, lightweight, off-road vehicles. A request for information (RFI) went out to industry this fall to help the Directorate of Land Requirements project team fine-tune a capability that would help light infantry reach off-road objectives far quicker and easier than by foot.

“I’ve written the statement of requirements (SOR) for this vehicle based on feedback from the user community and the Canadian Army Land Warfare Center (CALWC), and it will go out along with the RFI to gauge how much of it they can meet and at what cost,” said Major Tony Ross, the project director for what is known as Light Forces Enhancement (LFE).

“We will compare that data and figure out what is realistic in terms of quantity, cost and the capability they can provide. We can then write the project brief and proceed to the definition stage and narrow down the requirements.”

The project received Defence Capability Board approval last October, and the Army hopes to have the first vehicles with its light infantry battalions by 2023 and achieve initial operating capability by the summer of 2024.

“We want to get this capability to the units in line with the [Army’s] 2017 Master Implementation Directive – Light Forces, which saw full operating capability in 2025,” he said.

Ideally, that would be a single platform soldiers can modify in the field to meet their needs. But conversations with potential suppliers suggest the more likely solution is a platform available in two variants, combat and cargo, along with trailers, explained Ross.

The tactical mobility platforms (TMP), as they will be known, should be capable of transporting enough equipment, including weapons, ammunition and water, to sustain soldiers for 48 to 72 hours.

“They will be operated by one driver, with space on the top for a gunner who will be able to operate the section’s heavy weapon systems, up to a TOW missile or automatic grenade launcher system,” added Ross.

Final quantities have yet to be determined, but the plan includes enough for the Army’s three light infantry battalions, as well as the three light engineer squadrons and three light artillery tactical groups.

A first tranche of TMPs will also be delivered to Reserve platoons with mission tasks such as mortars, direct fire support and mobility support, previously known as pioneers. At present, there are three of each within Canadian Brigade Groups across the country. A second tranche may go to Reserve troops tasked with infantry reconnaissance.

The vehicles might also be added to the inventory of specialized units such as light electronic warfare and intelligence support, and to Reserve influence activities companies.

“We figure between 300 and 330 ultra-light tactical mobility platforms,” said Ross, “210 to 230 of the tactical variants and 90 to 100 of the cargo variants. I have proposed a few recommendations of how these would go out, but ultimately it will be up to the Infantry Corps and Corps directors, working with the chains of command, to decide how these are distributed.”

Ross has viewed a number of options and said at least seven or eight vendors could submit bids when the request for proposals is released. Possible contenders include Polaris, Jankel, Haulotte Group, Supacat and DEW Engineering, Plasan, Pardus, Oshkosh Defense, and AADS J8 Jeep.

The Army conducted a buy and try with ultra-light mobility in 2017 and 2018, acquiring and distributing 36 Polaris MRZR-D four-wheeled utility task vehicles and 12 trailers across the three light battalions to determine how well a lightweight off-road vehicle could handle the various operational scenarios in difficult terrain. While the vehicle received some favourable reviews and proved the concept of getting soldiers and gear to a target much quicker than humping in on foot, the trials demonstrated, especially in Quebec, a need for a more robust capability for obstacle crossing in wetlands, forests, and other terrain.

“Whatever capability we provide, it has to be better at obstacle crossing,” he said. “But the MRZR did meet a lot of the needs of the Light Forces in that it provided that platform to carry gear and get soldiers around quickly, especially out West on the prairies.”

The Canadian Special Operations Forces Command procured the Polaris DAGOR, a larger variant of the MRZR, and took delivery of the vehicles in late 2017 and early 2018.

Arctic capability is not a core requirement to the LFE project – the Domestic Arctic Mobility Enhancement project will acquire the Army’s future primary over-ice and -snow vehicles – but the TMPs must be capable of operating in the North. “The SOR says the TMP combat and cargo variants must operate at -40 C and over ice and snow, though they would probably be deployed to the Arctic in warmer months,” he noted.

Any conversation about LFE invariably brings up the Light Utility Vehicle (LUV) project, which is seeking replacements for the Army’s Mercedes G-Wagon and Chevy Silverado. Though the LUV solution may end up with Light Forces for certain tasks such as VIP escort or on-base transport, Ross emphasized the requirements and missions are very different.

“They don’t do the same thing. LUV will focus on a Canadian Armed Forces solution, for the military police, air force security, a lot of different things. LFE is designed specifically for the needs of the Light Forces. It has to be highly mobile. It has to go where other vehicles can’t go.”

The project team has been instructed to be “fast followers” and focus on platforms that have already been proven with allied militaries. “The Light Forces mobility piece is a puzzle many militaries are trying to crack – how to get soldiers quickly and as closely to the hard-to-access objective as fresh as possible,” acknowledged Ross.

That requirement of a proven track record might eliminate a few contenders, but budget constraints could force the team to keep all options on the table. Ross has seen price tags as high as $350,000 per vehicle. His projected budget, according to the Defence Capabilities Blueprint, is between $50 million and $99 million.

“We have to be realistic about what we can acquire here. We are looking for a solution that is going to be cost-effective and meet Light Forces’ specific needs,” he said. 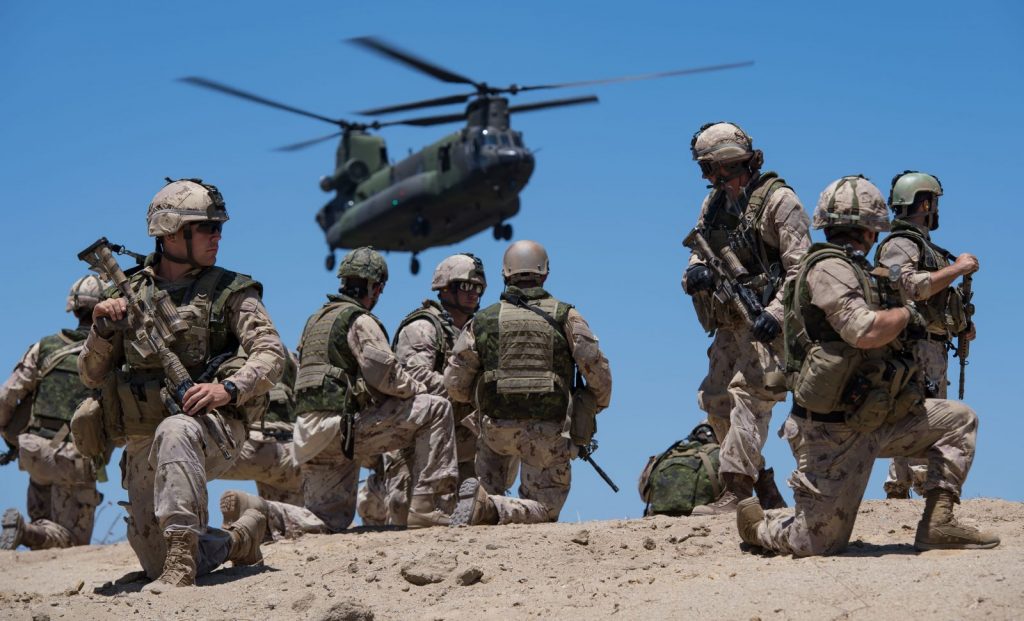 Historically, the Army’s light infantry battalions have lacked the full range of equipment necessary to make them a separate capability from dismounted mechanized forces. Though their effectiveness has been proven time and again – elements of the 2nd and 3rd Battalions of the Princess Patricia’s Canadian Light Infantry were key to the success of Operation Anaconda in Afghanistan in 2002, integrating with the U.S. Army’s Task Force Rakkasan – various commanders have warned of the consequences of not purpose-building a Light Force capability.

Failure to create a light weight, combat capable force “could lead to a situation where the Army finds itself strategically irrelevant when faced with certain situations due to a lack of appropriate capabilities [and] force structure,” Lieutenant-Colonel Dave Galea wrote in an article for the Canadian Army Journal in 2005.

CALWC has led an effort since then to develop a concept for Light Forces that was formally recognized in the government’s 2017 defence policy. Investment 38 specifically called for the acquisition of communications, sustainment and survivability equipment for Light Forces.

Those were eventually distilled down to three priorities: dismounted anti-armour weapon system, light infantry specific personal equipment and tactical vehicles. Most have since been assumed by other projects, leaving LFE to focus on tactical mobility.

Lightweight radios will be acquired through the Land Command Support System Tactical Communications Modernization project while new and lighter weight load carriage and body armour will be addressed by the Soldier Operational Clothing and Equipment Modernization program. A Carl Gustav upgrade project and an Anti-Tank Guided Missile Replacement project will provide some of the lighter and more effective anti-armour weapon systems.

“All those needs identified in the Master Implementation Direction are being taken care of in one way or another by other projects,” said Ross.

The need for better structured and more capable Light Forces is being driven by a future security environment that predicts conflict, humanitarian and natural disaster response in dense urban megacities and over mountain and jungle terrain medium forces might struggle to navigate. It is also in line with the Army’s operating concept of adaptive dispersed operations, where lighter forces might be better equipped to disperse for routine tasks and then aggregate to tackle larger missions.

“There will be some missions in the future where medium and heavy forces are not well suited,” he said. “Light Forces are strategically agile in that they provide a quickly deployable force that can prepare a theatre for follow-on medium forces if needed. They have a dual role. They can mitigate a tense security situation when Canada wants to act quickly in advance of slower deploying medium forces, or they can go in for those select operational environments where medium and heavy forces don’t work very well, especially situations involving complex terrain and the need to interact face-to-face with locals.”

Ross acknowledged that the adoption of an ultra-lightweight vehicle for Light Forces is probably counterintuitive given the lessons of recent conflict, where improvised explosive devices have been ubiquitous. Survivability in those conditions has often been equated with more armour. However, scientists with Defence Research and Development Canada have in recent years focused on lighter soldier loads to increase mobility, and therefore survivability.

“In Afghanistan, we started to think that more armour was going to make our guys safer, so we kept piling them up with more and more kit,” he noted. “The enemy can always develop a bomb that will penetrate the thickest armour. But if you give soldiers more mobility, they arrive fresher, less tired, and so more alert to danger. And they will be able to move across places that they weren’t able before, keeping the adversary guessing about the direction of the next move.” 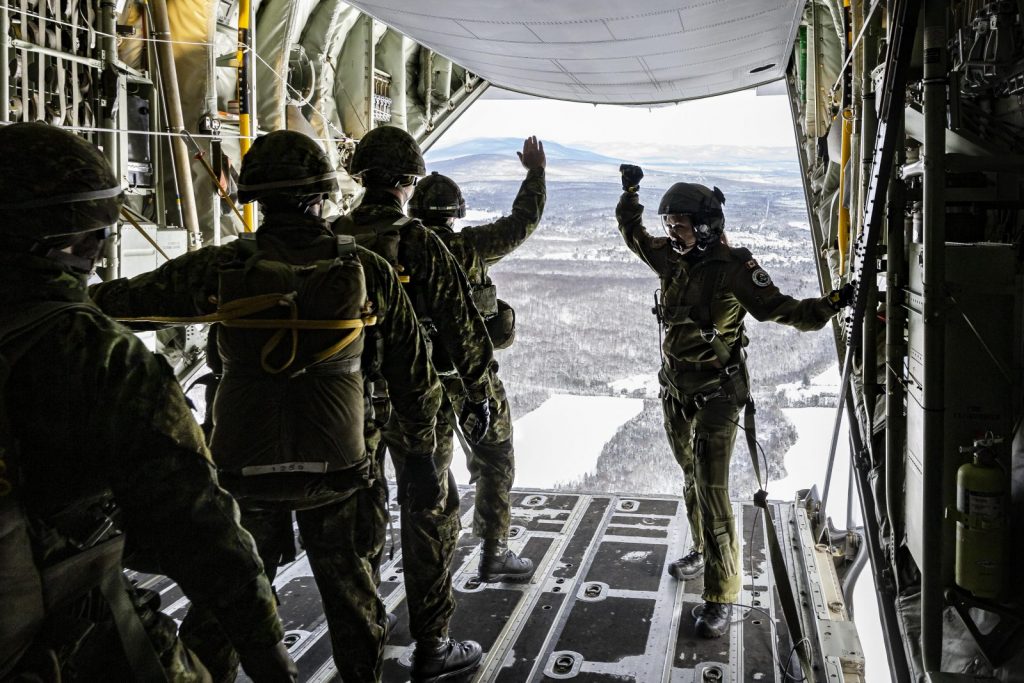