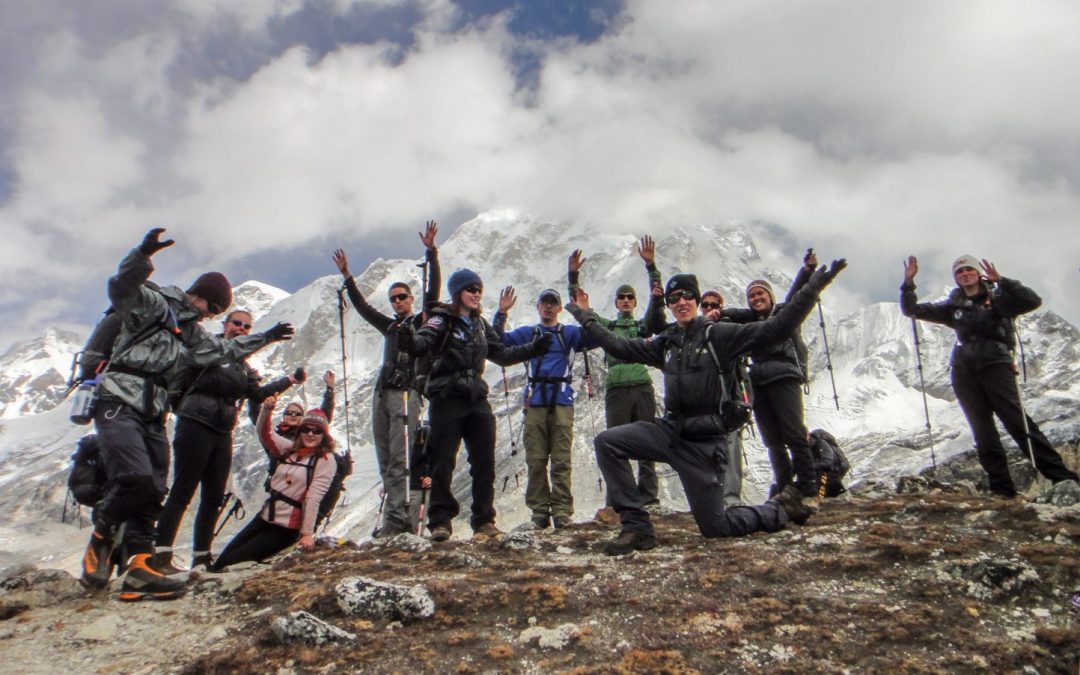 We recently checked in with a number of former Royal Canadian Army Cadets, who became connected during an experience of a lifetime some 10 years ago. In October 2010, 14 senior cadets set off on an Army Cadet International Expedition, accompanied by four Canadian Armed Forces (CAF) Reserve officers of the Cadet Instructor Cadre. Their destination: the iconic and rugged terrain of the Mount Everest region of Nepal.

Considered the peak of the Army Cadet Program’s multidiscipline expedition training track, multi-week expeditions such as this grant participants numerous opportunities to challenge themselves, leaning into a deeper understanding of what they are capable of and allowing them to safely explore what lies beyond any self-limiting beliefs they may have held when their journey began.

Many participants followed their love and passion for the outdoors, including Emanuelle Mazeau, who moved to the Gaspésie region of Quebec to enjoy an active lifestyle with her growing family, when she is not instructing in the classroom of a childcare center. What did she learn from her time in cadets?

“Perseverance! When you do something like a 28-day trek to Everest Base Camp, there’s a point where everyone hits their wall and has to push themselves through. Moreover, looking back 10 years later, I realize how important an expedition it was. At 18 years old, we don’t really know what’s big or small and now I realize the magnitude of the challenge. It’s a learning experience that I treasure each day.” 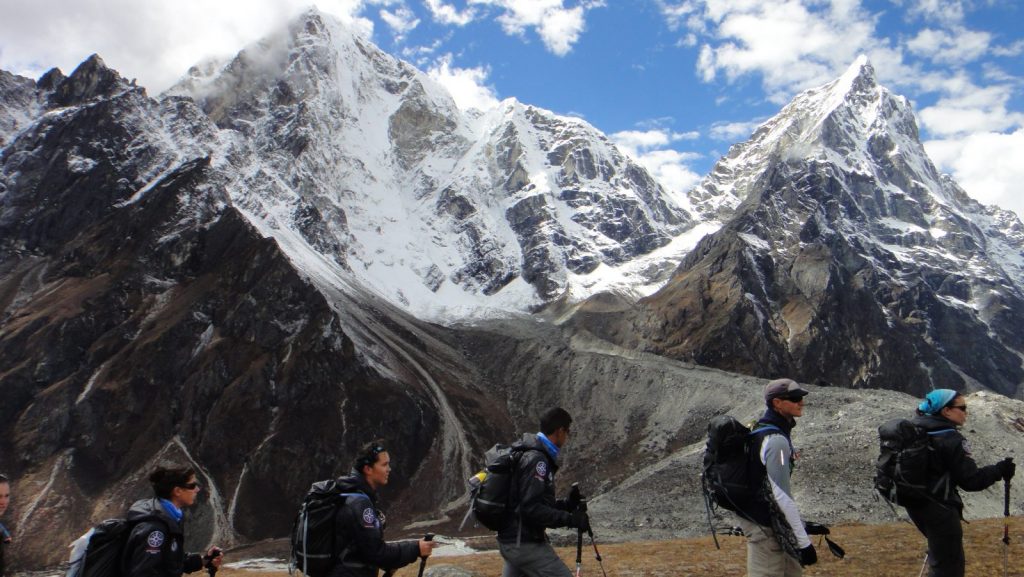 Members of the 2010 RCAC International Expedition along the south ridge of Pumori, above Gorakshep, Nepal en route to Everest Base Camp after summiting Kala Patthar. Photo: Capt Cory Lohnes

In 2010, the primary objective was to summit Kala Patthar, at an altitude of approximately 5,600 meters (over 18,500 feet). Every day brought fresh lessons and leadership opportunities, as cadets rotated through the “team lead” position of both the Lead and Sweep teams. With different duties and responsibilities assigned to each group, there was plenty of variance in the experiences, with little opportunity to predict exactly what would be encountered through each of the 28 days of trekking.

A number of the former cadets chose to enroll in the CAF, including Master Corporal Lucas Mayo, who is currently in his 10th year of service with the Princess Patricia’s Canadian Light Infantry. Invited to look back on his cadet years, he shared, “I learned discipline, and overall pride in wearing the uniform. Showing up on time, ensuring that your boots were shined, your uniform was ironed, and your beret formed properly.” During his service, Mayo has deployed twice, to Afghanistan and Ukraine.

Reinforcing the common theme of perseverance, Tim Doering also shared his experiences: “After graduating from Algonquin College, I spent my summers roofing and my winters skiing, snowshoeing, snowboarding.” Currently however, he is healing from a major injury that left him temporarily in a wheelchair and in a position where he had to learn how to walk again. He is on the road to recovery, and we are proud to recognize him as an excellent example of what personal strength and resiliency looks like.

Lt(N) Sean Costello is a Unit Public Affairs Representative with the Cadets and Junior Canadian Rangers. For more information on the Army Cadet Program visit www.canada.ca/join-cadets