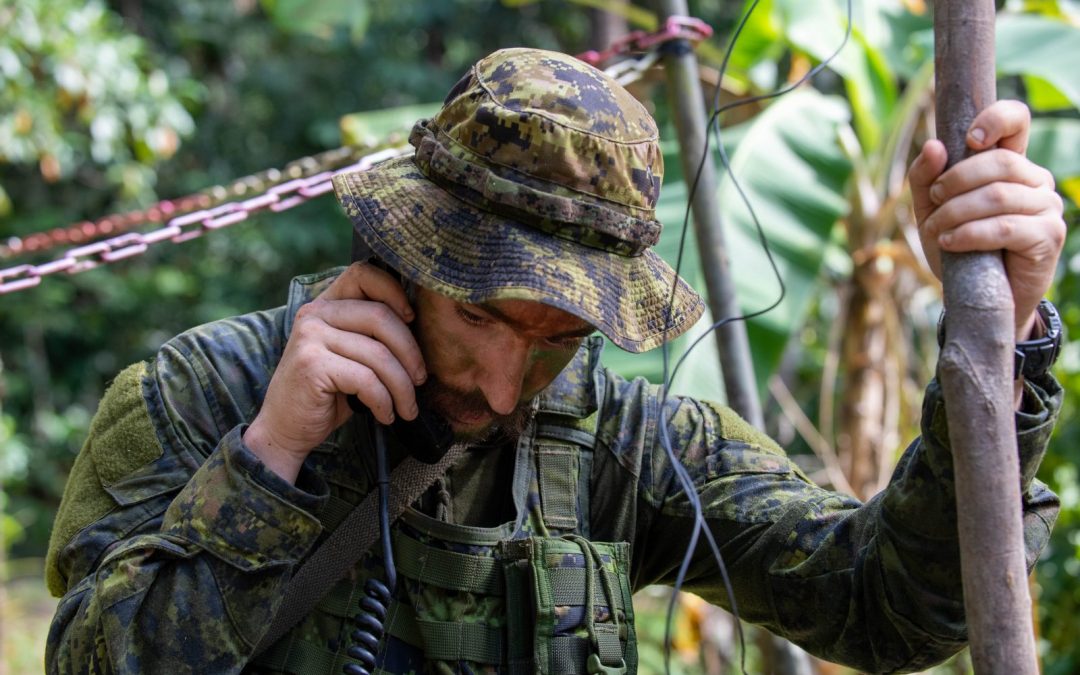 Of all the projects queuing up in the procurement pipeline, none could have a greater impact on the Army’s operational digital transformation efforts than Land C4ISR. Sometimes called the digital spine, the program of six individual projects will thoroughly modernize the software, hardware and information architecture that allows the Army to gather, analyze, disseminate and act on the data streaming from every soldier and platform in the battle space.

Often referred to as SSE 42 for its position among the recommendations in the 2017 defence policy, Strong, Secure, Engaged, Land C4ISR is not only critical to how the Army will command, control and communicate with all assets, but also a building block in a future pan-domain Canadian Armed Forces (CAF) information network that must be interoperable with the digital backbones of allied partners, especially the United States military’s Joint All Domain Command and Control (JADC2) initiative.

How to meet the Army’s extensive digital needs and interdependencies among the various projects while simultaneously ensuring each new component can connect to legacy systems and pan-domain efforts is no small task. With some of the technology evolving almost as quickly as features on a cellphone, much will be asked of the defence and high-tech sectors to solve some of the Army’s challenges.

“Integration is the watchword,” said Lieutenant-Colonel Tom McMullen, head of the Directorate of Land Requirements’ C4I (command, control, communications, computers, intelligence) and electronic warfare systems portfolio. By resolving integration issues at the frontend of the program, “we’re not left trying to patch systems at the backend.”

The six projects are:

The Army has considered combing some projects, such as TacComms Mod and TacC2IS Mod, or bundling all three of its primary C4I modernizing efforts – TacComms Mod, TacC2IS Mod and JDHQSRM – into a single program. For now, they all remain separate, but “we have to make a conscious effort to actively manage their interdependencies,” said McMullen.

Since TacComms Mod, TacC2IS Mod and JDHQSRM are all in the options analysis phase and on the verge of clearing the last governance checks, the Army intends to keep them closely aligned as the project team launches into industry engagements, starting with a request for information (RFI) later this spring.

CJIM, a deployable top-secret system within a shelter and a tactical training environment, is also ready to seek industry engagement in the next months, while CFLEWM has completed the process and its business case and will go before the Defence Capability Board later this year before entering the definition phase in early 2022.

Though the RFI and one-on-one meetings are intended to “give us some preliminary feedback” on technology and costing, McMullen wants a broader, two-way conversation with the sector about the realm of the possible – technological solutions the Army might not yet have considered from companies it has yet to meet.

Over the next decade, the Army will spend between $3 billion and $7 billion on C4ISR-related projects. That has sparked keen interest from incumbents on the current Land Command Support System and C4ISR programs such as General Dynamics Mission Systems, Thales, L3 Harris and Collins Aerospace. McMullen sees an opportunity, though, for small and medium sized technology companies and others that might not traditionally engage.

“That’s our edge in Canada,” he said. “With such a high-tech sector and a skilled workforce, it would be a shame to not be able to exploit that. A lot of these things in the C4ISR space are not hardcore defence things. These are things we are seeing in modern technology like cloud computing and cloud-at-the-edge network architecture.”

Consequently, the project team is deliberately avoiding prescriptive preliminary requirements, preferring to pull ideas from industry where it can to influence its eventual statement of requirements.

“If we are too specific on requirements in 2021, by the time we field these systems six years down the road, we’re going to field yesterday’s technology tomorrow,” said McMullen. “At the end of the day, this is still Army tactical C4ISR, so we have to make sure whatever we deliver is conducive to the Army way of fighting in dispersed operations. But more and more of these capabilities are also commercial and dual use technologies, so we need to get the word out to small and medium enterprises through the RFI process.”

Where possible, the project team will facilitate partnerships with its traditional contractors, he added. 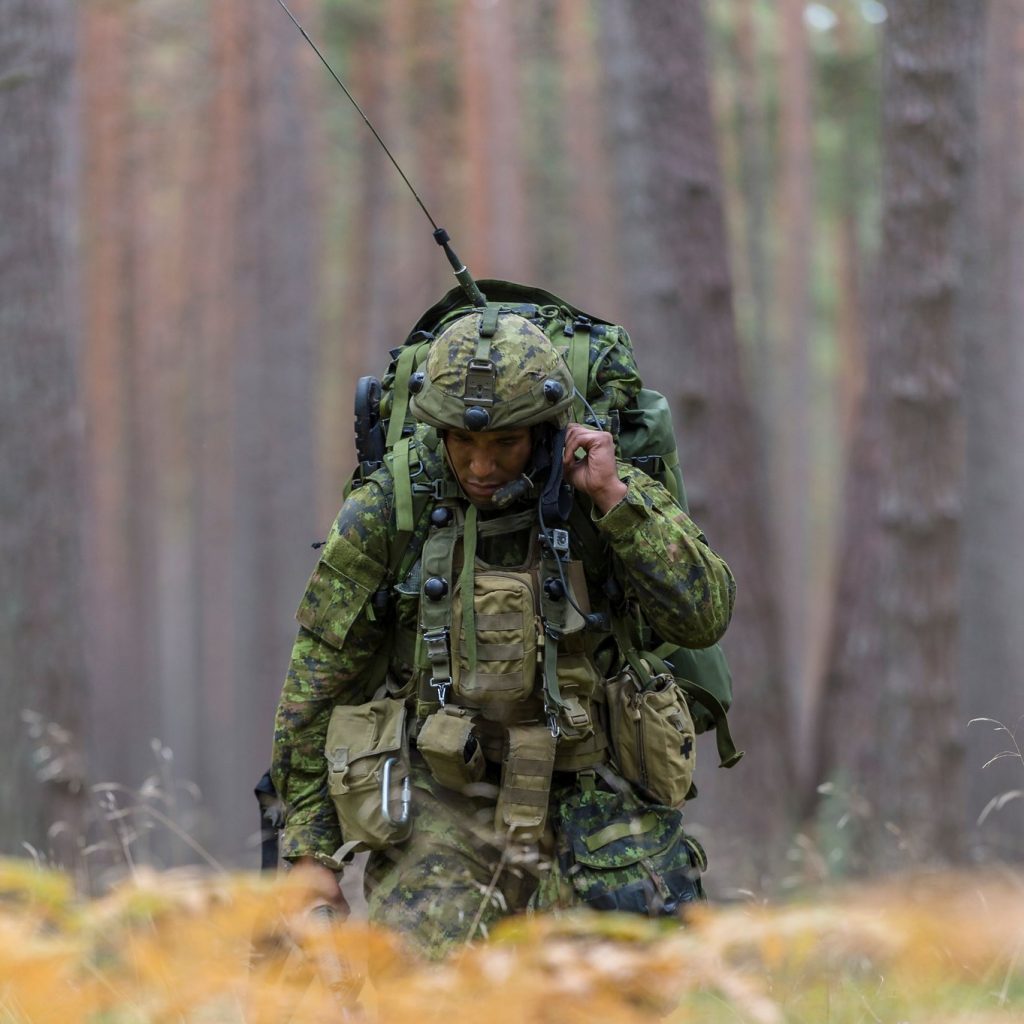 In his overarching direction for C4ISR-related projects, then-Army commander Lieutenant-General Wayne Eyre emphasized interoperability at the outset of projects and operational simplicity as a guiding principle. “We don’t want to have to have a PhD to turn on a radio. That user interface has to be simple,” he said in a recent interview.

McMullen, a signals officer, has taken that guidance to heart. Beyond the high-level mandatory requirements (HLMRs) of each project, he’s advocated for programmatic or “architectural level” HLMRs to ensure that collectively they align and meet essential operational requirements, and can deliver a capability able to plug into the CAF C4I backbone.

“From a systems perspective you are making sure the capability is not only interoperable, but is together with others able to provide the higher-level requirement needed by the war fighter,” he explained. “Right now, that’s the challenge. Each of these projects is treated independently and is a bit siloed off. It’s up to a best-effort approach from the people running them to ensure they have a systems view and manage the interdependencies.”

He is keenly aware of the risks associated with buying any software-loaded technology today to be fielded in 2027-28 that must also interoperate with legacy systems. Had the Army invested in cellphones more than a decade ago, it likely would have acquired shiny BlackBerries rather than risked a stake in iPhones, he observed.

The goal of the C4I program is to prepare the terrain now for that “seamless” mix of systems. But it must also answer questions about de-risking the tensions between acquisition speed and rigour. The Land C4ISR project, in particular, has been a vocal proponent within the Army and National Defence for a more agile way of procuring technology. Changing how project budgets are allocated and adopting an iterative acquisition process that introduces technology as it evolves could reduce some of the typical peaks and valleys that frustrate the Army and industry today.

“I think we need to get into more of a service approach, where we think about C4ISR not as equipment but as a service being provided,” said McMullen. “That cyclical approach to acquisition is compelling and everybody gets it. The challenge we have is to keep harping on that message.”

Introducing more tests and trials of emerging capabilities before requirements are even written could mitigate some of that risk, he noted. “The biggest outcome for these capabilities is operational quality, making sure soldiers get the right equipment to maintain that edge. There is always a tension between operational risk and development risk. Within the Army, we probably need to do a better job explaining that.”