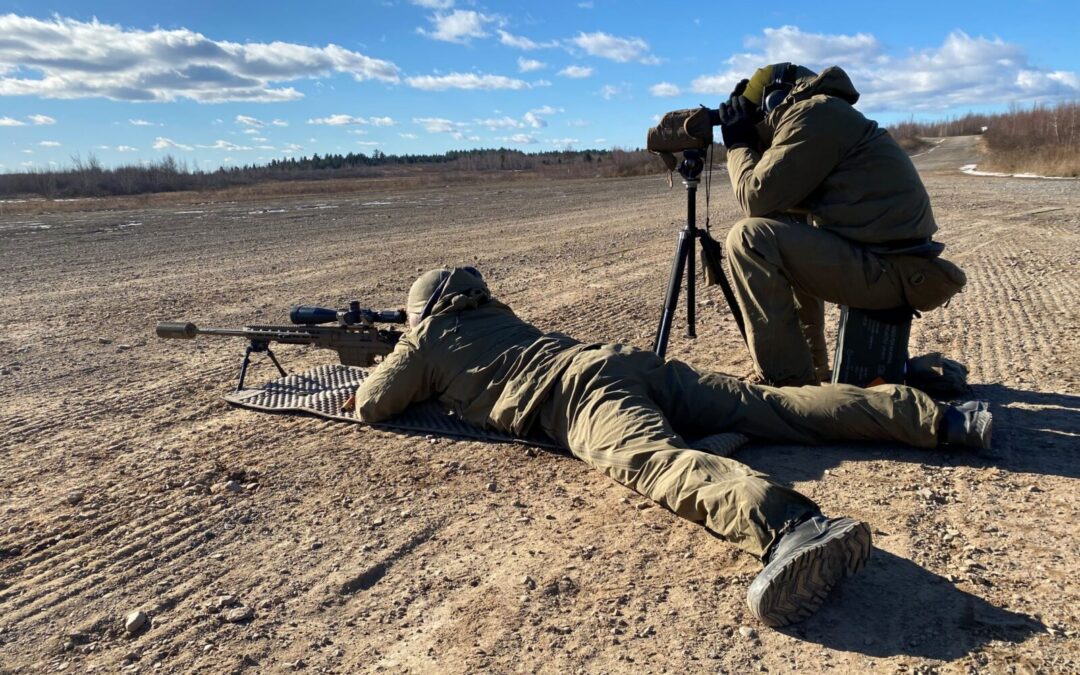 If you’re a Canadian Army sniper, you can expect to have your new rifle no later than next April 1. All 229 of the bolt-action weapons, designated C21, are expected to be in the Army’s hands by year’s end, but it will take time to ensure that everything is acceptable before distribution across the country can be completed.

The Sako TRG M10 Sniper Weapon System, designed and manufactured in Finland, was selected by the Army this June. It’s being delivered by Stoeger Canada, the Ottawa subsidiary of the storied and still family owned Italian Fabrica d’Armi Pietro Beretta.

The Sako’s interchangeable barrel/bolt system, among other features, is what makes a single weapon multi-functional. It can fire either the NATO-standard 7.62×51-millimetre round, which has the same cartridge dimension as the Winchester .308, or the .338 Lapua Magnum (equivalent to a 8.6×70mm) developed for snipers in the 1980s. The smaller NATO round not only costs roughly a third of the .338, but also reduces wear and tear on the gun.

“A robust, highly capable platform that exceeds the performance of the in-service C14,” is how Master Warrant Officer Mike Tousignant described the C21 to Canadian Army Today, referring to the medium-range “Timberwolf” supplied by PGW Defence Technologies of Winnipeg in 2005. A master sniper who did two tours in Afghanistan − as a shooter in 2004 and then a detachment commander in 2008 − Tousignant is now with the Directorate of Soldier System Program Management.

“The C21 will allow snipers to train in the lower-caliber 7.62x51mm configuration while maintaining identical human interfaces with the rifle when configured in the higher caliber .338,” he said. “Using 7.62x51mm for training is more cost effective than .338 Lapua Magnum and allows snipers to train on ranges with limited distance.”

The first Sakos delivered by Stoeger will be used at the Combat Training Centre in Gagetown, New Brunswick, to support “train the trainer” courses in the Infantry School. Then, once current and upcoming snipers have their hands on the Sako, it boils down to practice, practice, practice, because while the weapon is critical to the task, it’s the person pulling the trigger who determines success or failure.

“Canada boasts some of the best snipers of any military.” So said the British Broadcasting Corporation when it reported that a Canadian Army sniper, Rob Furlong, had set a world record in 2002 by killing an Islamic State fighter in Afghanistan at 2,430 metres.

Furlong took it a little further during an interview with Maclean’s magazine. “I’ve been saying this forever,” he said. “Canadian snipers are the best in the world. The sniper training program has been around for a long time. It’s the foundation, and it’s been retooled from lessons learned in Afghanistan. We’ve built it to be the best.”

(A Newfoundlander with the 3rd Battalion, Princess Patricia’s Canadian Light Infantry when he served in Afghanistan during Operation Anaconda, Furlong retired from the Army a couple of years after his record shot. He now runs an eponymous Marksmanship Academy in Alberta where, in addition to training domestic and international military and law enforcement personnel, he and his instructors offer a range of civilian courses.)

In Afghanistan, specifically the mountainous Shah-i-Kot valley, Furlong missed his first shot, hit the target’s knapsack on the second, and finally succeeded on the third. His record stood until November 2009, when British Army sniper Craig Harrison, after nine ranging shots, killed two Taliban machine-gunners in Afghanistan’s Helmand province at 2,475 metres.

Even that was eclipsed by another Canadian in late May or early June 2017, when a Joint Task Force 2 sniper, shooting from a high-rise building during Operation Impact, killed an Islamic State insurgent at 3,540 metres in Iraq. The bullet took 10 seconds to arrive on target. While Canadian Special Operations Forces Command confirmed the shot, details were withheld “for operational and security reasons” and the sniper’s identity is still secret.

While Harrison used an L115A3 rifle manufactured by British-based Accuracy International, both Canadians fired .50-calibre McMillan Brothers TAC-50s, designed by McMillan Firearms of Phoenix, Arizona, and arguably one of the finest purpose-designed weapons of its kind.

So, while luck can be a factor in the sniper’s increasingly technical role, who knows if the anonymous JTF 2 sniper’s record will fall. But history is on the Army’s side.