SkyHawks plan for return to the air 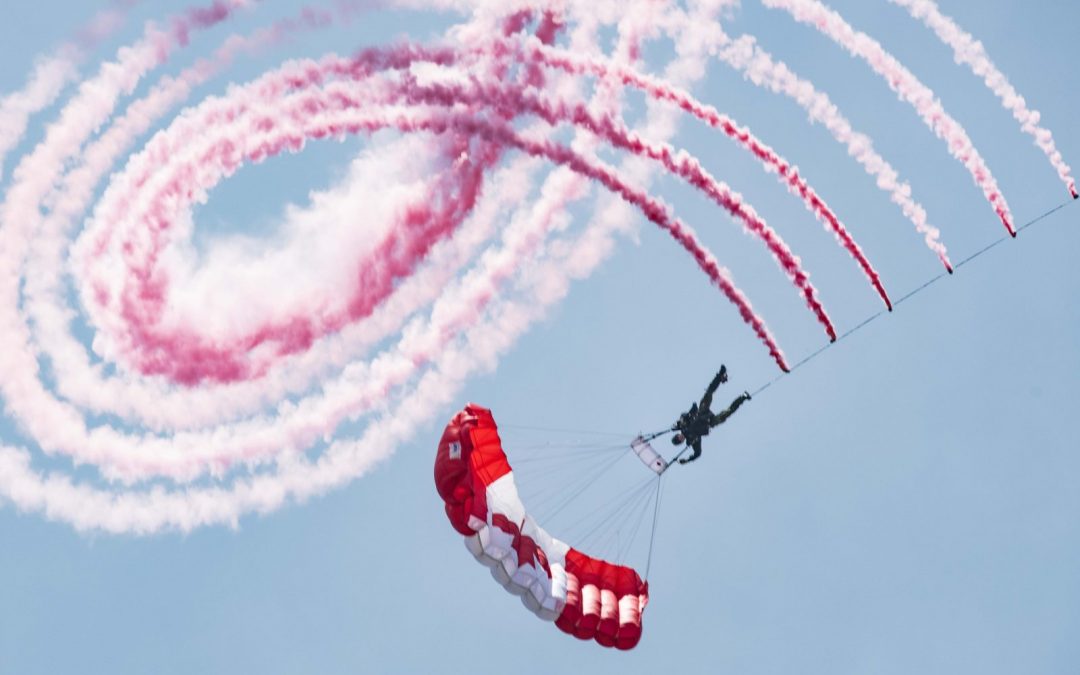 They’re a fixture of the Canadian summer, like the cry of a loon or the sizzle of a barbecue. Corkscrewing through the air, almost like slowly falling leaves, trailing colourful smoke or maple leaf flags.

Since 1971, more than 75 million people have enjoyed performances by the SkyHawks, the Canadian Armed Forces’ demonstration parachute team based at the Canadian Army Advanced Warfare Centre in Trenton, Ont.

The global Covid-19 pandemic forced the team to cancel the 2021 show season, the actual 50th anniversary of their founding in August 1971. But they will be back in the air in 2022 and marking, if not their actual anniversary, then their 50th year of performing.

The SkyHawks are unique. True, Canada isn’t the only military that boasts a precision skydiving team. Both the American and British armies, and others, mount similar demonstrations for appreciative audiences. But as Captain Pierre-Alexandre Dufour, the SkyHawks leader since July 2021, points out, all members of those teams serve with the team for a number of years and are drawn almost exclusively from the ranks of trained military parachutists. The SkyHawks do have a cadre of members who serve with the unit for tours of two to three years, but the bulk of the team changes annually.

“It’s a unique way to do a team,” he said. And in a nod, conscious or unconscious, to Canadian ideals of diversity, the SkyHawks are drawn from all three branches of the Canadian Armed Forces, Regular and Reservist, French and English, male and female. “The whole group is pretty inclusive.” 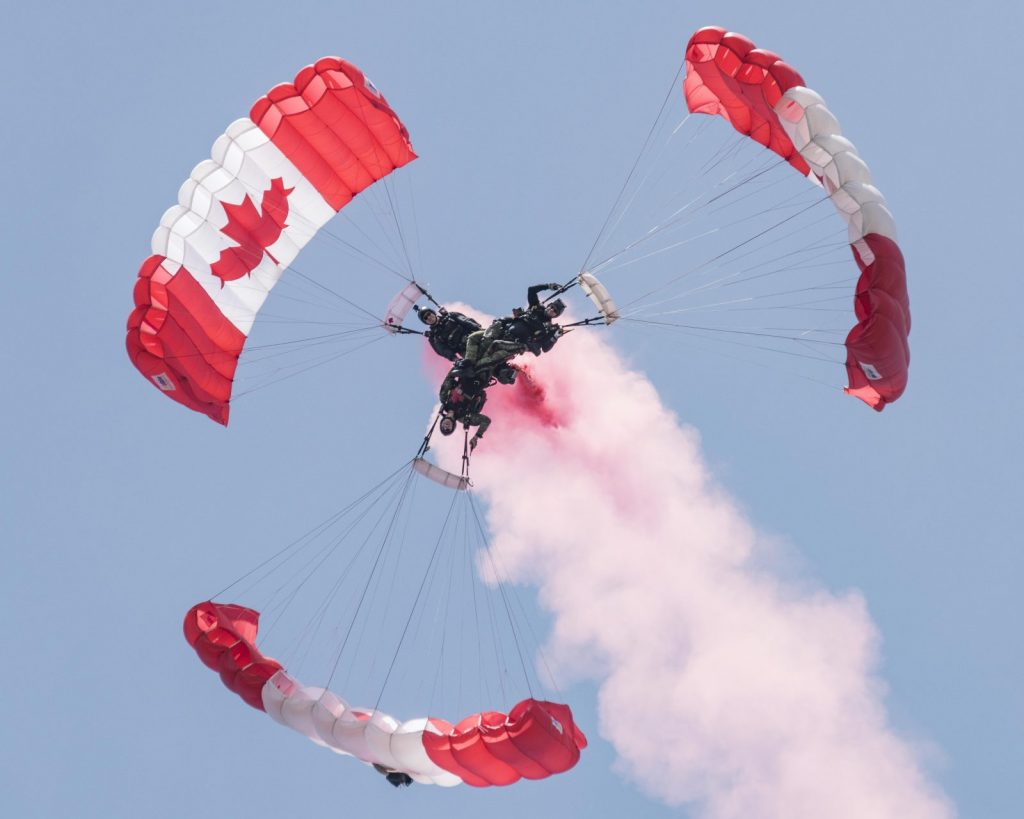 Beginning in October, Dufour and the other permanent members of the cadre began to sift through applicants for the 2022 team. Out of about 30 applicants who have military freefall training or similar civilian sport-diving qualifications, they’ll pick 10 or so. The new members will report to Trenton in February and from there they head off to Perris Valley, Calif., where “the weather makes it possible to do six to eight jumps a day.”

Come spring, they’ll hit the road. “That usually starts with the sunset ceremony at Royal Military College [in late May],” Dufour explained. “Then there’ll be an eastern swing and a western swing, then back to central Canada. Normally the season wraps up in September, although it can go longer.”

The team typically consists of 12 jumpers, along with parachute riggers and other ground crew. In previous years, the SkyHawks also fielded a competitive team. That didn’t happen last year, and it won’t this year either, to keep the focus on a return to performing for the Canadian public.

To mark the 50th anniversary, “we have a couple of potential items [planned], but at this time we are still making decisions on what next year will look like,” said Dufour.

Whatever new wrinkles they do ultimately add this year to mark 50 seasons of wowing Canadians, anyone catching the SkyHawks can expect to see all their trademark moves – the flags, the trailing smoke, and the canopy number where they stack one atop the other. “I’m looking forward to my first season,” said Dufour. “I’m pretty excited.”