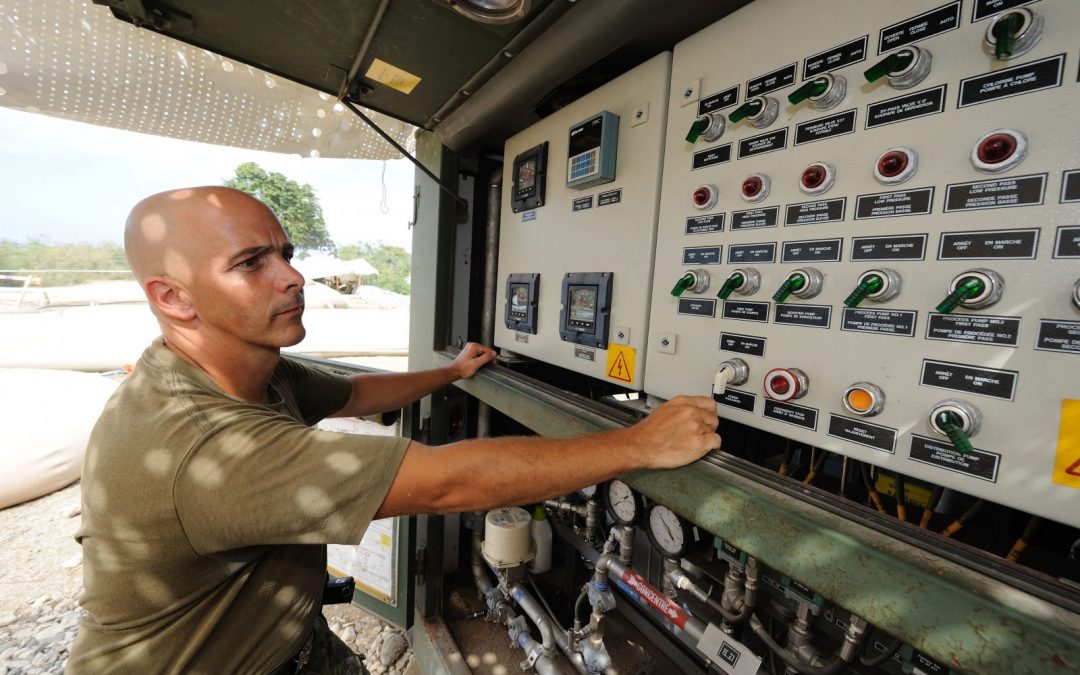 Because the ROWPU is co-located with the majority of personnel on an operation, detached sub-units (100-250 personnel) must depend on resupply convoys, often through hostile areas, endangering the convoy and escort personnel, adding mileage and repairs to vehicles, and increasing fuel consumption and greenhouse gas emissions.

This occurs whether they carry bulk water from the ROWPU or pallets of bottled water; the latter adds yet another layer of complexity as it creates a large amount of plastic waste.

Several years ago, the CAF identified the need to improve how water is provided at the sub-unit level, and the Advanced Sub-unit Water Purification System (ASUWPS) project was born.

It consists of two distinct capabilities. The first is to replace the existing 1,500 litre water trailers (colloquially known as Water Buffalos), which have begun self-divesting due to rust-out. The project will replace them with at least 210 of the new variants which hold twice the capacity (3,000 L). This larger capacity will allow sub-units to be self-sufficient for a 24-hour period and significantly cut the number of convoys, mileage, and greenhouse gas emissions for water delivery.

The trailers will include an integrated diesel-fueled heater for use in sub-zero weather and are designed to be towed by the new Medium Support Vehicle System (MSVS). The trailers will be distributed across virtually every Army Regular Force unit, plus Army Reserve brigades, the Royal Canadian Air Force (RCAF), Canadian Joint Operations Command (CJOC), and Health Services.

The second capability will deliver at least 26 water treatment systems capable of providing potable water for up to 250 personnel from virtually any source, including salt water. This capability will be delivered to Regular and Reserve force engineers in the Army, RCAF and CJOC (Disaster Assistance Response Team). These systems complement the current (and much larger) ROWPU systems and use the same reverse osmosis technology. 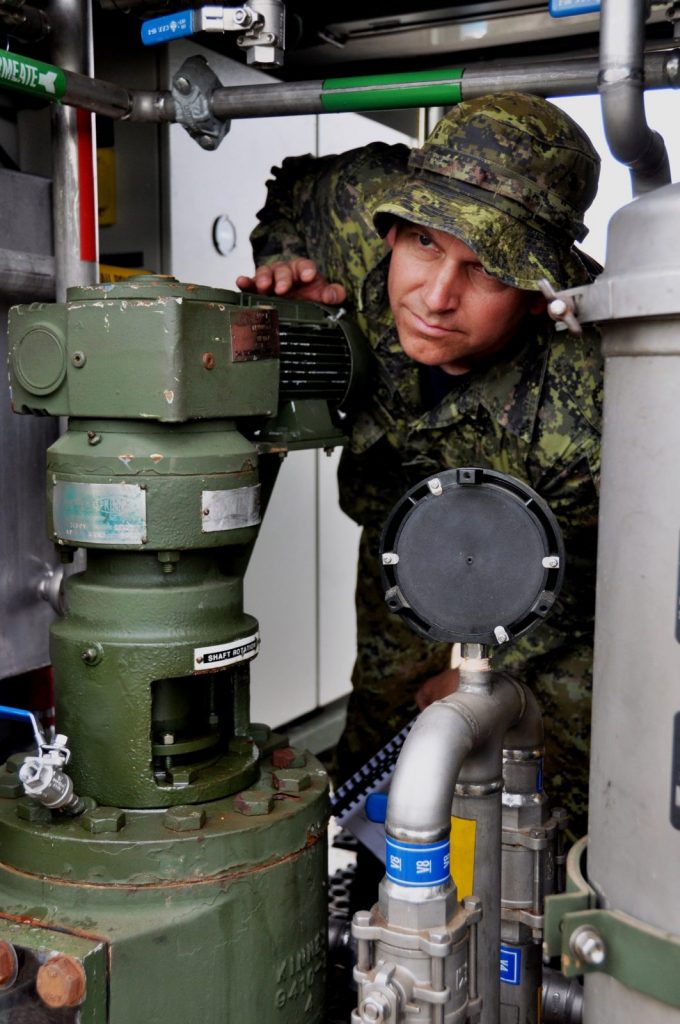 The current system requires a full 20-foot ISO (International Organization for Standardization) container (also known as a “sea-container”), which can be difficult to move in some locations, especially for disaster relief. The lower production rate of the ASUWPS and smaller size allows it to be housed in a quad-con (one quarter of an ISO container), with a second quad-con storing the pumps, hoses, bladders and miscellaneous equipment. Both quad containers mount onto a special trailer towed by the Medium Support Vehicle System (MSVS), but can also be handled by any ISO container-handling equipment.

The small size and weight of the quad-cons compared to a full ISO container will permit greater options for shipping, movement, and handling, which translates into more flexibility of employment within a mission area, especially for Reserve units.

“The ability to finally have water purification equipment within Reserve engineer regiments has been a long time coming,” said Lieutenant-Colonel Steve Boychyn, commanding officer of 32 Combat Engineer Regiment in Toronto. “As the Reserves are deeply embedded into communities across Canada, this will enhance our ability to support domestic operations as well as supporting Reserve training without requesting Regular force assistance. It’s a win-win-win situation.”

The water treatment system will also include two other components. The first will be a support kit with insulated tents, heated hoses, and other necessities for cold-weather operation.

The second component will assist with water storage and distribution. They are best visualized as 1,000 L military-grade “wine-in-a-box” containers. They can be connected and stacked for greater storage, yet the small individual size will allow distribution by virtually any vehicle including civilian pick-up trucks. They can provide additional storage for firefighting or other emergencies and are ideal for prepositioning or distributing water to civilians during domestic and international disasters.

“These containers are a game-changer on how the CAF can store and distribute potable water,” James Buell, ASUWPS project manager, stated. “They allow great flexibility with a small footprint and are ideal for smaller elements or locations that do not require a 3,000 L trailer every day. Best of all, when they are not in use, they can be rapidly folded down and stored virtually anywhere. This is great for units such as the Disaster Assistance Response Team, isolated elements, and training establishments.”

The ASUWPS project is transitioning from the definition phase towards implementation.  Ministerial approval is scheduled for this fall, with contract awards by autumn 2021. Units will see the first components delivered in 2023.

In addition to the ASUWPS project, a second project has recently been raised. It will replace the 30-year-old large ROWPU and water bagging system with similar, but newer, equipment. This will ensure the larger water supply capabilities are retained at the formation level well into the future. Although the project is several years behind ASUWPS, the combination of these two projects will completely revitalize the CAF water supply system, allowing the CAF to provide water that meets Canadian drinking water standards to troops deployed in any operational environment.