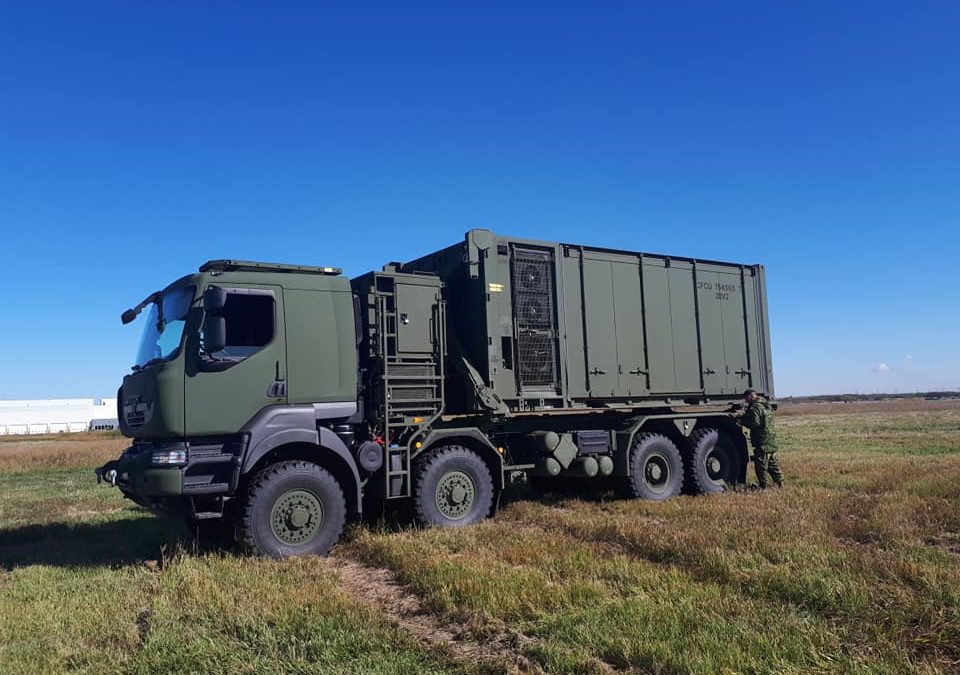 Major Gaétan Noël is a soldier with many secrets. The procurement project he manages, Combined Joint Intelligence Modernization (CJIM), is creating the deployable facilities where top secret information will be received, discussed, analyzed, processed, and above all, remain secret.

The main CJIM deliverables are Temporary Sensitive Compartmented Information Facilities (TSCIF). From the outside, a TSCIF will look like any other standard ISO 20-foot container. But the resemblance to the common ‘sea can’ ends there. The Canadian Armed Forces (CAF) TSCIF will contain the advanced computing and communications electronics to take in data from a range of sources, process and analyze it, and allow the operators to give commanders the latest actionable intelligence.

“This is where our analysts, commanders and leaders can go to process, store and discuss top secret material,” explained Noël. “The Canadian Forces has long needed temporary facilities that can be deployed quickly. They need to protect from adversaries who may want to eavesdrop by taking advantage of sound leakage or electromagnetic emissions.

“This is going to be a huge step forward for the armed forces,” he said. “Every time we deployed in the past, we pretty much had to rebuild top secret networks and secure facilities from scratch, using the skills and expertise of our people, and the capabilities that came to hand. We have developed assets that do the work of TSCIFs in the field on recent and continuing deployments, including Romania, Latvia, Iraq, Kuwait, and Africa, doing the intelligence analysis to support operations.”

Today, when every soldier is a sensor and data flows in an unceasing stream, the new capability will be a valuable asset to commanders in the field and to decision makers at every level of headquarters, expanding data fusion and leveraging future artificial intelligence applications.

“In the past, of course, we did Intelligence fusion, but without the necessary tools. We had skilled people who had to do their best. Now we have software that can integrate information from multiple sources and deliver options based on that analysis to commanders,” he said. 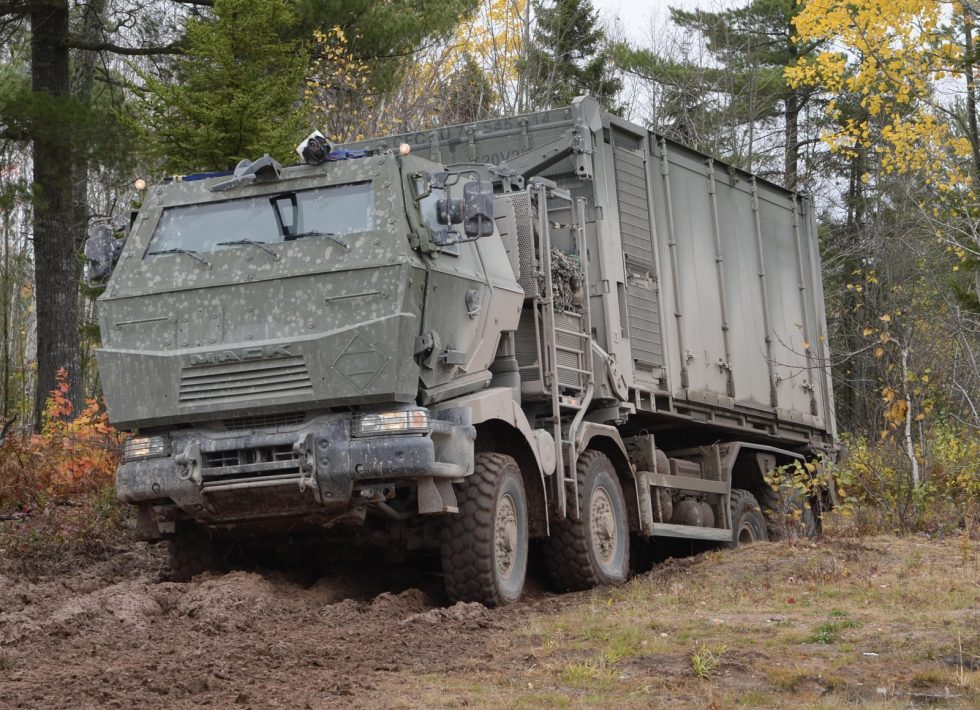 The CJIM project will deliver a TSCIF, a top secret container-based operations shelter, to be transported by the Army’s relatively new MSVS-SMP. Photos: DND

The CJIM project has three elements. The first is the physical transportable container-based TSCIF. The second is an array of electronics and computing power that will be installed inside those containers. The third is the storage and training component, which has some unique aspects.

“The warehouse where they are kept, and everything else associated with the storage of the units, and the training facilities for personnel to operate them, all need to be hardened as much as the TSCIFs themselves against eavesdropping and intrusion,” explained Noël. That means there will need to be some new or heavily modified buildings, probably close to existing military installations.

Being a joint CAF project, the users include the Army, Navy, and Air Force, as well as some other government departments and agencies. “Because these are multi-user assets, they need to be quickly configurable to many different configurations,” he noted.

Many military and security personnel are familiar with fixed SCIF environments, but the TSCIF will have some unique features. “The big difference with these units will be the fact that when deployed, they may have limited bandwidth or no bandwidth at all. Meanwhile, of course, the users and operators inside the facility need to be able to continue working. We’re doing some pretty advanced planning against that challenge and in three years we expect to have a functioning prototype system.”

The shelters must have shielding to provide a high level of acoustic attenuation and emissions security.

CJIM is the only project being delivered at the Top Secret (TS) classification level for the Army’s Land C4ISR portfolio of projects. CJIM will work at the brigade, joint task force, and division level on a modernized network.

“Because intelligence fusion is always done at the TS level, we prefer to keep TS analyses with entities that possess enough capacity to accomplish intelligence fusion. That is why we say that this capability is with these higher entities, brigade and division, for the security aspect and size requirements,” Noël explained.

The defence policy, Strong, Secure, Engaged, mentions CJIM as part of two initiatives: the modernization of “land-based command and control, intelligence, surveillance and reconnaissance systems,” and the integration of “existing and future assets into a networked, joint system-of-systems that will enable the flow of information among multiple, interconnected platforms and operational headquarters.” The project is in the options analysis phase of the procurement process and is expected to enter the definition phase in 2023. Delivery would begin in 2025 and conclude by 2030. CJIM carries an estimated cost of between $100 million and $249 million.

Noël plans to send a request for information to industry soon to gauge company interest and gather input on how to structure the procurement. “We are able to buy off the shelf for this project. There is a competitive field of vendors both here in Canada and from abroad,” he said.