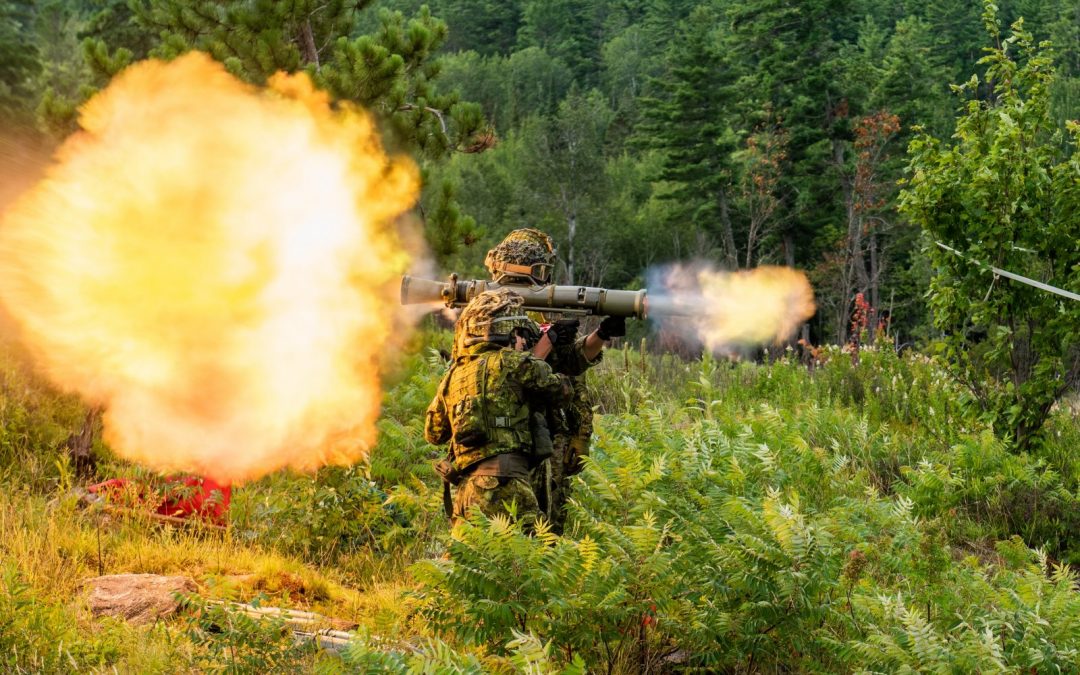 June 1, 2021 – Saab, in cooperation with the U.S. Army and Raytheon Missiles & Defense, has successfully demonstrated the new Guided Multipurpose Munition (GMM). The GMM System Capability Demonstration was a joint activity between Saab and Raytheon Missiles & Defense, funded under a U.S. government Rapid Innovation Funding (RIF) effort awarded by the U.S. Army. This three-year contract effort culminated in a live firing demonstration in November 2020. RIF efforts are intended to support the development of promising technologies that address military capability to fulfill an operational or national need.

On November 5, 2020, at the Yuma Proving Ground, Arizona, Saab, in collaboration with the U.S. Army and Raytheon Missiles & Defense, fired Guided Multipurpose Munitions for the first time with live warheads. GMM was fired from both the Carl-Gustaf recoilless rifle and an adaption of an AT4 disposable launcher. The munitions were guided to their target using a semi-active laser guidance system and designator.

Through a series of live fire engagements, multiple targets were engaged and destroyed at ranges from 1550 to 2500 meters. The targets were triple brick wall, double-reinforced concrete wall, and an up-armored vehicle, demonstrating the devastating combination of a high-performance break-in charge, and a follow-through charge designed to ensure effects even in hardened targets. The increased range, in combination with a Confined Space capability, will offer troops greater tactical flexibility when selecting a firing position.

GMM represents the next step in both the evolution of guided man-portable munitions and the Saab-Raytheon collaboration, and expands the shoulder-launched guided capability to the AT4. GMM also has the capability for future applications on remote weapons stations, manned and unmanned aerial and ground systems, and indirect fire.

“GMM marks the next step in the evolution of our shoulder-launched systems. It is the most advanced munition yet and will offer greater precision, outstanding performance with pin-point accuracy and multi-target capability,” says Görgen Johansson, head of Saab business area Dynamics.

“Raytheon and Saab have been working together on the GMM, and take pride in the fact that they can provide the Army with a standard guided munition they can fire from prolific soldier-borne launchers as well as weapons stations and unmanned vehicles. This universal munition will increase overall lethality and help prepare for every conceivable conflict on the spectrum,” says Tom Laliberty, vice president of Land Warfare & Air Defense, a Raytheon Missiles & Defense mission area.

The initial work on GMM began in 2017, which resulted in the concept of the Guided Carl-Gustaf Munition that was demonstrated in September 2019.

Saab’s Carl-Gustaf and AT4 weapon systems are used by the U.S. Armed Forces as well as the ground forces of more than 40 other countries.