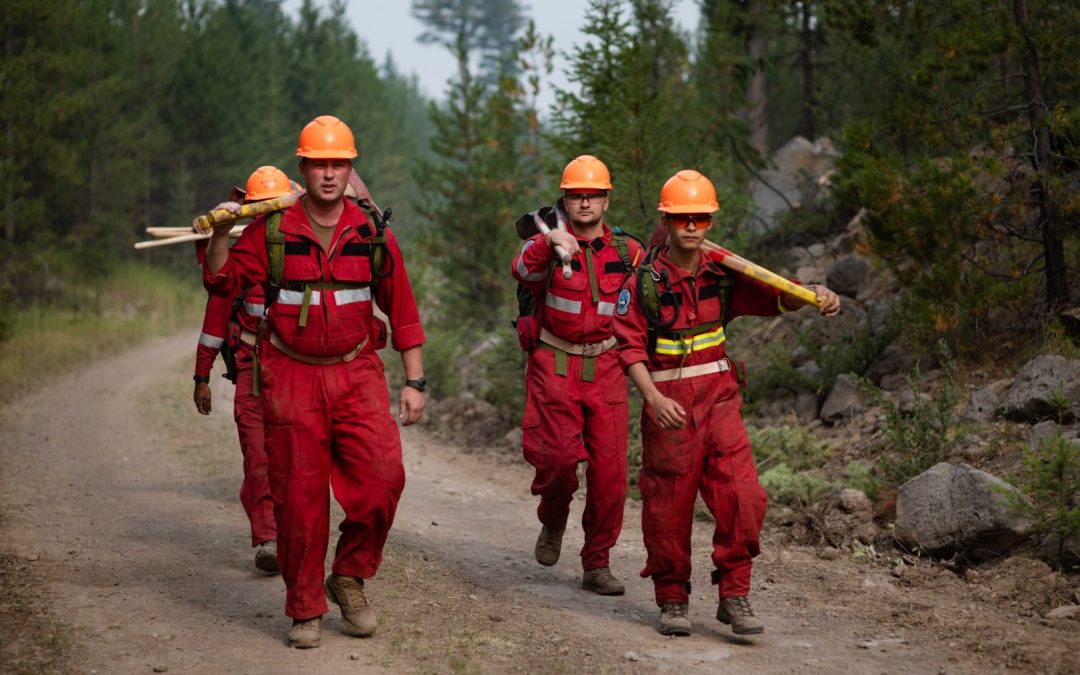 Military readiness requires the Canadian Armed Forces (CAF) to be mission-ready at all times. That’s all well understood by the Regular Force, but what about the thousands of committed Canadians who serve in the Reserve?

The Royal Canadian Air Force and Royal Canadian Navy have 2,000 and 4,000 Reserve members, respectively, to meet their needs. The Canadian Army, however, has a far larger Reserve Force, close to 27,000 mostly part-time members, 22,000 in the Army Reserve and 5,000 Canadian Rangers, who want to serve where and whenever they are needed. Ensuring their skillsets are at a requisite level to meet the demands of domestic and international operations presents a challenge. The Army is currently re-defining what this type of readiness looks like for the Army Reserve.

Addressing that challenge falls to Brigadier-General Nic Stanton, the Director General Army Reserve, whose 34-year career has included deployments to Bosnia-Herzegovina and Iraq. He’s overseeing a push to ensure that the “part-time components” of the Army become “an equal contributor” to the One Army Team overall.

The CAF has a Regular Force of 68,000 personnel and a Reserve Force of approximately 30,000 personnel. While the Reserve is considered an integral component of the machinery, policies have not kept pace with their readiness and integration. “Most of our policies for how we manage our people are very much the middle of last century,” Stanton told Canadian Army Today. “We have not addressed most of the compensation, benefits and terms of service – key enablers to Reserve service.”

In Strong, Secure, Engaged, its 2017 defence policy, the government said its “new vision” for Reserves would enable them to provide “full-time capability through part-time service.” Nearly four years later, the new Chief of the Defence Staff, General Wayne Eyre, laid out a daunting assessment of the changing world order and its “far-reaching and cascading implications for Canada” and its military. Among other things, he warned of “the continued rise of extremism in novel and unpredictable ways,” coupled with the expansion of cyber and other technologies which themselves present a threat. “In the face of this change and continuity, land power retains its relevance and criticality to achieve decisive outcomes,” he said, but “to succeed in this milieu, the Army we have is not the Army we need.”

Hence, one of the key elements of Advancing with Purpose: The Canadian Army Modernization Strategy, is a One Army approach incorporating Regular and Reserve Force, Canadian Rangers, and civilian resources.

Insofar as the Reserves are concerned, Stanton said one approach would be to say, “okay, part-timers do more, commit more time” in the Army. “Well, no,” he said, immediately discounting that idea. “A part-time Reserve force is by definition not the same as the Regular Force, and people need to be able to balance their multiple commitments to work, family, and the Army. Most Reservists are already working a significant number of days annually. What we need are new policies by completing the background staff work, that will enable and allow people the flexibility to serve, and for the Army to understand what those restrictions in their lives are, and also the needs of the Army.”

That’s where the Soldier Readiness Policy – Reserve (SRP-R) comes in. “SRP-R, will establish the minimum annual training requirements that all members of the Army Reserve must achieve, in order to maintain their status as a member of the Canadian Army, achieve readiness for domestic operations, and provide a known state of One Army readiness.”

Over the past couple of years, Stanton has had working groups reviewing representations from all Army formations, with an aim to dragging the working environment into the 21st century by next September. “We looked at it from the perspectives of the individual, the collective unit, and the hybrid – as we do with all things. We had to start somewhere, ensuring we are synchronized with the modernization strategy.”

The Army is halfway through an unprecedented one-year SRP-R pilot – which Stanton explained is a push to communicate and understand readiness and the new policy – asking, “Are we missing anything? Are there lessons we can learn early?” 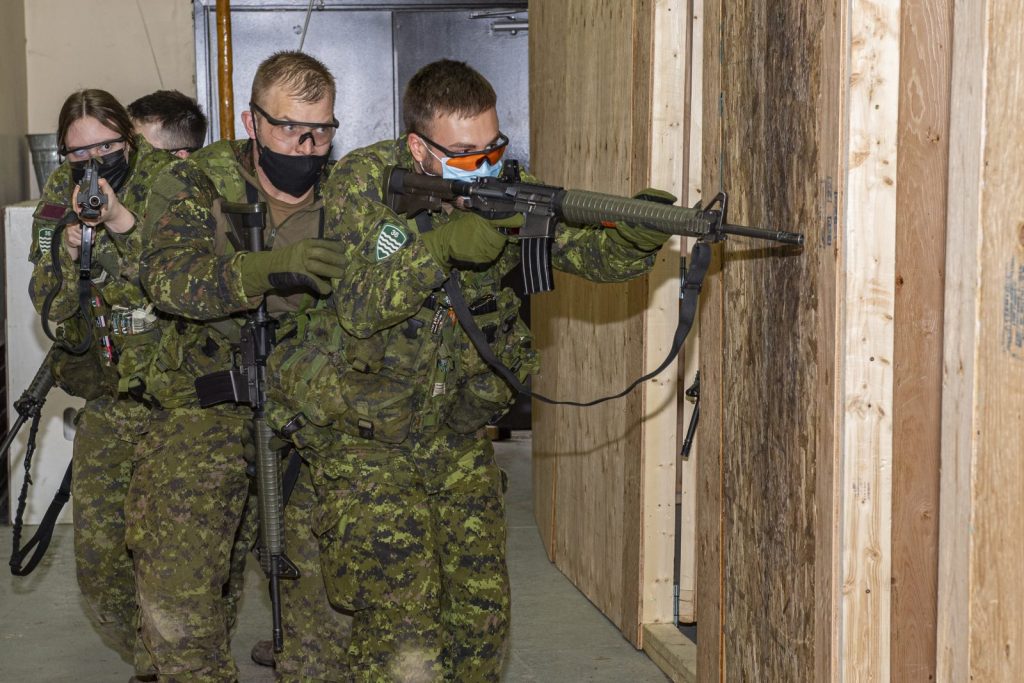 Before the SRP-R, there was no performance standard for the Reserve, only attendance requirements. The new SRP-R recognizes the need for Reservists to balance the requirements of both their civilian and military lives. Under the policy, when a member cannot, for valid reasons, attend all scheduled unit training activities (approximately 40 days per year), the minimum standard they must now achieve is to turn out for at least 10 training days each year, attend unit training at least once every 60 days from September to May, and in that time complete a variety of essential readiness activities. This will ensure that Reservists are up to individual combat standards and also CAF mandatory activities, he said.

Under the new policy, readiness for an Army Reservist is considered to be when the member is effective in their attendance, and has completed the required essential activities. Giving a soldier a predictable minimum standard, they now know what they must achieve when they have schedule and commitment conflicts to resolve, Stanton added. This will allow soldiers to plan ahead, be better prepared, and most importantly be “ready.”

The policy will make sure that more Reservists are ready for domestic operations. Notable recent deployments include responses to severe flooding in Quebec, wildfires and floods in the West and, nationally, the coronavirus pandemic.

When Covid-19 erupted two years ago, “few people realized the potential for the largest activation of Reservists since World War II,” Stanton said. More than 8,000 Reservists and Canadian Rangers volunteered for operations in 2020. “That significant contribution confirms that people are ready to serve.”

Reservists are clearly incented to keep their training up to date if they want to be deployed at home or abroad. While personal and professional life outside the military can be challenging to balance with a military career, “what we’re asking for is availability and predictability during the year,” he said. “If you’re a member of a regiment [and you want to deploy on expeditionary operations], you know and can ensure that 18 months out, you’ve got to have your baseline readiness good to go.”

What happens when an employer won’t free a Reservist for what could be several months? “It always has been a challenge; it has been for me,” Stanton replied.

It’s an issue being tackled by the Chief of Reserves and Employer Support, Major-General R.R.E. “Rob Roy” Mackenzie. Mackenzie, who works from National Defence Headquarters in Ottawa, also leads by example; his full-time employment is as a patrol sergeant in the Vancouver Police Department, but he has served on operations in Cyprus, Central America, and Afghanistan.

“We’ve done a lot of work with employers to have a Reserve policy,” said Stanton. “My former employer had a very clear policy that allowed you time off (for a deployment). But we also need time off for training, career courses and the like. That’s being worked on for sure.”

It’s a long-standing challenge as evidenced by the fact that some provinces with large Reserve populations – British Columbia, Ontario, and New Brunswick – still do not have government policies supporting time off for Reservists to conduct necessary training. Of note, Ontario just recently announced proposed legislation to address this.

Predictability enhances readiness. “If a trooper tells the boss they need to take six months off 18 months down the road, that’s something the [employer] can work around,” Stanton noted. Though the business culture in the United States is more attuned to supporting deployed employees, the CAF can “send someone who can talk to your employer, realizing the value of the training the employee receives in the Reserves, the leadership skills, and so forth, that is completely applicable to supporting their business. We can help to build a positive employer-employee relationship.”

Canada is not alone in striving to improve Reserve readiness. Stanton belongs of several forums, one of which is an ABCANZ (American, British, Canadian, Australian, New Zealand) Army Reserve platform. “Some of the influences on our policy came out of the U.K., Australia and the U.S,” he said. “Now they’re interested in how Canada is implementing its policy changes.”

So, too, are members of the Army Reserve and their families – as well as their employers. 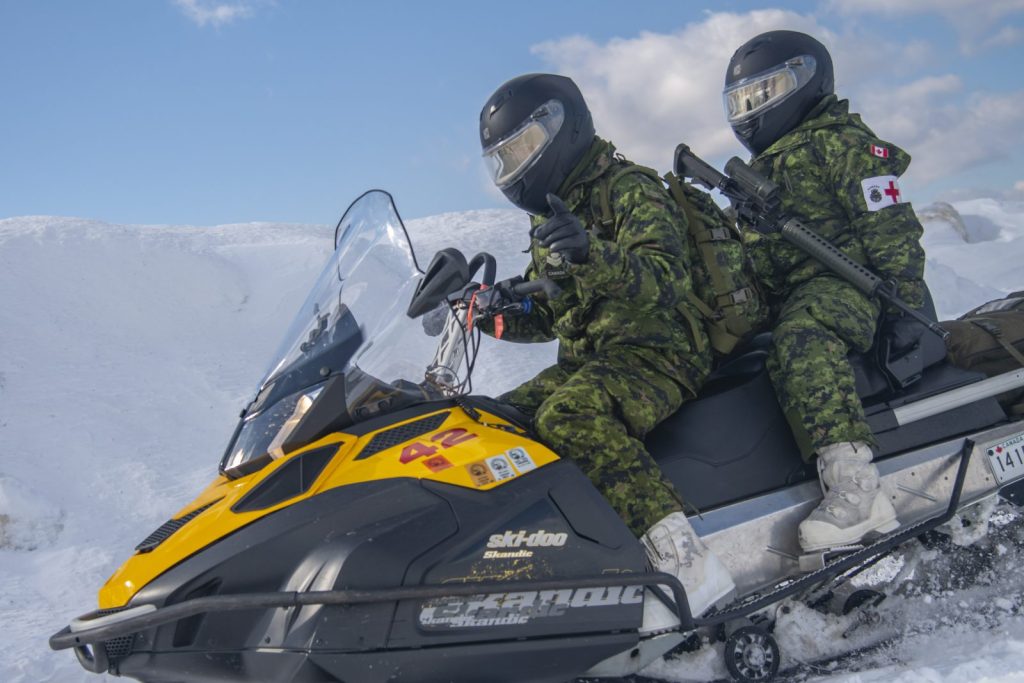