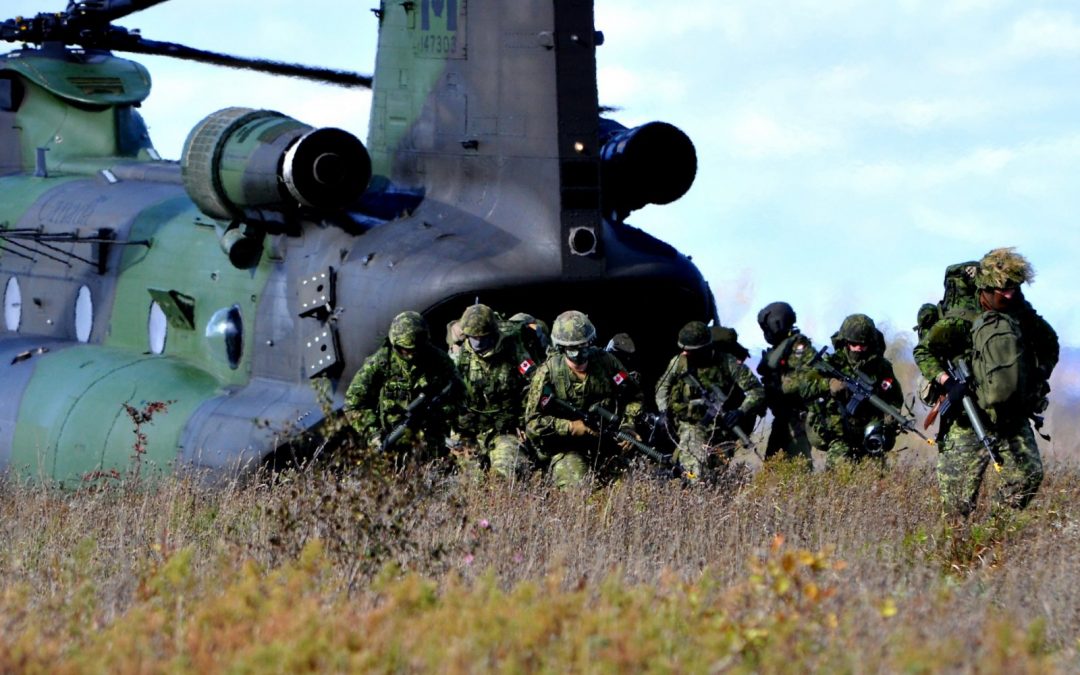 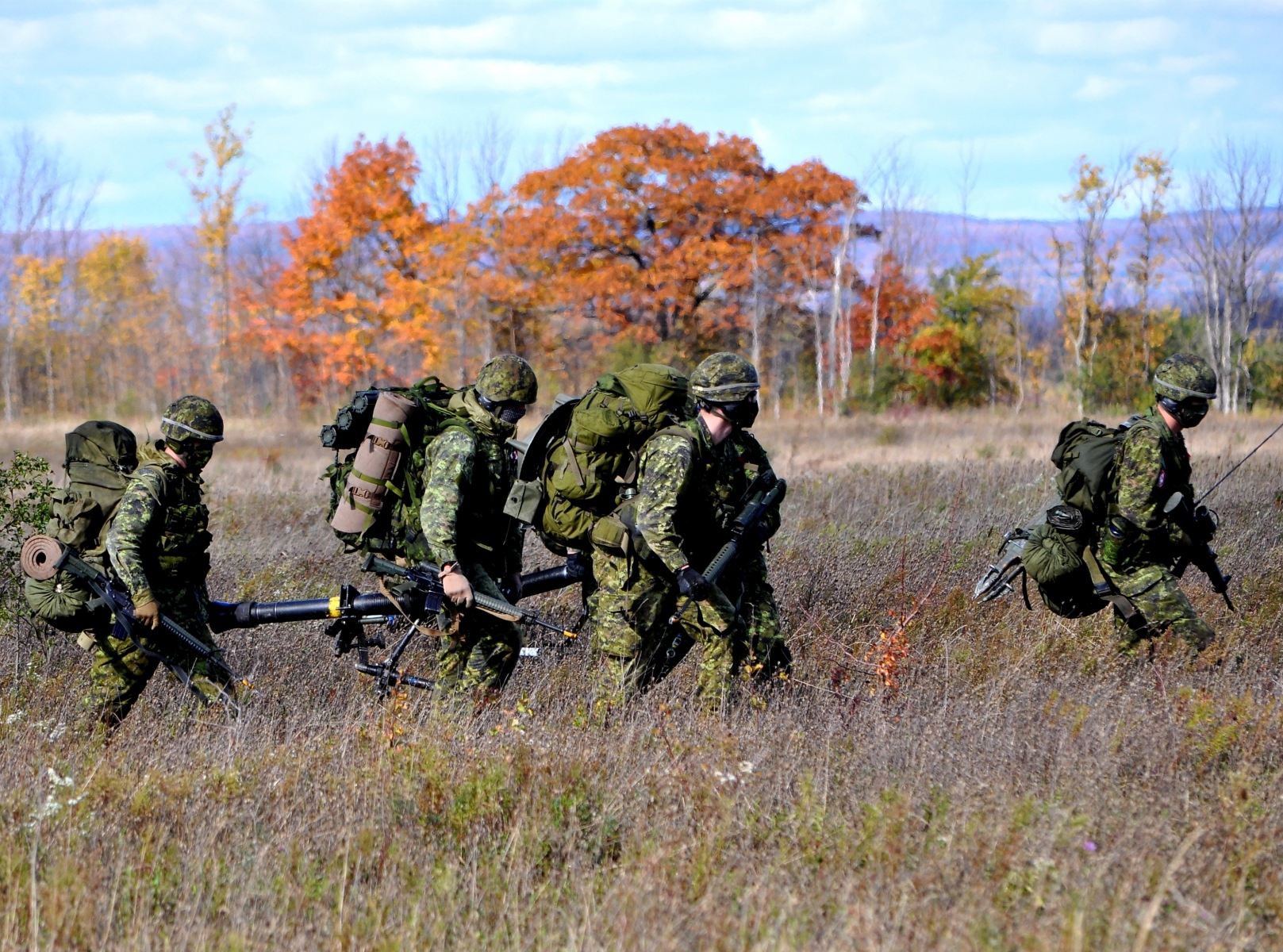 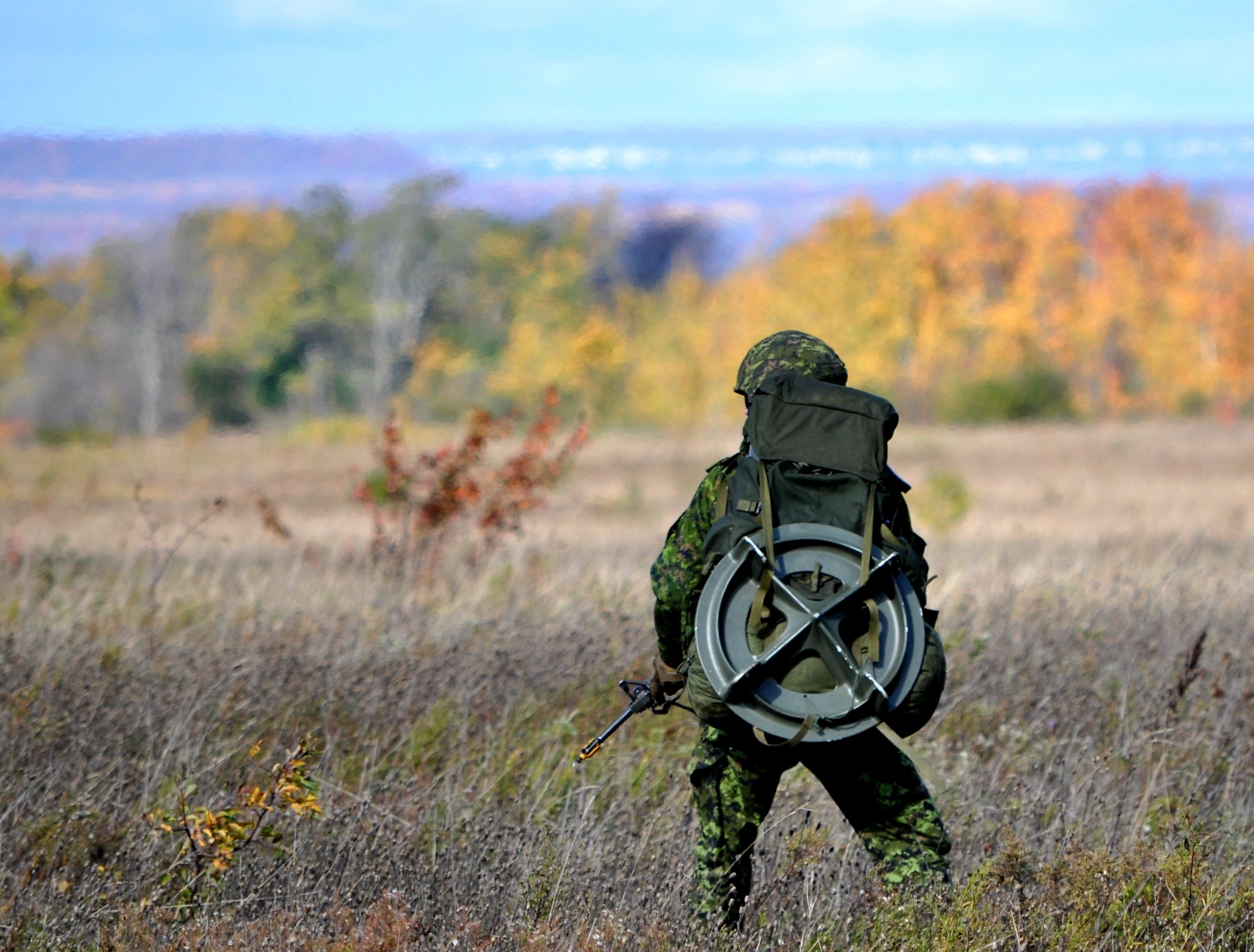 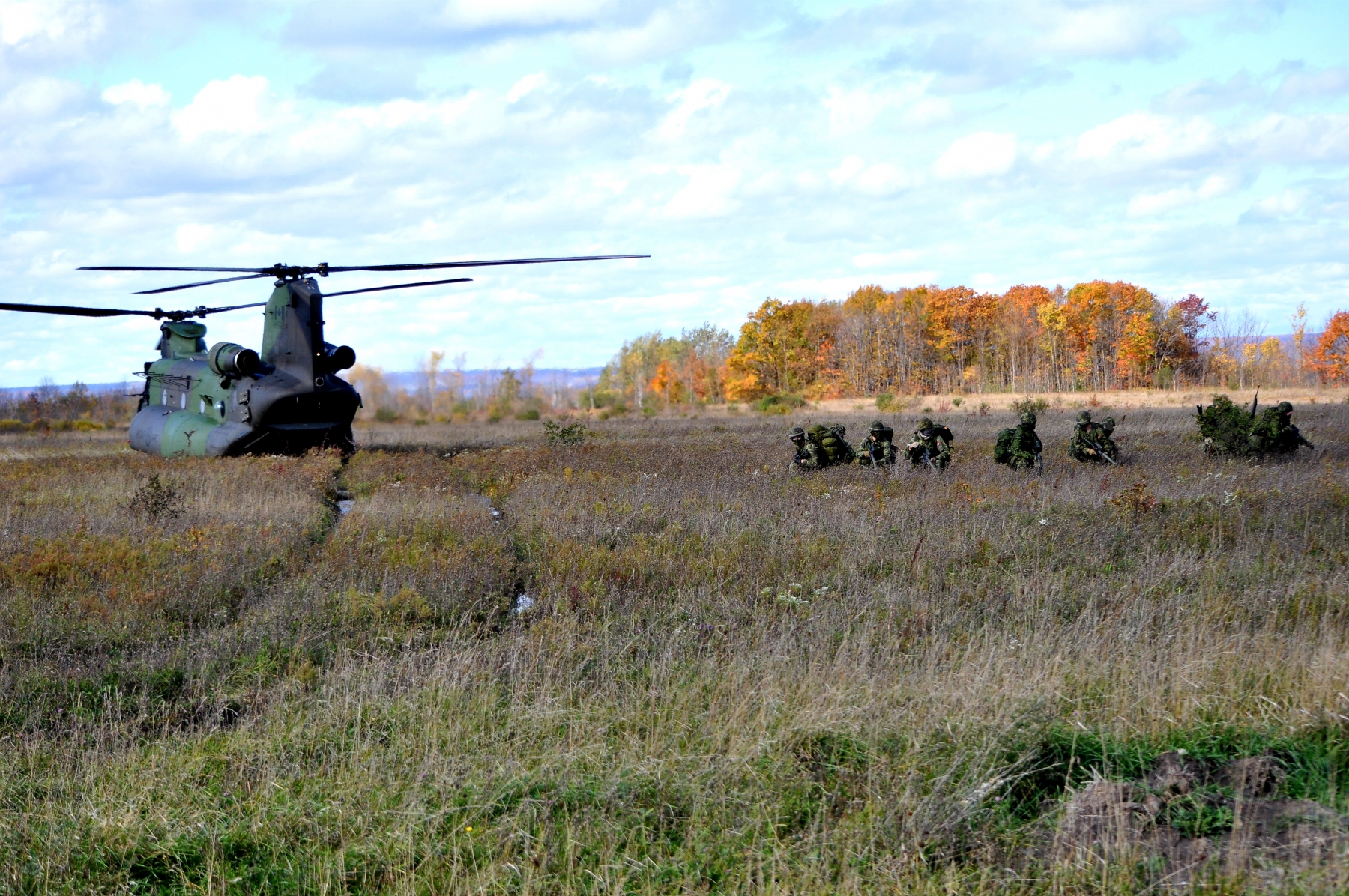 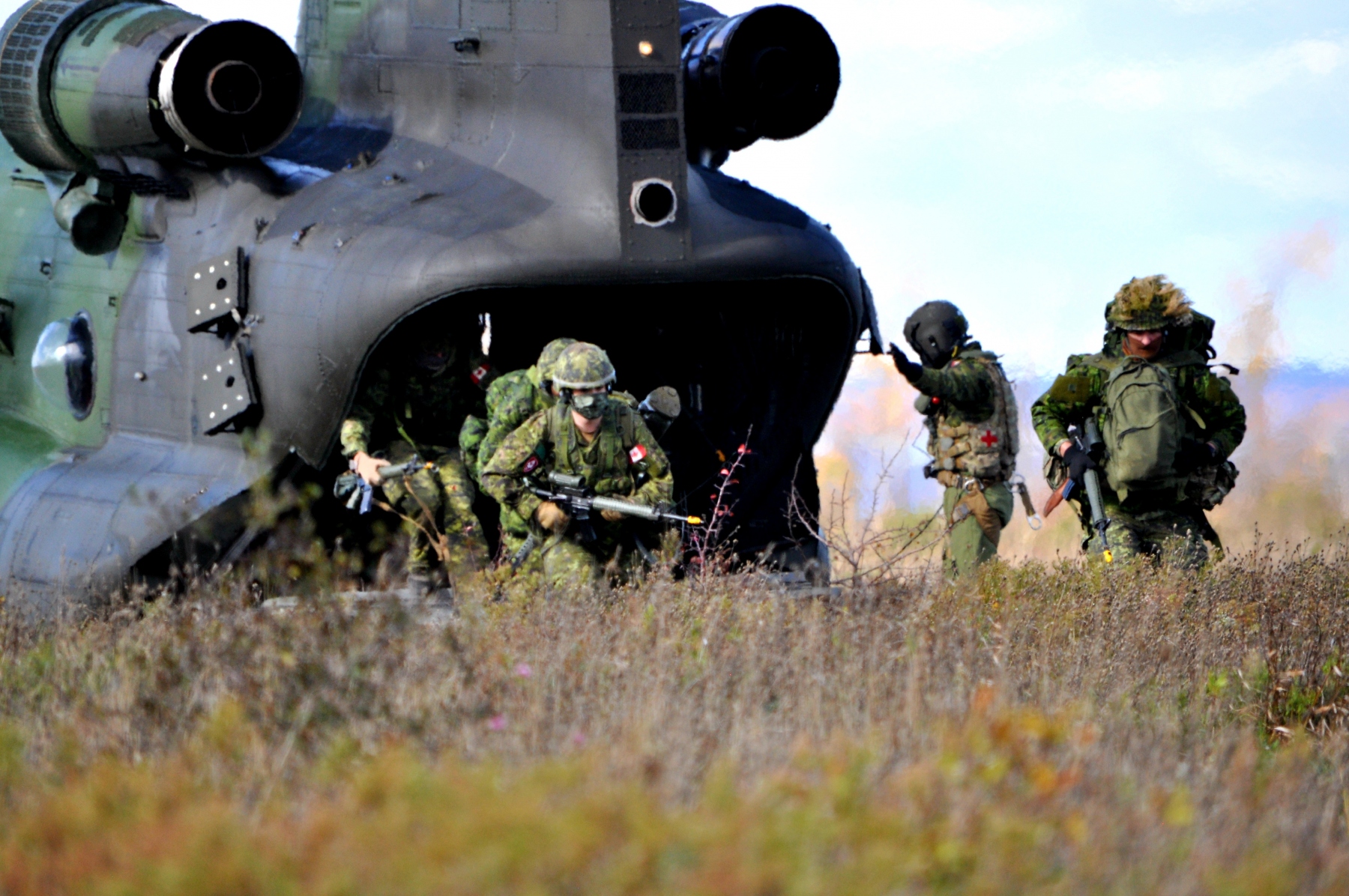 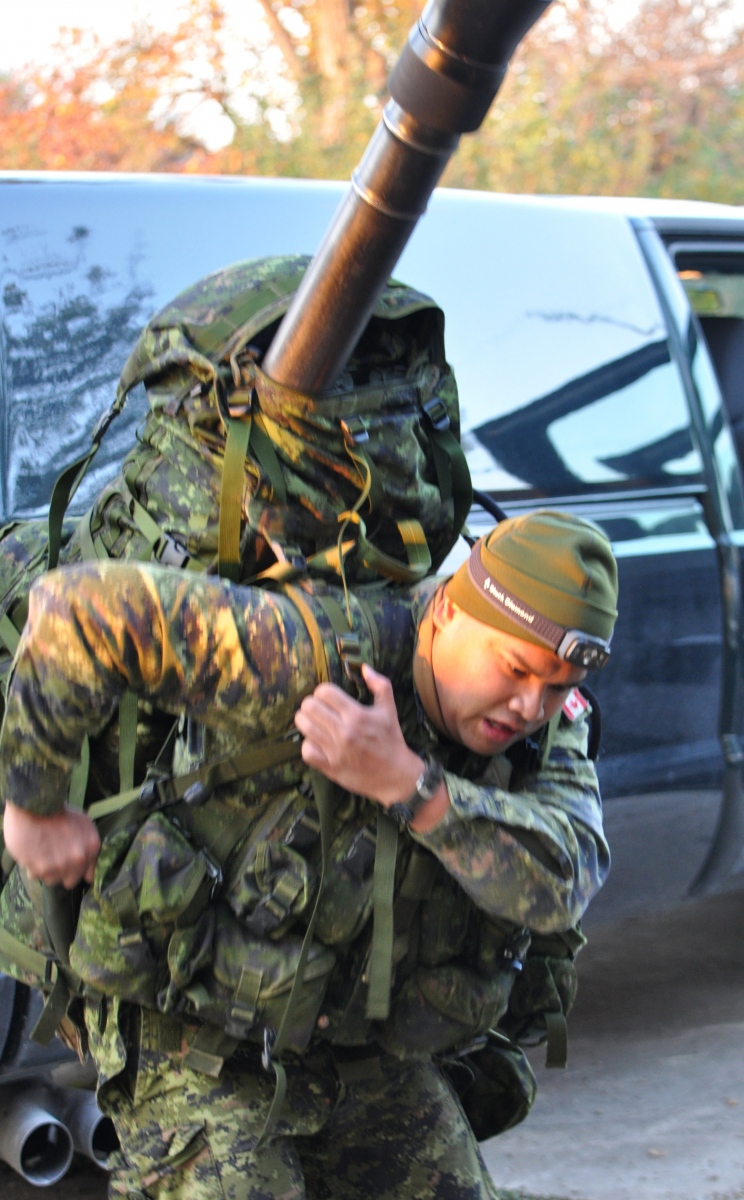 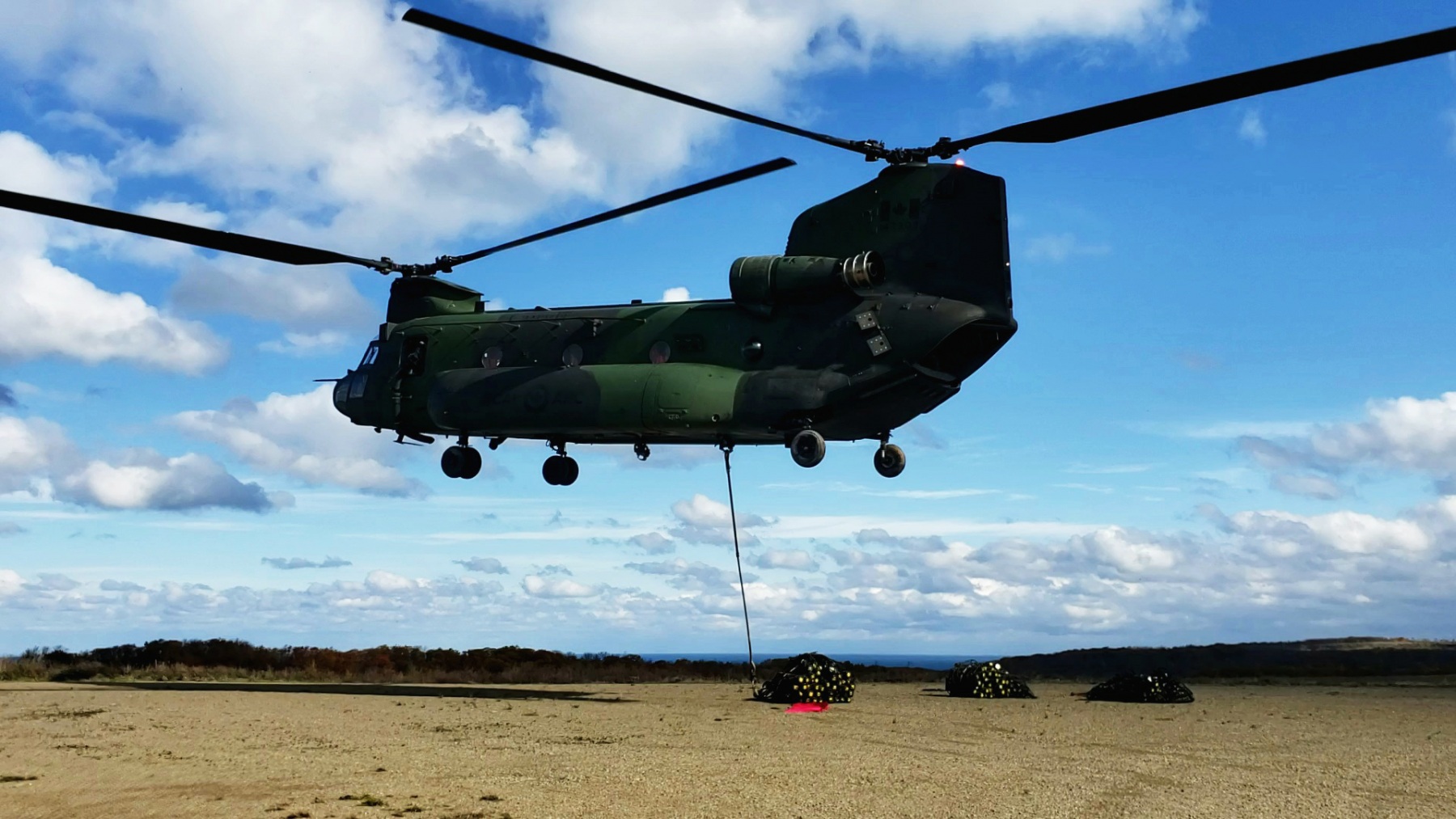 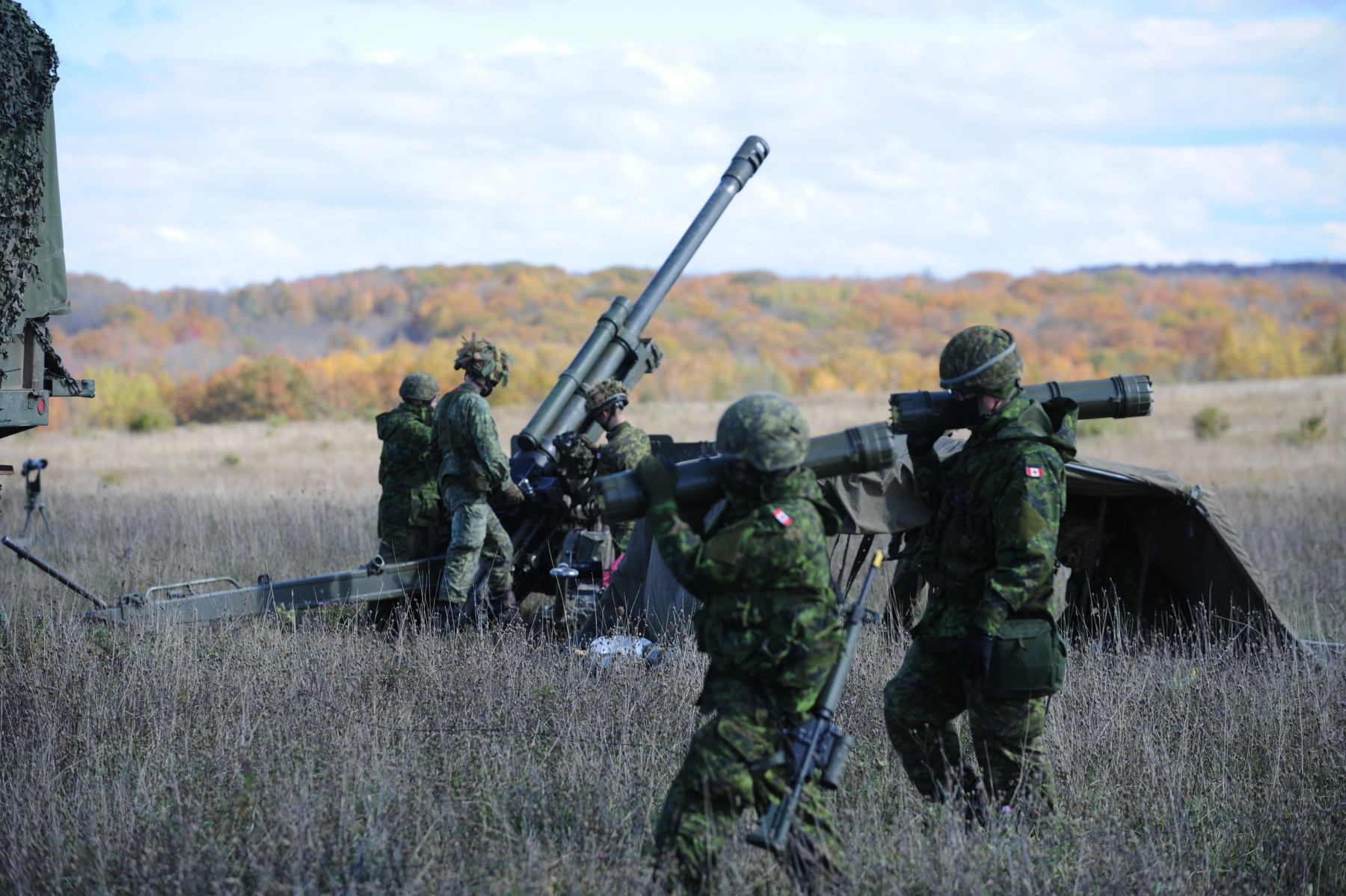 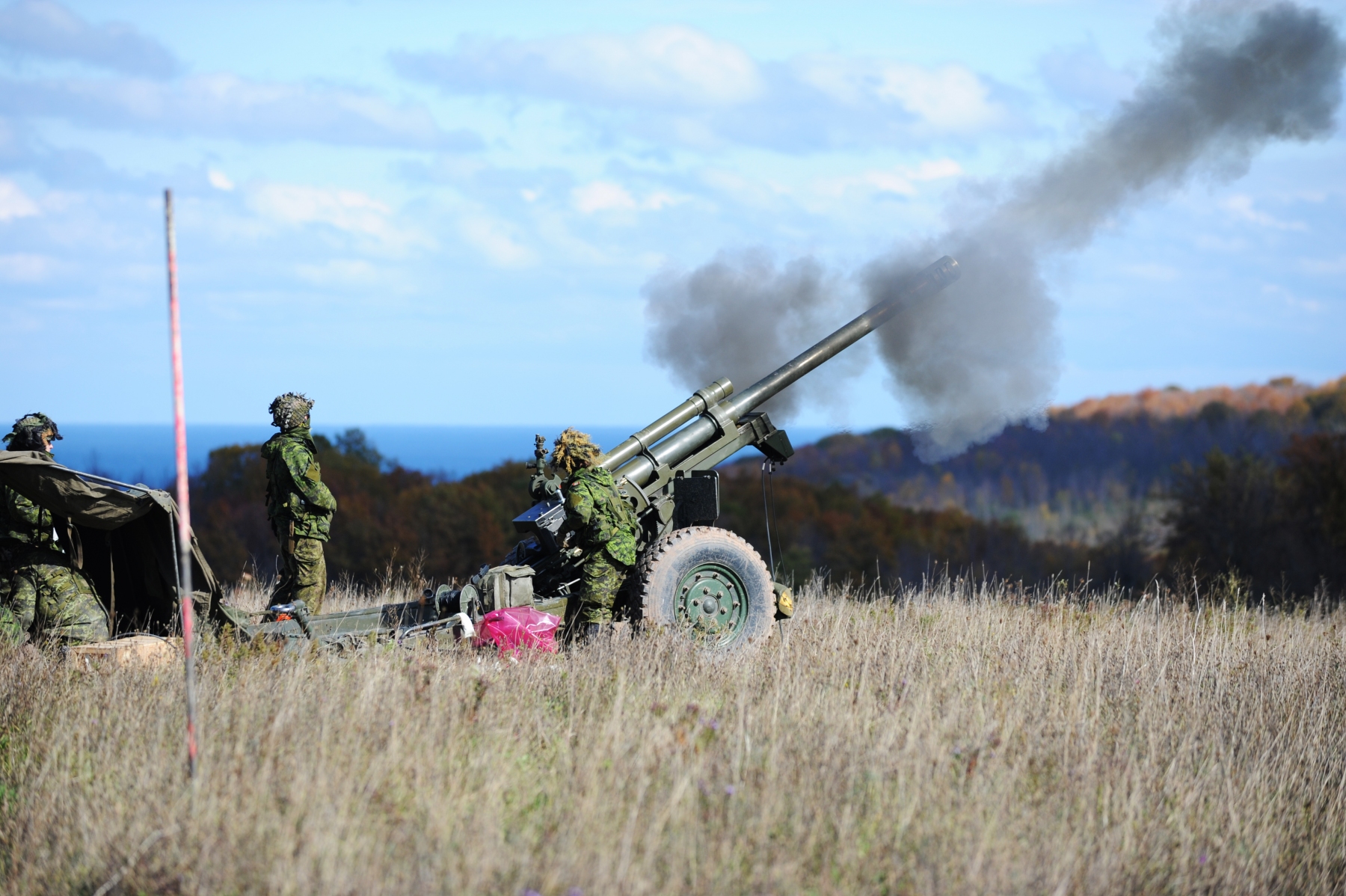 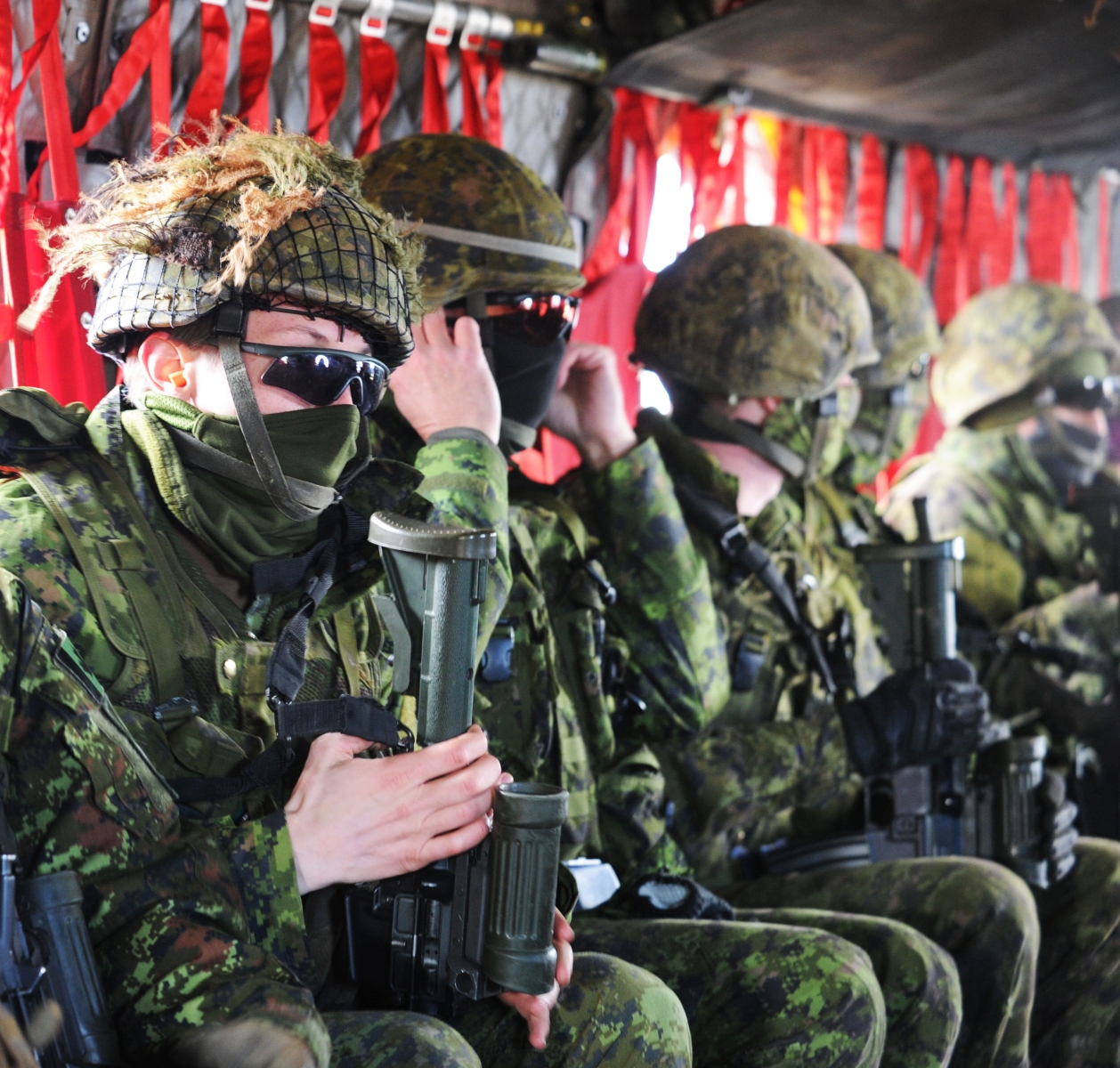 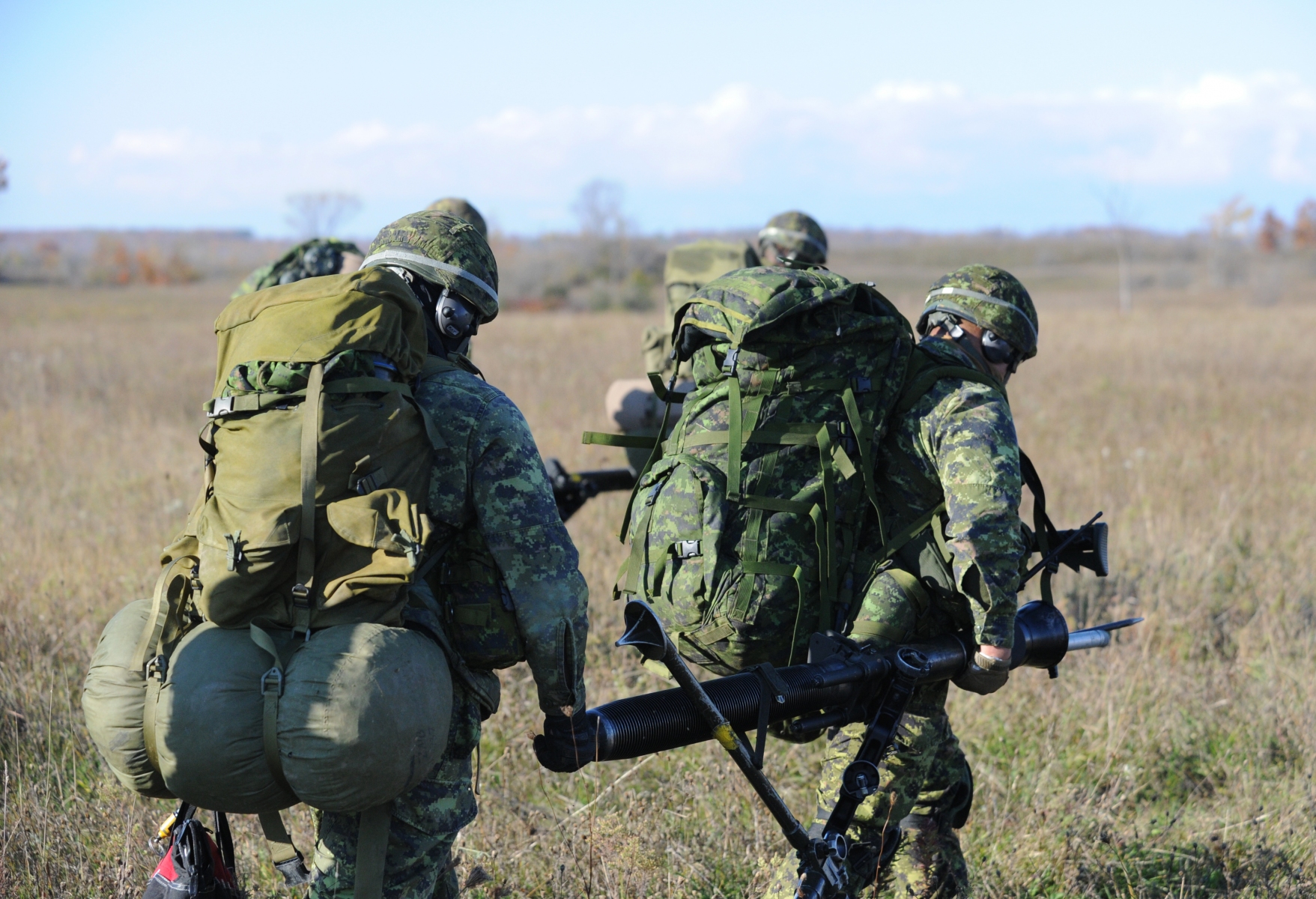 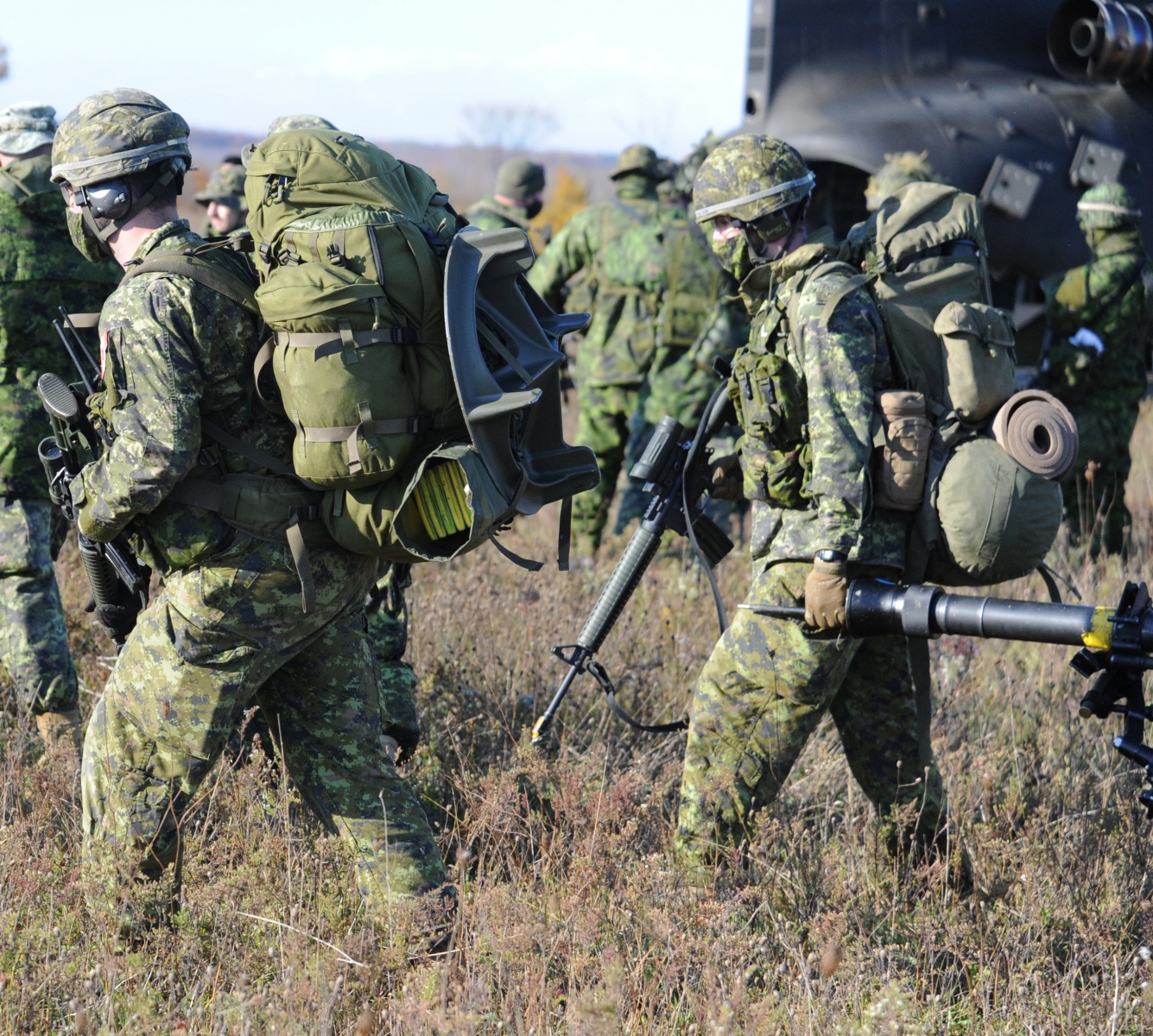 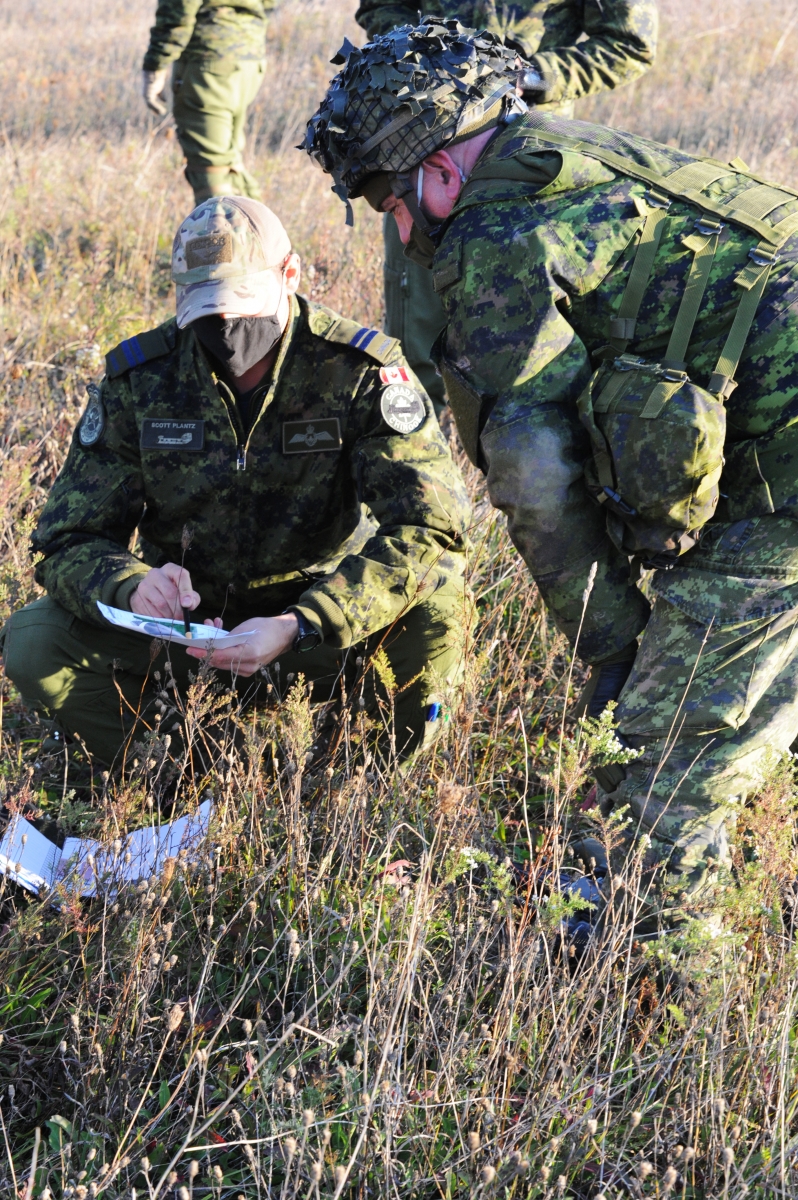 There’s nothing remarkable about the 11th Field Artillery Regiment, Royal Canadian Artillery, conducting live-fire range shoots. Exercise Autumn Gunner 20, however, was far from normal, considering the assets it included and the ways in which they were delivered and employed.

Approximately 80 soldiers from Reserve units participated in the exercise from Oct. 16-18 at 4th Canadian Division Training Centre (4 CDTC) in Meaford, near Owen Sound. Units from Kitchener, Cambridge, Guelph and Hamilton took part and were supported by helicopters from the Royal Canadian Air Force (RCAF).

Ex Autumn Gunner was led by the 11th Field Artillery Regiment (11Fd) headquartered in Guelph, and had contingents from Waterloo Region’s Royal Highland Fusiliers of Canada (RHFC) and CH-147F Chinook helicopters from 450 Tactical Helicopter Squadron. The participating units fall under the command of 31 Canadian Brigade Group, based in London, which has units across Southwestern Ontario.

The exercise tested the rapid deployment of 105 mm C3 howitzers and 81 mm mortar systems across the sprawling 4 CDTC training area, where indirect fire missions were conducted by both 11Fd and RHFC soldiers working as a larger fire-support team. This included the employment of forward and airborne observers marking, correcting, and calling in rounds on multiple targets. Completing these tasks confirmed their ability to command, move, fight, and communicate under high-intensity conditions in remote locations, while demonstrating their capacity to provide the Army with battlefield fire support.

“This challenging exercise was an incredible opportunity for our soldiers to test their mobility and sustainability in the field, while ensuring we can provide experienced and professional forces when and where required,” said Lieutenant-Colonel Gary McQueen, Commanding Officer of 11Fd.

To maintain Canadian Armed Forces readiness and prevent a decrease in critical operational capabilities, the Army Reserve has resumed training in a safe and deliberate manner, and all soldiers participating practiced health protection measures based on public health guidelines, including wearing masks, extra sanitizing of equipment and hands, and physical distancing where possible.

The return to regular training ensures that local Reserve personnel and equipment are prepared to support international operations like those led by the United Nations, NATO, and other international coalitions, and to ensure readiness to respond to emergencies in Canadian communities like wild fires and floods.

“Ex Autumn Gunner demonstrated our ability to rapidly deploy soldiers and equipment when working closely with our partners from the RCAF,” said Colonel Joe Robinson, Commander 31 Canadian Brigade Group. “It was definitely a team effort, with our soldiers from Guelph and Hamilton welcoming the participation of close-by Waterloo Region-based units.”