Powering up the next gen of generators 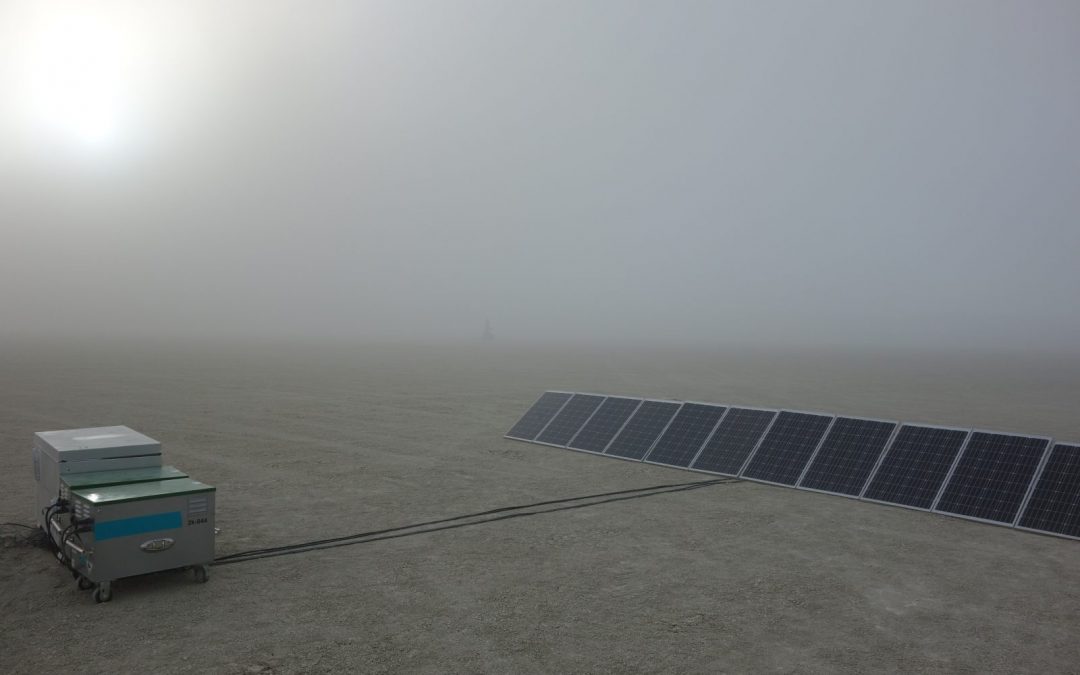 If ever there was a project that proved no defence acquisition is ever as straightforward as it seems, perhaps it is Tactical Power Systems (TPS). The Canadian Armed Forces (CAF) inventory of tactical generators includes 50 different types, some 3,000 in all under 60 kW, to power everything from command posts and computers to heaters, lighting and the all-important coffee pot.

Most are at the end of their service life and costly to maintain. They also fall well short of the CAF energy and environmental standards and the 2017 defence policy objective of reducing petroleum-generated electrical energy in deployed camps by 50 percent by 2030.

When the project team at the Directorate of Land Requirements explored replacement options, weighing cost against the most environmentally friendly capability was among 10 key factors. Should they go with new more fuel-efficient generators, a mix of new generators in combination with energy storage such as batteries, or generate power from non-fossil fuels in combination with energy storage?   All options would need to include new distribution systems.

The third option was beyond the project budget, so the team is bringing forward the second for industry feedback, said Major Don Parker, the project director. “We were approved to plan for a mix of green and white (commercial) fleets. The white fleets are cheaper and would allow us to get more capability for the money. [But] we need more industry feedback to see if the white/green concept is feasible from their perspective.”

That will likely happen early in 2021 in the form of a request for information. The request for proposals would follow by 2023.

Parker said the mix of generators, which could reduce fuel consumption by up to 40 percent in some circumstances, would allow the CAF to deploy white fleets for training events and domestic operations and reserve the green fleet for high-threat international operations. 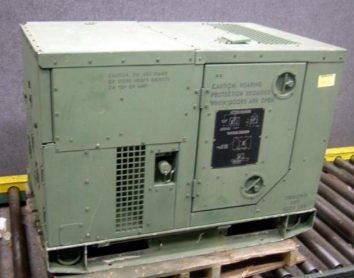 Though the Army is not yet naming potential bidders, a number of Canadian companies are eyeing the project with interest. One with a green solution is Portable Electric of Vancouver. Founded in 2015, the company offers a line of robust, renewable power systems, VOLTstack, that have their origin in the oil sector. Founder and chief executive officer Mark Rabin, a petroleum geologist, saw the need for off-the-grid power at numerous field sites and quickly realized “you could not rent an industrial-grade renewable power system. That’s when we said, ‘We need to build prototypes and get them out in the field’. The idea was, anywhere you need temporary and mobile power, we can provide a solution.”

The VOLTstack line, which is designed, manufactured and maintained in Vancouver, offers rapid micro-grid set up and can be solar charged or connected to electric vehicle infrastructure.

Portable Electric began with events and festivals and soon caught the attention of the film industry, where low-noise generators are an obvious plus and sets often resemble a mini village that is frequently relocating. By 2018, Rabin was getting calls about disaster relief. He travelled with some generators and technicians to North Carolina after Hurricane Florence swept through.

“That was eye-opening,” he said.  The company established micro grids to relieve exhausted homeowners who had generators but no longer the wherewithal to drive three hours for gas. “We definitely saw that fuel supply chain risk.”

The company is now exploring military applications as projects like TPS move through the procurement process and the Innovation for Defence Excellence and Security (IDEaS) pop-up city challenge seeks solutions for reliable, efficient, integrated and scalable energy, water and waste management systems for temporary camps.

“There are a bunch of attributes of our renewable energy systems that would fit well with forward operating bases. Obviously, there is no noise, no heat, no plume. They are portable and you can charge them from base camp.”

Rabin has applied for the IDEaS challenge but as of August had yet to hear back. (The program paused some of its activities during the pandemic and the pop-up city contest is scheduled to resume in 2021.) “The struggle here in Canada is we tend to barely support technology in our own backyard,” he observed, though he noted, Portable Electric “had to get better at understanding the [government] procurement process.”

If the company’s energy and distribution systems fit some of the TPS or IDEaS criteria, Rabin is open to any arrangement. “It is not a one size fits all type of solution. We would look to sell, lease or partner.”