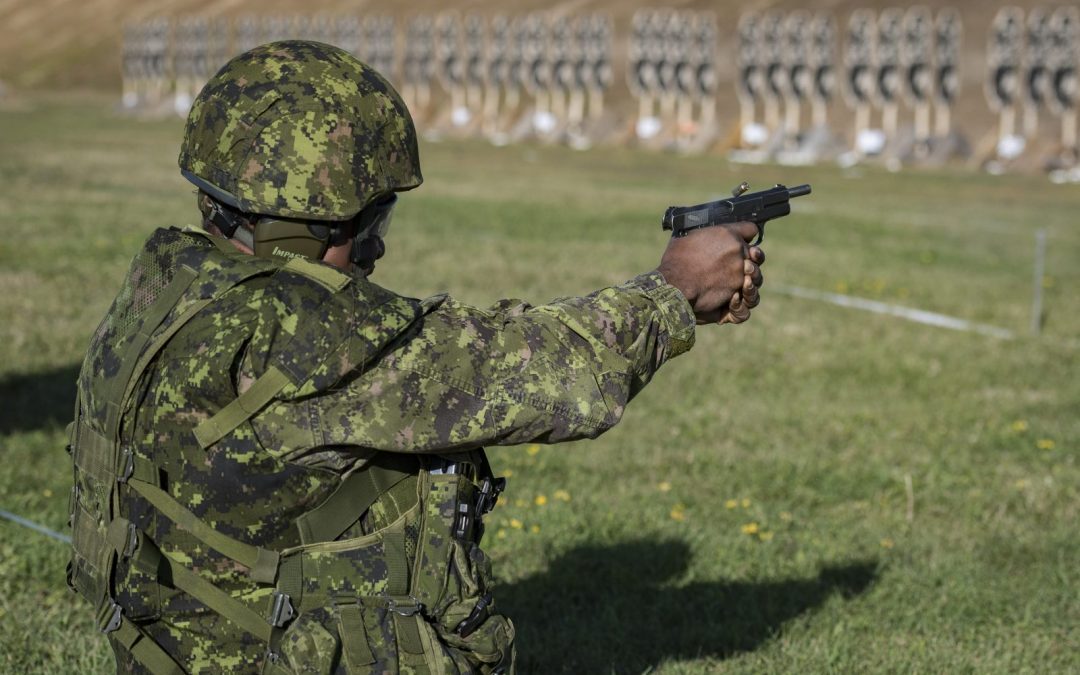 The quest to replace the Browning Hi-Power, the Army’s almost 60-year-old 9mm semi-automatic pistol, is through the draft request for proposals (RFP) stage.

Public Services and Procurement Canada released a draft RFP on Feb. 26, 2021, and should have the final RFP to interested vendors shortly. The government aims “to have a contract in place by fall 2021,” said a spokesperson for National Defence.

While a new pistol will eventually be delivered for all Army, Navy and Air Force personnel on deployment, “the current solicitation is to support the Canadian Army only,” the spokesperson noted.

“Military Police requirements will be handled via a separate RFP later this year … [while] options in the future [will] support Royal Canadian Air Force and Royal Canadian Navy needs.”

Under the planned RFP, the government will procure a minimum of 8,000 pistols for the Army and expects initial deliveries by summer 2022. Options for up to 16,500 could be included to meet the wider Canadian Armed Forces requirements.

The value of the initial Army contract is not yet known, but the total contract if options are exercised could be as much as $18 million.