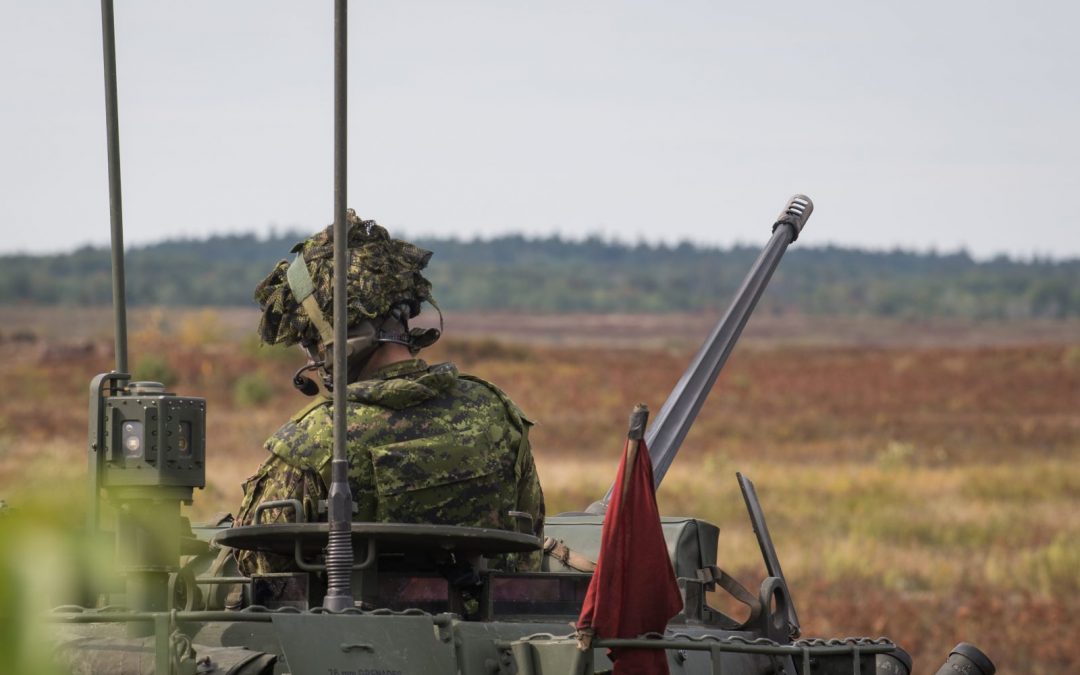 The Army Commander has issued a directive to stamp out racism, discrimination and hateful conduct. In an organization of almost 50,000 Regular and Reserve Force members, Canadian Rangers, and civilian employees, the occurrence of such incidents has been relatively small, “but one case is one too many,” LGen Wayne Eyre said in an interview in September shortly after issuing the Canadian Army Order (CAO).

Hateful conduct, including harassment and micro-aggression, “erodes so many aspects of who we are,” he explained. “It erodes the trust we have with our population, if we are not reflecting the values of our country. It erodes our cohesion, which underpins our operational readiness. And it erodes the trust that individuals have in the institution. If we don’t address it, we are harming our own people, harming our readiness, and harming our relationship with our own country.”

The directive defines the behaviour the Army seeks to prohibit, including affiliation with organizations promoting hate or violence against “a person or any identifiable group based on a prohibited ground of discrimination.” That includes the display of tattoos that “communicate, constitute, encourage, justify or
promote violence or hatred.”

“We’ve got to be seized with this before it grows into a larger problem,” said Eyre. “What concerns me is, we see the toxicity in our society – call them the echo chambers of hate that are out there, the rise of some of these hate groups and perhaps the allure they have for some individuals in society. Well, they have no place in our organization.”

The CAO describes three lines of effort: Prevention through proactive education; responses such as encouraging members to speak up when they witness or become aware of incidents and holding members to account for their actions; and an assessment process that involves Army contribution to Canadian Armed Forces-wide mechanisms to report, track and assess incidents.

Along with Eyre’s intent, the directive details the procedures and processes units are to follow when hateful behaviour is reported to the chain of command. “Failure to act is considered complicity in the event,” according to the CAO.

Several incidents in the past year have shone a spotlight on the conduct of a few in the ranks. A CBC News investigation this past summer found that some serving Canadian Rangers had expressed support in social media accounts for far-right groups such as the Three Percent movement and the Soldiers of Odin. In January, Patrik Mathews, a former Reservist, was arrested by the FBI and faces trial in the U.S. for recruiting for white supremacist groups.

The CAO builds on direction from the Chief of the Defence Staff and Military Personnel Command and was completed following feedback from Army senior leaders during a virtual symposium in September. Over 450 Regular and Reserve Force leaders from units in Canada and deployed globally were able to participate for the first time in the annual event that normally takes place in Ottawa with a much smaller audience. “We talked about a lot of issues, but this was one of the key ones,” said Eyre. “The feedback I’m getting is that it was well received.”

The Army, along with the rest of the Canadian Armed Forces (CAF), is in a talent war with Canadian industry for engineering- and computer-savvy young Canadians as it introduces technologically complex equipment and builds cyber and information operations capabilities. It’s a battle Eyre is well aware of.

“What we offer that these tech companies don’t is purpose,” he noted, “and there is no higher purpose than serving your country. But we have to do everything we can to make sure the environment and the workplace is agreeable for that talent.”

The directive comes at a time when many western militaries are wrestling with the same challenge as hate groups encourage participation in armed forces to acquire firearms and other military skills.

“The United States armed services and their counterparts in allied countries must close off all means by which white supremacists, anarchists, or fascists enter our national institutions and social mainstreams,” Gen (Ret’d) James Jones, a former commandant of the Marine Corps and Supreme Allied Commander of Europe, wrote in The Atlantic. “The military must study what might attract hate groups and extremists to join or recruit from its active-duty ranks and its veterans.”