More time on the guns 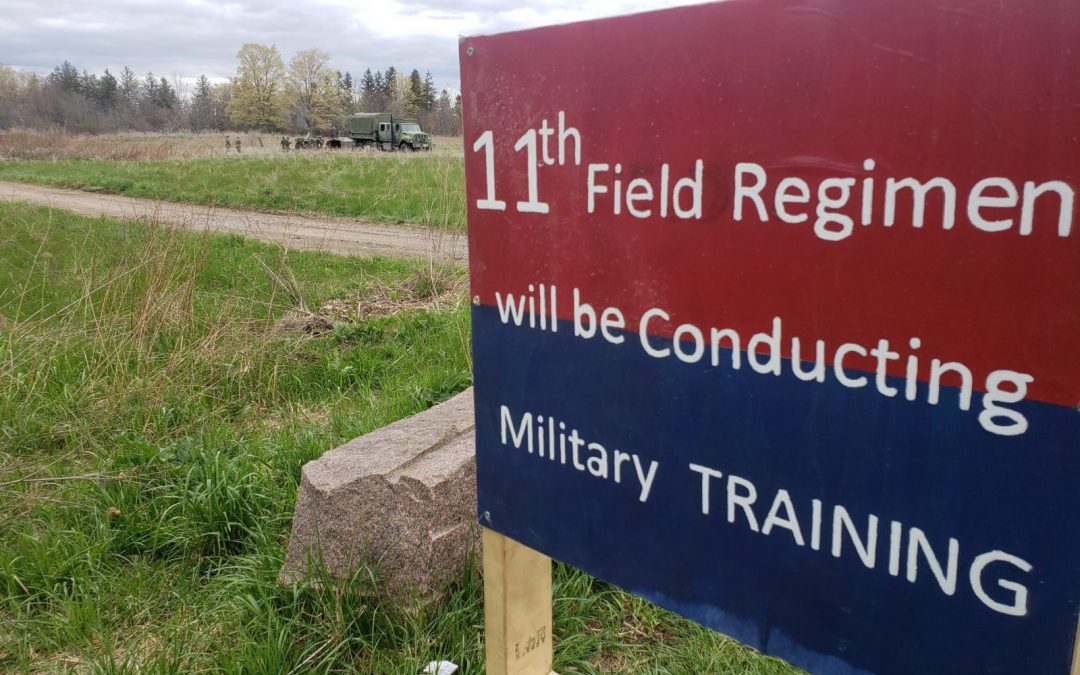 With the COVID-19 pandemic placing new restraints and constraints on Canadian Army Reserve training, staying closer to home has become a solution for 31 Canadian Brigade Group (31 CBG) in Southwestern Ontario.

In fact, 31 CBG has completed multiple exercises and training activities on public and private land during the pandemic. That trend recently continued for the Brigade’s artillery regiment.

Army Reserve soldiers from the 11th Field Artillery Regiment, RCA (11Fd) of Guelph and Hamilton were training at Woodlawn Memorial Park in Guelph in early May under a three-week Land Use Agreement (LUA) with local officials. The goal was to complete the early stages of a much longer course without wasting time while maintaining Force Health Protection Measures (FHPMs).

Instead of travelling to more distant training areas like Meaford or Borden to teach rudimentary soldier skills, the Brigade has turned to partners in the local community who have plenty of vacant land available, close to the armouries.

With the reality of regional lockdowns and limits on gatherings, 31 CBG overcame these challenges with an LUA governing the use of vacant land behind a local cemetery. They used no live ammunition but were able to teach rudimentary lessons like the discipline and teamwork needed to operate artillery weapons systems. 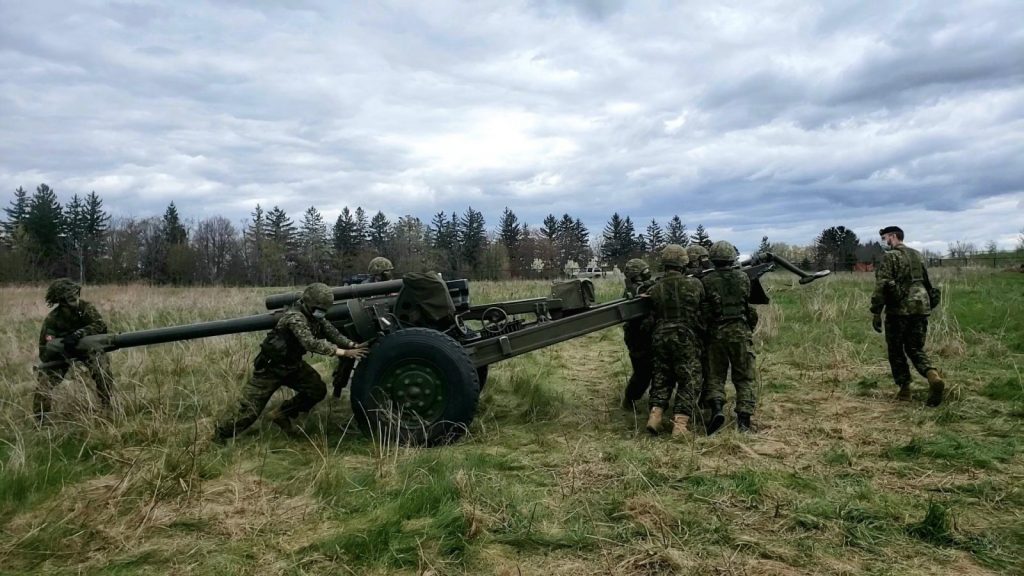 The soldiers were participating in their Development Period-1 (DP1) training to become qualified artillery gunners, following their graduation from Basic Military Qualifications (BMQ) – also based locally in Guelph in the preceding months.

“It’s a very diverse group,” said Private Quinn Rausch. “All of us have been training together here since the start of Basic, and we’ve really become a team.” The troops had followed a more traditional Army Reserve path for BMQ, with trips to 4th Canadian Division Training Centre, Meaford following basic lessons taught at the Guelph Armoury.

But on the weekend of May 9, local training went a step further, as the Regiment deployed a 2,450 kg 105 mm C3 howitzer, the primary system used by Reserve artillery units, which can fire projectiles over 18 km.

“We’re teaching the next generation of gunners how to be members of the Royal Canadian Artillery,” said Captain Stephen Beck, course officer. “The most important lesson is how to work as a team. It takes a crew of seven to operate the C3 effectively; they all need to know their roles, how to work together, and how to do their jobs effectively.”

Instead of traveling to distant bases to learn the fundamentals of teamwork and the basic operation of the C3, the unit was happy to avoid long drives, and use the extra time for training. “Instead of spending time on the highways, candidates get to spend more time on the guns,” said Beck. “We can accomplish the more simple tasks right here at home just as effectively, and in fact, more efficiently.” 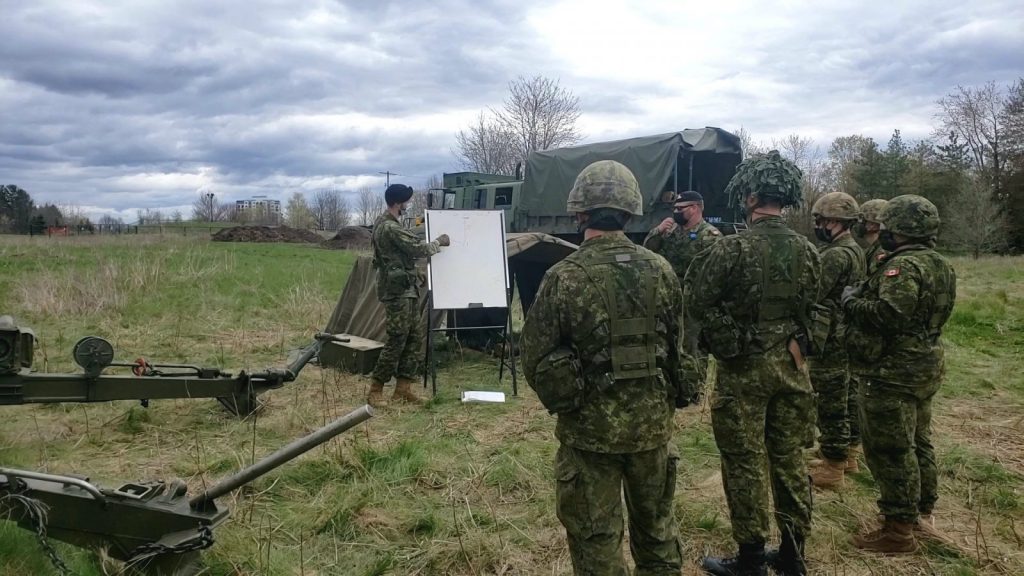 Indeed, Guelph has become a hotspot for artillery training, with 11Fd running Basic Military Qualifications, Command Post Operator, DP1, and regular unit training, all while the Royal Canadian Artillery is celebrating its 150th anniversary across Canada.

The importance of the anniversary and the Regiment’s historic connection to Guelph isn’t lost on the troops either, as they displayed their new “Ubique 150” patches, proudly marking the important occasion right in view of the local community. “We’re really proud to be a part of that, here in Guelph,” said Rausch, “and it’s great to show these patches off here at home.”

Perhaps this new model of teamwork – which includes working with local community partners and the use of vacant land as training areas close to Army Reserve facilities – is one positive to come from such a challenging situation; and perhaps it represents a solution that can outlast even this most persistent pandemic. 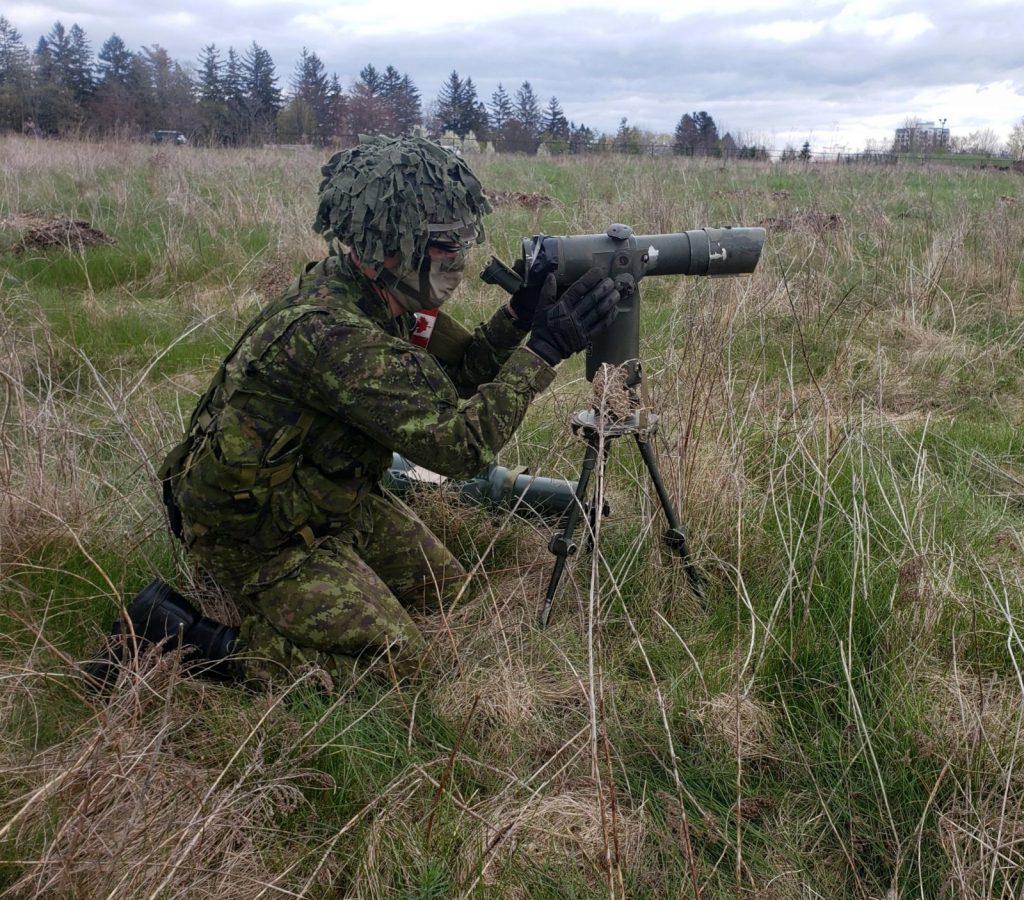