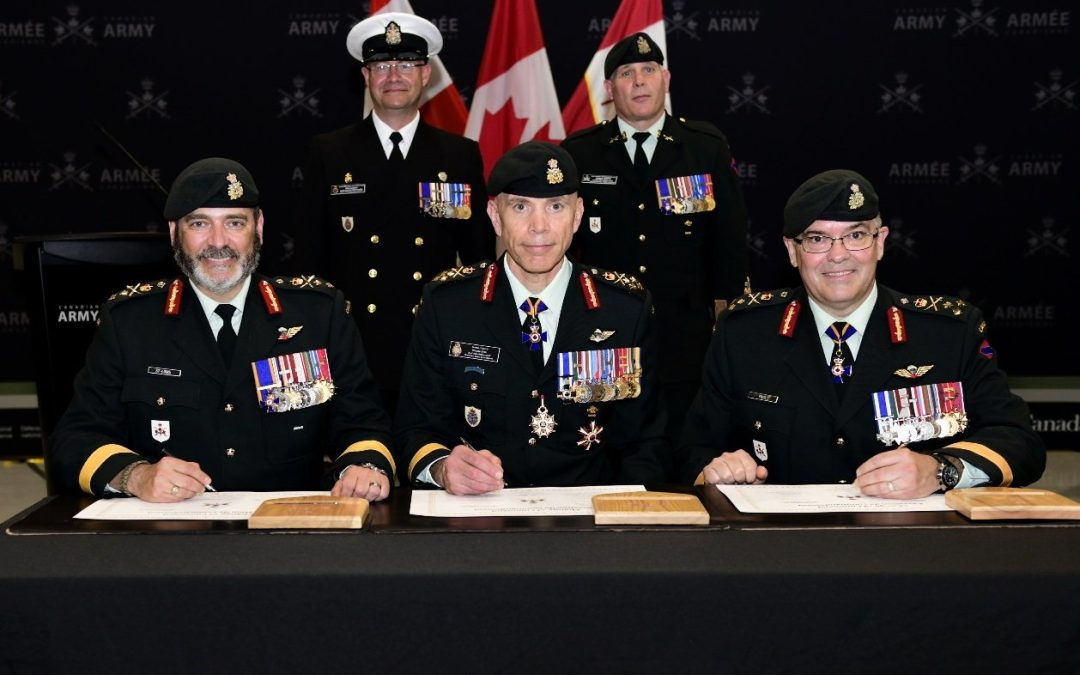 LGen Jocelyn (Joe) Paul has assumed command of the Canadian Army following a ceremony on June 16 at the Cartier Square Drill Hall in Ottawa. Paul took over from MGen Michel-Henri St-Louis, who had served as acting commander and is set to become the commander of the Canadian Defence Liaison Staff Support Unit in Washington, D.C.

A member of the Royal 22e Régiment, he commanded the 2nd Battalion, including the 2 R22eR battle group deployed to Kandahar Province, Afghanistan, in 2009. He was awarded the Meritorious Service Cross for the performance of the unit.

“I welcome LGen Paul into this new role as an institutional leader. His strong legacy of professionalism and excellence will support the Canadian Army where people come first — where their talents, contributions, and individuality are welcome and appreciated, and where they are treated with compassion, respect, and dignity by their peers and their leaders,” said Gen Wayne Eyre, Chief of the Defence Staff and a former Army commander.

Paul is a graduate of the U.S. Marine Corps Command and Staff College, the USMC School of Advanced Warfighting, and the Canadian Forces National Security Program.

“The call to serve as Acting Commander of the Canadian Army has been the greatest honour of my career,” said St-Louis. “In this role, I have been afforded the extreme privilege to witness excellence on a daily basis, as our soldiers serve with pride and distinction with utmost dedication and perseverance, even at its most challenging and unprecedented of times.”

The ceremony included a 14-soldier contingent and band comprised of members from the 1st Battalion, The Royal Canadian Regiment, and the Governor General’s Foot Guards, respectively.