Land C4ISR: The bridge to a better way to buy high tech? 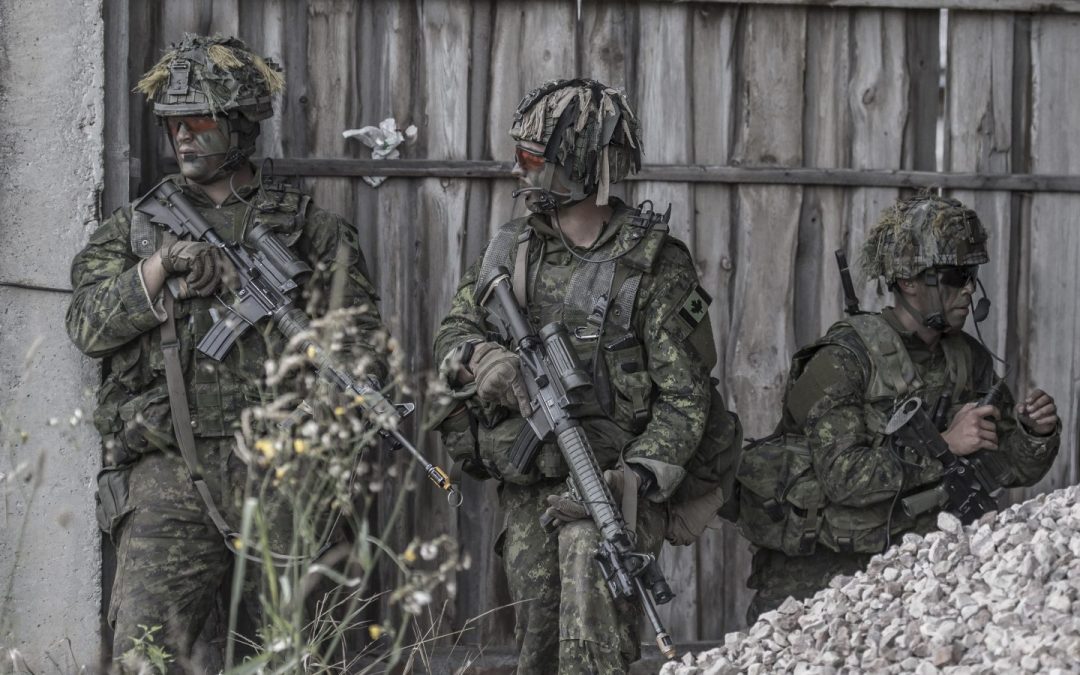 Imagine buying your home wireless network and your cellphone by taking four to eight years to analyze your options and define your requirements and a year or more to purchase and install the system, all with the intent of operating it for the next 15 to 20 years.

That standard model of acquiring and sustaining military equipment might deliver a robust combat vehicle, but it isn’t adaptive enough for technology that changes every 12 to 18 months, acknowledged Lieutenant-Colonel Ian Graham.

“The way you buy a truck is ideally not the way you buy high-tech equipment,” he said. “We don’t know where high-tech will go in five years, but we are asked to predict with a very accurate budgetary figure out 20 years. It’s a challenge.”

Graham leads Land C4ISR, arguably the Army’s most high-tech program, for the Directorate of Land Requirements (DLR). He’s advocating for a more agile approach to technology acquisition if the Army is to keep pace with rapidly evolving systems and remain interoperable with allies.

Modernizing the land-based C4ISR (command, control, communications, computers and intelligence, surveillance and reconnaissance) systems was among dozens of initiatives outlined in Strong, Secure, Engaged (SSE), the government’s 2017 defence policy. C4ISR, however, is an all-encompassing acronym that doesn’t fit simply into a well-defined category.

“There is no clear doctrinal definition of C4ISR,” said Graham. “It’s an amorphous concept that is everything to everyone. All capabilities require networks and communications now. Even a vehicle has to have a network.”

Though most Army projects contain a C4ISR component – even improving operations in remote regions has a communications requirement – the Land C4ISR program has been narrowed to six core projects, often referred to as SSE 42 for their number in the defence policy.

Joint Deployable Headquarters and Signals Regiment Modernization (JDHQSRM) will upgrade the communications systems, including most of the secret level comms, that the signals regiment employs when setting up a division or joint task force headquarters or when elements of 1st Canadian Division, such as the Disaster Assistance Response Team, deploy.

Combined Joint Intelligence Modernization (CJIM) has a similar mission, but is focused on the deployable top-secret intelligence networks. The project will also modernize the physical shelters and could include a training house for intelligence operators.

With Tactical Command & Control Information Systems Modernization (TacC2IS Mod), the focus shifts to the hardware and software that comprise the systems and networks in brigade and battle group headquarters, and the software in radios and other systems in vehicles.

Canadian Land Forces Electronic Warfare Modernization (CFLEWM) has two objectives, to modernize the Army’s ability to counter improvised explosive devices and to improve its electronic warfare systems. Previously distinct capabilities, the two share a common interest in electronic countermeasures to sense and jam or exploit threats from electronic signals, so CFLEWM will attempt to integrate the two capabilities.

Finally, Tactical Communications Modernization (TacComms Mod) will ensure the operational and tactical bandwidth and acquire the radios and other communication tools for headquarters, vehicles and other platforms.

Beyond the core six projects – which are all in the options analysis phase of the procurement process – the C4ISR program is also coordinating with several related projects, including joint fires modernization, ground-based air defence (GBAD), Light Forces enhancement, and the LAV reconnaissance and surveillance system upgrade.

GBAD, for instance, will require a high-speed network to connect a sensor, such as the medium range radar, to a shooter. Unless that network can relay that information and engage the incoming threat within a few seconds, the system will have limited effect.

“It has to have its own high-speed network and it has to connect into the larger network,” said Graham. “And there is only so much frequency and bandwidth in a combined force, so you have to deconflict all these things.” 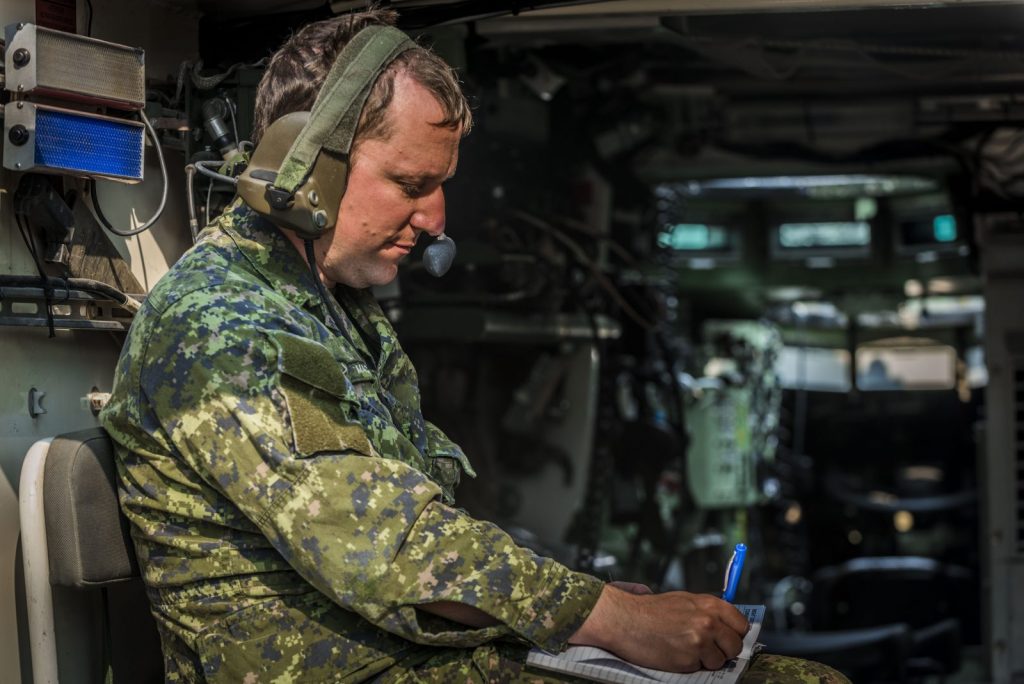 In total, the Army is preparing to spend between $3 billion and $7 billion on C4ISR-related projects over the next decade. But without a more agile approach to procurement, he cautioned that the Army could be pricing capability in the options analysis phase that will be obsolete by the time it is eventually fielded.

“When you cost a project in detail, you effectively set what the project is going to do, you figure out what you are going to buy,” he noted.

Consequently, the project teams are doing the legwork to layout an alternative that would spread the Vote 5 funding for capital projects, typically spent in the first years of implementation when a piece of equipment is bought, over the lifetime of the system or capability, typically 10 to 15 years.

Rather than buy 10,000 tactical radios, which have become increasingly like a cell phone, and use them for 10 or more years, the Army would acquire 3,000 to 4,000 every three to six years, evolving the systems with updated software with each purchase.

It would not necessarily compress the options analysis and definition phases of the procurement process, which can drag on for years, but it would allow the Army to build complex networks in increments, spending a portion of the overall budget with each cyclical augmentation.

“With high tech, that’s what you have to do to be effective and minimize risk,” said Graham. “What we want is something where there is oversight, but it allows for a more flexible use of the money. There’s not a program approach at this point in the department like that, so this would be a real challenge.”

By evolving C4ISR technology at a constant rate, the military would retain a competitive edge over adversaries and more easily remain interoperable with allies. It would also encourage industry suppliers to maintain a constant capability development process, negating the boom and bust cycles that can occur when the Army only buys something every 10 or 15 years, he observed. 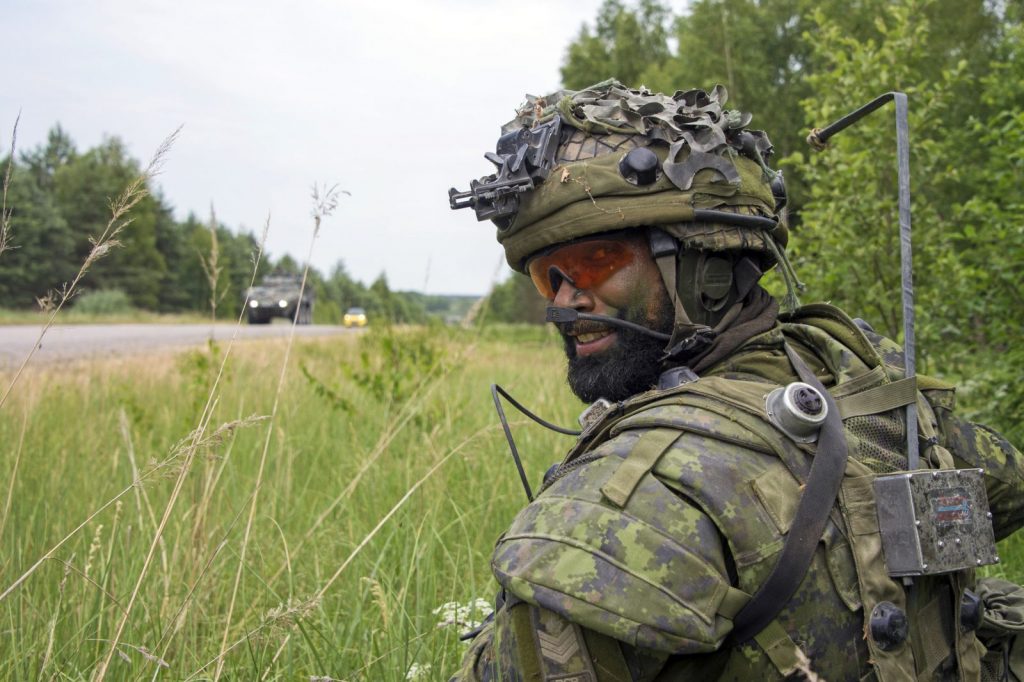 At the end of January 2019, General Dynamics Missions Systems-Canada (GDMS-Canada) was awarded three contracts valued at $621.5 million to sustain the current systems. The company has been the primary integrator since it first won a support contract for Tactile Command, Control and Communication System/IRIS in early 1990s.

One involves engineering and integration support for the tactical equipment and software in vehicles such as radios, intercoms, and data distribution systems. It includes testing and integration of components provided by several different manufacturers.

The second is a software support contract primarily for LCSS battle management applications and the systems that support battalion and brigade headquarters by informing command decision making. It too involves test and integration of proprietary systems from multiple suppliers.

The third is specific to cyber assurance. It supports the protection of data information systems, largely by ensuring security patches have been updated. The contract also includes the creation of a new cyber operations centre, set up and manned by GDMS-Canada, to monitor the networks and help commanders take appropriate actions to protect the networks if anomalies are detected.

“We have to continually update the system, because it is primarily software,” said Richard Fawcett, director of strategy and customer engagement and a former commander of the Joint Signals Regiment with about seven years of experience in DLR.

GDMS-Canada’s role also includes the integration of new capabilities into the network architecture, defining the interface points where a new system like GBAD or air space control centre modernization would connect.

Integration of multiple systems presents a major challenge that is only going to get more difficult. The Land C4ISR program could mean dealing with six different equipment manufacturers with their own proprietary systems, and multiple support contracts, said Graham. Or the commonality of headquarters applications, common operating picture requirements and tactical communications could lead to a grouping of capabilities across all six projects.

“Each project could turn into one big integrator or it could be five or six contracts,” he said.

“Not everyone uses open standards,” added Fawcett. “Different companies still use proprietary standards for obvious business reasons, so now you are into exchanging intellectual property to figure out how to match them. And then there are different generations of technology that you now have to bridge. We can make adapters and gateways. That adds complexity, but as a short-term solution that might be the best way.”

One of core principles to Close Engagement, the Army’s updated capstone operating concept, is command-on-the-move. The Army is in the process of gradually installing Capability Pack TOPAZ, a tactical battle management computer and software solution for sharing positional awareness and information between vehicles and headquarters, into its light armoured vehicles.

That tactical network will replace the current combat net radio and introduce satellite-on-the-move communication links. However, it will eventually be enhanced or replaced by the networks proposed in Land C4ISR. Again, integration will be a critical focus.

“[The Army] hasn’t had a major capital insertion to give them that coherent system,” said Fawcett. “During Afghanistan, they bought a lot of equipment to meet very tactical needs, so the integration was done on the fly. It wasn’t the best but it met the immediate operational concerns of the day. We are now working with the Army to make sure they have that architecture, that blueprint, so that these six separate programs, which in all likelihood will be six separate [manufacturers], can all plug together. Ideally, after the next round of capital programs, we will have a much more integrated system.”

Perhaps the greatest challenge is not the acquisition or integration of C4ISR, but the training and what the Army calls “institutionalization” of capabilities. In an interview in 2014, the then director of C4ISR development, Colonel Steve Hall, suggested that although the Army had delivered and engineered the network technology, “one could make the point that some of these are not complete capabilities yet in terms of all the training and education.”

Without highly trained soldiers on systems that are constantly evolving, the Army is not capitalizing on its considerable investment, making future introductions problematic, said Hall.

“I would say that is still the hardest problem right now,” said Graham. “That is a hard nut to crack.”

However the projects in SSE initiative 42 are ultimately delivered, agility and flexibility in acquisition, integration and training will be a common refrain. 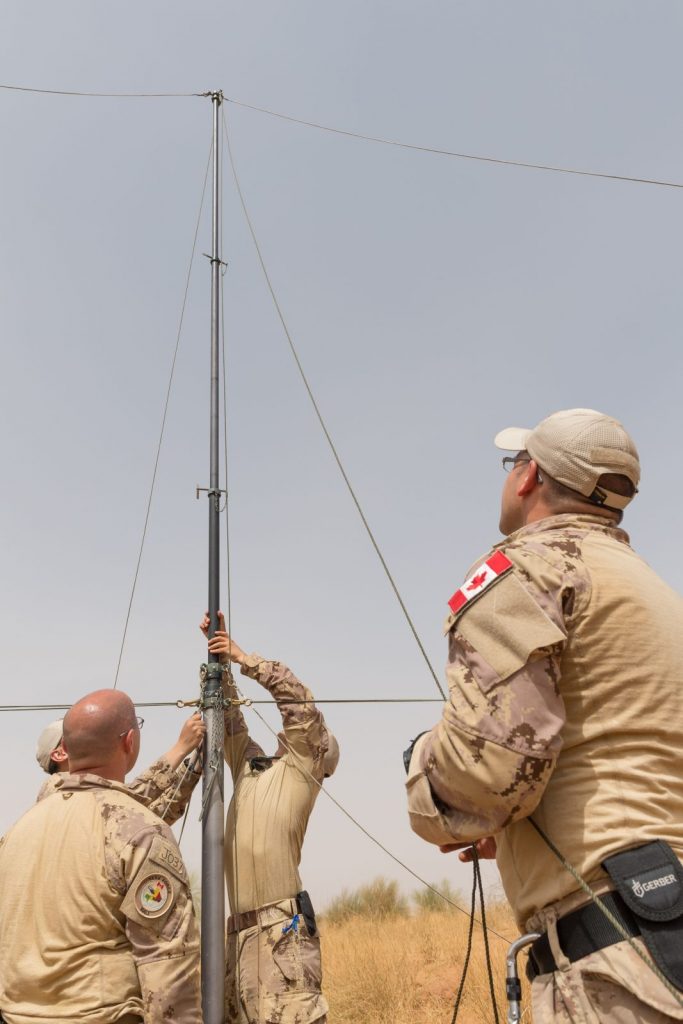