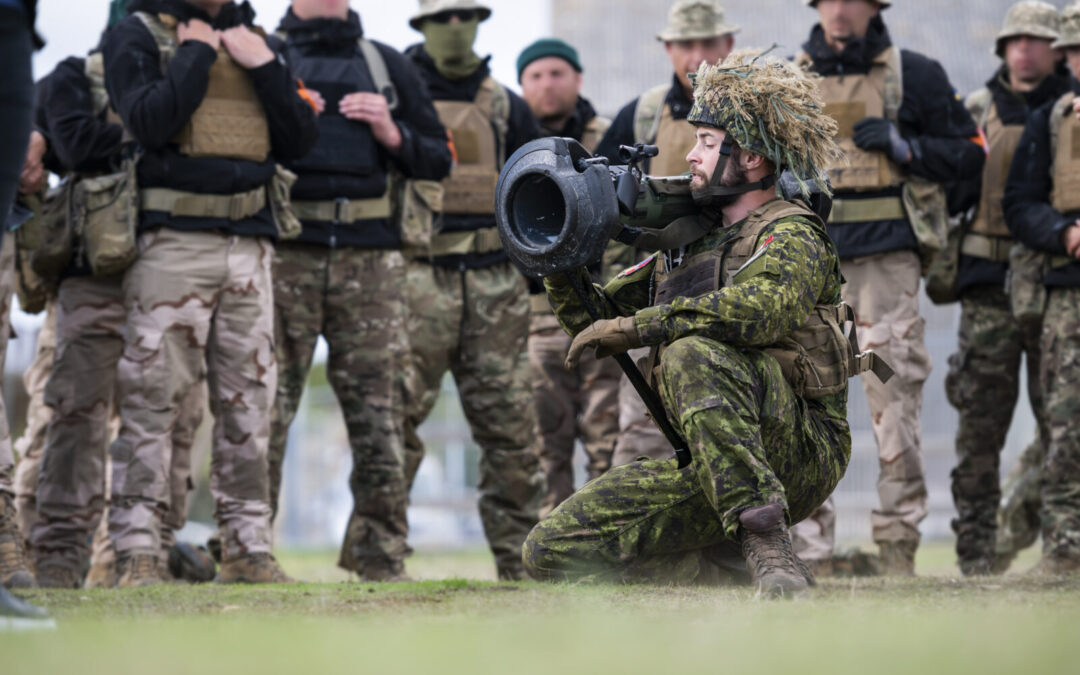 Training soldiers for future combat comes with distinct pressures; training soldiers knowing they will be in the fury of a life-and-death fight within days of completing your course is something else altogether.

Yet that’s the dynamic for a team of around 170 Canadian Armed Forces (CAF) members, most of them instructors from the 3rd Battalion, Princess Patricia’s Canadian Light Infantry (3 PPCLI). In August, they were deployed to a base in the southern United Kingdom to help prepare Ukrainian soldiers for war.

Under Operation Unifier, the CAF has since 2015 trained more than 33,000 Ukrainian military and security personnel in tactics and advanced skills from bases in Ukraine. The mission was paused on Feb. 12 and the trainers relocated, just prior to Russia’s invasion of that country.

The resumed Op Unifier under a British-led multinational training mission called Op Interflex has many of the same core training requirements, but how Canadian instructors approach their job is vastly different, acknowledged Major Mike Pal of 3 PPCLI and the commanding officer of the Canadian contingent.

“We have had to have a humble and empathetic approach and just remember the context,” he said. “We need to remember where they are coming from and where they are going to. Immediately after this training these troops are going to be back on the frontlines fighting for their lives. It adds a sense of urgency and importance to what we are doing, which I don’t think is lost on any of the soldiers here. It is a very different feel from running a course in Wainwright or Gagetown. The soldiers are a lot more focused.” 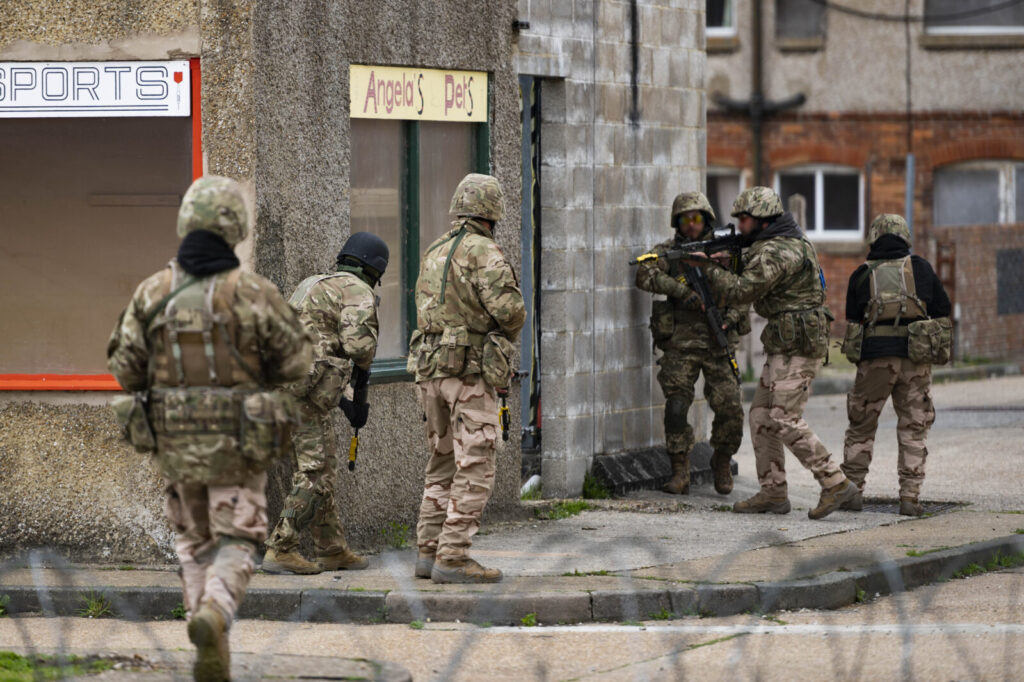 Security Forces of Ukraine soldiers engage a simulated enemy during a training exercise in the United Kingdom during Operation UNIFIER in September 2022. Photo: Cpl Eric Greico

Canada was the first international partner to join Op Interflex and has deployed two large training teams as well as a small headquarters, a force that can be expanded to over 225 personnel if needed. Though the training is basic, Pal was sensitive to Russian information gathering and cautious about being too descriptive of the course material or the number of Ukrainian students in each serial.

“We don’t have these people for a long time,” he noted, so what instructors impart can make them better soldiers, but it can’t replicate years of experience.

“Everything we deliver is informed by the needs of that training audience, how they have been or will be fighting, and not necessarily by our own doctrine,” Pal explained. Though the basic tenets of infantry skills – shoot, move, communicate, medicate – are universal, it has been an “interesting challenge” for an Army used to basing instruction on foundational doctrine.

“One of the advantages we have with this program is we don’t have to follow a rigid lesson or training plan like we would in Canada delivering training at a school,” he noted. “That allows us to be a learning organization that has a fast feedback loop, so we can inform changes to future serials immediately without going through the administrative process of changing a training plan or a qualification standard. That allows us to react to the J2 (intelligence) feed we receive from theatre.”

Some Ukrainian soldiers and the leadership that observe the program come with combat experience and “are able to share low level tactics, techniques and procedures that they have learned in the limited experience they have,” said Pal. “That allows us to inform changes to future serials.”

The majority, however, are raw recruits with little prior training. Furthermore, “they are generally not aware of the role they are going to play when they return to the Ukraine,” he noted.

The modular five-week program begins with basic soldier skills such as how to pack a rucksack, assemble equipment, and importantly given the nature of the war they are in, the Law of Armed Conflict – “how to behave when you are in a war,” Pal emphasized. It then progresses to tactical training, such as rural area patrolling and basic urban operations, before closing out with live fire scenarios. Though the training is focused on the individual soldier, the skills are taught in the context of a section. 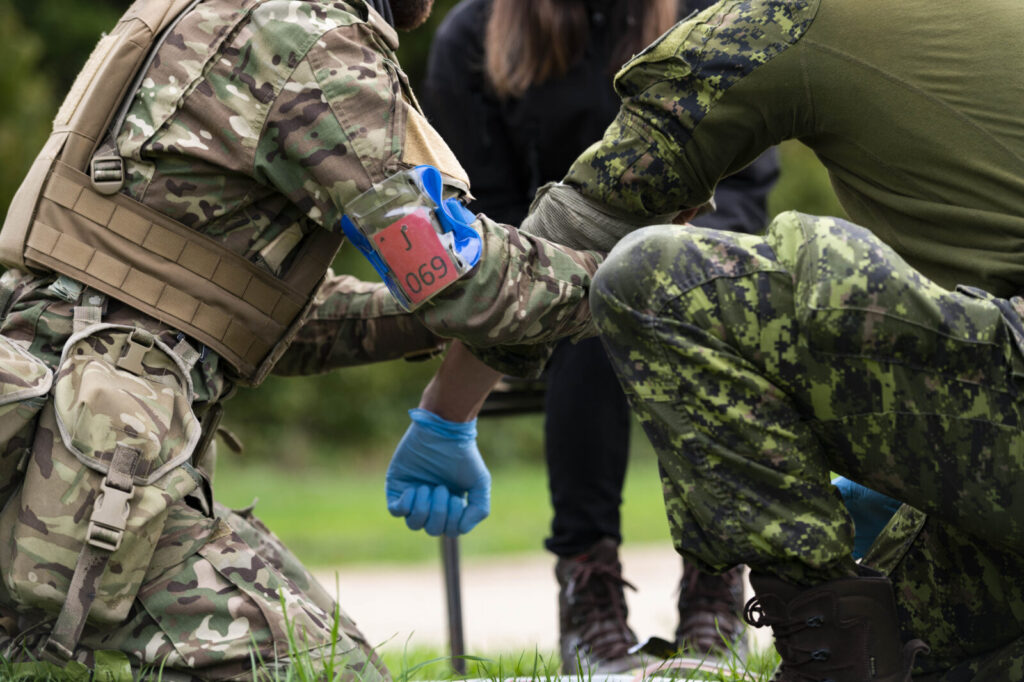 At the time of the interview, Ukrainian fighters had begun to retake territory from Russian forces in a counteroffensive across several eastern regions. While the training corresponds to what is unfolding on the battlefield, the shift from largely defensive operations in the first months of the war to some offensive manoeuvres had not translated to any changes in the tactics instructors are teaching, he said.

“What we try to do as Canadian teams is focus on two things: survivability and instilling an offensive spirit in these guys.”

The 3 PPCLI instructors are part of the 14th rotation of Op Unifier since 2015. Previous commanders have handed off the mission with sound advice for their successor. Because each roto took place inside Ukraine and under less dire circumstances, there were few notes to compare when he assumed command.

“I can’t speak about what it felt like [for the other rotos], but I imagine there is a greater sense of urgency to what we are doing now,” said Pal, who has deployed three times to Latvia under Operation Reassurance and understands the dynamics of the region. “This mission is so different from the previous training that, even though it is still called Op Unifier, we really treated this like a Roto Zero.”

Op Unifier was recently extended until March 2025, but the deployment to the U.K. was initially set for approximately four months. He said the current roto is not working toward any specific timeline, and is prepared “to be here as long as needed.”

A number of countries including New Zealand, the Netherlands, Germany, Norway, Sweden, Finland, Denmark, Latvia, and Lithuania have committed to providing training assistance under Op Interflex. Some, such as New Zealand and Lithuania, already have instructors in theatre and, while all countries are working toward the same training objectives, there are noticeable differences in their approaches, Pal observed. “Each country is bringing something unique, which is really neat to see.”

The Ukrainians have been an eager and responsive training audience, he added. Though they are aware of the dangers they will soon face, “I don’t get a feeling of apprehensiveness from them. They are very proud and eager to learn.

“I am proud and humbled to be a part of this mission and I am proud of the quality of instruction that Canadian soldiers are able to deliver,” he said. “Everyone is punching above their weight.”