In the battle against IEDs, new detect capabilities 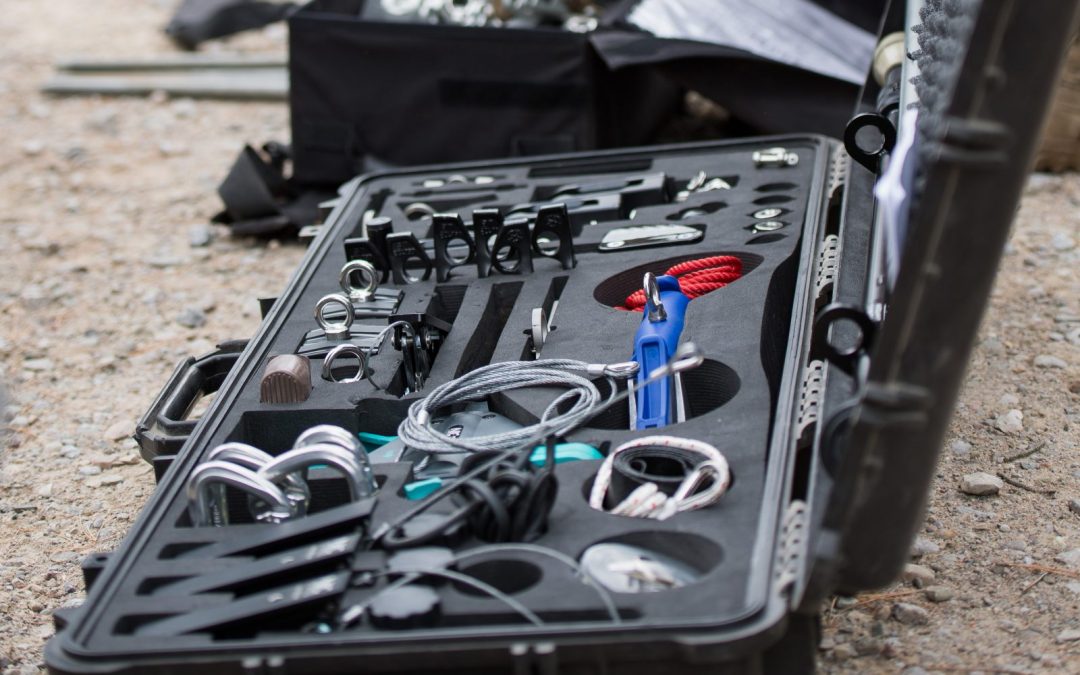 The bane of modern armies waging asymmetric warfare against non-state enemies, improvised explosive devices (IED) have been around for more than a century. Their first documented use was by the Germans to cover their retreat during the Battle of the Somme in July 1918.

Since then, they have become increasingly common. In the 2003-2011 Iraq war, they were disastrously effective against U.S.-led coalition forces and were equally disastrous during the Afghanistan conflict.

The injuries and fatalities caused by IEDs in Afghanistan prompted the creation of the Army’s High Risk Search Capability (HRSC) project, an effort to enable future battle groups to deal safely with IEDs and other threats “accurately and consistently,” as the 2014 statement of requirements put it.

Most of the project’s deliverables are off-the-shelf technologies ranging from such fundamentals as lighter breaching rams and bolt-cutters, to classified sophisticated electronics. Four functional areas were identified at the outset: stand-off detection tools, search viewing aids, general purpose search tools and an analysis capability.

Military integration of this sophisticated gear has been supported by Defence Research and Development Canada (DRDC) facilities in Suffield, Alta., Valcartier, Que., and the Shirley’s Bay Research Centre in Ottawa.

“The HRSC requirement really started to come to life as we went offensive in Afghanistan,” explained Master Warrant Officer John Valois, a combat engineer and IED specialist who did tours in Iraq and Afghanistan with 2 Combat Engineer Regiment. “We had so many tools and while they sometimes weren’t the right ones, we used them to solve immediate problems. But when it comes to doing clearances, you’re not going to want a mine detector that works 60 percent of the time.” 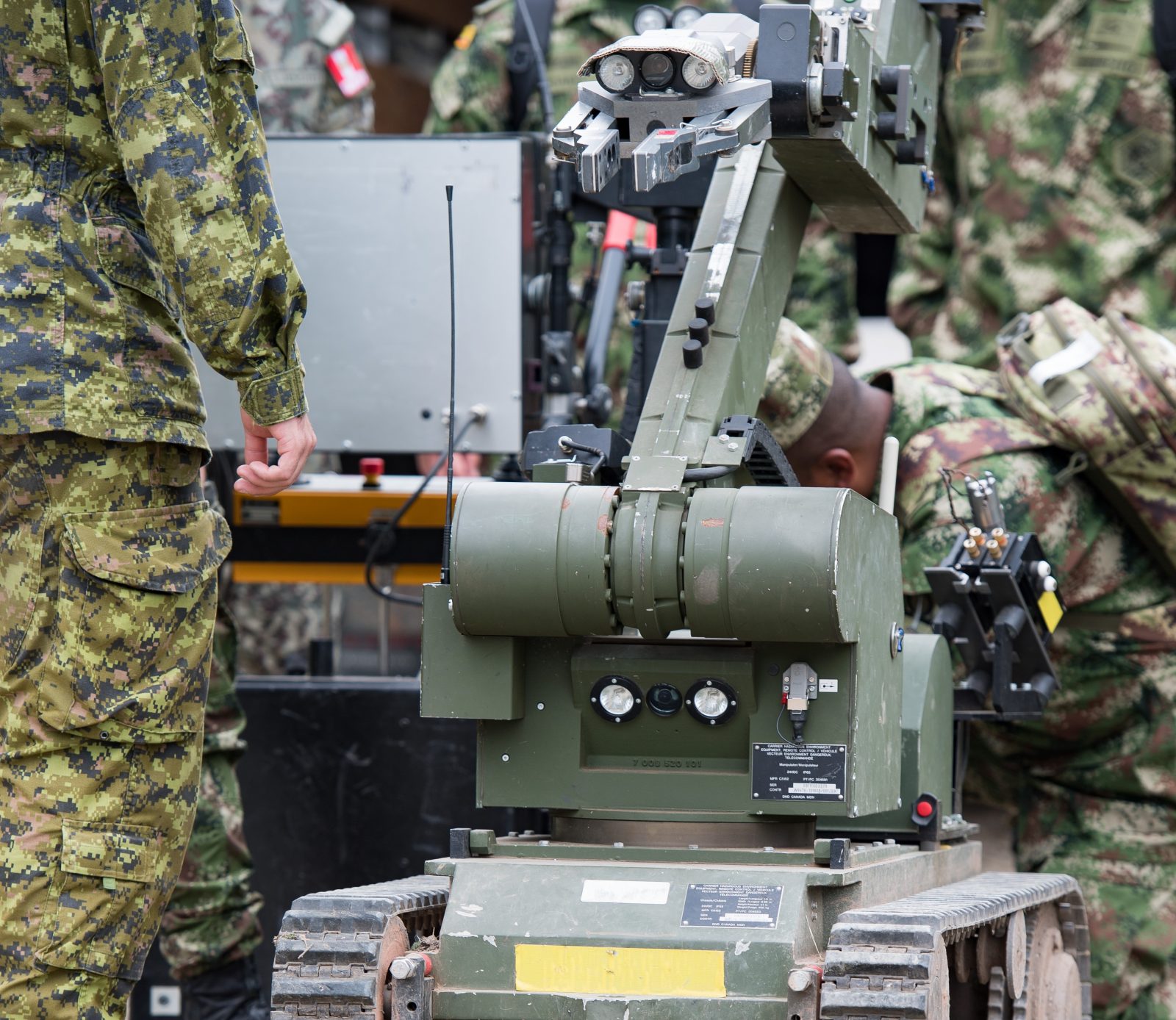 That’s where physicist Dr. Anthony Faust comes in. Head of the Threat Mitigation Group (TMG) at DRDC Suffield and scientific lead of the DRDC counter-explosive threat program, he said DRDC is “trying to build the capacity to observe, react, develop and deploy new mitigation capabilities within the enemy’s threat evolution cycle. In the future, CAF is not going to enter a theatre of operations, defeat one threat and say we’re safe. We want our counter-threat system to respond continuously and rapidly, to keep defeating devices as they evolve.”

The TMG was formed in 1977 to investigate unexploded Second World War ordnance. “Those scientists had been studying UXO detection for about 15 years and then Somalia came along, and they took up the challenge of anti-tank landmine detection,” Faust said. “That transitioned into anti-personnel mine detection in Bosnia and then, with Afghanistan, it transitioned into IEDs.”

Threat detection fundamentally involves considering the physical properties of the suspect object – materials, size, shape, density, thermal mass, and electromagnetics, if applicable – and the environment the object is hidden in.

“Are the properties of the explosive threat different from the environment that surrounds it?” said Faust. The challenge is developing technologies that exploit that difference.

“From an explosive detection viewpoint, there’s a variety of threat components that you can try to target: the shell or casing, the explosive itself, triggering mechanisms, connecting wires and power sources. Then you ask, ‘can we fuse sensor outputs to come up with a better detection process?’”

The TMG, mainly physicists and electrical engineers, has turned to non-linear radar to find the electronic components of IEDs. Other DRDC groups are looking at detecting explosive vapours, radio-emissions, and hyperspectral imaging, which effectively renders visible the otherwise invisible. The overall goal is to pull them all together in deployable systems.

It boils down to operator safety, said Valois. “As an operator, I could go through an area and tell you it’s clear of any explosive threat. But if my tool breaks down 30 percent of the time, the follow-on force gets hit. Nobody wants that on their conscience.”

As the HRSC project evolved, Valois said it benefitted from allies having already invested in development and they, in turn, learned from Canada’s experience. “It’s a very small community, a kind of niche.”

Canada co-founded the NATO Team of Experts on Technologies for Military search, which Faust currently chairs. This allied coordination has yielded “more bang for the buck” for the Army. “With these new technologies, there are no testing protocols to say a new device will do the job. Scientifically, that’s been one of the biggest things we’ve been doing with our allies: developing testing metrics and procedures that are designed to understand how equipment will perform in operations.”

On the execution of the project, Faust noted that “HRSC is an excellent example of project leadership engaging DRDC early and often, allowing DRDC the opportunity to fulfil one of its most valuable roles in projects such as this – science and technology risk mitigation.”

Delayed by the pandemic, the new tools are now being delivered and trained at engineer regiments across the Army.