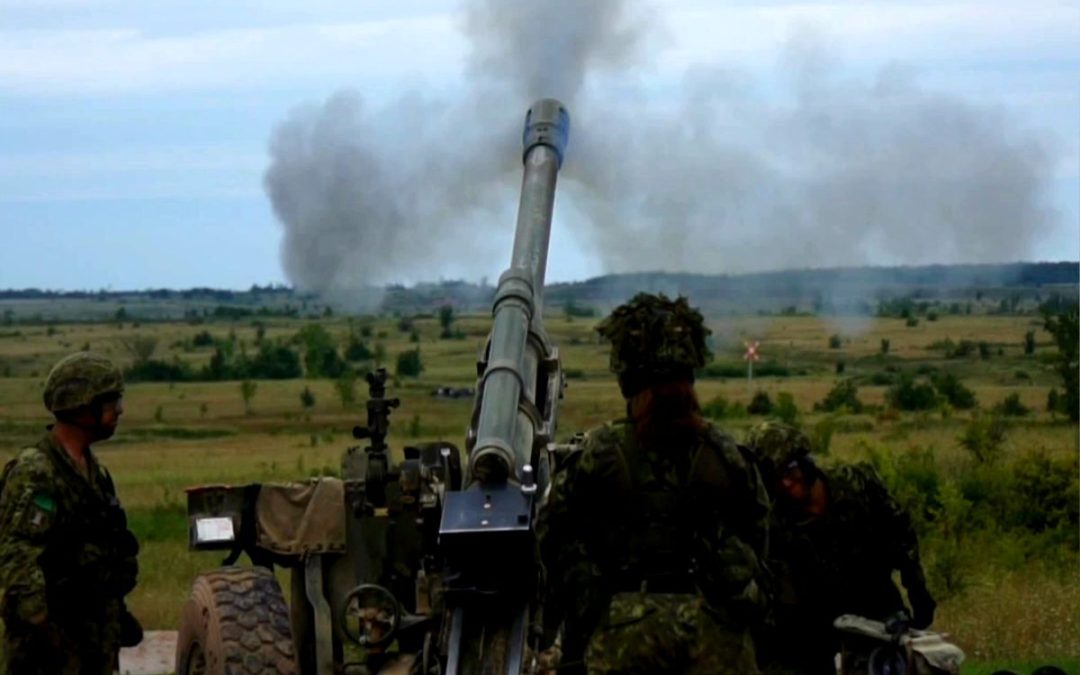 Hundreds of Canadian Army Reserve soldiers from across Ontario and beyond participated in simultaneous infantry and artillery exercises at 4th Canadian Division Training Centre (4 CDTC) in Meaford from August 20-27.

The expansive training area offered realistic and demanding terrain and tested the troops on a simulated battlefield, where soldiers and leaders had the opportunity to hone their skills. Exercise Steel Rain (Ex SR) saw gun crews firing live ammunition from multiple C3 105-mm Howitzers, and Exercise Arrowhead Guardian (Ex AG) was a concentration of soldiers practicing infantry maneuvers and tactics. In addition, a live-fire mortar course shared the training area making it a busy week around the base.

“These exercises provided an opportunity for these soldiers to continue to build on the skills they learned on their summer training courses,” said Captain Will Assis, an infantry officer who served as officer commanding Bravo Company with dozens of troops under his command. “We were able to evaluate the expertise our soldiers and officers developed over months of unit-level and Reserve summer training (RST) during our week in the field, which included simulated battles with opposing forces.”

The RST period is timed so that soldiers who are also students – and make up a large proportion of the numbers in today’s Army Reserve – can take advantage of the full-time summer employment (FTSE) program that guarantees them a summer job for four years. During FTSE soldiers complete various courses for their chosen trades. 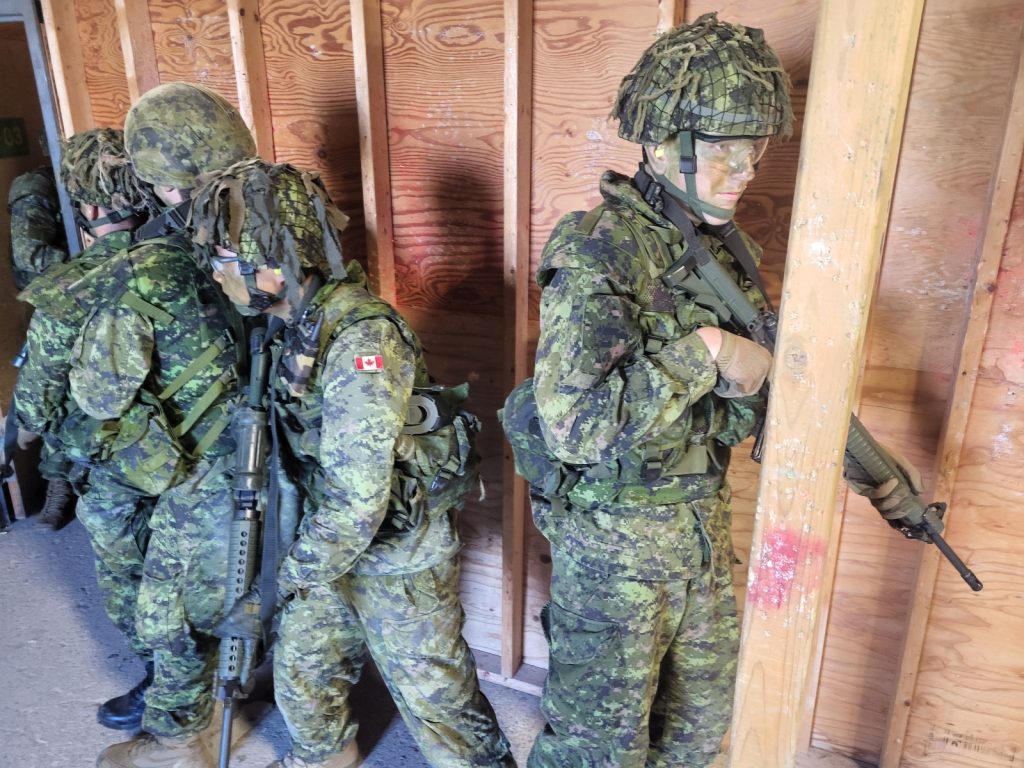 “Our main effort was to provide a valuable experience to soldiers who just completed their courses in recent days, ranging from general artillery gunner qualifications to very advanced leadership training,” said Major Scott Puillandre of 56 Fd, who served as the operations officer for the artillery live-fire. “We were able to see that hard work pay off in a simulated combat environment.”

Mortar teams also got in on the action, concluding their RST Basic Mortar Course. They conducted multiple live-fire missions, with soldiers from Waterloo Region’s Royal Highland Fusiliers of Canada firing into the late evening, supporting troops engaged with simulated enemy forces on the ground. 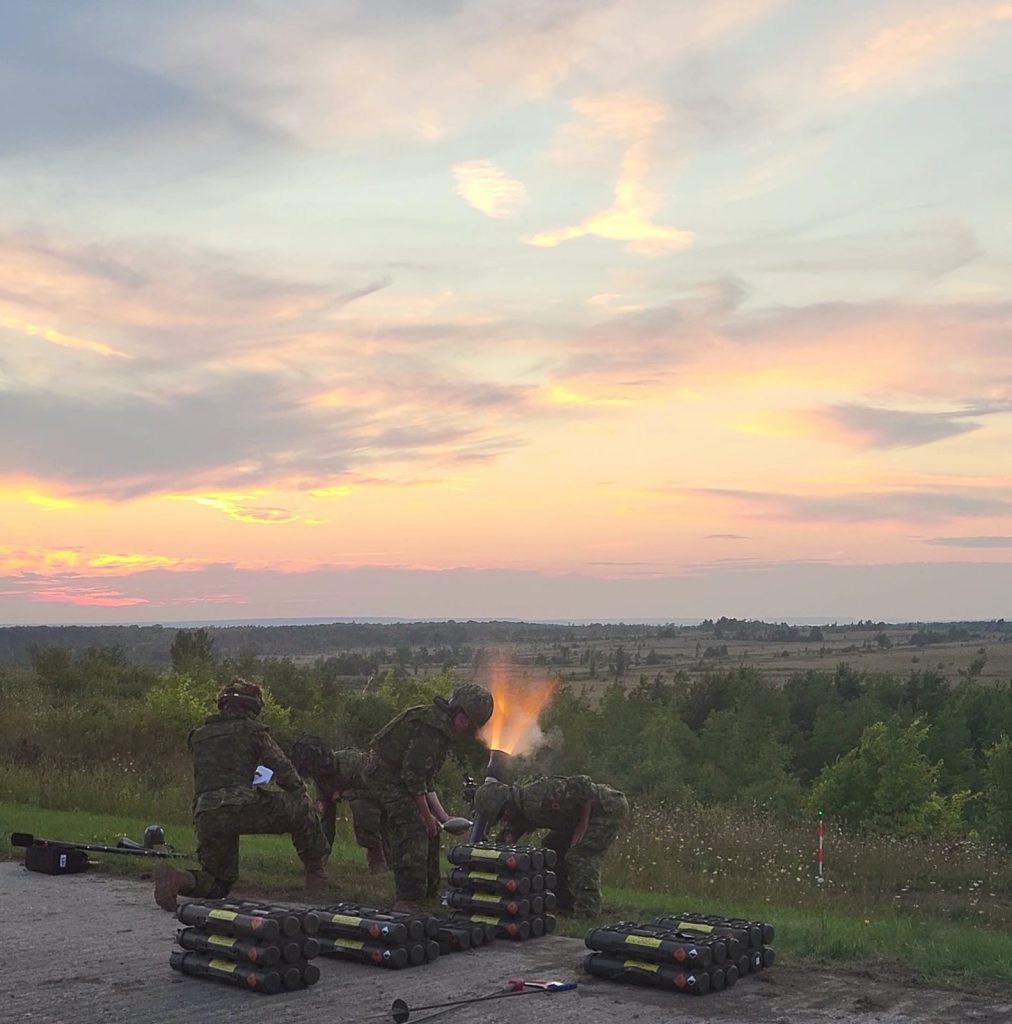 The facilities at 4 CDTC provided a realistic experience. Bravo Company, led by Assis, was a grouping of recent basic training graduates who spent one of their full days conducting urban operations training. These troops were led by experienced instructors, and had the opportunity to use simulated ammunition (known as “Simunition”) during intense shooting and maneuver drills. “That was a big hit with the troops,” said Assis. The infantry spent other days practicing patrolling, various tactical manoeuvres, and live-fire attacks on 4 CDTC’s numerous shooting ranges. Ex AG ended with a gruelling covert march followed by an attack on several key targets, including a mock-up enemy base and a bridge.

This method of confirming RST skills on this simulated battlefield paid off, according to Puillandre. “When we can converge on one place like 4 CDTC Meaford each summer, we can complete various courses with really exciting training for a large number of developing soldiers and leaders, who benefit from it the most.”

On that note, he added, “the planning for next summer’s exercise has already begun.”