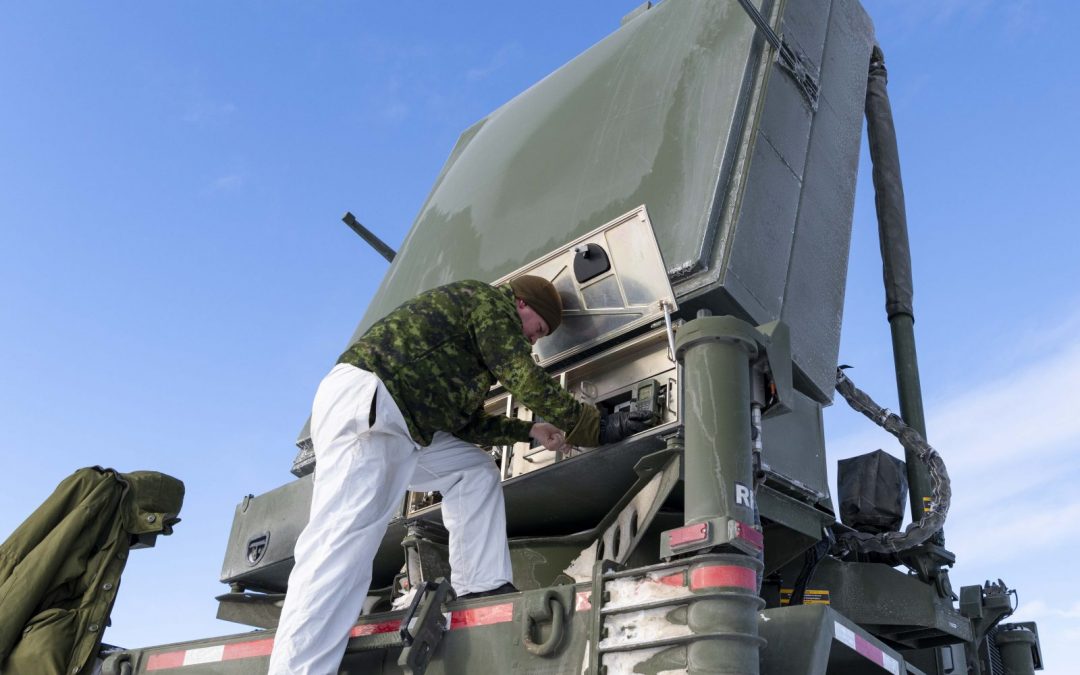 The Army’s Medium Range Radar (MRR) was a highly anticipated capability when it was acquired in 2018. Two years later, on its first deployment outside of Canada to support a multinational exercise, the MRR has drawn widespread acclaim and piqued curiosity about its longer-term potential.

In early March 2020, in the sub-Arctic chill of Alaska, the MRR and a radar troop from 4th Artillery Regiment (General Support), working alongside a U.S. Marine Corps Air-Ground Task Force, became a vital contributor to a command air picture when others around them were struggling.

Arctic Edge is a biannual exercise led by Alaska Command, a subordinate command to U.S. Northern Command headquartered at Joint Base Elmendorf-Richardson. The exercise is intended to improve Arctic readiness of both Alaska-based troops and supporting units from across the U.S. For participating Canadian Armed Forces (CAF) units, it’s an opportunity to practice the integration of what are often specific and, at times, unique capabilities into complex coalition operations.

In addition, a CC-130J Hercules from 436 Transport Squadron provided troop transport and air drops, including a U.S. Army paratroop jump near Fort Greely. Two CC-138 Twin Otters from 440 Squadron conducted medevac flights and transport of supplies and personnel into austere locations, including sea ice landings on an ice floe about 240 kilometres from the Alaskan coast during ICEX.

“The units that were participating all had niche capabilities that the Americans didn’t,” said Lieutenant-Colonel Scott Marshall, commanding officer of the Canadian Detachment at Joint Base Elmendorf-Richardson and the commander of the Canadian national elements during the exercise. “These exercises not only helped to highlight what the [Royal Canadian Air Force (RCAF)] and the Canadian Army can do, but … they [allowed us] to operate with non-traditional American NORAD units. A lot of [the Americans] were from outside of Alaska, so it was an eye-opener for them.”

The Army’s medium range radar certainly fit the bill as a niche capability. The MRR brings together what were previously separate air defence and surveillance target acquisition functions in one platform. It was initially intended to detect and locate sources of indirect fire such as rocket propelled grenades, mortars and other munitions that were fired at bases in Afghanistan. But in air defence mode, it can identify friend or foe targets such as aircraft at great distance.

Working alongside the Marines from the back of a LAV II Bison, the radar troop tracked live rocket rounds, accurately identifying the launch and impact points to within a diameter of 60 and 20 metres, respectively. The MRR also supported Special Forces operating at considerable distance, providing accurate location information of their two Chinook helicopters to the Marine Corps commander on the ground.

“One of the biggest things we offered was greater command situational awareness for assets operating in the area of operations, whether that was fixed-wing or rotary-wing assets,” said Lieutenant Travis Fryxell, an artillery officer with the 4th Artillery Regiment (GS). 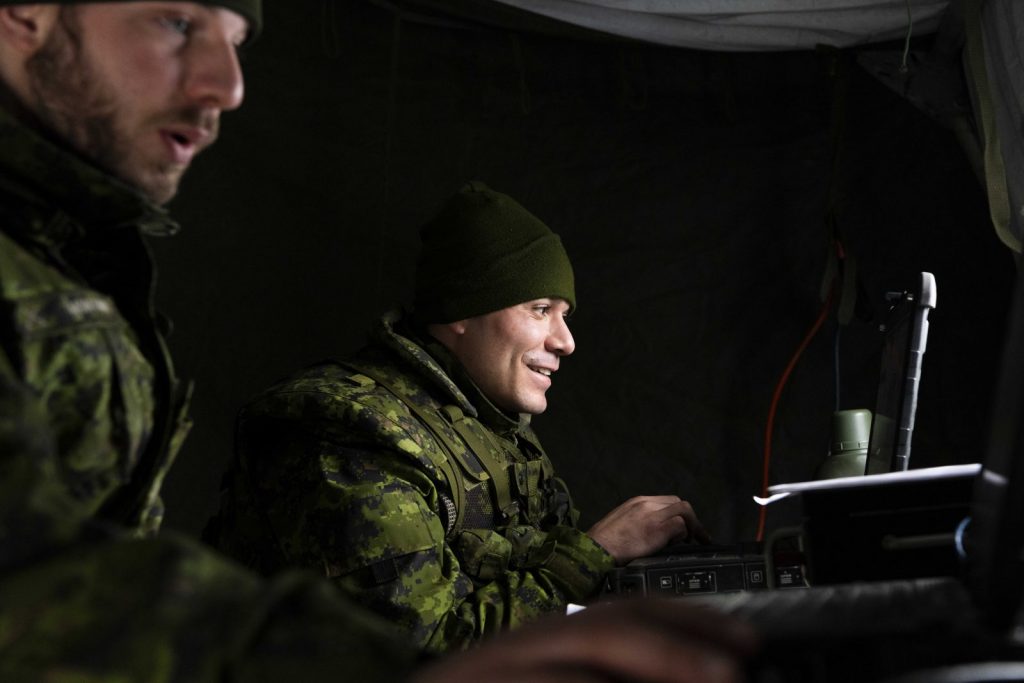 Members of the 4th Artillery Regiment (General Support) control the MRR from the back of a LAV II Bison. Photo: Cpl Jordan Fountain

That the MRR was able to share its air picture was due in no small measure to a little-known RCAF spoke kit, so-called because of its hub and spoke architecture. The magic box, as others quickly dubbed it, “allows you to get that communications infrastructure, no matter where you are in the world, as long as you have some basic rules,” explained Sergeant Tim Blindback, a Joint Interface Control Officer with 21 Aerospace Control and Warning Squadron at 22 Wing North Bay, Ont., the Canadian Air Defence Sector for NORAD.

“The box allows you to plug in a cell phone and as long as you have internet connectivity in any way, shape or form, you can get a good, secure connection back to home base and out into the world.”

Blindback is one of the Air Force’s foremost authorities on Link networks and had volunteered for the exercise when he heard planners needed tactical datalink specialists. He immediately recognized that communicating was going to be a challenge. Though the Alaska NORAD Region (ANR) had communications infrastructure and command and control systems to support the exercise, there was no Link 16 network to connect the MRR in the field to the exercise command centre. However, though the radar troop and Marines would be dispersed and “in the boonies” during the exercise, they could receive a cellphone signal.

The radar troop, based at 5th Canadian Division Support Base Gagetown, N.B., made a pitstop at Best Buy before heading north and bought a 4G modem puck and a sim card. When they plugged it into the spoke kit in the back of their Bison, “boom, we had connectivity,” said Blindback. “We were able to create a computer network and configured the system to pass Link 16 data over the computer network rather than over radio frequency.”

The significance of that became apparent as radios and other equipment used by various Marine, U.S. Army and National Guard units froze or otherwise experienced firmware failures in the frigid conditions. The spoke kit not only connected the MRR to the exercise command, it also provided the air picture to the Canadian and Alaskan regional NORAD command centres and the national chains of command, including Canadian Joint Operations Command in Ottawa.

“That was huge because we did not have that capability before,” said Marshall. “[The Link and MRR teams] were the star of the show. They got to do a lot more than we expected, even with the grand scale of this exercise.”

Getting two systems to share data might not seem that remarkable. But “having it actually communicate with NORAD, because of the encryption and all the different computer systems and software languages, was a marvel,” said Fryxell.

No one had ever envisioned deploying the spoke kit – two heavy servers in a large Pelican case – in the back of an armoured vehicle, admitted Blindback. Though it was “overkill” for the purposes of Arctic Edge, it was a creative solution and an example of how to “make the best use of what you have at the time.

“It was designed to support forward deployments in other countries, like standing up a headquarters,” he explained. “It was meant to serve every possible network need that you might require. We only wanted connectivity to one network. But we saw the opportunity and we happened to have one for use. It took a lot of work to get it into place, but it worked out really well.”

For Blindback’s 22 Wing team, which was co-located with the exercise headquarters and served as the bridge to the MRR troop in the field, being able to provide the HQ staff with a complete air picture, including blue force tracking, and facilitate text messaging and basic chat over a secure connection, was gratifying.

“The Americans were ecstatic. They were able to look at the Ex staff and say, ‘We have active TDLs (tactical datalinks) in the field.’ That was something they weren’t able to accomplish domestically because of those problems with the equipment failures,” he said. “It gave the Ex the only TDL component that it would have had otherwise, and it proved Canada can show up and get stuff done.” 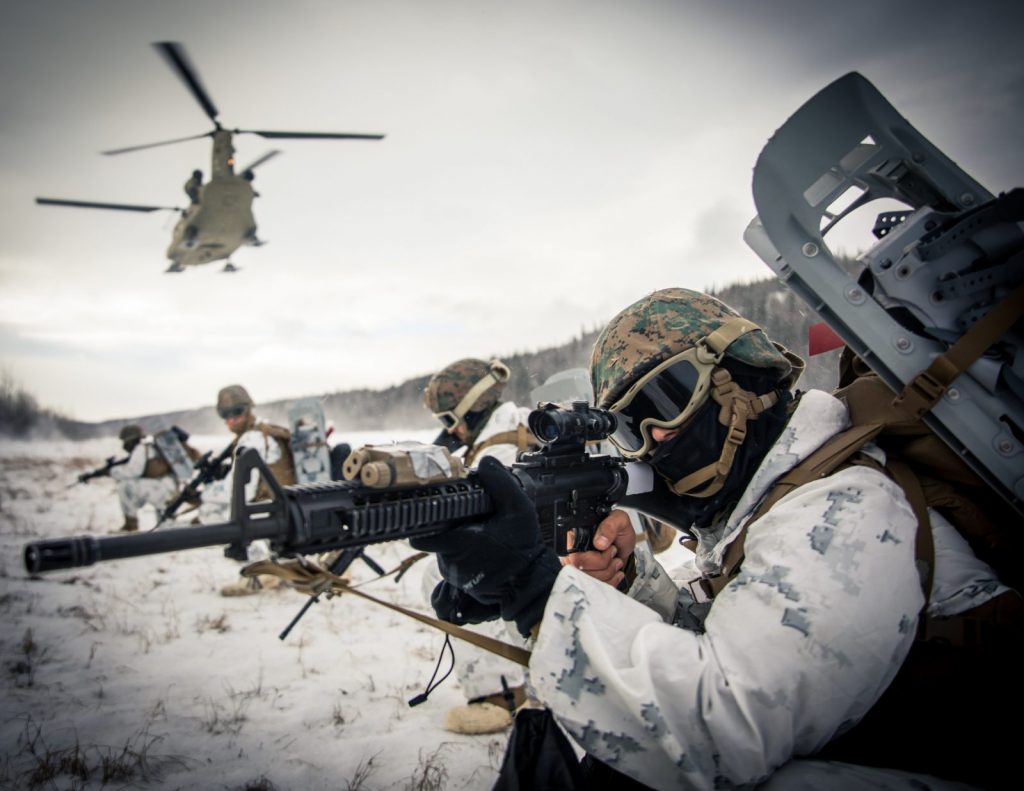 The 4th Artillery Regiment (GS) itself is still learning what the MRR can do, and Arctic Edge helped validate a number of things, including Arctic operations, tactical datalink connectivity in extreme environments, and the troop’s winter warfare skills, said Fryxell.

“There were a lot of lessons learned that we can take away from this. The single thing was validation that this system can operate in sub-Arctic conditions. That means we could potentially support the radars that cover our defence through NORAD, if one of the Air Force radars goes down.”

The radar troop was even able to set up and connect two MRRs, a primary and secondary radar, at a staging area near Fort Greely, and validate and consolidate data that was then passed up to NORAD. “That was a first for us,” Fryxell admitted.

Equally important for the artillery regiment was working with the Marine Corps, “brothers … [with whom] we need to communicate and share information,” he said. “[But] I don’t think [they] believed we would be as important in their planning process as we were. When we first showed up, they didn’t really have an idea of how they would fit us in. They didn’t know the capability, which a lot of people don’t. But this was a great opportunity for our guys to work with them and share that information.”

The Medium Range Radar would likely have been among several new capabilities validated at Exercise Maple Resolve in Wainwright, Alta., in May 2020. The MRR has applications for current missions. Arctic Edge at least demonstrated how the radar and a troop or battery could be employed if required.

“Arctic Edge just gets us talking about it some more,” said Fryxell. “It’s a new technology for the Army … so we are learning it and we’re learning how to employ it. Overall, Arctic Edge was a complete success for validating this radar’s potential for operations.”