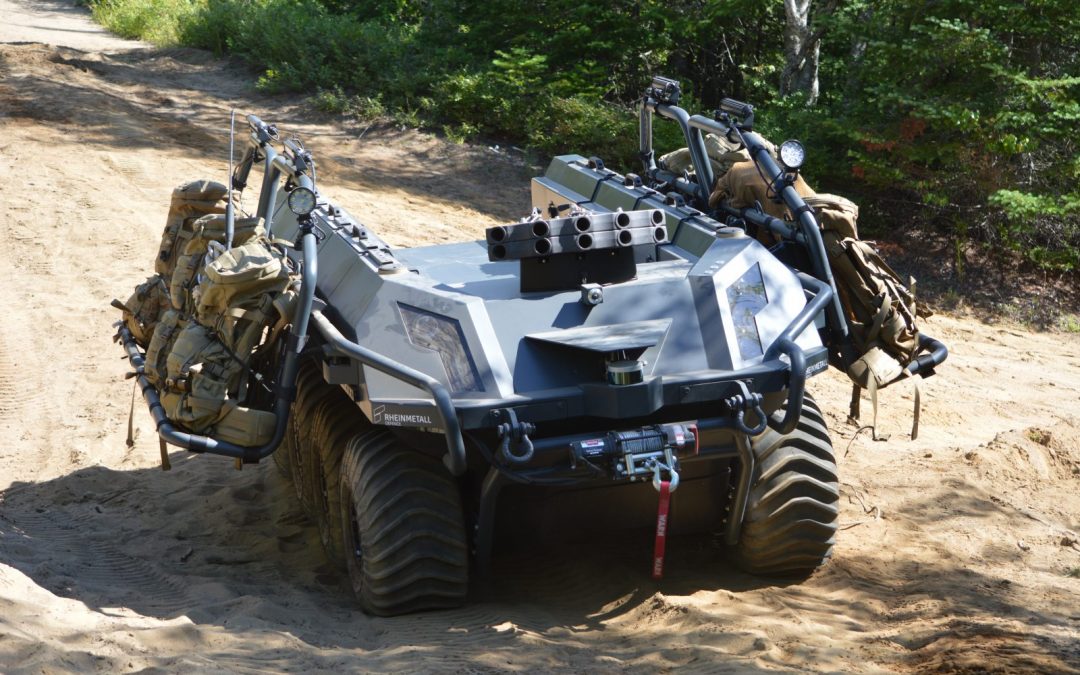 Sometime in the next 24 months, light infantry soldiers could be asked to help test the utility of unmanned ground vehicles (UGV).

The Directorate of Land Requirements (DLR) intends to buy and try up to five autonomous vehicles under a minor capital project, and will provide one to each of the Army’s three light infantry battalions and two to the light engineer regiments.

“We want to give troops that typically carry the biggest loads on foot a chance to play around with these vehicles, see how they’d used them and tell us how well they might work and be integrated within real missions,” said Major Tony Ross, who leads the Light Infantry Enhancement project. Experimenting with UGVs is a side effort to better understand how to best fit a rapidly emerging technology into operations.

In addition to turning loose the light infantry to push the vehicles to their limits under a variety of operational conditions, Ross plans to conduct more specific and formal trials of the five vehicles with Defence Research and Development Canada (DRDC) and the Canadian Army Trials and Evaluation Unit at CFB Gagetown. Part of any buy and try would also include two years of integrated logistics support to gauge the level of maintenance required by units to keep the vehicles rolling.

The user feedback and performance data from both the formal and informal trials will provide a basis for future requirements documents if the Army decides to proceed with a major capital project and “invest more heavily in autonomous systems,” he said. “For now, it is very much putting our feelers out and getting acquainted with this technology and building our knowledge base before we move onto something bigger.”

In 2016 the Army took a similar approach to evaluating four-wheeled, lightweight off-road transport for the light forces, acquiring 36 Polaris Industries MRZR-D vehicles and 12 trailers through a buy and try. Feedback from different user communities contributed to the eventual statement of requirements; a request for proposals is expected in 2023.

Ross is also hoping to capitalize on other National Defence efforts to engage with companies developing autonomous platforms. Last year, the Innovation for Defence Excellence and Security (IDEaS) program issued a competitive project, “Getting Vital Supplies to Troops Using Autonomous Vehicles,” on behalf of the Army. One participant met the contract award criteria, and if funding is granted, DLR might be able to acquire several test vehicles for its trials. “That would give us a chance to compare two different platforms at the same time,” he said.

The recent push to evaluate UGV capabilities is being driven by a number of factors, not the least of which is the Infantry Corps itself, Ross explained. In a document published last June, Soldier Burden Capability Gap, the Corps identified unmanned capabilities as a potential need and recommended DLR begin research “into UGVs to support overburdened light forces soldiers.”

According to load effects assessment studies led by Linda Bossi of DRDC Toronto, the optimal weight a soldier should carry is approximately 30 percent of their bodyweight when fighting and 45 percent when marching. Light forces soldiers often end up carrying about 60kg all the time. Though armies have tried to reduce the size and weight of kit, they have nonetheless heaped more and more sensing technology on soldiers in recent years. “We keep adding to the soldier burden but we are not giving them anything to take it away,” Ross observed.

The advantage offered by unmanned capabilities was flagged in the Army’s recently released modernization strategy, Advancing with Purpose, which noted that “autonomous systems can already perform many dull, dirty, and dangerous tasks but also have incredible potential to expand their utility, including their ability to operate collaboratively with humans creating a system in which the sum of the parts is greater than the whole. The requirement for a human in or on ‘the loop’ will remain for any application of lethal force, but their utility to assist with sensing and sustaining are already apparent.”

Allies have made similar assessments. The United States Army is well down the road to introducing robotic combat vehicles (RCV) and will conduct a company-level soldier assessment of light- and medium-weight prototypes in 2022. In late 2018, the British Army held its first Army Warfighting Experiment, named Autonomous Warrior, that featured 71 robotic and autonomous systems. Ross has also been monitoring the U.K.’s Future Capability Group Robotic Platoon Vehicle effort, which will trial vehicles from several companies through a similar buy-and-try process “to see which vehicle might meet their needs,” he said. “They are very much in the just-starting-out-stage as well, but a bit ahead of us.” 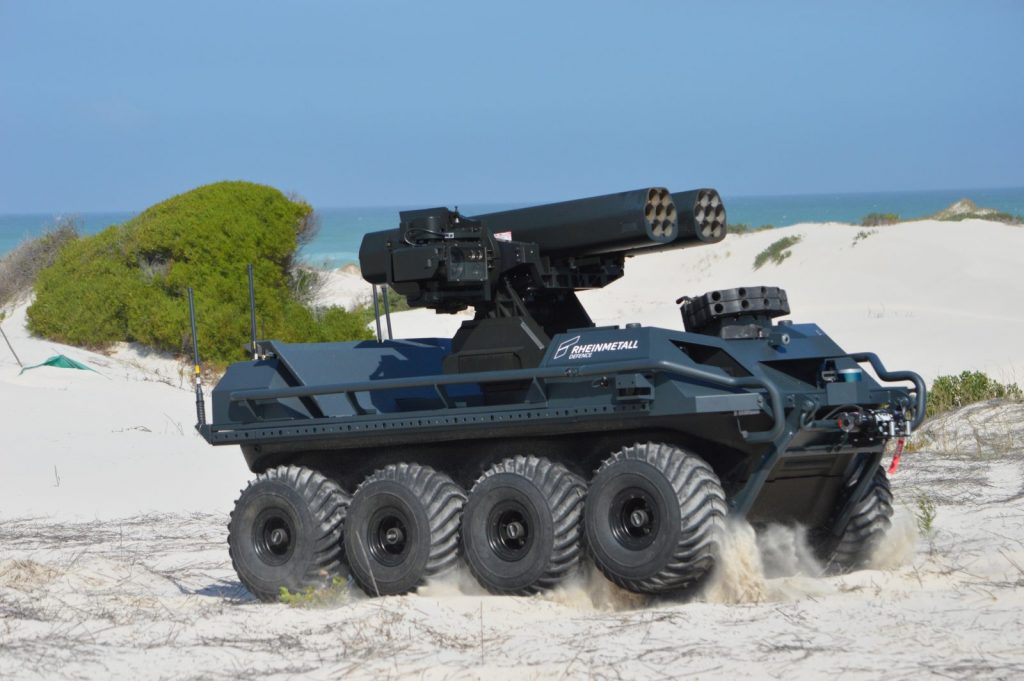 UGVs are not new to the Army. Explosive ordnance disposal teams have been operating a family of three robotic systems for years: the Telerob Explosive Ordnance Disposal and Observation Robot (also known as Teodor); the Vanguard Mark III; and the Cobra – the latter two are due to be upgraded or replaced through a project called Advanced Improvised Explosive Device Detection and Defeat (AIEDDD).

Ross wants to understand their potential beyond a mule or logistics capacity, hauling soldier gear and equipment to an objective autonomously or via remote control. DRDC has drawn up vignettes of possible applications that include tracking back and forth between a unit in contact and a company quartermaster to deliver ammunition and other supplies; transporting casualties to a helicopter evacuation point while also supporting a medic performing treatment – perhaps even monitoring vital signs; serving as a launch and recovery platform for small and micro unmanned aerial systems; and as a charging station for soldiers with multiple devices.

One scenario involves the UGV mounted with an automatic grenade launcher system being deployed, rather than dismounted soldiers, to take out a sniper in a building after an aerial drone first locates the target.

“We don’t know all the applications it could have yet, but it is definitely not just logistics. There are a lot of different things it could do,” said Ross, an infantry officer with the Princess Patricia’s Canadian Light Infantry who is immersing himself in unmanned vehicle technology.

One of DLR’s requirements will be to connect the UGV to the Army’s recently fielded integrated soldier system suite (ISS-S), which includes a cellphone-like device connected to a hub and radio. “We want an app that would allow soldiers to control whatever UGV we acquire from their ISS-S console,” said Ross. Rheinmetall Canada, the prime contractor on the ISS-S, is among the companies interested in the trial and has already demonstrated the ability to operate its eight-wheeled Mission Master from the soldier tablet.

A decade ago, UGVs were mostly the creation of small entrepreneurs and inventors, building rudimentary vehicles in their garage. Today, most major defence companies have a platform and all are looking for opportunities to demonstrate them to militaries. In addition to Rheinmetall Canada, Ross has spoken with companies like Thales Canada and Canadensys Aerospace, a southern Ontario-based company best known for flight hardware and software design on the Mars and Moon rovers – it has two autonomous rugged platforms, the optionally-manned HAWC (Hybrid Amphibious Wheeled Carrier) and the Raptor (Robust All-terrain Platform, Tele-operated / Robotic). Ross expects to have a long list of interested participants by the time a buy-and-try request for proposals is ready.

Though DLR is pursuing funding approval for a lengthy list of projects, Ross expects UGV trials to become a priority area of investment sooner rather than later. “This is going to be big in the future. Canada needs to start investigating this technology now so that we can keep pace.” 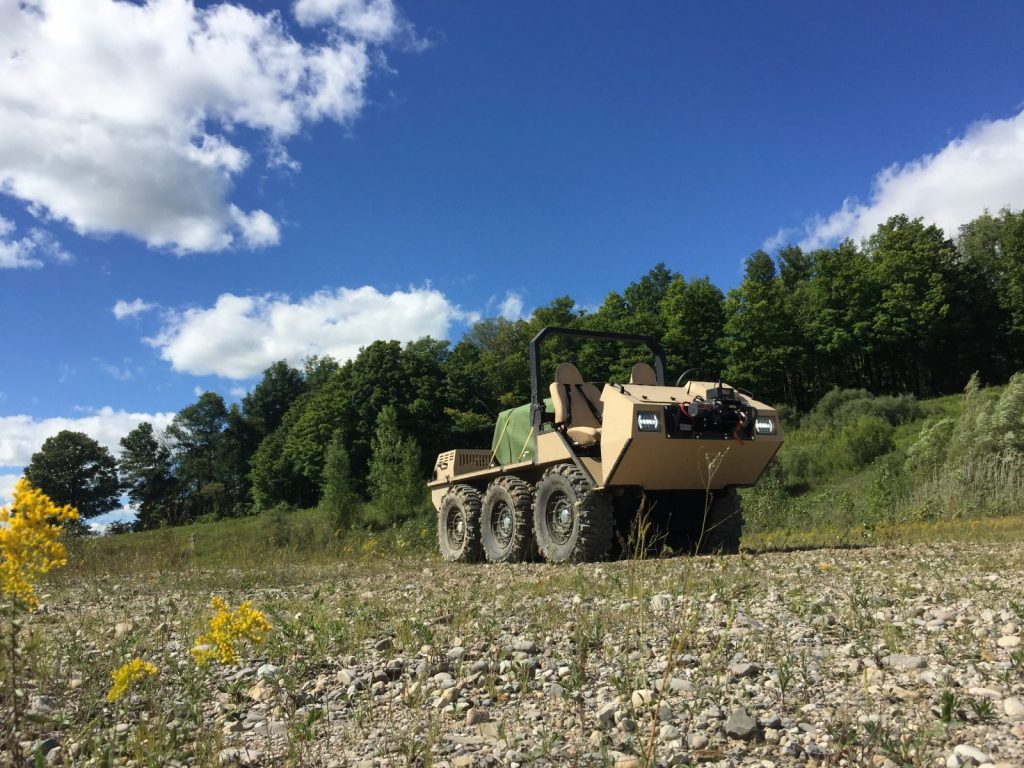 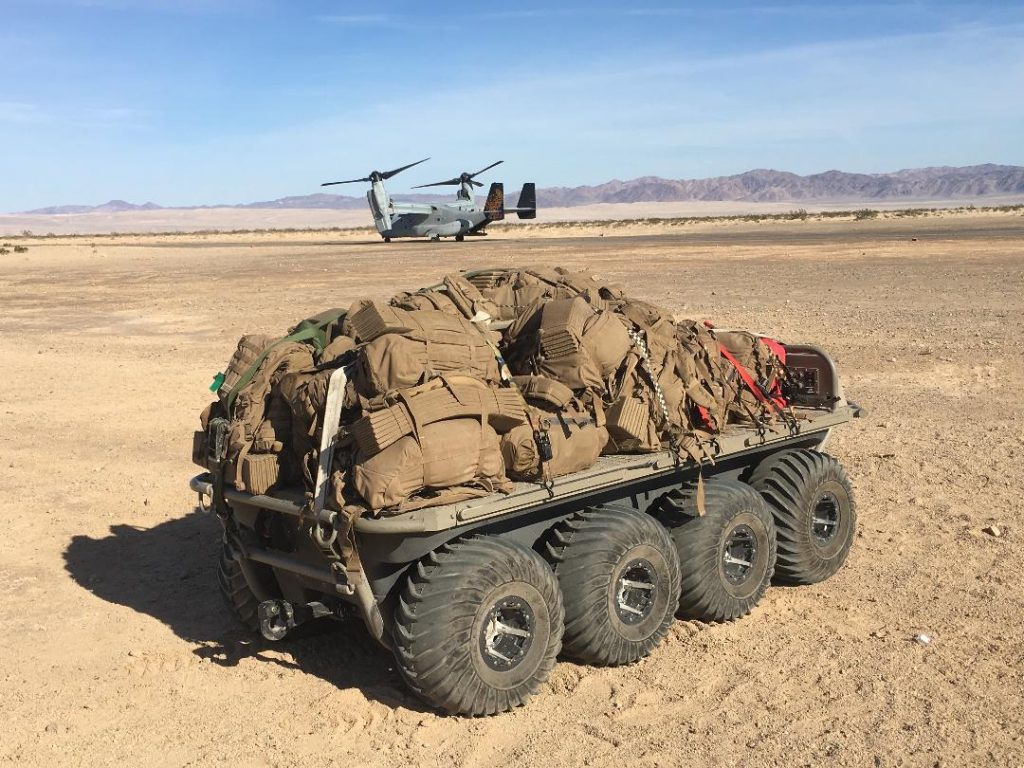