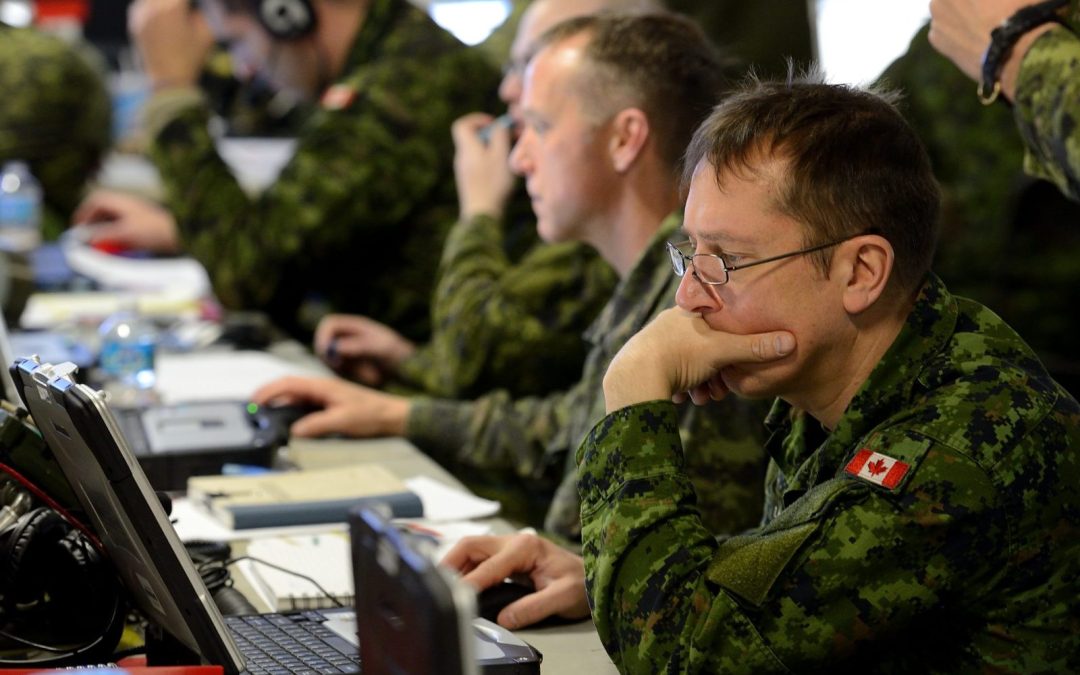 For an organization that normally looks 10 to 15 years into the future, conceptualizing the Army’s near-term tactical network architecture is a bit of a departure for the Canadian Army Land Warfare Centre (CALWC).

Digital transformation, however, is at the heart of the Army’s modernization efforts. A future tactical network framework could inform not only the digital strategy currently in development, but also the requirements for pending Land C4ISR projects and for how the Army plugs into the digital backbone of future higher level Canadian Armed Forces (CAF) and Department of National Defence (DND) networks and those of coalition partners.

“We are up against the wall,” admitted Lieutenant-Colonel Mike Janelle, who leads a section developing the Network Architecture Concept. “We no longer have the luxury of deciding whether we want to transform or modernize. It is a must-do. And there is a chance this concept can influence what [those projects and the digital strategy] are trying to do.”

The concept, which is being circulated among a range of stakeholders and was presented to the Army Capability Development Board in May, describes a network hierarchy that begins with the individual soldier and advances to the platoon, company, battle group, brigade, and division levels and how those “tactical formations will connect with operational and strategic levels of warfare,” explained Major Deirdre Nalepa, the designer of the concept.

“It lays out some of the issues around compatibility of disparate systems,” she said, in recognition of the often ad hoc and piecemeal way in which the current Land Command Support System has been constructed as technology has evolved.

It does not call for specific Army data protocols and network standards – those will be defined by the CAF in collaboration with industry partners – but it does highlight their necessity and describes a framework for interoperability with CAF networks and those of partners such as fellow ABCANZ (America, Britain, Canada, Australia and New Zealand) armies.

That includes Information Technology Infrastructure in Support of Command and Control, a secret Level 2 cloud infrastructure project led by the Assistant Deputy Minister, Information Management branch, which concluded a request for information from industry in March.

“They are responsible for getting cloud infrastructure to a task force headquarters in a deployed theatre of operations and then enabling how the rest of the services connect to that Level 2 infrastructure,” explained Janelle, who heads CALWC’s concept development of Command, Sense and Act operational functions. “By synchronizing our efforts with theirs, we can leverage the research they are doing, the data they are getting from testing.

“Standardization is not our focus so much as providing a realistic picture: Here is what the network of tomorrow from an Army perspective should look like so we can do everything we have been asked to do over the next 15 to 20 years,” he said.

To fit within a broader multi-security, multi-caveat network system, “you have to figure out your own piece of the puzzle and start aligning your efforts with the other stakeholders across the joint force so we are moving forward together,” said Nalepa.

Consequently, the network architecture concept has a lot of interested organizations. The concept was developed in consultation with Chief of Staff, Strategy, which is leading the Army’s larger digital strategy, as well as Director Land Requirements, responsible for current Land C4ISR projects, Director Land Command and Information, and Director Land Command Systems Program Management (DLCSPM), which maintains the current LCSS. It was also influenced by Defence Research and Development Canada and others in the science and technology community.

“We are aligning all our efforts across [these organizations] to make sure we are all on the same page and tracking,” she said. 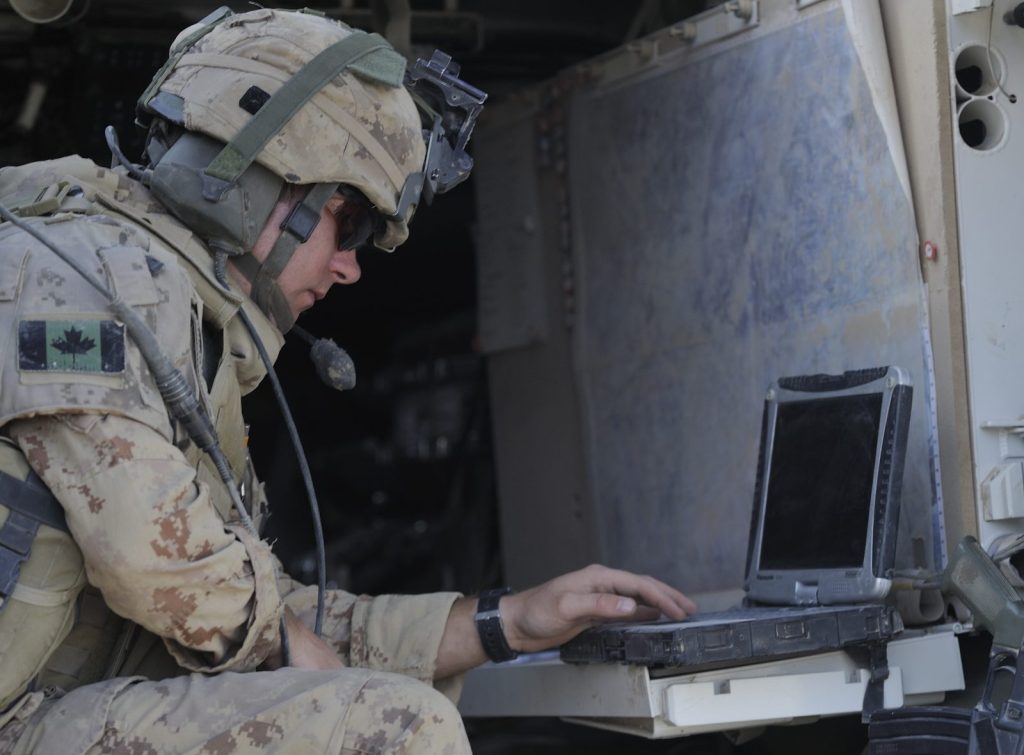 A forward observation officer technician from the 1st Battalion, The Royal Canadian Regiment Battle Group, monitors footage that is being received from an Unmanned Aerial System (UAS) in the Panjwa’i District of Afghanistan in 2010. Photo: Cpl Shilo Adamson

Part of the challenge is a common language. Whether you call it pan-domain command and control (C2), all domain or joint domain, as the U.S. is currently proposing, the terminology around network architecture can mean different things to different organizations.

“Once we are all talking the same language, it will ease our interconnectivity and interoperability with allies,” Nalepa observed. An Army network, connected to a unified CAF digital backbone, should mean minimal configuration for Signals Operators and other specialized technicians to plug into NATO’s Federated Mission Network or the U.S.’s mission partner environment.

By promoting common terminology and greater “digital literacy” within the Army, the hope is that leaders at all levels will be able “to have more mature and meaningful discussions about what a C2 network actually is, and how a network architecture concept can enable that,” she said.

Past efforts around network concepts have been perceived as very complex to understand. The tendency has been to leave problems in the hands of engineers and Signals Operators to solve, she noted. “It’s no longer the case where you can say, ‘the Sigs Corps will figure that out.’ Technology is so pervasive that it’s quite short-sighted to say, somebody else will figure that out, and just continue doing what we have always done. Digital literacy has to be embraced.”

A standard baseline understanding of the technology driving C2 networks would go a long way to alleviating that. CALWC is also developing an Army data architecture concept to better understand and explain the data exchange requirements for command and control and between sensors and shooters.

“From a technical aspect, we wanted to look at the network and figure out what piece of that we could reasonably solve,” said Janelle. “The network architecture concept will be the backbone on which everything can rest as we start talking digital modernization of the Canadian Army.”