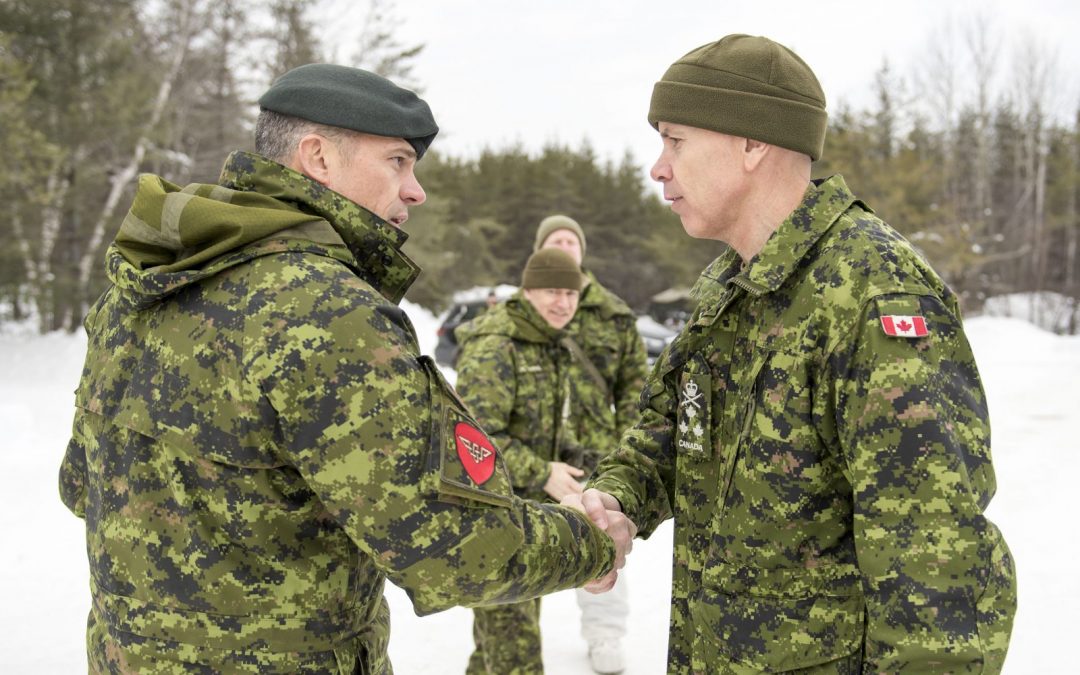 Army General Wayne Eyre has been confirmed as Chief of the Defence Staff (CDS) after nine months of doing the military’s top job in an acting capacity. His appointment, by Prime Minister Justin Trudeau, is seen as a key step in how the Canadian Armed Forces (CAF) accelerates sweeping cultural changes which have garnered too much negative publicity over the past year or so.

Eyre’s confirmation Nov. 24 came only four weeks after Trudeau’s appointment of Ontario MP Anita Anand as only the second female Minister of National Defence in Canadian history. The first was British Columbia MP Kim Campbell, a lawyer who lasted less than six months before becoming Prime Minister and leading the Progressive Conservatives into the 1993 general election, which they lost to the Liberals.

The push for a second female Defence minister was widely acknowledged as necessary at a time when the CAF is dealing with endemic sexual misconduct allegations. There were concerns that Anand’s predecessor, B.C. MP Harjit Sajjan, an Army veteran who had been in the portfolio since shortly after his election to the House of Commons in 2015, had lost credibility when it came to handling what many within the military have described as an “existential” crisis in an historically male-dominated culture.

Anand, another lawyer first elected to the House in 2019 and immediately sworn in as Minister of Public Services and Procurement, a portfolio with strong ties to DND as its purchasing agent and where she quickly proved her mettle, moved quickly to reinforce the call for cultural evolution in the military.

“I will continue to work hard in reforming the culture of the Canadian Armed Forces,” she told reporters on Parliament Hill shortly after Eyre’s appointment was confirmed. “We need to ensure that we have an institution where everyone who puts on a uniform feels safe and respected and protected.”

Asked whether she had recommended the new CDS, Anand demurred. “I have had numerous conversations with General Eyre about my top priority, which is reforming the culture in the [CAF],” she replied. “I have also visited numerous bases with him and spoken with members of the [CAF] and I expressed the importance of this to him and discussed this, of course, with the Prime Minister who shares my concerns about the [CAF]. And I look forward to working very hard with General Eyre on this most important priority not just for the [CAF], but for the Canadian population at large.”

She also said she and Eyre would “continue to work with our allies and our partners around the world to ensure that the international rules-based order is upheld” and work with the provinces and territories “to ensure that we are protecting and serving all Canadians.”

Eyre is the 10th CDS with Army roots since the position was created by the government in 1964. The high command structure previously had been comprised of a Chief of the Naval Staff, a Chief of the Air Staff and a Chief of the General Staff. The latter was the Army’s commanding officer.

Those Chiefs had functioned since 1951, shortly after the beginning of the Korean War, under a Chairman of the Joint Chiefs of Staff Committee. It was a loosely coordinated structure, lacking a defined command-and-control structure necessary to a unified military. In those intervening 13 years, only two officers, one from the Army and the other from the Air Force, had served as Chairman.

Although not by design – governments since 1964 have tried to rotate the CDS position through the three main services – the Army has dominated CDS appointments. Six appointees have come from the Air Force and only three from the Navy, most recently Admiral Art McDonald.

The Admiral held the position for 44 days before stepping aside to deal with sexual assault allegations. Although the Canadian Forces National Investigation Service said it found no evidence on which to prosecute McDonald, he went public with a letter in which he claimed to have been vindicated and effectively demanded his job back.

Anand minced no words about McDonald when she spoke with reporters on the Hill and disclosed that he had been formally terminated as CDS. “The letter that Admiral McDonald wrote was shocking,” she said. “It was unacceptable.”

McDonald followed General Jonathan Vance, an Army general and longest-serving CDS with six years and 131 days on the job, before he was sidelined by allegations of sexual assault which remain before the courts.