Digital Transformation: How the Army plans to change its analog culture 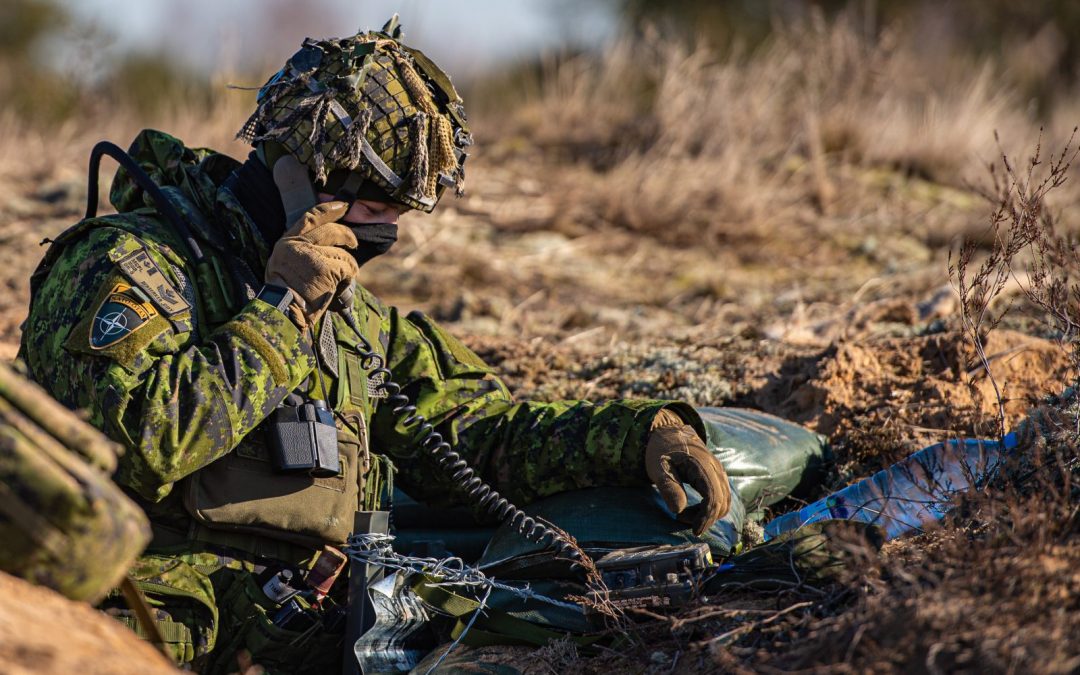 It’s an imperfect analogy, but imagine showing up at the family barbecue with a stack of CDs under one arm and photo albums under the other. You might garner a nod of recognition from a few, but most family members would probably eye you with bewilderment or pity.

“We don’t want to be that person at the party,” said Brigadier-General Chris Ayotte. “We want to be the person who shows up with just our phone, because everything’s on there, because we’re streaming from a cloud somewhere.”

Like many large organizations, the Canadian Army is awash in analog business processes and digital stovepipes, equipment and systems that were developed for a specific purpose, but today are less than optimal for the modern battlespace. More problematic, every new piece of equipment, from a personal weapon to a combat or even logistics vehicle, includes more and more sensors gathering and streaming data.

It’s hardly a surprise, then, that digital transformation is a critical priority initiative of the Army’s modernization strategy. Advancing with Purpose calls it an imperative that “implicates all aspects of the Army enterprise.” Published in January 2021, the strategy outlines a digitalization effort far broader than the digitization of information, with “structural, procedural, and governance implications related to data management, artificial intelligence, and even how the Canadian Army will field new capabilities, train, and make decisions.”

The task of leading a digital transformation and evolving how the Army thinks about and exploits data rests with Ayotte, the Chief of Staff, Strategy. An engineer by trade, with operational experience in Kosovo, Afghanistan and Iraq, his first priority isn’t a deconstruction of analog processes or non-interoperable C4I (command, control, communications, computers and intelligence) systems; it’s a shift to a digital culture with a data mindset at its core.

“The main challenge that we’re facing is one of culture,” he said. “That’s going to take a little bit of time. We’re going to have to find ways to demonstrate why that is so critical to making the Army more efficient. The things that we say that we want to be able to do with our modernization strategy, with our future operating concept – those are very difficult to achieve without a digital Army, without a digital culture.”

Most soldiers are already digitally immersed to some extent in their personal lives, adopting electronic-and cloud-based services to accomplish a myriad of tasks. He wants that same mindset and cultural acceptance “when they put the uniform on in the morning.”

To ensure the Army has a means to mark progress, the strategy calls for a digitalization roadmap to identify opportunities, encourage innovation, and contribute “to the development of a command-led digital culture.” Ayotte has stood up a tiger team of like-minded people, based on their jobs, interests and expertise, to steer that process. He’s consciously avoiding a top-down, directed approach, instead presenting the Army’s challenges in an open-ended way.

“We don’t want to constrain the imagination and the creativity that’s required to get ourselves a digital culture,” he emphasized. “The passion that this team has for these problems is incredible and it’s very much the right people to figure out the way to move forward on a digital roadmap.”

Even as the roadmap is being built, he’s seeking incremental gains by adapting processes to a digital reality while simultaneously hoping to “unleash trapped capacity” that could be put to better use. The Army has well-known data problems it has been “grappling with for many years,” he noted, that could provide “small victories that are probably less resource intensive, but demonstrate the benefits of a digital culture.”

A task such as the nominal roll, tracking where everyone is and what they are doing on a given day, could be automated to free up the time company or squadron clerks spend and would provide a dashboard for soldier activity.

“If we do that on a base here or in a unit there, that gets out pretty quickly. And all of a sudden, you’ve freed up five, 10 or 15 folks to do other things, as opposed to manually inputting data,” said Ayottte. “And you’re getting a better feed on what’s actually going on to improve decision-making.”

The task of assigning people to high readiness duties for an Immediate Response Unit or the Disaster Assistance Response Team is often a people-intensive effort to determine who is available. Updating the Canadian Forces Taskings, Plans and Operations program that supports that “is a fair bit of work,” he said, that could be automated to quickly compare the tasking demand against human resources available in the unit. “[It’s] not just about doing things faster or better, but also developing new ways to achieve a similar effect.”

A well-crafted roadmap would also be invaluable to the Army’s future major capital projects and some of the difficult capability divestment decisions that the modernization strategy suggests will be coming. Ideally, the roadmap would be completed before the Army decides on some of the critical network elements of its future digital backbone, delivered through projects such as Land C4ISR and upgrades to the Land Command Support System.

Ayotte admitted the Army is not only “building the plane as we’re flying it, but rebuilding the plane in some cases, depending on the technology that’s emerging or the best practices coming from our allies.” Most projects are nearing the end of the options analysis phase of the procurement process, so the Army will have to balance the need to move them forward with ever-changing technology decisions.

“It’ll be a continuous dialogue to try and make sure that as we work these projects through the defence services program, we feed in the most current information so that what comes out the other end is the best product possible,” he said. 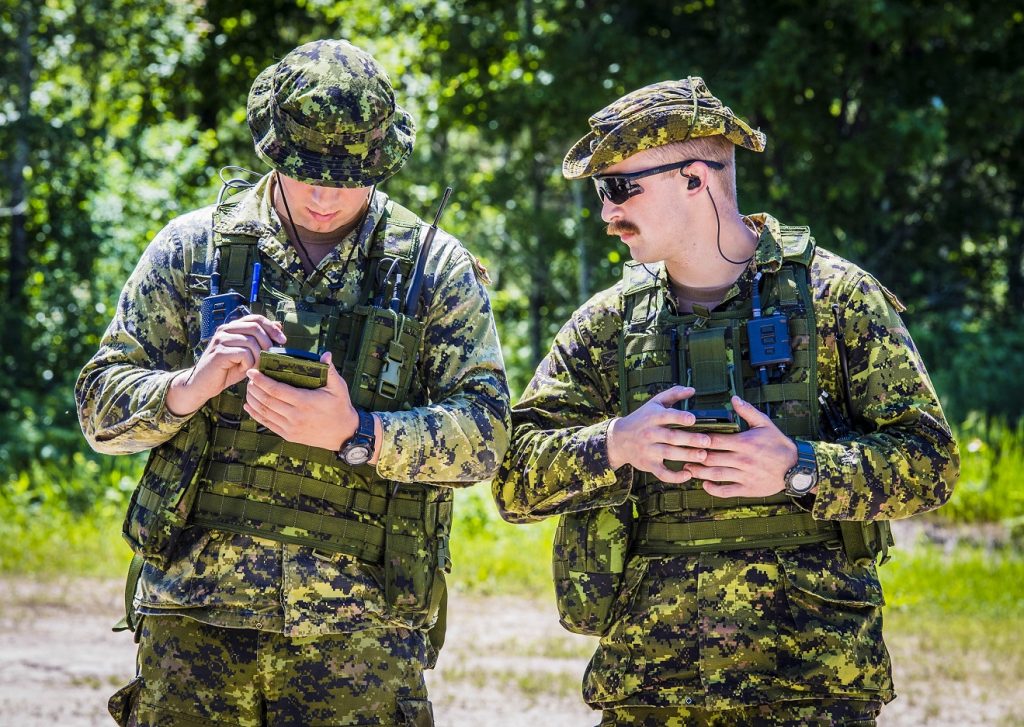 Of concern, though, is data quality. The strategy states that “information advantage in military operations will be gained through the integration and aggregation of high-quality data from a wide variety of internal and external sources.” Ayotte acknowledged that some of what is being manually inputted today “may not be high-quality data. We want to change that.”

While the potential of artificial intelligence and machine learning algorithms may be tantalizingly close to solving some of the Army’s data challenges, “we need to start from the basics,” he said. Incomplete or inconsistent data about personnel availability won’t help automate readiness taskings.

“The reality is that unless you have really good data, and a good data culture, you can’t realize those future capabilities. And it starts with the quality of the data you’re putting in.”

Data stewardship and other introductory courses are being developed under the Assistant Deputy Minister Data, Innovation, Analytics (DIA), along with Microsoft Power Business Intelligence training. “You start understanding that, if I put three or four folks on a Microsoft Power BI course, I can probably solve some of my data problems in the unit,” Ayotte observed. “What ends up happening is you start sharing those best practices and other people get trained, and you start un-trapping more and more capacity.”

While commanders are always interested in increased capacity in their units, qualitative data that improves or supports decision-making will quickly become highly valued as the Army grapples with ongoing modernization and force structure issues raised during its Force 2025 exercise. “It’s a very powerful thing when you can access the right data to demonstrate a problem you’re having or demonstrate the reason why you need to stop or keep doing something,” he said. 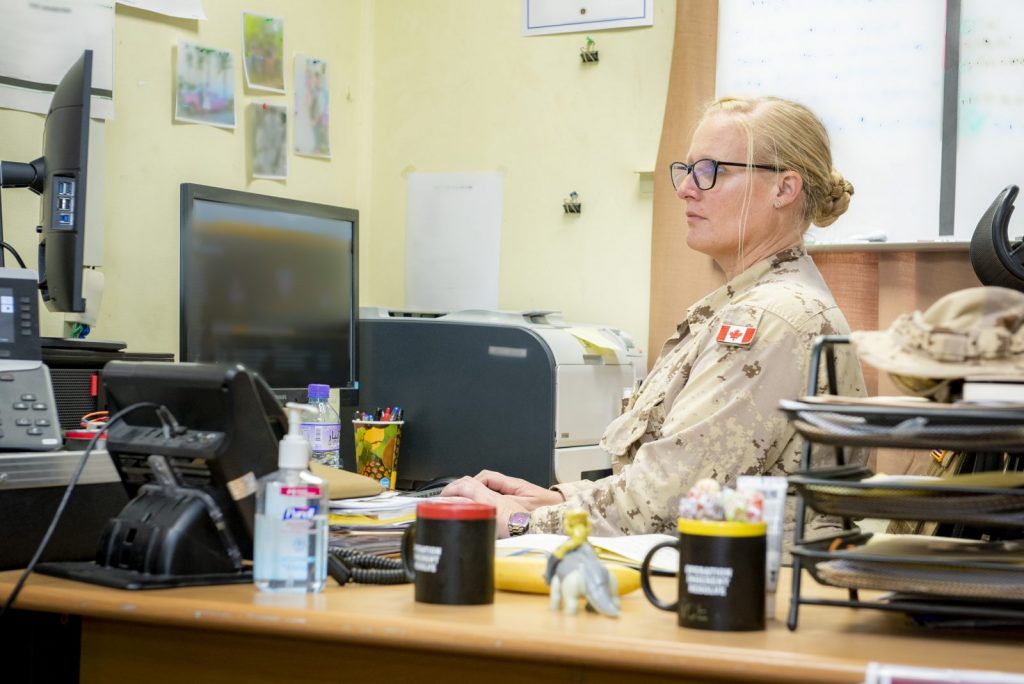 A digital culture will position the Army to think differently about its data, but the strategy places much of the technical expertise in the hands of the Signals Corps, a trade that is already struggling to develop sufficient personnel even as communications and cyber requirements continue to grow. Specifically, it states that the “Army will position the Signals Corps to overcome the challenges associated with maintaining a skilled workforce for a digital Army.”

Though digitalization is far more than a Signals issue, the Army has been wrestling with the Signals Corps challenges for some time, Ayotte acknowledged. The focus on a digital transformation, however, is “acting as a forcing function for us to adopt some best practices from the private sector in terms of delivering services in a different way.”

Can the Army leverage technology to achieve an intended effect with fewer resources by making structural changes or shifting responsibilities? The pandemic has demonstrated that geographic proximity is not always necessary to do a job, he noted. “We’ve come up with a couple of really good options that allow us to deal with the Signals Corps personnel issues, but at the same time build something that’s going to enable us to move forward on our digitalization agenda.”

A critical step for Ayotte is opening up the lines of communication to draw out ideas that might be percolating within units and on bases. This spring he intends to stand up a regular digital forum, modelled on the successful digital steering committee that kick-started the transformation conversation with 70 participants.

“We need to provide the venue whereby the best ideas can get air to see if we can implement them,” he said. “It doesn’t matter where you are, if you identify a data problem and you’ve got a solution, then let’s hear about it. I think that is going to be a great way to unlock some of the talent, enthusiasm and the energy behind this file.”

Over the next nine months he wants to steer resources and training to early-adopter units with creative ideas, to then trigger movement elsewhere. “Ideally, as we get further into the year, we start to see some of those creative, innovative solutions migrate across the Army. There’s no doubt that if one unit has a problem, many units have a similar data problem.”

Partners within the ABCANZ (America, Britain, Canada, Australia, New Zealand) armies and other allies are all undergoing similar digital transformations and “we absolutely need to do the same,” said Ayotte. “The time to move on this is now. We know everybody is energized by this. It is really one of those files that is talked about multiple times a week across the department, across the Forces – how we are going to work together to achieve our goals. I don’t know if I can think of another file during my time in the military that has been as unifying as this.” 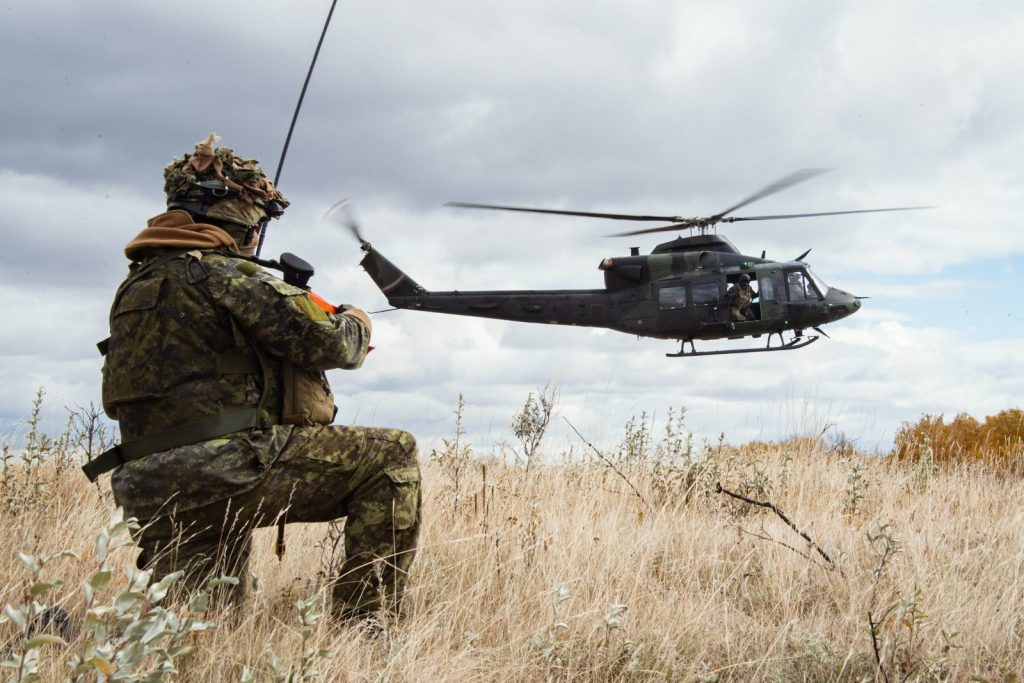 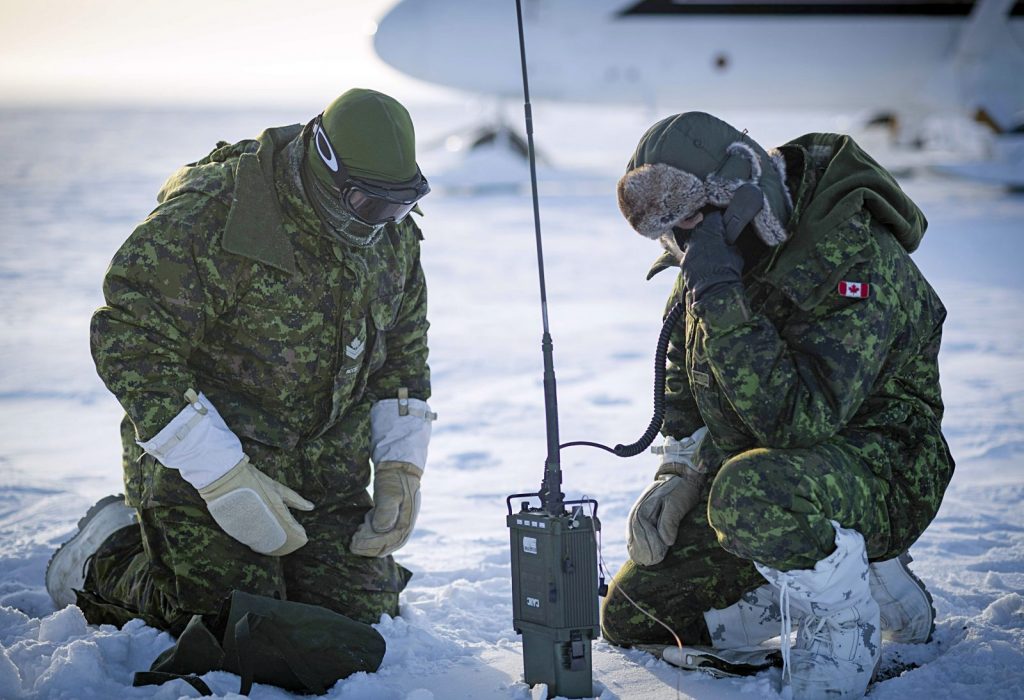