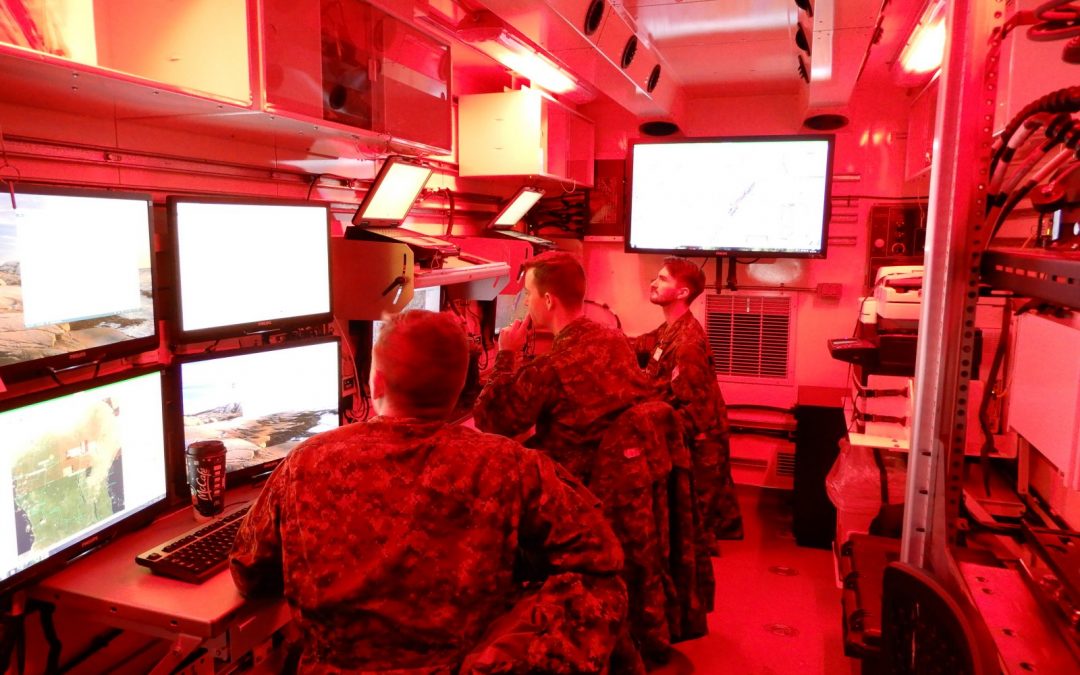 Need reconnaissance imagery from a small surveillance drone? Electronic jamming? Air space coordination? Specialized engineering such as combat divers? How you request those, and other effects generated by the Army’s enablers, is about to change.

Known as the Combat Support Group Experiment, the first trial was conducted with 1 Canadian Mechanized Brigade Group (CMBG) as part of the Unified Resolve series of exercises in the fall and winter of 2020-2021, and then field tested at Exercise Maple Resolve in May. The second trial is now underway with 2 CMBG as the brigade begins its build phase under the Army’s Managed Readiness Plan.

“We wanted to see what could be done with the current resources we have, and then understand the ripple effects,” CCSB commander Colonel Frédéric Pruneau told Canadian Army Today in a recent interview.

CCSB was formed in 2018, an amalgamation of highly specialized but dislocated capabilities across the Army. The Canadian Army Intelligence Regiment, 4th Artillery Regiment (General Support), 4 Engineer Support Regiment, 21 Electronic Warfare Regiment, and Influence Activities Task Force were gathered under one command to “facilitate their stewardship” and ensure they could operate with “one unified intention,” said Pruneau.

But the brigade is still finding its true footing. In previous exercises and on operations, integration with a combat manoeuvre formation was at times a convoluted process, replete with duplication. Each unit came with its own command team and coordination centre, and the manoeuvre brigade headquarters staff had to coordinate with each one to generate a particular effect.

The experimentation with a single Combat Support Group (CSG) command team and coordination centre has begun to dismantle those silos.

“Instead of four or five different information channels pushed to a CMBG commander, you now have one combined channel, which brings better analysis, better understanding of the battlespace, and better integration into the plans of the manoeuvre brigade,” Pruneau explained. “Instead of asking for a UAS (unmanned aircraft system), the commander now asks a team of experts, that deeply understands these capabilities, how to leverage them for a specific effect he needs to achieve.” 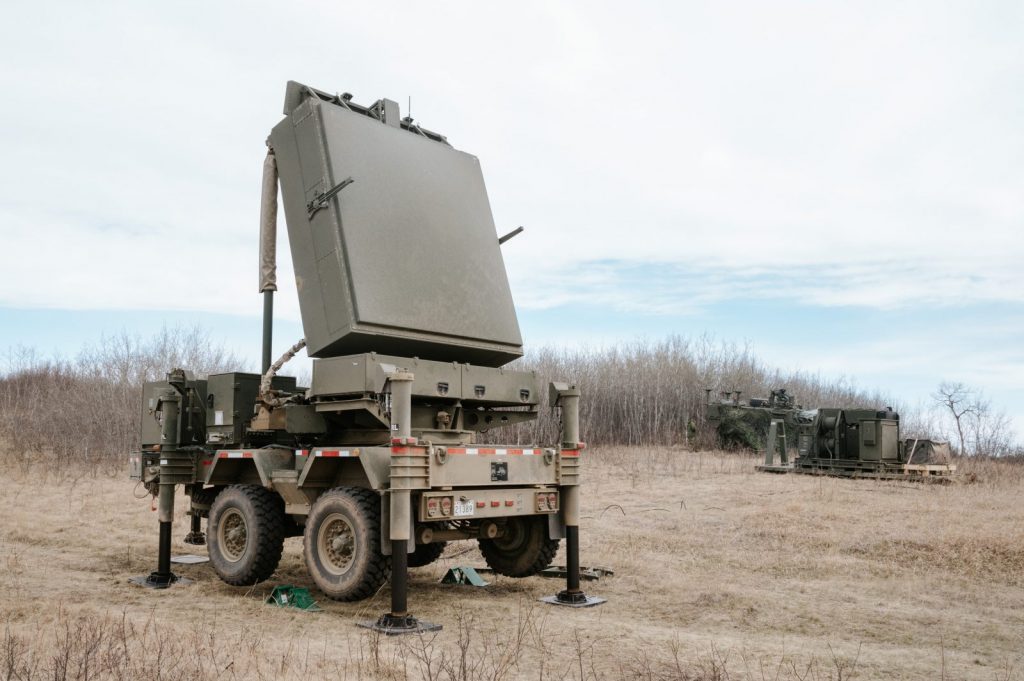 For the first CSG trial, the command team comprised members of 21 EW Regiment; a team from 4th Artillery Regiment is leading the CSG for the second phase.

The change in command structure was immediately noticeable and provided a more “holistic effect,” said Lieutenant-Colonel Wade Rutland, commander of 1 CBMG. Instead of plugging in and managing the contributions of individual units, the brigade was able to “push one button” during Ex Unified Resolve in February.

“Now I can turn to one CO and say, ‘Hey, how are you going to generate these effects?’ And he or she will go off and plan them, bring them back, and put them into effect.”

As much as the CSG experiment is an effort to better integrate with a manoeuvre brigade, it’s also an assessment of how CCSB units can work together the most effectively. Many of their capabilities such as UAS and all-source intelligence were developed for the mission in Afghanistan to bridge gaps in theatre. The Army recognized “those capabilities will be required in a future fight and that fight will require those capabilities to work in synergy,” Pruneau noted, but collective training opportunities have been limited over the past two years.

Among the lessons observed during the first experiment with 1 CMBG was the value of a single point of analysis and planning. “The unity of command was definitely the main thing we gained,” he said. Where the manoeuvre brigade previously conducted its ISTAR planning with a small team, “now I am bringing a myriad of experts to contribute to the ISTAR plan. I would argue, should this experiment go further, that ISTAR could become a function that CCSB provides to the brigade commander, instead of something he needs to think about within his own staff.” A CSG commander could serve as an advisor on all ISR activities, he suggested, providing “even more precise (information) than what the ISTAR plan does now.”

That initial trial also demonstrated a notable improvement in targeting, “reducing the sensor to shooter time that it takes to bring rounds down range,” said Pruneau, an infantry officer with the Royal 22nd Regiment, with experience commanding a light infantry battalion.

As part of the second trial with 2 CMBG, a reconnaissance squadron will be detached to the CSG commander as “an additional capability for the sense function, leading to a better ISTAR plan.” It might not become a longer-term solution, “but it is worth trying to see how easily we can integrate other capabilities within the CSG construct,” he said. 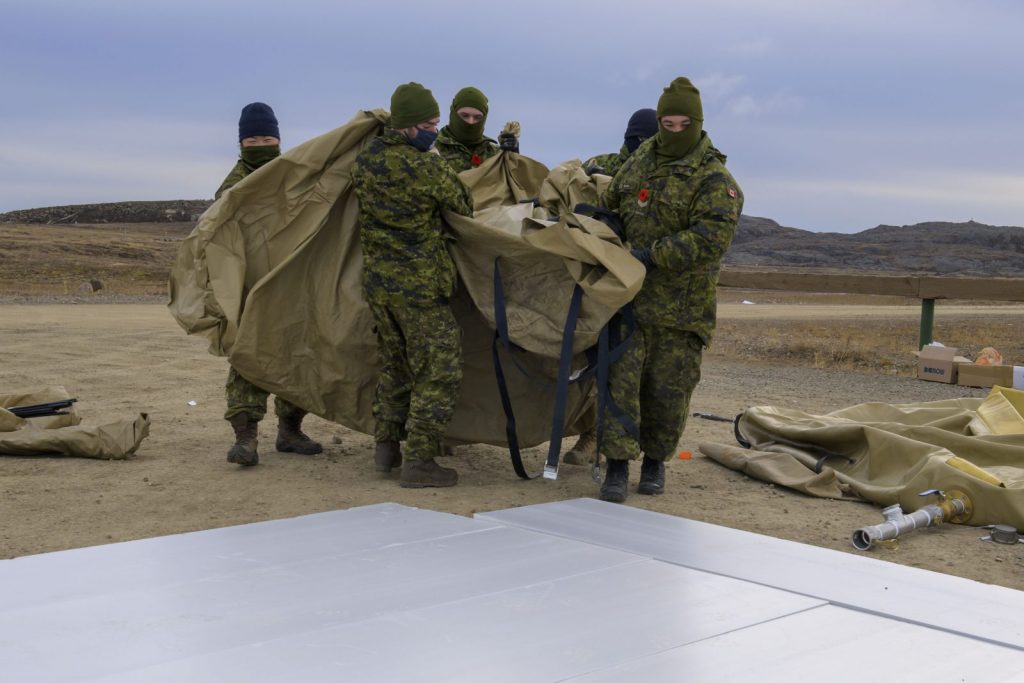 If the first experiment required some negotiation with 1 CMBG to adjust to the new command architecture, the second has been smoother from the outset. A briefing to Colonel Eric Landry and the command team of 2 CMBG was “well received” and the CCSB headquarters is now keen to see the pace of integration increase along with the intensity of the training exercise, Pruneau said.

Still, he’s closely monitoring the ripple effects, among them the ability to reconstitute “when we send a big group like this from the brigade.” While CCSB is only a few years old and still growing as a formation – and could be further expanded as a result of Force 2025, the Army’s force structure review – there are limits to the number of systems and soldiers each unit can generate at present if tasked to plug in to multiple operations.

“That’s a problem we need to fix,” he said. “To know how many people we need for each system, we need to know what we want to do with the capability. Do we want to be able to provide one CSG to each of the manoeuvre brigades when they are ramping up to high readiness? In theory you only need one CSG to do that. But once on high readiness, the aim is also to have something for the government to employ.”

One of the objectives of the experiment will be to answer how many medium range radars, small UAS and other systems are required to “provide meaningful capability to each brigade,” and to understand “where the current gaps are that prevent units from operating to the fullest of their capability,” even as CCSB could potentially absorb additional capabilities such as ground-based air defence (GBAD), amalgamated counter-explosive threat capabilities and/or CBRNE (chemical, biological, radiological, nuclear and explosive) capacity.

Pruneau previously served as the director of capability integration in Ottawa and admitted that a knowledge of force development and alignment of equipment projects will be key to the evolution of CCSB under his watch. Allies, too, are experimenting with how best to integrate emerging technology into fighting units, so there will be no shortage of additional lessons to observe as CCSB develops the battle task standards for a CSG and a future concept of operations.

If the units of CCSB were once referred to as the X-Men of the Army for their unusual capabilities, Pruneau now stresses their expertise. “It’s not about having superpowers; it’s about being professional and expert at what you do. As leaders who have been raised in the manoeuvre force, we bring an understanding, and single point of command, for how these integrated capabilities can be employed within the brigade.”

Superpowers or not, “our capabilities are cool,” he added. “And there is a lot of wind in the sail” of this experiment as CCSB builds to a culmination event at Ex Maple Resolve next May.