Combat simulation: How the Army is revitalizing a critical experimentation capability 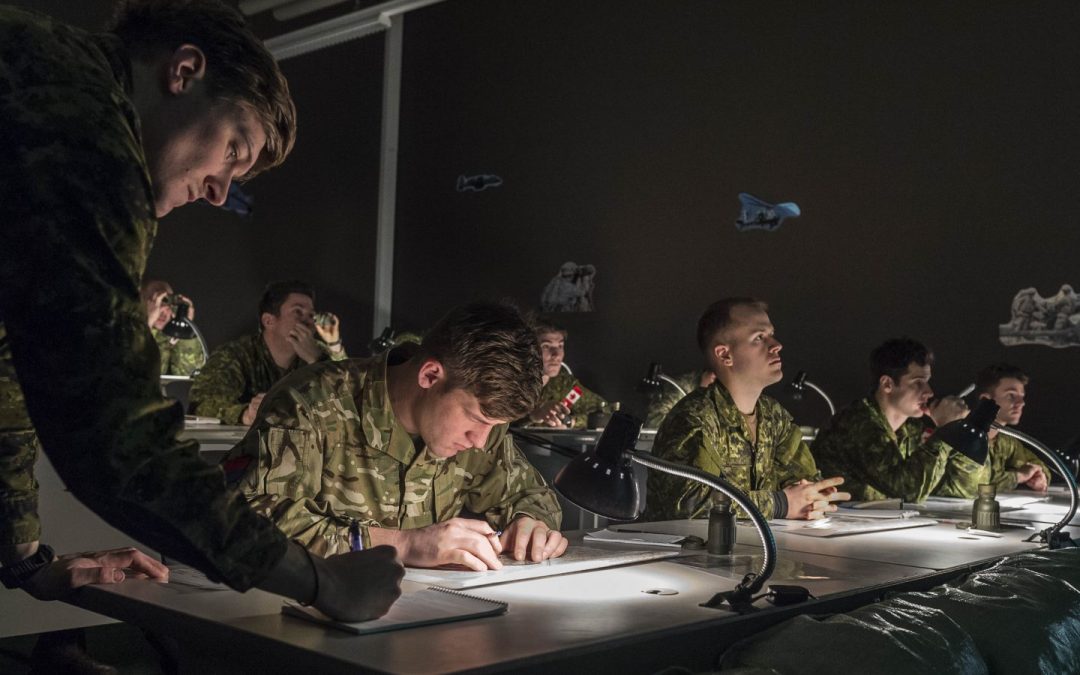 by George Nikolakakos and Maude Amyot-Bourgeois

“Shall we play a game?” – WOPR supercomputer in the 1983 film WarGames

In 1983, as movie theaters were screening the popular fictional film WarGames, the U.S. Lawrence Livermore National Laboratory was quietly in the process of transferring the world’s first ever near-real-time, interactive combat simulation software to the U.S. Army. Named Janus, the computer wargame made it possible for two military interactors to each lead an opposing simulated Army team using private computers that were housed in separate rooms. The simulated soldiers and vehicles were displayed as icons on a two-dimensional digitized map of the battlefield and were controlled via keyboard commands.

In the ensuing years, the U.S Army used Janus as an operational planning tool prior to both the invasion of Panama in 1989 and Operation Desert Storm which followed shortly after. U.S. Army leaders credited the Janus simulations with having saved lives.

In 1988, the Canadian Army received funding to acquire its own copy of the Janus combat simulation tool. Starting in 1990, the Army, supported by scientists from the Operational Research Division (now known as the Centre for Operational Research and Analysis (CORA)), began using Janus as a research tool to conduct experimental studies.

Janus studies typically commenced with a tabletop map-based wargame exercise which assisted in establishing the tactics and scenarios that would be implemented in the Janus software. After the scenario was designed and programmed into the Janus tool, military interactors played through the simulated battle and data such as the number of enemy forces eliminated, the number of friendly forces lost, and the amount of ammunition used were collected. The same scenario was played out a number of times by the interactors to gather data for statistical analysis. The quantitative results generated during the simulated Janus runs were usually accompanied by observational judgement and insights provided by the military players.

Janus research studies, conducted until the tool was retired in 2004, explored a wide range of military problems including assessing the potential effectiveness of new combat systems and vehicles, analyzing alternative force structures, aiding in the development of tactical doctrine, and evaluating the potential impact of emerging new technologies. Combat simulation was unlike any other operational research method as it provided essential battlefield context that could be directly related to Army operations.

As the Canadian Army adapted to the changing nature of the conflicts that they were engaged in, so too did the combat simulation tools used to support them. In 2004, the CORA Land Forces Operational Research Team began to use the UK Defence Science and Technology Laboratory-developed Close Action Environment (CAEn) model as a stop-gap measure. CAEn was specifically designed for conducting urban-warfare research studies that were in demand by the Army at the time. CAEn was successfully used until 2015 when the Canadian Army’s research combat simulation capability was quietly shut down due to budgetary constraints. Despite continued interest from senior military personnel, the capability has remained dormant for a number of years.

With several upcoming Army equipment acquisition and upgrade projects now funded and undergoing options analysis, there is a pressure to have the research combat simulation capability restored. To that end, the Canadian Army Operational Research and Analysis Team (CA ORAT) within CORA has been exploring potential options for reinvigorating this critical capability. The recently published Defence Research and Development Canada scientific report titled, “An Examination of the Past, Present, and Future Canadian Army Tactical-Level Combat Simulation Capability,” details the history of combat simulation and modelling within the Army and proposes a new path forward. 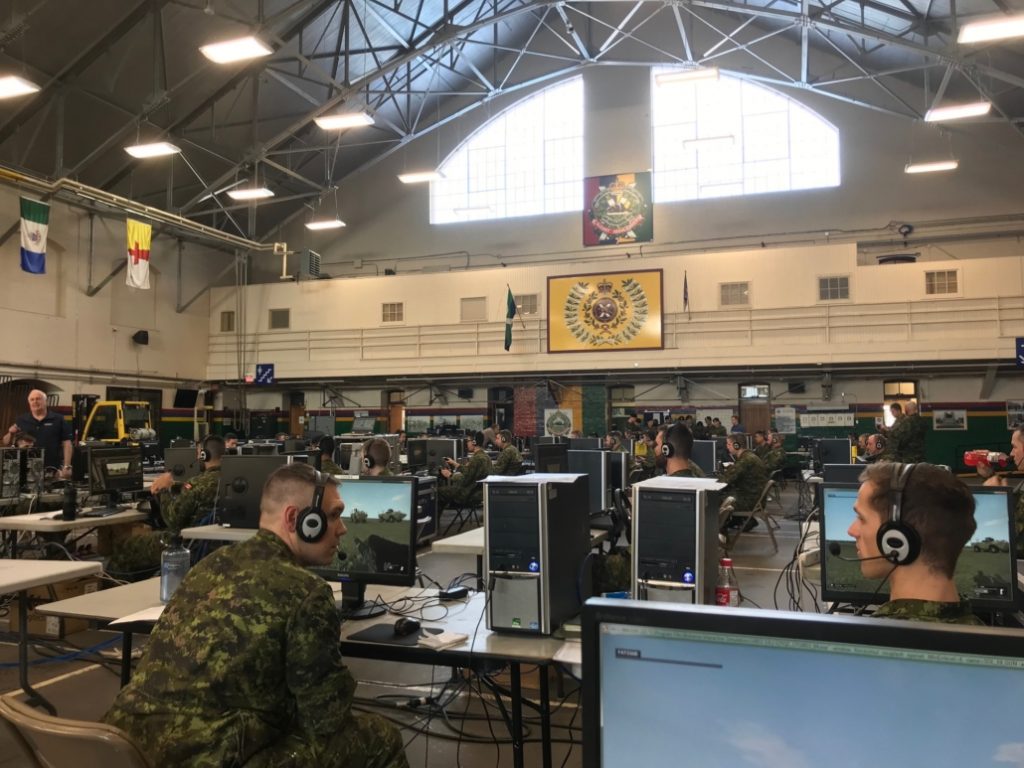 The sections that follow provide a brief description of some of the research combat simulation initiatives that the team is currently undertaking. More details can be found in the full report.

Constructive simulation tools are elaborate computer software packages in which users control simulated people and equipment in synthetic environments. In a practical sense, this typically resembles something like a computer game version of the board game Risk. Users are provided with an overhead digitized map of the battlefield and moveable icons on the screen represent soldiers or vehicles. A simulation database contains detailed information about the simulated soldiers, vehicles and weapons such as their vulnerability to different types of ammunition, their range of visibility in different environmental conditions, and their movement speed over different types of terrain. Simulated combat engagements are decided based on these characteristics.

The team is currently exploring the use of the U.S. Army-developed simulation One-Semi-Automated Forces (OneSAF) for studies. OneSAF is the natural evolution of past combat simulation tools such as Janus, featuring high-fidelity, physics-based models as well as a highly customizable equipment database and simulation environment.

Agent-based models (ABMs) are non-interactive constructive simulation tools. But unlike traditional high-fidelity combat simulation tools such as Janus and OneSAF, they aim to simplify the simulation process by abstracting many of the detailed physical models (e.g., the representation of terrain might be greatly simplified if it’s not a critical component of the study being conducted). Simulated entities in ABMs interact with each other autonomously based only on a set of internal criteria and information about their surrounding environment and other entities. This removes the need for users to assign specific detailed behavioural decision-trees to each entity, greatly reducing setup times.

The relative simplicity and quick setup times offered by ABM tools allows for rapid generation of vast volumes of data covering a wide parametric range in the options spaces (a method termed data farming). This can include for instance incrementally increasing the range of a weapon or sensor system to evaluate the relative impact of ranges on battlefield success. Data farming allows analysts to examine a broad spectrum of simulated outcomes in a quick and efficient way, providing important information that can be further applied to higher-fidelity combat simulation studies using more traditional tools.

The team is currently in the process of conducting experimentation and analysis using the Map Aware Non-uniform Automata (MANA) ABM tool that was developed by the New Zealand Defence Technology Agency.

Virtual simulation describes real people using simulated equipment in a simulated environment. Traditional examples include a flight simulator or a tank simulator in which computer systems and monitors represent the control panel and external view of a real vehicle. Borrowing heavily from modern first-person-shooter videogame technology, military virtual simulation tools have become increasingly immersive. The Virtual Battlespace (VBS) series is a popular virtual simulation tool that’s currently used by militaries across the world, including the Canadian Armed Forces, for training and mission rehearsal.

Recent advancements to the software have also made VBS an attractive tool for conducting experimentation and analysis. The CA ORAT experienced this first-hand in late 2019 when they participated in the UK-led Experiment Virtual Eagle, a large-scale virtual simulation experiment which consisted of approximately 180 serving U.K. military personnel conducting high-fidelity simulated battles using VBS on networked laptops.

The team is currently exploring ways of combining Canadian Army virtual simulation training exercises with experimentation objectives using VBS. This would allow for the effectiveness of different equipment options to be evaluated while simultaneously considering the relevant tactics, techniques, and procedures being employed in a simulation environment that is more immersive and directly applicable to real operations when compared to traditional constructive simulation tools.

While traditional constructive simulation tools offer an effective means for conducting experimental analysis, it’s recognized that they are difficult to maintain and operate, and typically require significant set up times. Additionally, they are often visually unappealing, making it challenging for non-experts to easily interpret the simulation output.

Commercial-off-the-shelf (COTS) wargames are recreational computer games that have been modified for analytical use. They are easier to learn and use and offer a more intuitive and visually appealing interface. Already used extensively by some allied defence agencies, the use of COTS wargames could complement other Army combat simulation tools by providing rapid preliminary insights that could aid in guiding more detailed experimentation using traditional tools. Additionally, they could boost collaboration and improve engagement between scientific analysts and military personnel.

The team is currently in the process of examining COTS wargames such as Command: Modern Operations and the Combat Missions series to determine their potential applicability to Army studies.

Experimentation using combat simulation is currently being applied to a number of high-priority Army upgrade and acquisition projects such as the Ground-Based Air Defence project, the Anti-Tank Guided Missile Replacement project, and the Land Force Intelligence, Surveillance, Target Acquisition and Reconnaissance project. As this critical CORA capability continues to rapidly mature, it is once again being positioned at the forefront of procurement projects. And unlike in the sci-fi classic WarGames, the only winning move in this case is to play. 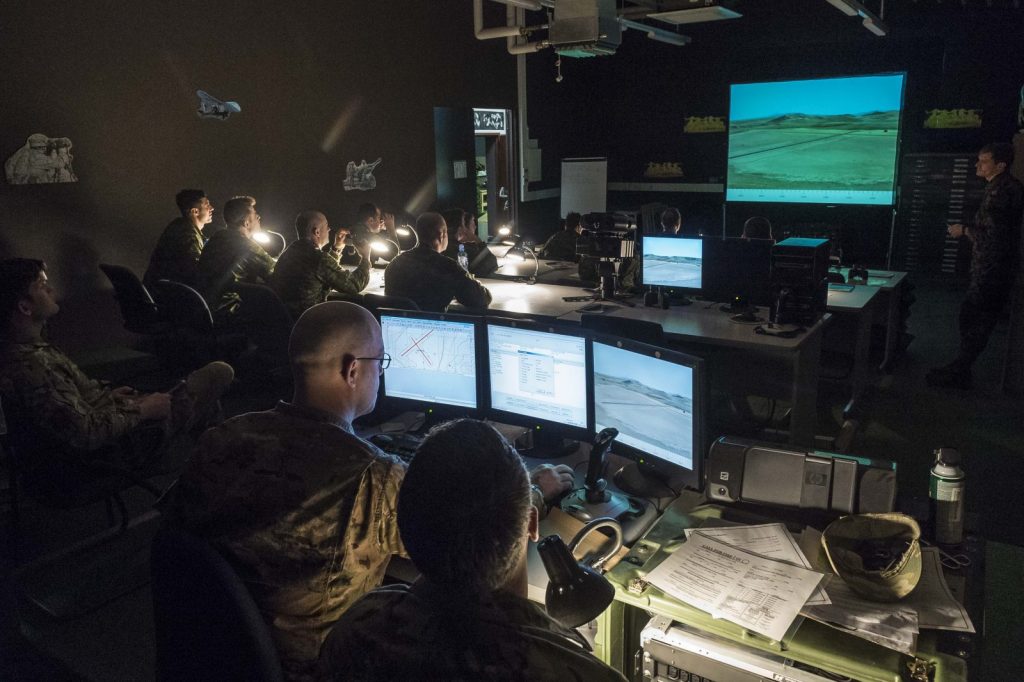