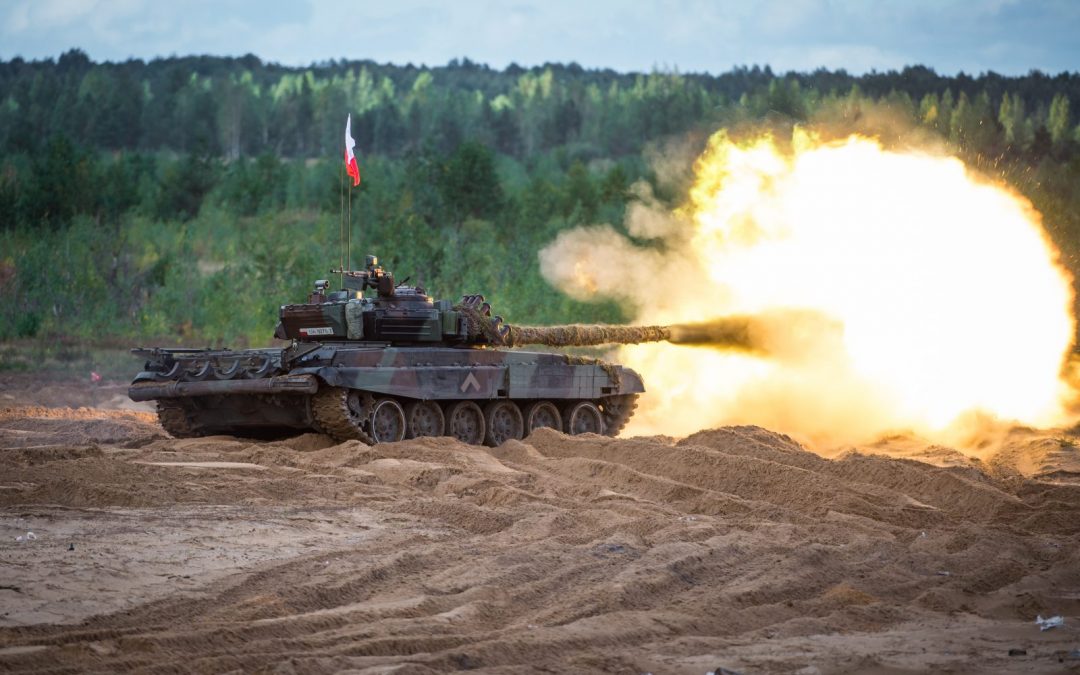 The Canadian-led battle group in Latvia has adapted NATO, Canadian and allied doctrine to evolve its standard operating procedures. Exercise Silver Arrow confirmed that and more.

The Canadian-led NATO enhanced Forward Presence (eFP) Battle Group Latvia completed an evaluation of its capabilities as a “force package” to meet NATO standards during Exercise Silver Arrow in September.

The multinational exercise involved almost 3,000 troops and 200 vehicles from 12 NATO allies and was designed to test the battle group’s ability “to plan and conduct operations with the Latvian Mechanized Infantry Brigade” and enhance their readiness, said its commander, Lieutenant-Colonel John Benson.

Silver Arrow was part of a much larger annual Latvian National Armed Forces (NAF) exercise, Namejs, intended to test and train collective readiness to defend the country. Involving 9,300 participants, the exercise from Aug. 30 to Oct. 3 began with the activation of NAF and allied troops, home guards, reservists, representatives of the defence ministry, as well as personnel of the State Police, State Border Guard, State Fire and Rescue Service, the Prison Administration, and private businesses to bolster the comprehensive national defence system.

“Ex Silver Arrow is a segment of Ex Namejs. It is a brigade level exercise in which we demonstrate the Latvian military’s ability to not only work internally within a multinational level, but also to be interoperable with the entire brigade,” explained Benson, a Royal 22e Régiment officer with several deployments to Afghanistan, Iraq and domestic operations, who assumed command of the battle group on July 15.

Benson leads a robust contingent of around 1,000 troops from Albania, Canada, Czech Republic, Italy, Montenegro, Poland, Slovakia, Slovenia and Spain that is an integral unit to the Latvian military. The battle group is one of four multinational combat ready NATO formations stood up in 2017 in Estonia, Latvia, Lithuania and Poland (the United Kingdom, Germany and the United States lead the other three). The battle groups form part of the biggest reinforcement of NATO‘s collective defence in a generation, and their presence makes clear that an attack on one ally will be considered an attack on the whole Alliance.

The Canadian component of about 540 personnel serve for six-month assignments to staff a headquarters element, a mechanized infantry company, and combat service support based at Camp Ādaži. Approximately 25 military families fulfill assignments in Riga, the capital city, of two to four years as part of the Task Force Latvia headquarters. Canada also contributes vehicles and equipment.

“Here in Latvia, we have really brought the battle group to a multinational perspective that has never been seen in NATO,” said Benson. “There is not a lead nation per se. Canada provides that framework nation concept, but I don’t have a battle group that is based on a Canadian battalion. I have a genuinely multinational battle group.” 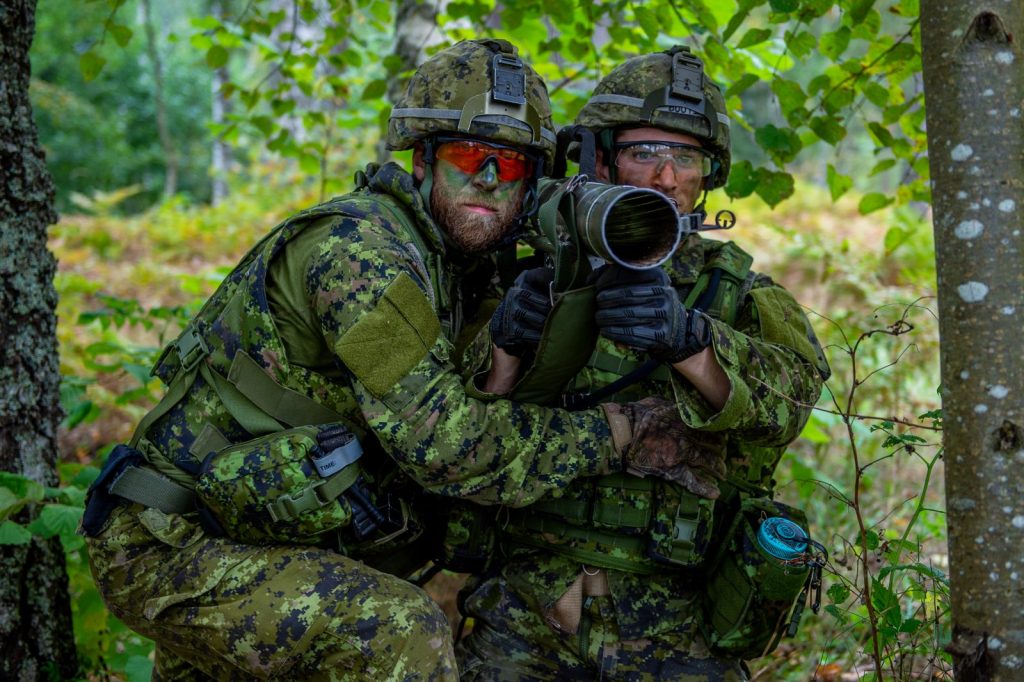 Exercise Silver Arrow was based on a scenario involving an incursion into Latvia by an adversarial force. The Latvian mechanized infantry brigade, including the battle group, was in a defensive posture able to defend Latvian territory. The active phase took place not only in the Ādaži Training Area and regional training grounds, but also in the capital and nearby municipalities. In fact, local populations were advised that movements of military equipment were possible anywhere in Latvia during the exercise.

“There are years in which some of the NATO level exercises are directly integrated into Silver Arrow, but this year was a truly Latvian-led, mechanized infantry brigade exercise,” said Benson. “The entire brigade deployed, close to 3,000 Latvian and NATO troops.”

The eFP concept is a product of NATO’s 2016 Warsaw Summit, which established NATO’s forward presence in Estonia, Latvia, Lithuania and Poland. The battle groups reflect the geographic and host nation requirements and overall military effectiveness.

“Within the eFP, everyone works slightly differently,” Benson noted. “The level of integration into the host nation defence structure will be slightly different within each of the Baltic countries and Poland, with each framework nation responsible for the force generation of a battle group.

“In Latvia, we find ourselves with nine consistent and stable contributing countries that provide a very similar force package for every rotation. This consistency has allowed us to fully integrate with the Latvian brigade itself. At the end of the day, I report almost everything I do to the Latvian brigade commander.”

To use a Canadian term, Silver Arrow was an integrated capstone exercise, designed and developed to meet NATO’s operating requirements. The battle group went through a combat readiness evaluation to confirm that they have the capability and the resources to achieve specific effects.

“As much as possible, we try to do everything within NATO doctrine,” Benson explained. “There is a challenge in that NATO doctrine, just like NATO interoperability, is focused on largely the division and corps levels, with some minor elements at the brigade level. But NATO interoperability was never intended for the unit level, and definitely not at the platoon and section levels.

“Doctrinally, the battle group has an evolving standard operating procedure (SOP) where we take elements of NATO doctrine, and then we adjust them and bring them down to the proper tactical level, which really incorporates not only Canadian doctrine, but also Spanish, Italian and Latvian doctrine into how we function.” 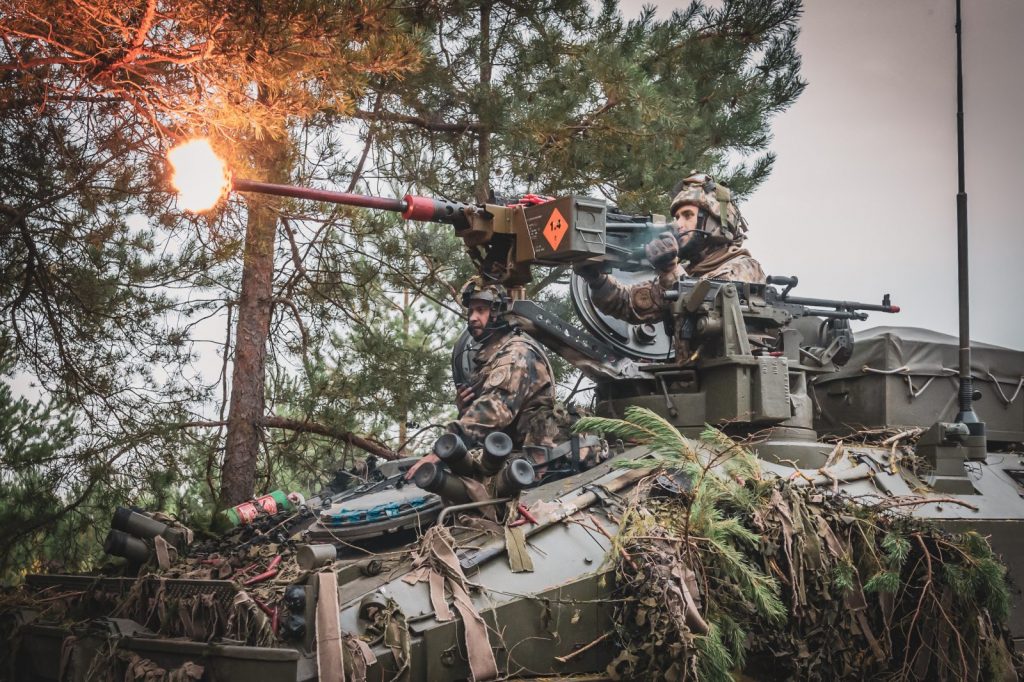 The battle group has benefitted from four years of learning, adjusting and testing its SOPs, he added. “[It’s] not some package that kind of appears every six months. It is a consistent package that we’ve been working through, validated through exercises and analysis, and adapted to meet operational requirements.

“This affects the way we function as a battle group. Every one of our rotations goes through standard training phases, where we, at first, make sure that everyone is on the same page, understands those SOPs, and can apply them. We have a consistency and a stability in what each nation contributes that makes it much less difficult.”

Although Silver Arrow was a demonstration of the battle group’s ability to work together, “we’re not here for a series of exercises,” Benson insisted. “We’re here with a clear mission from NATO and from Latvia to deter and, if necessary, defend Latvian territory and its people from any adversary. These exercises enhance our interoperability and our capabilities and, more importantly, are a clear and transparent demonstration of our ability to deter and, if necessary, defend. That’s really what we’re doing.”

Concurrently with Exercise Namejs, and near the Latvian border on the Western Military District and Belarus, Russia conducted its quadrennial Joint Strategic Exercise Zapad 2021, a large military training exercise. According to the Sept. 23 edition of the Moscow Times, Zapad “serve[s] important signaling functions as a prominent display of military capabilities and the willingness to employ it. …There is also a growing military diplomacy component to the exercises, with foreign forces participating in joint training events as part of a coalition. Zapad-2021 featured largely the same scenario, a coalition of NATO states intervening in Belarus to conduct regime change and wrest a part of the country away. It is a meeting engagement between Russian forces in Belarus and a NATO coalition, which expands into a regional war, with strikes against Belarus and the Russian homeland.”

Part of the eFP mandate is “to maintain situational awareness of everything around us,” Benson said. “We follow what’s happening with Exercise Zapad-21, as well as other movements along the borders.”

“This is the largest Canadian deployment at this time, and is an outstanding opportunity for Canadian Army elements to continue to train and develop in terms of our doctrine, but also in terms of just our effectiveness in warfighting skills, our capabilities as a battle group, and to improve our skills with a defensive focus.” 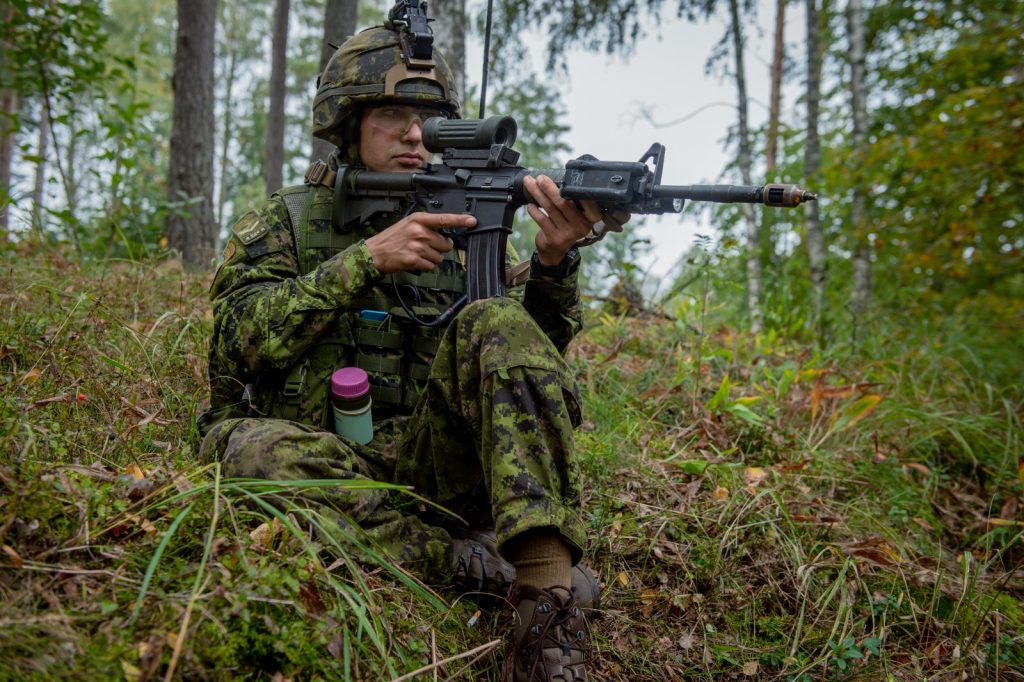 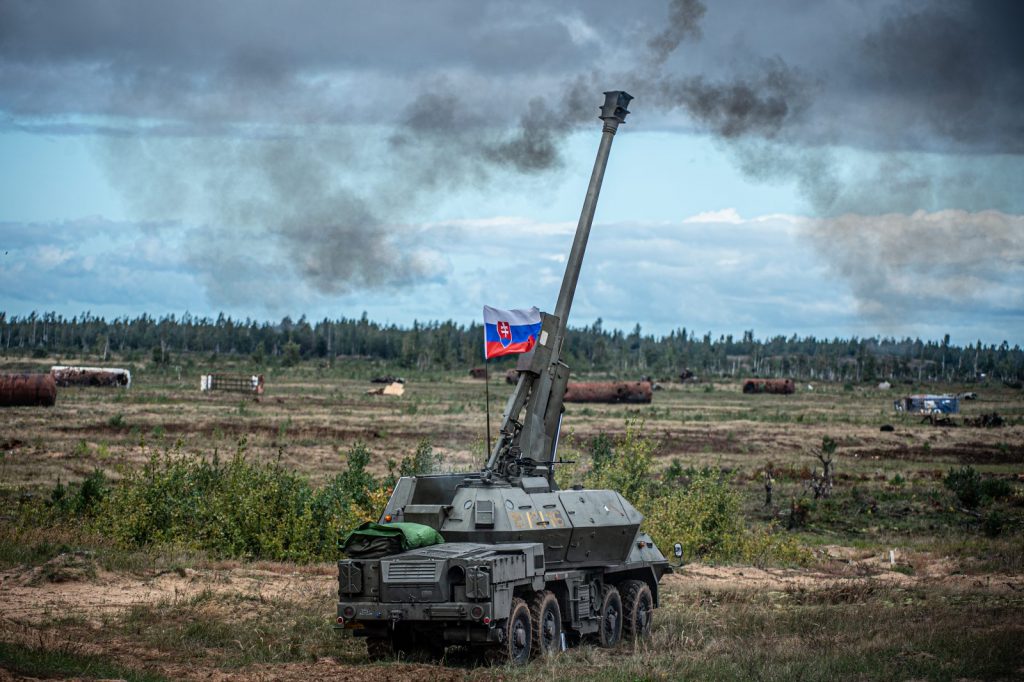