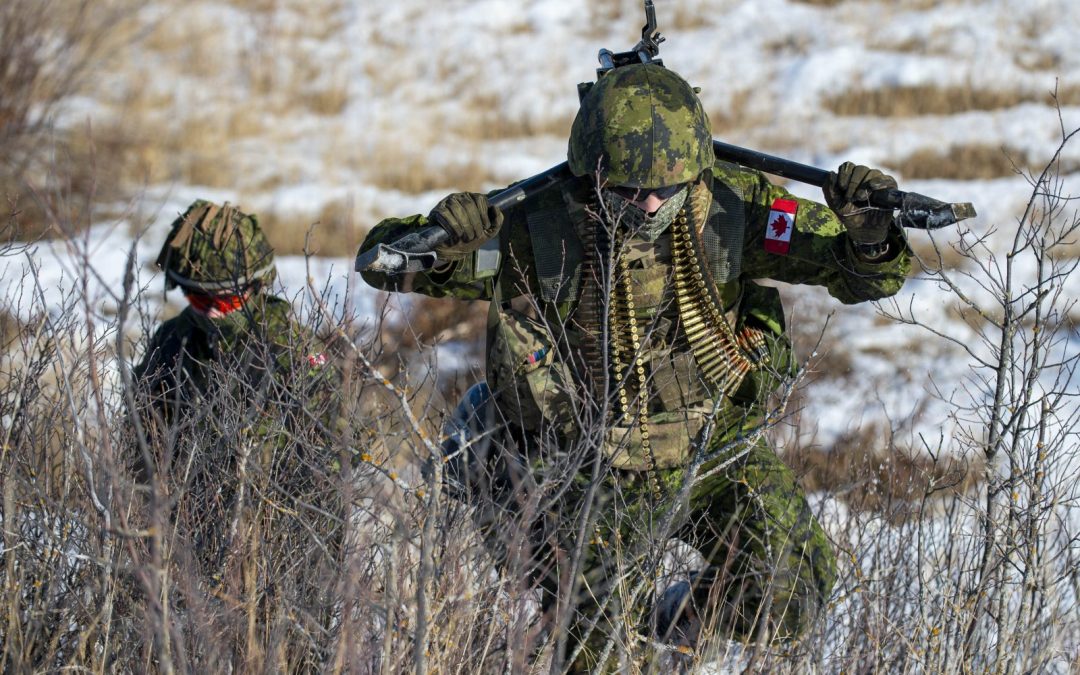 “Odd. I don’t know a better term to describe it.” Brigadier-General Bill Fletcher had just returned to Edmonton in August 2020 after a two-year posting as the Deputy Commanding General – Operations with XVIII Airborne Corps of the U.S. Army at Fort Bragg, North Carolina.

The position had been a rewarding and career-building experience, but he was back in Canada, energized and keen to get started with the “ideas built up in my head about the training we were going to do.” Now, the new commander of 3rd Canadian Division faced a road to high readiness severely disrupted by a global pandemic. “Nothing was foreign, nothing was broken, but it wasn’t where I expected it. It just felt odd.”

Regular and Reserve Force individual training had resumed across the Division after a four-month pause, but it was clear collective exercises would need to be rethought to continue protecting soldiers and their families, while still achieving the training objectives necessary to confirm the Division’s various units ready as a contingency force for global deployment on July 1.

“There is always tension at the best of times between personnel tempo and what we are trying to achieve, and it was just exacerbated by COVID,” explained Fletcher, an infantry officer who previously commanded 1st Battalion, Princess Patricia’s Canadian Light Infantry and 1 Canadian Mechanized Brigade Group (1 CMBG), both based in Edmonton.

“Everything just took longer. We had to rationalize what was essential and what we could reasonably take a pass on, understanding that we are accepting some risk in terms of our normal road to high readiness, and make some deliberate and ruthless decisions as opposed to stumbling into it on a month-by-month basis.”

The first challenge was cultural, he said, foregoing the Army’s normal tendency to seek the greatest solution possible with the resources at its disposal. “In this instance, we had to ask ourselves, what’s good enough.”

The Division adopted an incremental approach, conducting collective exercises first in small groups and then maintaining those cohorts as much as possible even as exercises increased in size and complexity. With each training event, the Division gained confidence in integrated larger groups. By the late fall, there were as many as 600 soldiers in the field at one time, though still relatively segregated.

“We broke it down into platoon/troop, company/squadron level manoeuvre, and the highest we went was that company/squadron,” said Fletcher. “The battalion-level command and control architecture was really there to orchestrate the exercises and sustain them, as opposed to being the focus of the exercises themselves. I am very proud that we made it up to [that level of] exercise with very few instances of COVID. And because of the mitigation measures, none of those cases escaped the woods of Wainwright.”

In mitigating against the spread of the coronavirus, however, the Division and brigade had to pare back the length of some exercises to achieve “only the benchmarks that we absolutely need to achieve in terms of generating the collective readiness required,” he acknowledged. Ironically, the overall time on the exercise was often extended by as much as a month to accommodate quarantine periods, which meant isolating at home or in a cohort.

The Division was able to draw on lessons and best practices from across the Army, in particular 2nd Canadian Division which, under a revised Managed Readiness Plan, is also on a high readiness training program and working through similar challenges. 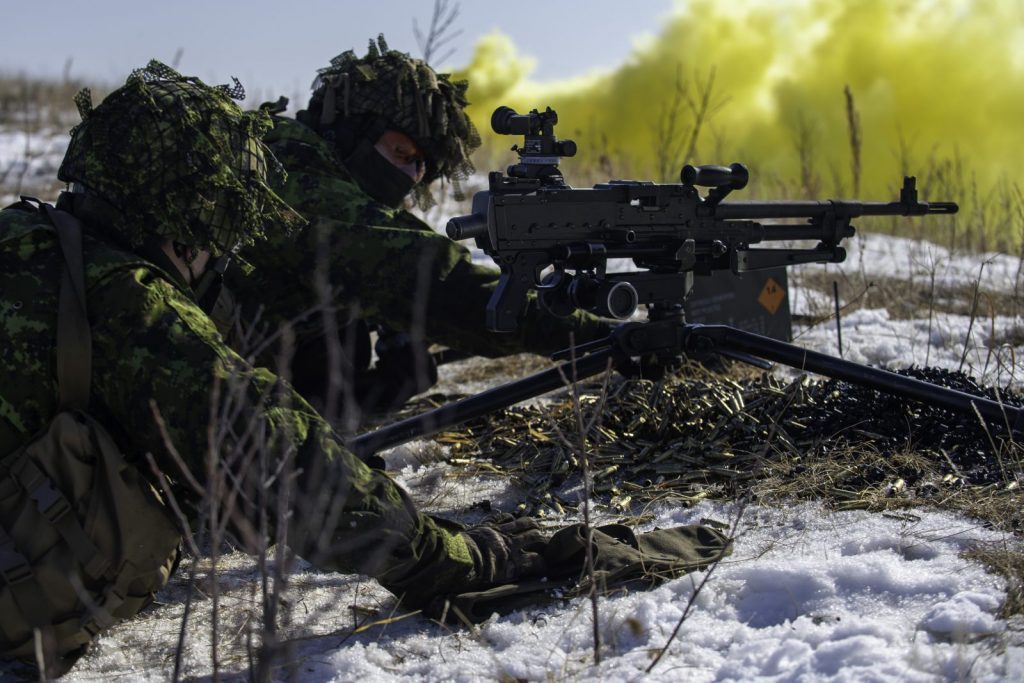 Integrating Reserve units into the Regular Force, often a key feature of late summer and early fall collective training, was cut back to limit travel and contact with those also holding down civilian jobs. Instead, Reserve units primarily focused on individual training in the armouries and local field exercises.

“Our Reserve collective training took a fairly big hit,” said Fletcher. “We did achieve some Reserve integration but it was really on the level of individual augmentation as opposed to bringing in a formed body or significant elements.”

How that impacts the ongoing development of Reserve mission tasks remains to be seen, though he suggested some of the lost time could be made up this summer and fall after the Division assumes the role of the Army’s contingency force and begins more theatre-specific training for NATO missions. “We took an operational pause from growing the capability beyond where it is now. We didn’t lose a tonne of ground, but we certainly didn’t make up any ground from the mission task perspective.”

Despite some of the setbacks, Fletcher was particularly impressed with how rapidly units adopted virtual communication and distributed learning. “We took a lot of our cues, frankly, from what Sergeants and Master Corporals were doing leveraging technology to keep in touch with their people, look out for their welfare, and deliver low-level training.”

If distributed learning networks were viewed as a strategic-level asset before the pandemic, soldiers quickly adapted and brought them down to the tactical. Fletcher described watching a young sergeant at an armoury in Calgary instruct a section on Zoom in map and compass skills. “It was phenomenal to me because it was something that never would have entered my head to leverage the technology like that. Yet folks were doing that all the time. I would say we have come light years. We’ve learned a bunch of lessons that even in a post-pandemic world we will still leverage.”

Regular and Reserve units, for example, could conduct the rehearsals and “initial marry-up drills” that introduce standard operating procedures and ways of doing business at company and battalion level in advance of any live exercise. “We could get right into the meat of our training without having to spend time doing orientation type stuff.” 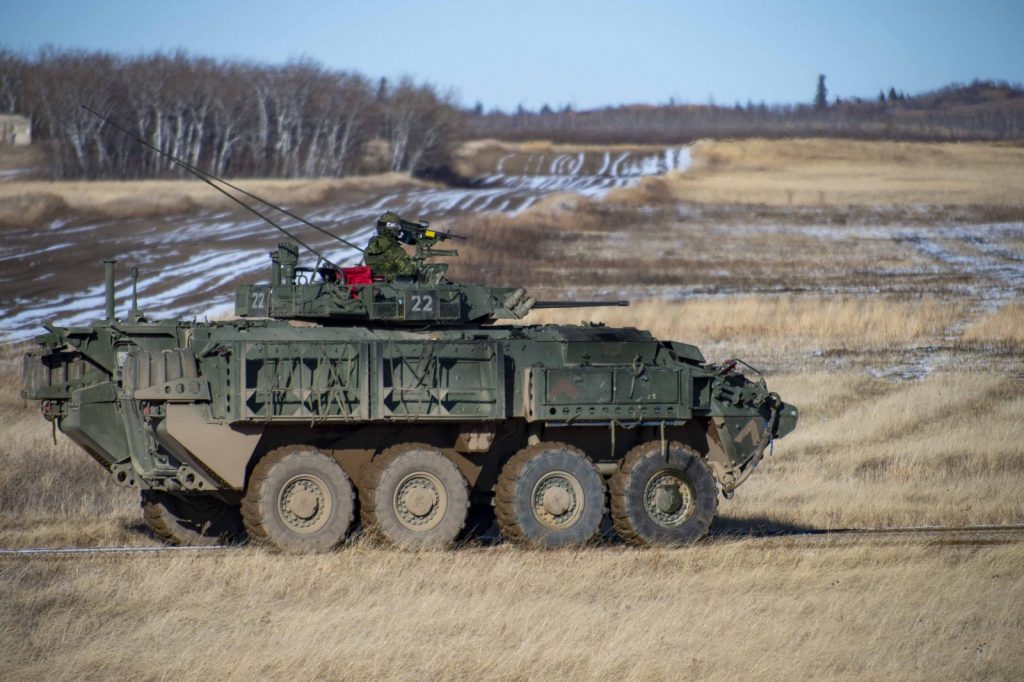 Members of 2 PPCLI on the LAV 6.0 Turret Operator Course this spring. Photo: DND

As the Division rolls into the last of its marquee training events, Exercise Maple Resolve in May, it’s preparing for between 2,000 and 3,000 soldiers in the field, albeit under modified circumstances. The exercise normally serves as the culminating event for the brigade, validating the competency of its headquarters and subunits for operations.

This year, the headquarters achieved its confirmation in a computer-assisted exercise, Unified Resolve, in February. Maple Resolve will shift focus to 1 and 2 PPCLI as the primary training audience, “the two battle groups that we require for those high readiness tasks, the NATO response component in particular,” said Fletcher. “The brigade will be there to oversee things in the field, but it will be a minimal footprint. They won’t be tactically exercised.”

While the Lord Strathcona’s Horse will provide a robust opposing force to challenge the battle groups, many other elements will be on the margins. “Stuff we might have previously done, we’ve decided to down tools,” he said, including 1 Service Battalion and any elements that do not “interface” with the battalions.

Unlike recent Maple Resolve exercises, the Army will also limit the validation of new capabilities. The exception will be the Canadian Combat Support Brigade (CCSB), which has recently introduced a new architecture to integrate division- and brigade-level enabling assets such as electronic warfare, intelligence, ISR and airspace coordination.

The revised structure allows CCSB elements to connect to the brigade or battle group through one point of contact, rather than bolting on each component separately. “You have a ready-made (CCSB) headquarters with all these pieces in it. We trialed it at Unified Resolve and it showed some significant promise, so we’re going to validate it in the field. I’m pretty excited to see how that works.”

While the Division’s road to readiness has been anything but routine, Fletcher had high praise for how the units have responded to maintaining training events in the midst of a pandemic. “It’s a testament to the leadership at the battalion level and below, the innovation they were able to leverage,” he said.

More than anything, he wants to get out and see more of it in person. Like everyone else, COVID mitigation measures have restricted him to more virtual meetings than troop visits. “Our soldiers are doing fine – we have dug a bit of a hole in terms of our readiness, but nothing we can’t dig our way out of with some planning and foresight. What we have really missed is that personal interaction, which is one of the key components of leadership. It’s cathartic. That’s the piece I really miss.” 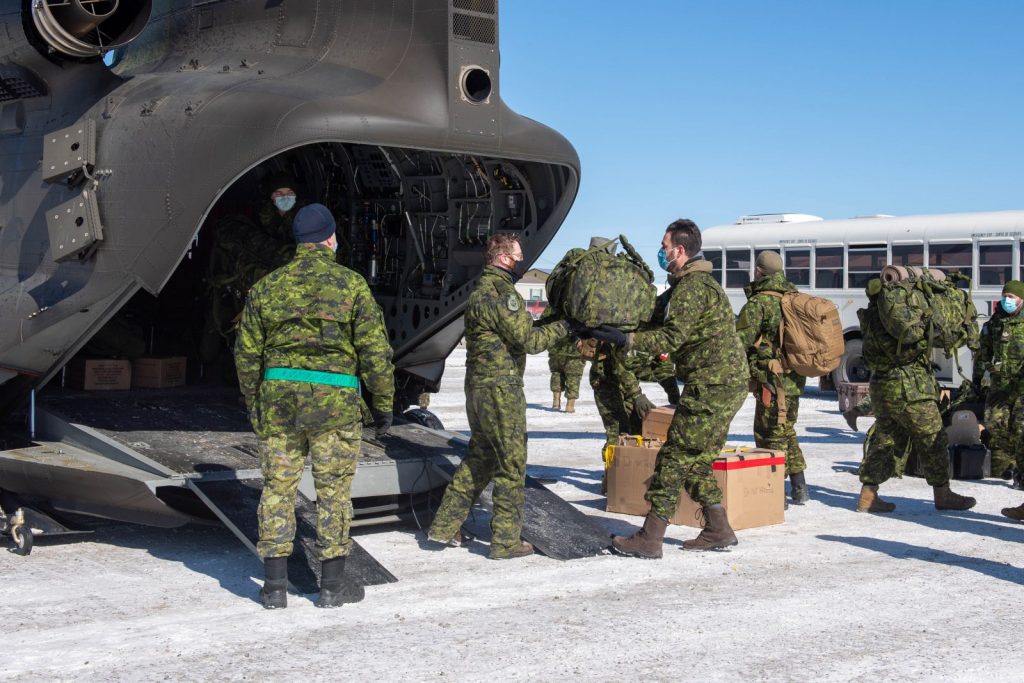 Third Canadian Division’s Immediate Response Units and Territorial Battalion Groups are normally on short notice to move. But the past 12 months have seen both on a heightened readiness posture to support Operation Laser (pandemic assistance) and Operation Vector (vaccine distribution) across western Canada.

“I’ve got forces, Regular and Reserve on contract, ready to respond across the spectrum,” said BGen Bill Fletcher, the division commander.

Since the late fall, members from the 2nd Battalion, Princess Patricia’s Canadian Light Infantry (2 PPCLI) based in Shilo, Man., and members from the 1st and 4th Canadian Ranger Patrol Groups (CRPG), supported by medical personnel from 1 Health Services Group, have been responding to COVID outbreaks and provincial calls for assistance in remote northern communities.

“We have worked everything from support to long-term care homes, to chopping wood, distributing food, wellness checks in the community, assistance with contact tracing, and assistance with emergency management planning,” he said. “Planning and execution, and setting up all the architecture to do that, is second nature to the Army.”

Most deployments have been small, between four and 40 personnel, “but I think it has been tremendously appreciated when we show up,” he added. “It has been very rewarding for our soldiers … because they get to see a result.”

41 Canadian Brigade Group (CBG) in Alberta, 38 CBG in Manitoba and 39 CBG in British Columbia have assisted with COVID testing logistic support at border points, provided planning and contracting expertise to provincial organizations, and are positioned to support vaccine distribution in northern communities as required.