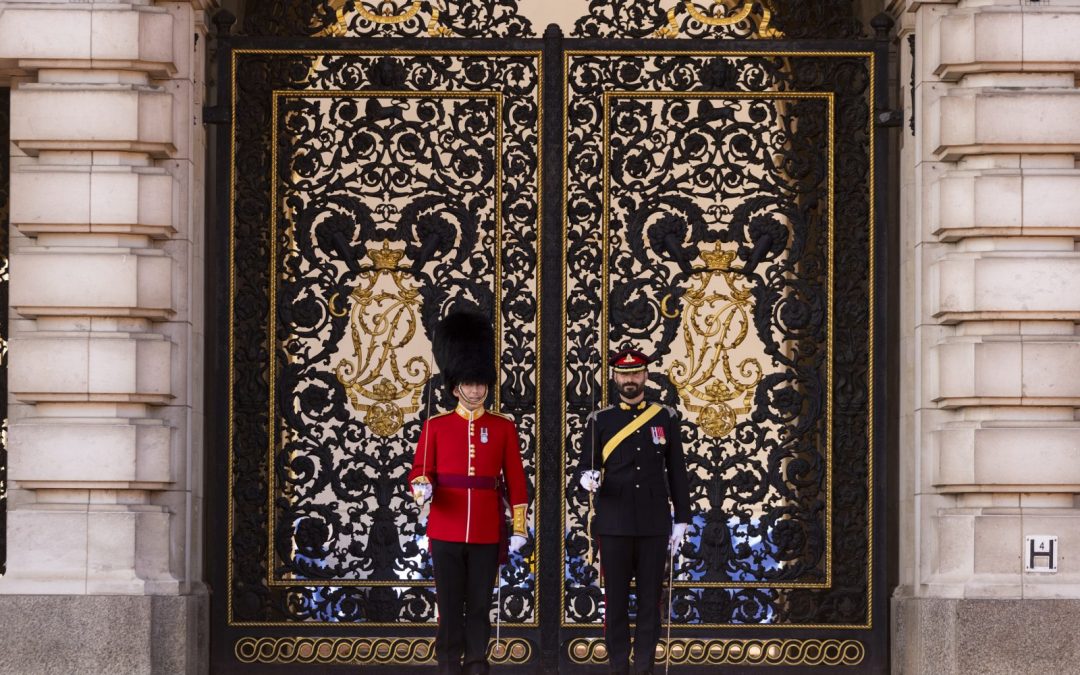 Surreal. That’s the word that Major Michael Crosier reaches for to describe the feeling of marching into the grounds of Buckingham Palace for the very first time on Oct. 4 at the head of a contingent from The Royal Regiment of Canadian Artillery serving as the Queen’s Guard.

A completely understandable reaction. After all, it’s not every day that you get to participate in a ceremony that has taken place for more than three centuries and annually draws tens of thousands of tourists to witness it – the changing of the guard.

“This tasking has been on the RCA’s radar for quite a while,” said Crosier, whose normal job is commanding a battery of 1 RCHA at Canadian Forces Base Shilo, Man. “I heard about it two years ago and immediately volunteered for this.”

The regiment received the go-ahead in the spring of this year and dates were firmed up to coincide with the actual anniversary of the regiment’s founding on Oct. 20. Although the job fell to 1 RCHA, as the senior regiment, the contingent also included members of 2 RCHA from Petawawa, Ont., 5e Régiment d’artillerie légère du Canada from Valcartier, Que., and the 4th Air Defence Regiment and the Royal Canadian Artillery School in Gagetown, N.B, making what is formally referred to as the Royal Regiment of Canadian Artillery United Kingdom Public Duties Contingent truly representative of the RCA.

Given the time requirement to get ready, putting together the 90 strong Queen’s guard, even with help from other units, was a “big pull” on 1 RCHA, he said. 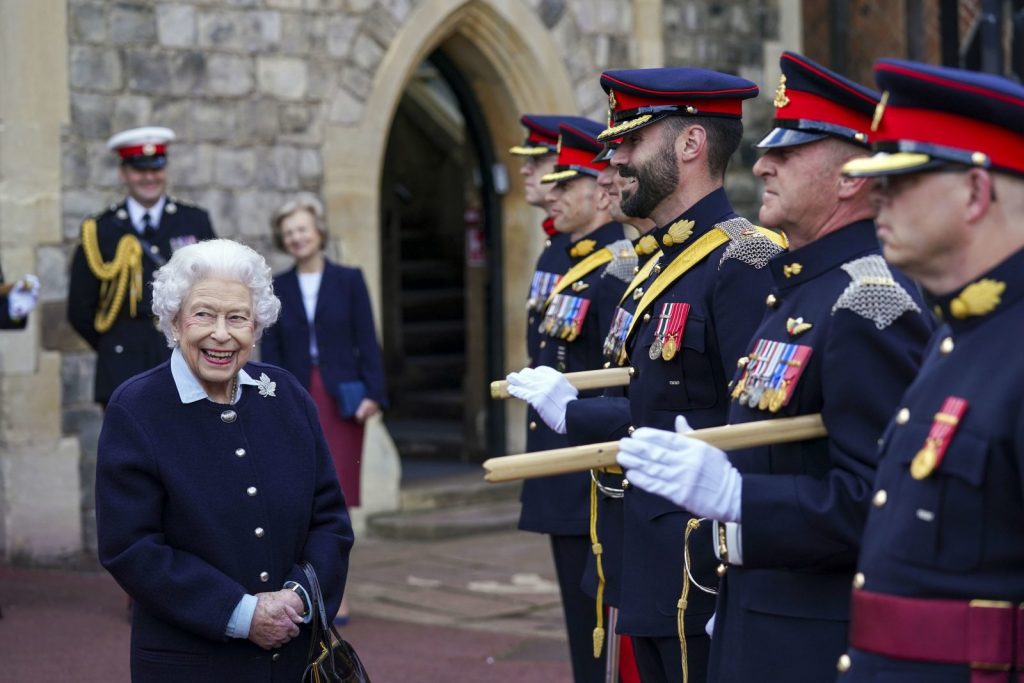 Those who have watched the changing of the guard, strictly known as the guard mounting, might be surprised by how time-consuming the process is. The 130-person Canadian contingent (the 90 members of the Queen’s guard, plus the 36 members of the Royal Canadian Artillery Band and support staff) were quartered at Woolwich Barracks in southeast London, a location with a longstanding artillery connection.

“We [left] just after 5 am, headed for Wellington Barracks, which is near Buckingham Palace,” Crosier explained. London traffic is “crazy,” so the trip took some time. Once at Wellington Barracks, they had breakfast, then changed into the smart blue patrol uniforms they wear for the actual mounting. “Then we did a rehearsal and started to form up just after 10 o’clock.” From there they marched to Buckingham Palace behind the band.

“The actual ceremony,” Crosier said, “takes about an hour to complete.” They then marched to St. James’s Palace, where they also relieved the guard, “usually around 12 o’clock.”

As part of their duties, they also mounted the guard at Windsor Castle and performed the ceremony of the keys at the Tower of London. Their public duties wrapped up on Oct. 22.

The Canadian gunners have attracted public interest and media attention, including a picture of Major Crosier on the front pages of the Times of London. They also met the Queen, in her capacity as Captain General of The Royal Regiment of Canadian Artillery.

“It was incredible,” said Crosier. Mounting the guard “has absolutely been an honour and a privilege. We are the Queen’s guard and that’s not something a lot of people in the Canadian Armed Forces can say.”