Can you print that? 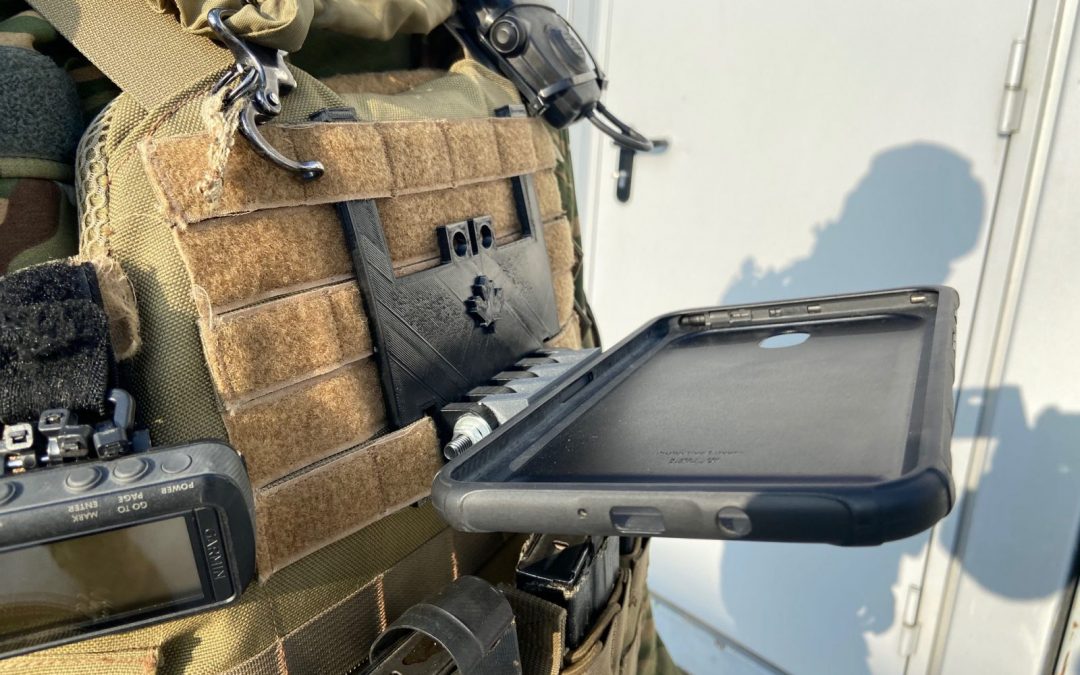 Last September, two 3D polymer printers were among the equipment airlifted into Latvia for rotation 20-02 of Operation Reassurance. Army units have been experimenting with additive manufacturing (AM) since at least 2014, but the deployment to support the Canadian-led enhanced Forward Presence battle group was the first time the technology has been tested on operations.

The trial was modest, initially. The first product printed was a knob for crypto radios that otherwise would not have been serviceable. By the next rotation, 3D printers had been forward deployed with the battle group, been used to make spare parts and other customized equipment, and were helping sustain a Spanish Army Sapper Battalion reconnaissance unmanned ground vehicle. And the cadre of technicians in theatre able to operate the printers had grown exponentially.

The exact role of AM in the Army is still being defined. There is no formal trade or training program. But in an organization encouraging grassroots ideas for digitization and the adoption of emerging technologies, the proponents of 3D printing could be exemplars for how that happens.

“A small part to print can have a large impact on the serviceability of equipment,” noted Major Jason Dalziel, a Royal Canadian Electrical and Mechanical Engineer officer and the program leader for the Manufacturing Components and Electronics Program at 202 Workshop Depot in Montreal.

202 Workshop Depot (WD) is a blend of civilian and military expertise under Director General Land Equipment Program Management and Assistant Deputy Minister (Materiel) providing third- and fourth-line repair, overhaul, engineering and modification services to Army and common equipment. Think of everything from the heaviest combat vehicles and guns to the smallest electrical components.

The first experiments with 3D printers began about seven years ago, exploring prototyping of plastic parts and tools before they were made in a metal shop. Various maintenance units across the Army saw the value of the technology and have made small investments. But it has been ad hoc.

More recently, 202 WD acquired a number of Ultimaker S5s for prototyping, low batch production, and tooling of parts and workshop jigs. As part of the planning for Exercise Maple Resolve in 2020, the depot intended to deploy two printers in a mobile workshop to field test the capability. When the exercise was cancelled due to Covid-19, discussions started with Major Jessica Ross, the commanding officer of the Technical Services Company within the National Support Element about to deploy to Latvia.

“She had the idea of taking a printer to show its utility in a deployed operation,” said Dalziel. “If you need to get a part that is not accessible in theatre, the lag time can be a lot longer. But with a 3D design file, you can print in theatre, trial it on the spot, modify it to make the design iteratively better with support from back home, and it solves an immediate issue.”

By December 2020, Canadian Joint Operations Command was convinced and made AM a standing task on Op Reassurance. While that was welcomed news for 202 WD, it presented a problem. How to train the next and subsequent cohorts? Working the printer isn’t difficult, but creating designs requires training and experience. The workshop delivered a Technical Assistance Visit, led by Lieutenant Sean Menezes, to develop a training package and conduct projects with the next rotation, including forward deploying with the battle group.

The various trials raised questions the Army is still mulling over. Where is a 3D printer most effective? Forward with the maintenance platoon? In the administrative company? Or with the service battalion? Or does it have a role with all three echelons and others?

The challenge now is to formalize a community of early adopters that until recently has been widely dispersed. 202 WD set up a SharePoint site to collaborate with the team in Latvia and has extended that to others across the Army. “Building the community is just as important as adopting the technology,” Dalziel stressed. “We need to think about how we build expertise that can address technical challenges. If we can harness it, we’ll have a collective benefit for everybody. Every time somebody creates a design that is useful, it can be multiplied many times.”

Additive manufacturing may not fundamentally change how 202 WD and Army maintenance units operate, “but it will make us a little more agile and put some resilience into our structure,” he said. “In the future we are going to be much more dispersed, with shorter lines of communication, and we are going to have to be more adaptive and self-reliant. That implies we need these sorts of technologies that build resilience into the supply chain.”