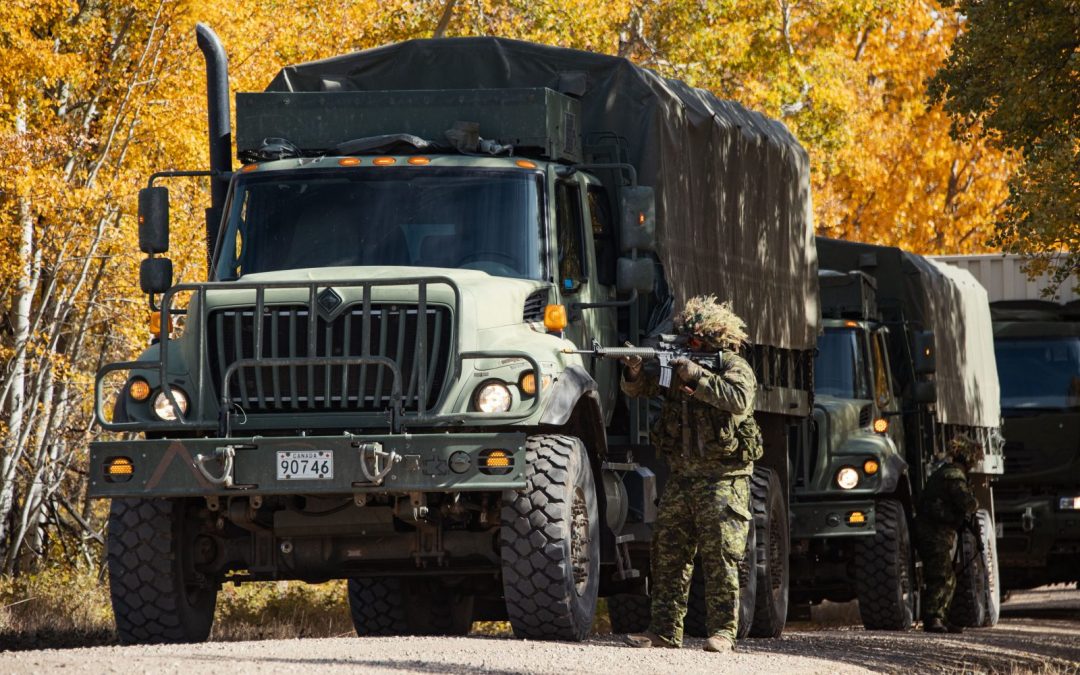 After a timeline beset by fits and starts, the Logistics Vehicle Modernization (LVM) project achieved a key milestone on Dec. 9, with the release of a request for proposals (RFP) to industry.

Originally scheduled for “late summer 2021,” the RFP was set back to allow for a series of industry engagements to refine the solicitation documents, said Major Tyrone Duncan, the LVM project director. “Public Services and Procurement Canada received a lot of feedback from our qualified suppliers (companies that successfully passed an earlier invitation to qualify process) … which told us whether [our requirements] were achievable.”

The light vehicles will serve in a variety of roles, from command post to field workshop and ambulance. The heavy trucks will include up to 22 vehicles capable of hauling 72,000 pounds, the equivalent of a main battle tank on a trailer.

The overall budget ranges from $1 billion to $5 billion, with a fixed budget cost cap applied to the acquisition of the trucks as well as trailers, modules and ancillaries. “We have come up with 19 possible bands,” said Duncan, each of which represents possible “mixes of vehicles and equipment.”

The topmost band would represent the Army’s ideal mix of vehicles and capabilities, with each lower band representing a different, but still desirable, mix. The question will be what band a supplier can hit within the fixed amount. Bidders will receive “more points the closer they get to the topmost bands,” he said.

Over the past 18 months, however, several have formed new partnerships to pursue the project. Daimler withdrew in September 2020 and announced that it was partnering with GDLS-Canada and Marshall Canada. A year later, on Oct. 6, 2021, Navistar Defense formed a joint endeavour with Rheinmetall they are calling Team 45⁰N.

Now that the RFP has been issued, “there’s an expectation that bid evaluation would take place six to nine months after its release,” said Duncan. Contract award is expected by the end of 2022 or in 2023 and delivery of the first trucks is anticipated in 2025 or 2026.

The slight delay caused by the additional industry engagement has been worth it, said Duncan, helping to identify any unachievable requirements. “We don’t want to find out after the RFP is released.” The project is now looking forward to receiving bids, he said, and getting the much-needed trucks into service.