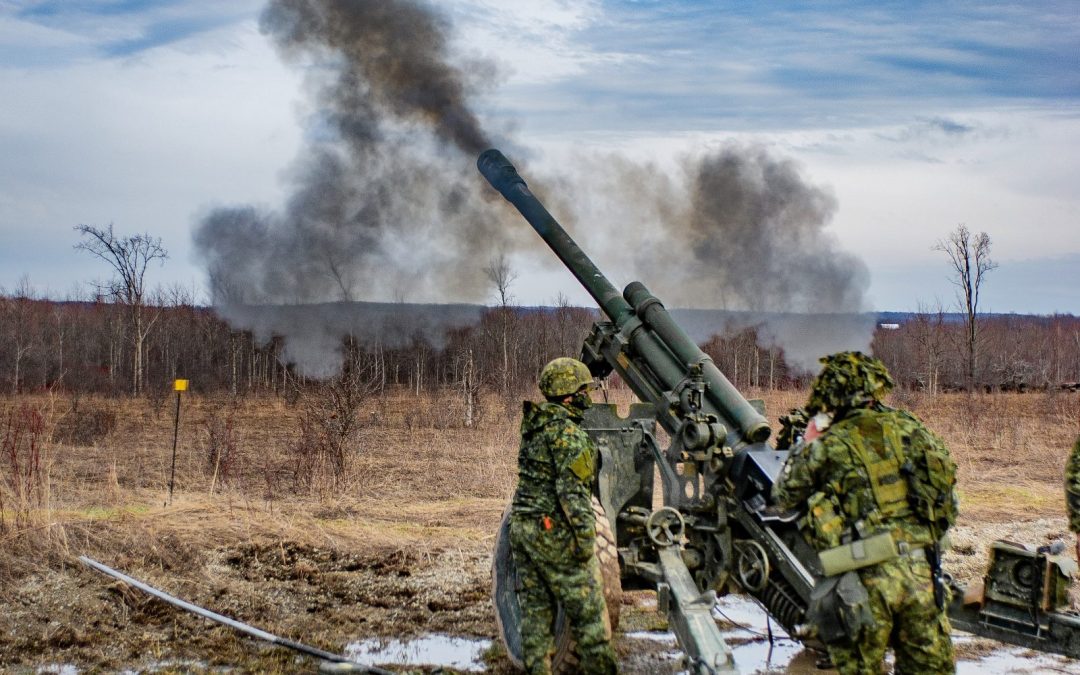 Starting on April 1, keen-eyed observers of Army uniforms would have noticed something new on the left sleeve of gunners’ CADPAT: a largish square patch, measuring roughly 10×10 cm featuring the distinctive field gun of the Royal Canadian Artillery, the figure 150 and one of the regiment’s mottos, “Ubique” (everywhere), displayed prominently.

On October 20, 1871, the government of the Dominion of Canada authorized the creation of two batteries of artillery, one in Kingston and the other in Quebec, to aid in the defence of Canada and to provide “practical schools of gunnery” for members of the Canadian militia. Those two units are today A and B batteries of the 1st Regiment, Royal Canadian Horse Artillery (RCHA), and in some ways the ancestors of today’s modern Canadian Army.

The patch, which members of the regiment may wear until December 4 – the day dedicated to St. Barbara, patron saint of gunners – is just one of a number of ways the regiment plans to celebrate the historic 150th birthday.

Such anniversaries are commonly marked by parades, concerts and so forth. Unfortunately, because it looks as if COVID-19 will be with us for much of the sesquicentennial year, many of the commemorations will take the form of what Major Trevor Michelsen, regimental major of the Royal Regiment of Canadian Artillery, calls “non-traditional celebrations.”

The regiment has created a web hub, rca-arc.org/heritage/ubique-150, to connect members of the regimental family – serving and former gunners, Regular and Reserve – and to keep them informed of events marking the celebration. The regimental museum at CFB Shilo (en.rcamuseum.com) has also been busy creating virtual museum displays featuring photos and artifacts to showcase the regiment’s long and honourable history. 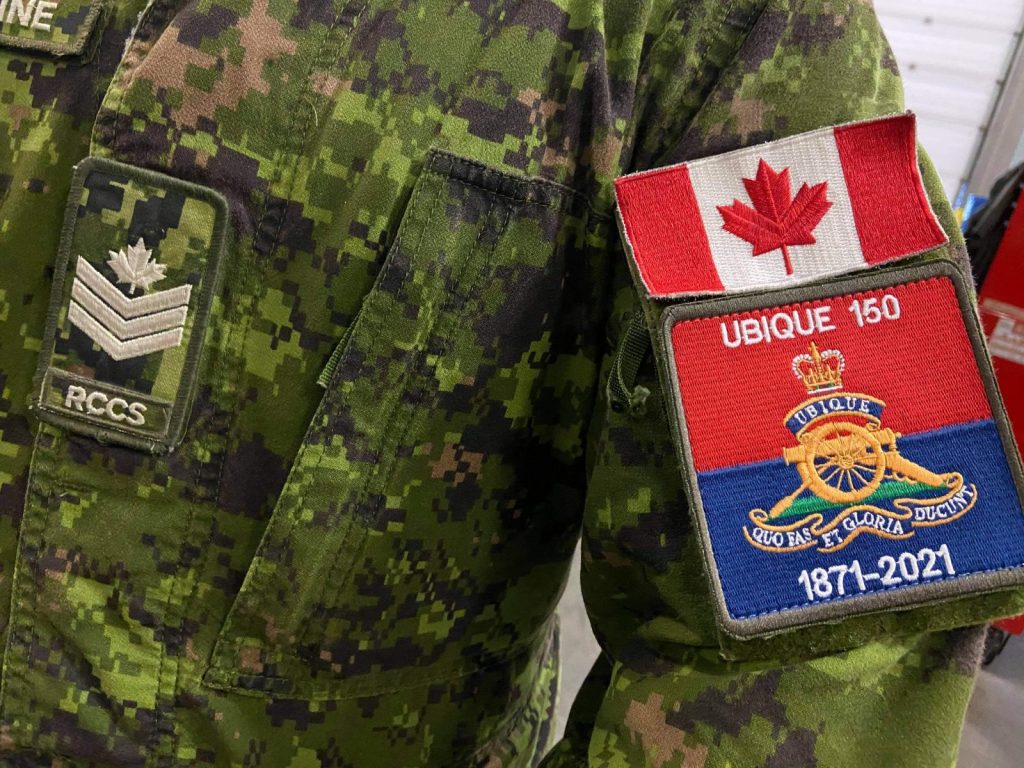 A number of freedom-of-the-city events have been planned, particularly in Quebec, where there are plans for Montreal, Quebec City, Shawinigan and other towns to grant the regiment the distinction. “Some of those have been turned into virtual events, where the commanding officer will meet online with municipal officials and have a conversation about the regiment,” said Michelsen.

In Manitoba, Major Jonathan Evans, who has been acting as the lead planner on the Ubique 150 celebrations since September 2020, hopes to play the Kingston Cup, a hockey duke-out between A and B batteries held each St. Barbara’s Day that traces its origins back to the 1930s, “before a larger audience in the arena in nearby Brandon, Manitoba.”

Though details have yet to be finalized, members of 1 RCHA will also be mounting the guard at Buckingham Palace this fall. “It’s been a long time coming,” said Evans, “and we just recently signed off dates on the 1 RCHA coming in for public duties. [There are] placeholder dates between September 20 and October 30.” With any luck, that should see members of the regiment guarding the palace on the date of the regiment’s founding.