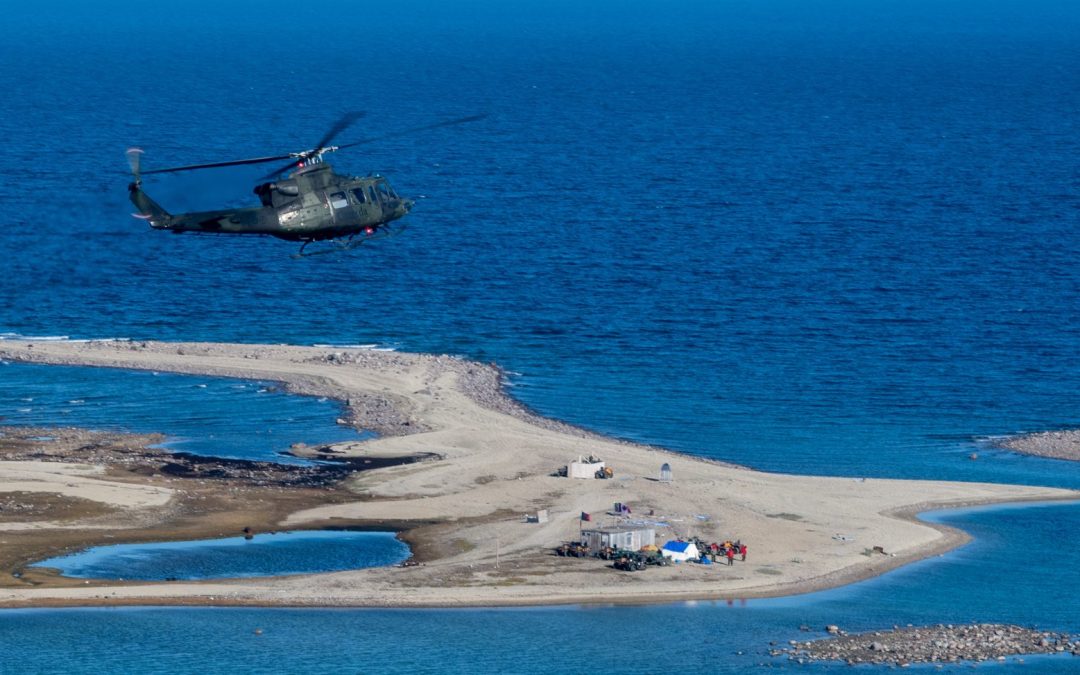 The Grey and Simcoe Foresters (G&SF), an Army Reserve unit headquartered in Barrie, Ontario, recently led a Joint Task Force (JTF) of over 150 Canadian Armed Forces (CAF) members made up of Army and Air Force assets and personnel.

Operation Nanook-Nunakput was conducted over the latter half of August in the Cambridge Bay, Nunavut area. The operation enabled CAF elements to conduct presence activities in the Arctic, as well as foster stronger interoperability with northern partners, all while keeping an eye on shipping in the strategic Northwest Passage.

“This was truly a unique mission for a Reserve regiment,” said Lieutenant-Colonel David Meehan, JTF commander and commanding officer of the G&SF. “It really put our organization to the test, and our soldiers were up to the challenge.” 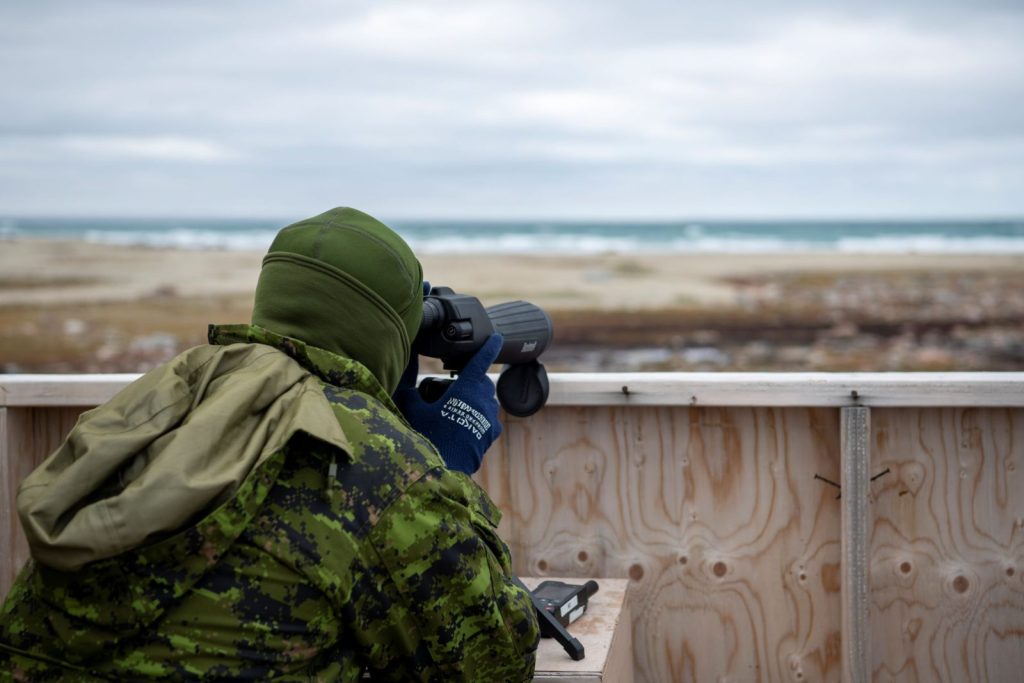 The G&SF is no stranger to Arctic operations. As the unit with the Canadian Army Mission Task of maintaining and further developing the ARCG and associated capabilities, they have become experts in operating in harsh climates and conducting rapid response missions. During the pandemic of 2020, the unit stood up the ARCG in a matter of hours and deployed it forward to CFB Borden for an emergency deployment that, thankfully, wasn’t required in the end.

“That’s what the ARCG does,” said Meehan. “We train year-round for various contingencies, which all have a common element: The ability to move, communicate and survive in the extreme environments found in the farthest northern areas of Canada, and do so safely and effectively.”

Royal Canadian Air Force (RCAF) aircraft transported the ARCG across inhospitable terrain to distant observation posts, while Canadian Rangers, the specialized Canadian Army Reservists and cold weather operations experts, escorted and guided them on the ground. “This was a team effort. The operation wasn’t possible without our partners from the RCAF, who deployed several airframes and crews to the operation, and transported troops and materiel across vast distances in extremely challenging weather conditions.”

The land component of the operation built on the Foresters’ existing operational expertise, while working alongside the 1st Canadian Ranger Patrol Group, other government agencies, and local community partners. “The Rangers were especially critical to mission success,” said Meehan. “They’re the local experts on navigation and survival up there, and we work extremely closely with them. Their guidance and mentorship are vital.”

The headquarters was also lucky to have welcoming hosts from the local community, and partners from other government organizations. “The Canadian High Arctic Research Station was imperative to our operation,” he said. “They have local knowledge and resources we just couldn’t have found elsewhere. They were also great hosts, opening their doors to well over a hundred CAF members conducting round the clock operations. 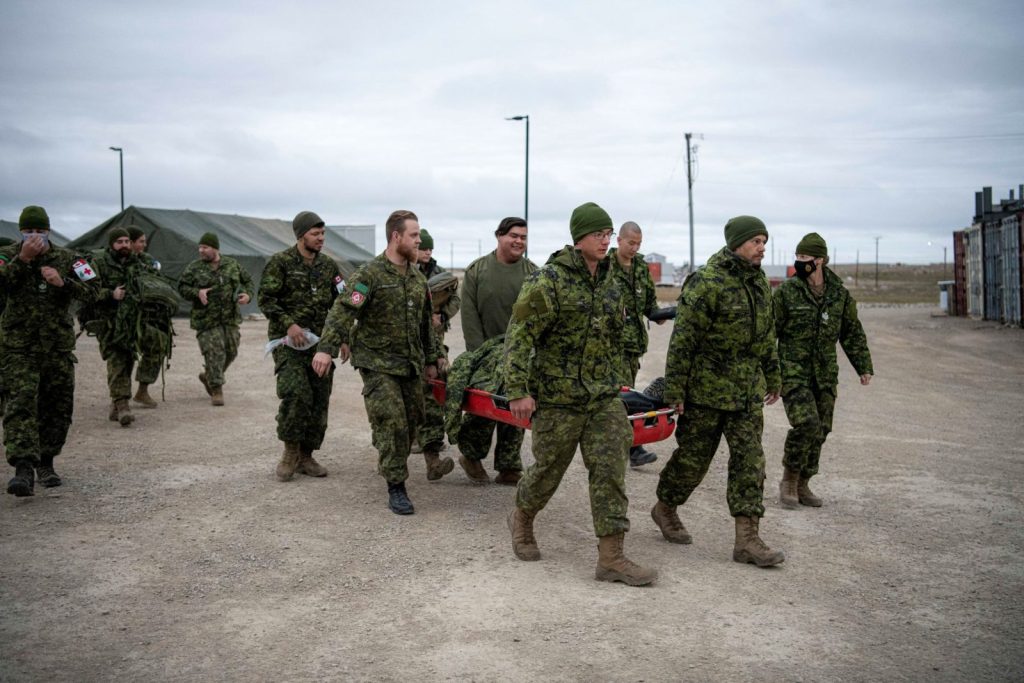 Over the course of several weeks, the Land Task Force set up observation posts along the Northwest Passage to conduct surveillance of shipping in the vital Canadian waterway and reinforced the CAF presence in the North.

This was something new to the troops of the ARCG. “They’re used to operating in the Arctic during winter months, but the mission we were conducting was one that could only be achieved in the summer, when the sea lanes were opened by melting ice,” explained Meehan. “We’re usually up there in the winter, living and operating on the ice in extreme conditions, so it was a bit of a change utilizing ATVs instead of snowmobiles, and in a bit better weather.”

The fact that the ARCG was able to adapt its force employment model to fit this new surveillance task – during the summer when most Reservists are off on training courses across Canada – and do so effectively, proves the concept behind the mission task, according to Meehan. “From the very beginning, we had dozens of our soldiers put their hands up volunteering for the operation. That really reflects on their dedication to this specialized role, and to their readiness to deploy anywhere, on short notice.”