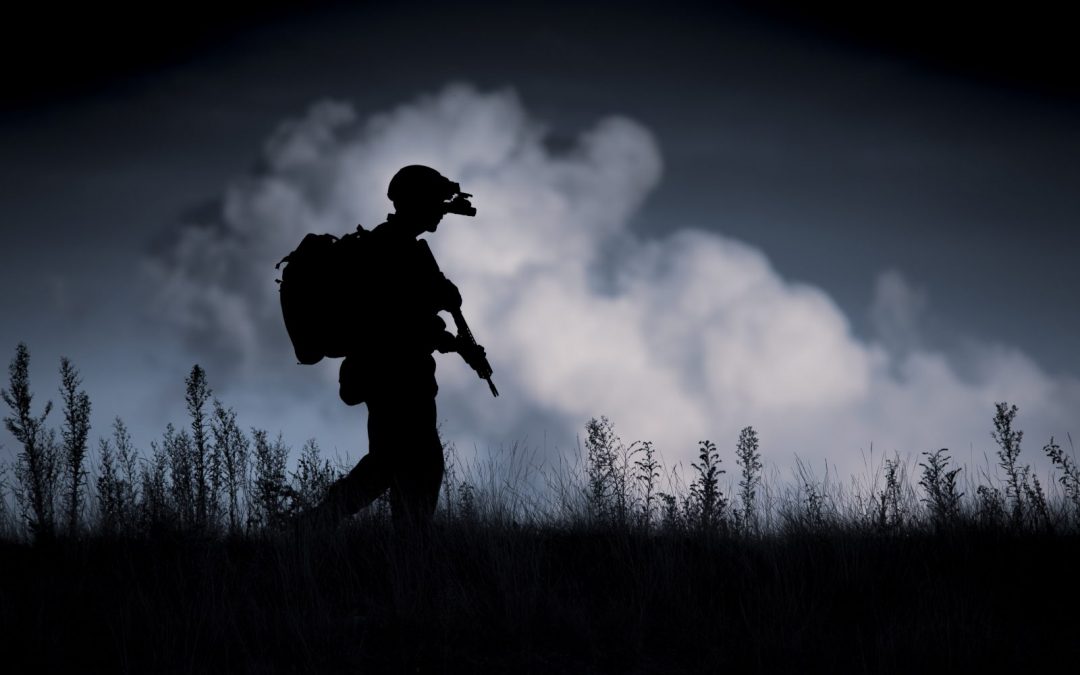 It isn’t often an infantry soldier gets to help test kit so vital to their craft way before it’s available for training or use on the battlefield. A program spearheaded by Defence Research Development Canada (DRDC), and supported by Canadian Army Reserve soldiers from the Royal Highland Fusiliers of Canada (RHFC), looks to buck that trend.

Over a week in September 2021, several members of a DRDC research team working on advanced night optics held a series of live-fire ranges at Canadian Forces Base Borden, Ont., to support an important future systems program for the entire Canadian Armed Forces (CAF) and, by extension, Advancing with Purpose: The Canadian Army Modernization Strategy. The strategy aims to, in effect, prepare the Army to participate in the evolving missions of the second quarter of the 21st century and beyond. It will “recapitalize land combat capabilities [including] soldier night vision systems, … investing in a broad suite of new, higher technology equipment in a relatively short period of time.”

DRDC plays a critical role in this effort. “The [Army] is moving forward with modernization efforts to ensure that soldiers, sailors, and aviators are equipped with the tools they need to perform their duties,” said Mike Tombu, a DRDC senior scientist. “As part of this effort, DRDC is providing science and technology support by evaluating future capabilities to identify the ones that will result in the greatest improvement in soldier performance.”

One such capability is enhanced night vision for all branches of the CAF. “The trial we are working on is the Future Vision Enhancement Systems (FVES) field trial,” said Tombu, DRDC project lead for FVES. “The main trial will take place in the spring of 2022 at CFB Gagetown, with a secondary trial focused on urban operations taking place in the summer of 2022.”

The project is testing “advanced capabilities for night vision goggles and laser aiming devices,” he explained. “The activities being conducted are aimed at modernizing both night vision and thermal imaging capabilities within the larger Surveillance, Target Acquisition, and Observation (STANO) program. The end result will see five upgraded STANO capabilities and two new ones.”

The potential benefits to the average soldier, and the Army writ large, are obvious. “In the future these investments will translate into advanced night vision equipment that will allow soldiers, sailors and aviators to operate in low-light conditions more effectively,” he said. 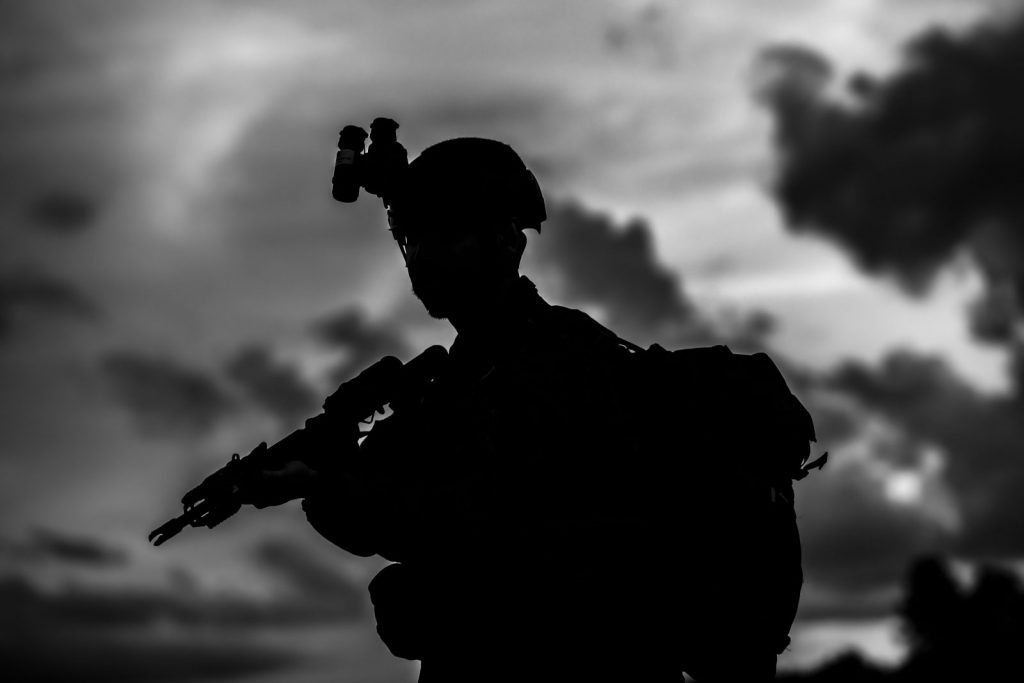 A stylized photo of a RHFC member during optic trials at Canadian Forces Base Borden in September 2021. Photo: Pte Marco Tijam

Before core trials can begin, an advanced and complex program like FVES needs to flesh out lower-level issues ahead of the later testing stages. “In the lead up to the main trial, critical field pilot tests are required,” said Tombu. CFB Borden was selected as a practical location, with proximity to DRDC labs in Toronto and access to Army soldiers from surrounding Reserve units.

The project required infantry soldiers to act as shooters and handlers of advanced systems, which in turn offered a great opportunity for a lucky few Reservists. “The RHFC provided direct support to this DRDC research project on two separate occasions, the first being in June, and the second in September,” said Lieutenant-Colonel Shawn Dumbreck, commanding officer of the RHFC, based in the Waterloo Region, a hotbed of the Canadian tech sector. “Specifically, members of the RHFC provided a range safety officer, general duties personnel, and soldiers who trialed the various weapons, aiming devices, and night vision equipment. They also provided the perspective of subject matter experts in infantry tactics.”

The experience and perspective of soldiers was a welcomed and important piece of the pilot program, according to Tombu. “DRDC and the Canadian Army Trials and Evaluation Unit (CATEU) are conducting the trial on behalf of Director Land Requirements (DLR) 5 and Director Naval Requirements (DNR) 3,” he explained. “4th Canadian Division is providing range support to field activities as well as the participants for the trial.”

The RHFC, a unit based not far from Borden, with experienced soldiers who could commit time during the primary training periods – namely in the dark – was selected for the project. “The RHFC and 31 Canadian Brigade Group earlier provided excellent support to pilot testing at CFB Gagetown over the summer, and the later pilot that included laser aiming device field work in September at Borden,” he noted.

The soldiers taking part were excited to try out the advanced kit. “This was definitely a career highlight for me,” said Master Corporal Eric Kassabian, a Section second-in-command with RHFC. “It was very cool to hold and test these high-tech systems, and it was even more fun to get to use them in a direct, live-fire shoot.”

The leap in technology can be left to your collective imagination. “It was actually kind of like a Star Wars experience,” he said, indicating that the capabilities of the new systems definitely provided a “wow factor.”

That soldier-level insight is key to the project and built into the pilot trials. “As a scientist, I can design a great experiment, but unless it’s relevant to what soldiers are actually required to do, it’s going to be ineffective,” said Tombu. “Our partnership with the Army and Army Reserve gives us access to subject matter experts who can ensure that the questions we are asking and the tasks we are using to assess performance are relevant to the dismounted infantry context. This is critical to our ability to provide good advice to our military partners.”

For the RHFC soldiers, taking part in this project was a once-in-a-lifetime opportunity. “As members of the CAF, we are often called upon to work with other departments in order to address complex security issues,” said Dumbreck. “In this particular case, the opportunity to have members of the RHFC directly support important research into future soldier systems provided an excellent opportunity for us to see the significant efforts put into developing the kit they need, and to address the challenges that future conflicts will present.”

The feeling is mutual, according to Tombu. “As a civilian organization within DND, DRDC does not have the ability to conduct large-scale field trials of this kind on our own. We rely on the Army to provide range, operations and logistics support, soldier participants and subject matter expertise on dismounted operations. The RHFC really stepped up to fill this gap.”

Dumbreck was happy to oblige. “I would imagine that each Fusilier on this task appreciated the fact that their individual experiences and expertise was consulted during the evaluation process, providing meaningful input that will help shape the Canadian Army of the future,” he said. “To me, that is a level of contribution to the institution and profession of arms that not every soldier gets in their career.”