Royal Rumble: An exercise on the build to contingency operations for 1 RCR 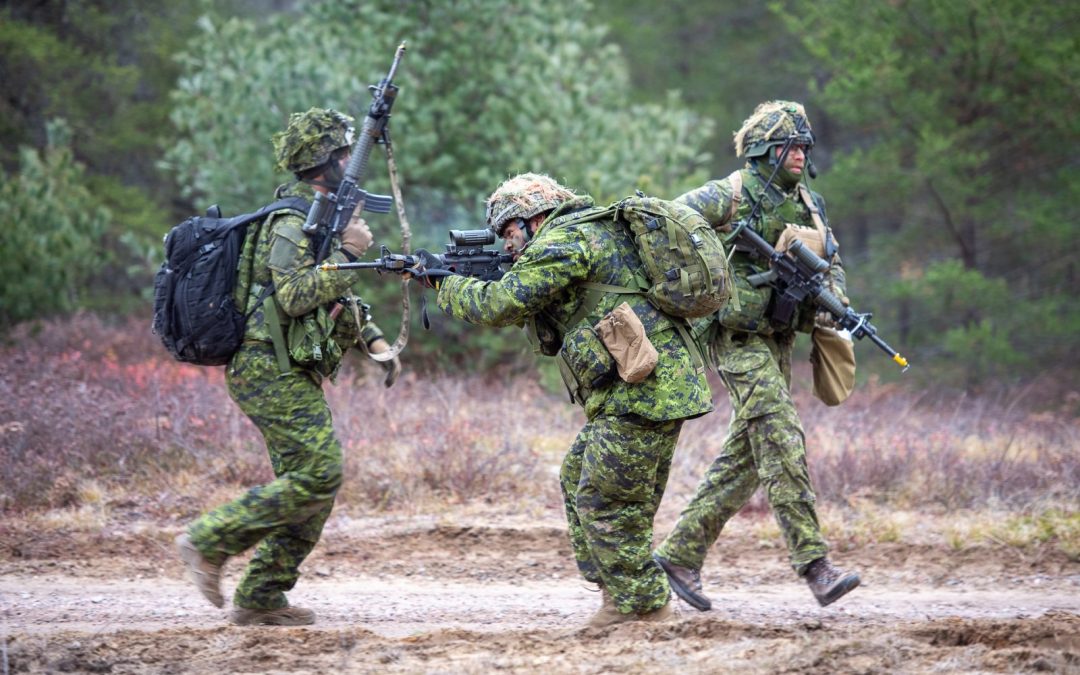 As exercises go, Royal Rumble is just another stepping-stone on the path to validation for the 1st Battalion, The Royal Canadian Regiment (1 RCR). But when the battalion and other units of 2 Canadian Mechanized Brigade Group (2 CMBG) and 4th Canadian Division gathered in the training area of Canadian Forces Base Petawawa, Ont., in mid November, it marked the first opportunity to integrate with the Reserve units that will support their eventual global deployments.

Like the rest of 2 CBMG, 1 RCR is in the build phase of the Army’s readiness plan, a year-long training process that will culminate at Exercise Maple Resolve in May 2022 and confirm the battalion and the entire brigade and enabling units ready to respond to contingencies at home and abroad.

“Royal Rumble is a unit level exercise that affords us the opportunity to have a large degree of integration,” said Lieutenant-Colonel John Summerfield, 1 RCR’s commanding officer, in an interview prior to the exercise.

After a 12-month period in which members of the battalion were on operations in Latvia, Ukraine, Kuwait and elsewhere under the Army’s committed phase, much of the focus has been on reconstituting capabilities and conducting individual and unit-specific training at the platoon and company level.

A progressive build of training events within 2 CMBG now means “we are at the point where we really start to add on layers of complexity with regards to integration, both within the brigade itself and then from external [units],” he said.

Among the external participants, members of at least 10 affiliated Reserve units combined to form a dismounted company to work within the 1 RCR battle group over the final weekend of the exercise. “They are given tactical tasks in conjunction with our own offensive and defensive tasks that augment and really play to their expertise within a mechanized force,” said Summerfield.

The exercise was conducted under a revised scenario drawn from the Decisive Action Training Environment (DATE), the Canadian Army Simulation Centre’s exercise building tool. Where previous exercises over the past three years have involved a fictitious conflict in a region resembling the Caucuses, the new version of DATE is based in eastern Europe and draws extensively from experiences of the enhanced Forward Presence battle group in Latvia, an operation familiar to many in the battalion.

The near-peer conflict scenario will provide the backdrop for all other exercises during the build phase over the next nine months, including the Unified Resolve series and Maple Resolve.

Employing three companies, 1 RCR’s objectives in Royal Rumble were to focus not only on offensive and defensive operations, but also on the integration of enablers such as artillery, engineers and unmanned aerial reconnaissance. Summerfield also wanted to challenge resupply at the unit and inter-unit level and test the battalion’s command and control abilities.

“Layered on all of that is the complexity of the Reserve integration, where we are working with a company that is non-mechanized,” he said. “It’s a good challenge for us to try to integrate and to synchronize all of these different activities. And it’s a challenge for our battalion command and control throughout the exercise.” 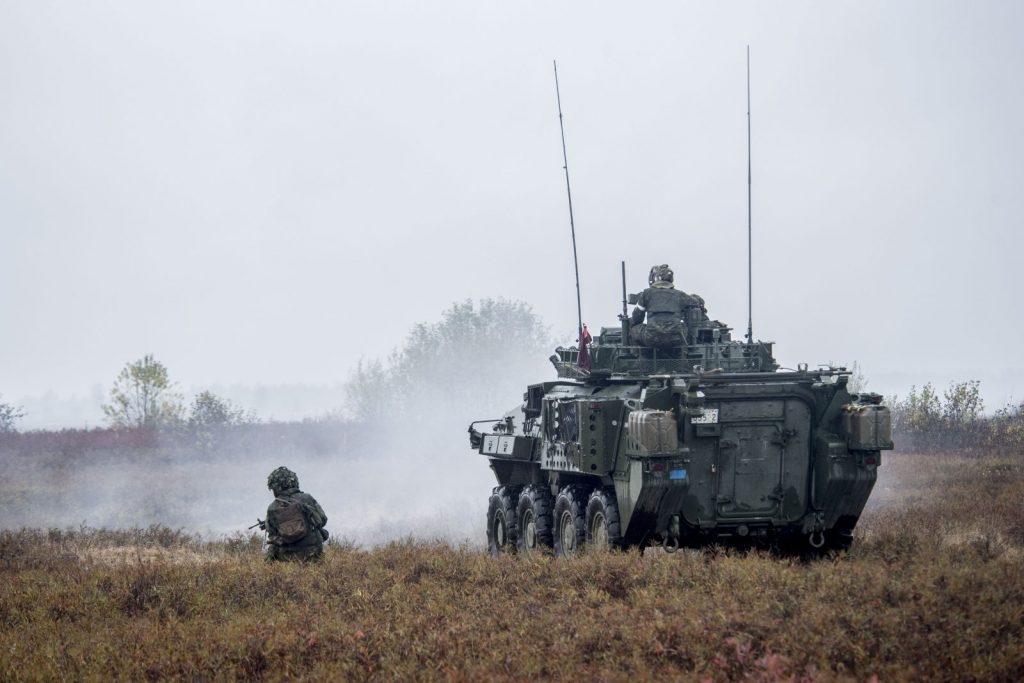 In an address to the Kingston Conference on International Security in late October, General Wayne Eyre, Acting Chief of the Defence Staff and formerly the commander of the Army, noted the “far-reaching effects” of the Covid-19 pandemic on the military’s strength and readiness, including the impact on training.

“Through it all we have demonstrated, emphatically, that it is possible to train responsibly and effectively despite the challenges posed by Covid-19,” he said. “However, there is no denying the unfortunate truth: a training backlog still exists.”

Like much of the Army in 2020, 1 RCR saw its individual and collective exercises curtailed, and even paused, but the pandemic impact has not been as significant in the battalion as in other units, Summerfield said. “We do not have a backlog of soldiers [waiting for training]. We are where we should be for soldiers. The challenges we have within the unit are synchronizing individual training and collective training and how we can accomplish both.”

To have a LAV 6.0 in a collective exercise, the driver, gunner and crew commander all require the necessary individual and crew qualifications, he noted. “For us it is synchronizing our individual courses with our collective training mandate to be able to achieve the Army’s desired output, which is the 1st Battalion being ready in the summer of 2022 for any contingency operations.”

In the fall of 2020 and the winter and spring of 2021, many collective exercises were scaled back to respect provincial health protocols and guidelines. That wasn’t the case for Royal Rumble. “We are still exercising with three companies,” said Summerfield. “In fact, this is a larger exercise then we are typically able to do because of the work we have been doing to build our relationships with our Army Reserve partners.”

The transition from conducting committed operations in Eastern Europe and the Middle East over the past 12 months, to building back up to deployment in 2022 doesn’t allow much time for rest and reconstitution. But 1 RCR personnel recently home from those operations “have come back with a plethora of experience that can be shared with those that did not deploy,” he said.

“We have people with a lot of operational experience, and some who were devoted the previous year to more of a capacity building role, which means we have to refocus their efforts toward more of a conventional training environment … while [still managing] their personal tempo, their family tempo, and their reintegration into the unit itself, changing jobs and learning new skills.”

That will remain a constant challenge. Within days of Exercise Royal Rumble concluding, 1 RCR expects to receive orders to embark on Exercise Unified Resolve.