A Question of Culture 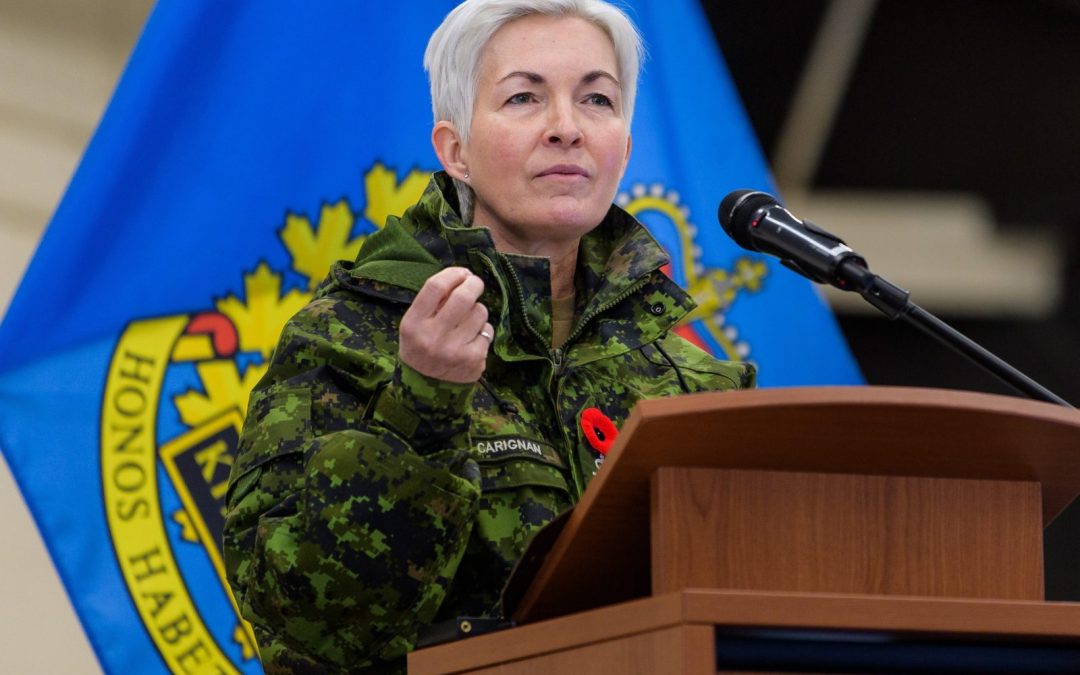 In the wake of a turbulent year characterized by multiple sexual misconduct allegations, the Canadian Armed Forces (CAF) is responding by implementing key changes to its core ethos — the values, beliefs and expectations that form the bedrock of this country’s military.

The revised blueprint, CAF Ethos: Trusted to Serve, has been in development since October 2020. At that time, the CAF’s Duty with Honour textbook was slated for updates and the Canadian Defence Academy commenced work on Trusted to Serve, its companion user manual. The new manual is scheduled to be digitally released to all CAF members this spring. According to Lieutenant-General Jennie Carignan, Chief, Professional Conduct and Culture, this approach will do more than just treat the symptoms of professional misconduct.

“It’s going to be a deliberate and holistic approach to the various systems that create a culture,” said Carignan, a senior Army engineer who commanded the NATO Mission in Iraq between 2019 and 2020. “There needs to be an outside/in as well as an inside/out approach to change culture.”

The outside/in perspective, she told Canadian Army Today, includes all military systems that create culture — how members are trained, retained, promoted and nominated to positions of command.

“The second piece is inside/out, and that pertains to each individual,” she continued. “We will work on this at the same time.”

Carignan said the plain-speak Trusted to Serve sums up “who we are and what we are about, both individually and as an organization.”

The new document will be a comprehensive guide for all CAF members, helping them reconnect regularly with inherent values, principles and professional expectations.

As soldiers move through their military careers, the document will provide examples of expected behaviours, Carignan explained. The document will explore the concept of character and the important role it plays alongside competence in a leadership context.

Carignan explored the concept of character even further: “Character is a key piece. It’s a change that we have included as part of our ethos, and it is as important as being competent. Character is what enables decision-making. It’s how you exercise judgment on a daily basis on sometimes very tough decisions.”

Specifically, desired leadership attributes will include the ability to foster an inclusive and psychologically safe work environment. Carignan said inclusivity and the ability to lead different people with diverse backgrounds and experiences will be “key to our future, because building a strong cohesive team is at the heart of an effective military.” 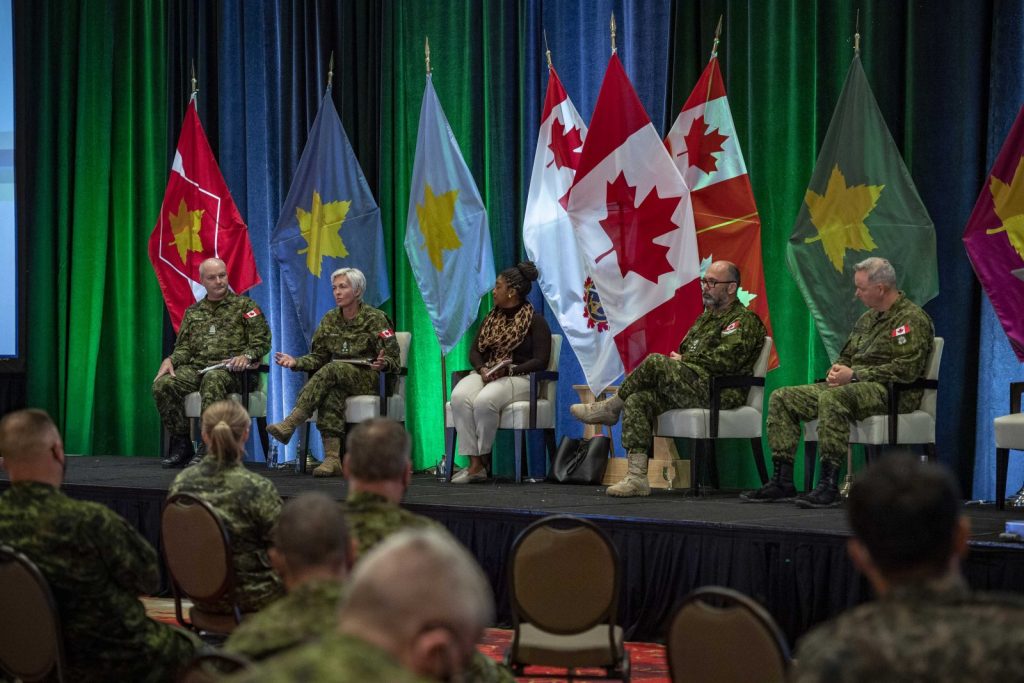 The CAF has adjusted its performance review system to include criteria for fostering inclusive behaviour. All leaders within the CAF and the public service will be evaluated in this area, said Carignan.

“As soon as you start assessing people in that space, you immediately develop inclusive behaviours. All leaders at all levels across Defence — all supervisors — need to evaluate their subordinates and vice versa. This will be done at all levels: Army, Navy, Air Force and Special Forces.”

When asked how success will be measured, Carignan said a framework is being developed that incorporates best practices and a mix of quantitative and qualitative data. “We are already doing that, for public accountability, in terms of annual reports on sexual misconduct. My intent would be to do that on an annual basis, [to see] where we are in terms of culture.”

She said the CAF is consulting with other allied military forces around the world to identify the best path forward, particularly when it comes to handling sexual misconduct allegations.

“We are going to the heart of what allows misconduct to happen . . . looking at the various processes but also doing the work with individual behaviour, to understand what allows people to misbehave. What creates an environment where people can get away with misbehaviours?”

As an example, the CAF is currently working on an exemption for its so-called “duty to report” for cases of sexual misconduct.

“Members of the military are currently obligated to report any type of misconduct or infractions,” explained Carignan. “This duty includes all forms of misconduct and infractions to make sure we address wrongdoings, or do not walk past unacceptable behaviours that may be harmful to the team, individuals or the mission. However, when dealing with sexual misconduct, this has impacted the way victims feel about coming forward and reporting. In other words, it has been identified as a barrier to reporting.

“We are developing a policy exemption but understand that we need to first modify the regulations. This can be a long process, as we first build the policy and then run it through the regulatory change process. But we are moving full speed ahead to make that exemption a reality.”

Carignan said the CAF’s revised ethos and the changes it will bring are different from past efforts to reform the military. It will involve consultations with various experts, both internal and external. Five advisory groups with the Department of National Defence will inform future policymaking.

“We want to understand our member experiences and this is what will be fundamentally different.”

A five-year horizon is being planned for sustained change. Carignan said culture is a continuous and deliberate effort and “it’s not something we will fix and then move on to something else.” Instead, she explained, the CAF is working to build the capacity and processes for “constant and continuous” culture monitoring.

Some pilot projects are already underway, at CFB Gagetown, for example, where a review is evaluating how instructors deliver training.

“We must match grass roots initiatives as well as top-down guidance,” she continued. “Culture belongs to all of us, so it’s important to do work across all services because they have ownership of culture change initiatives. At the strategic level here, we will look at the systemic processes that influence culture, such as how we recruit, retain and conduct succession planning. There is also an internal portion to people which is how they embody or live values on a daily basis. Trusted to Serve aims to clarify those concepts.”

Having the right culture will allow the CAF to be more effective in addressing complexities in the security environment of the future, she added.

“Just to be clear: Culture is not a ‘nice to have.’ It is the foundation of military and defence effectiveness. It’s about creating strong teams that can tackle very difficult situations, sometimes in a very hostile environment. It is not something that sits on its own, on the side. Culture is at the heart of everything we do.”

Lisa Gordon is a freelance writer for trade and association magazines in a variety of industries, including aerospace and defence. Contact her at mustangmediaservices.ca.