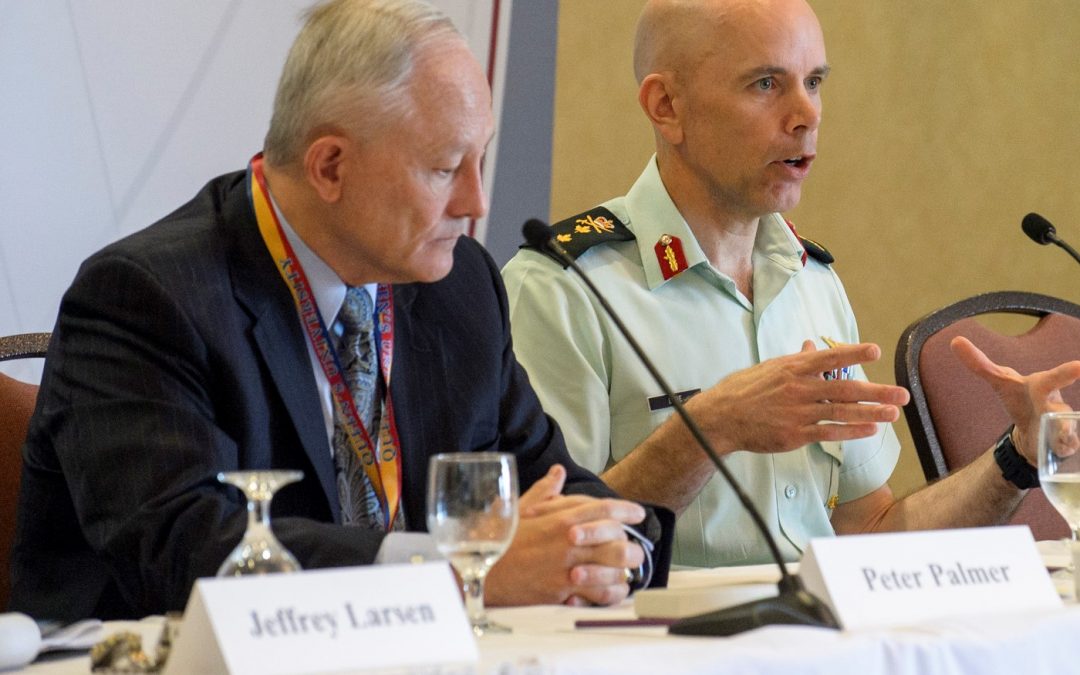 Despite the abundance of advanced technology available to the modern warfighter, warfare is still a human endeavour. And yet leaders have little empirical data about the soldiers they command.

New vehicles come with an operating manual and, increasingly, with onboard diagnostic software to measure system performance and the need for preventative maintenance or repair. The Mark I eyeball and common sense may tell a commander whether his or her troops are stressed, fatigued or incapacitated, but otherwise there are few ways to measure their combat effectiveness.

“We don’t ‘sensor’ (the human), so we don’t know how they operate,” lamented BGen (Ret’d) Peter Palmer in an opening presentation to the annual Kingston Conference on International Security this summer.

A 32-year veteran of the U.S. Army, with extensive experience in training and education, Palmer noted that most people do not fully develop their cognitive abilities until around the age of 30, meaning that many young soldiers may be placed in situations without the full capacity to respond effectively.

“We measure everyone to size 9,” said Palmer, principle of P2 Consulting Services and most recently director of General Dynamics EDGE Innovation Network. If the army had a “Brain 101 class” and the tools to understand a soldier’s cognitive function, a platoon leader might be better equipped to know who best to put on point and how to deploy the rest of the force. Like oil or fuel, “I want to know when their cognitive engine is low,” he said.

The lack of data about soldiers’ physical and cognitive performance in operational environments was a common refrain throughout the two-day conference, titled “Developing the Super Soldier” and hosted by the Canadian Army Doctrine and Training Centre (CADTC) in conjunction with Queen’s University, the U.S. Army War College and the NATO Defense College.

The concept of a super soldier typically conjures up Iron Man or Batman, in an exoskeleton with added armour and weapons, or the “assets” of the Jason Bourne franchise, enhanced by pharmaceuticals and physiologically-altering training methods.

The Kingston Conference, however, set aside robotics, automation and artificial intelligence to focus on the softer skills that will comprise the super soldier: cognitive, social, cultural, ethical and even spiritual understanding.

The conference explored a range of questions, including the inevitability of enhancements and their implications – nutritional supplements are already in common use; the distinction between offensive and defensive enhancements; the necessity of training ethics and the challenge of treating moral injuries; and the need for tools to improve soldier resilience and understand the myriad of ways it can become depleted.

Enhancements are coming – “there is too much to gain and not enough to lose,” said Dr. Charles Pfaff of the U.S. Army War College, but they may have “destabilizing costs that will have to be managed.”

The long-standing challenge for commanders has been managing and mitigating the physical burden placed on soldiers. But that could soon be outpaced by cognitive demands as data continues to flood into the battle space, noted Dr. Jean Vittel, a neuroscientist with the U.S. Army Research Laboratory and a co-lead in the future soldier technologies division.

“We need to think about how to build [micro] recovery into our daily routine,” she said, observing that everything can be perceived as a threat when soldiers are stressed and not at their optimal cognitive level.

The notion of spiritual fitness and spiritual resilience, a power that would allow soldiers to thrive in difficult circumstances, was also a recurrent theme. Spirituality in a CAF context is not solely adherence to any one religion, but rather a guide for “the way we understand our life journey [that] gives meaning and purpose to our lives” and may provide a buffer against stress, explained Major Harry Crawford, chaplain for CADTC.

To achieve cognitive dominance in the battlespace will require more data and collective standards, acknowledged MGen Wayne Eyre, deputy commander of Military Personnel Command. However, the goal for the Canadian Armed Forces (CAF) isn’t so much a “super solider” as it is an “effective soldier” for today’s challenges, he said.

Recent studies suggest the CAF is recruiting from a population that is less prepared for military service than it once was, and that the military itself has many members manning desks, eating poorly, and getting less sleep, resulting in more training injuries.

With the release of the government’s defence policy, which led off with a $198.2 million commitment to implement a total health and wellness strategy for members and their families, the CAF has “top cover” to move forward with a number of initiatives, including a physical performance strategy and the Surgeon General’s integrated health strategy, he said.