What’s next for the Carl G? 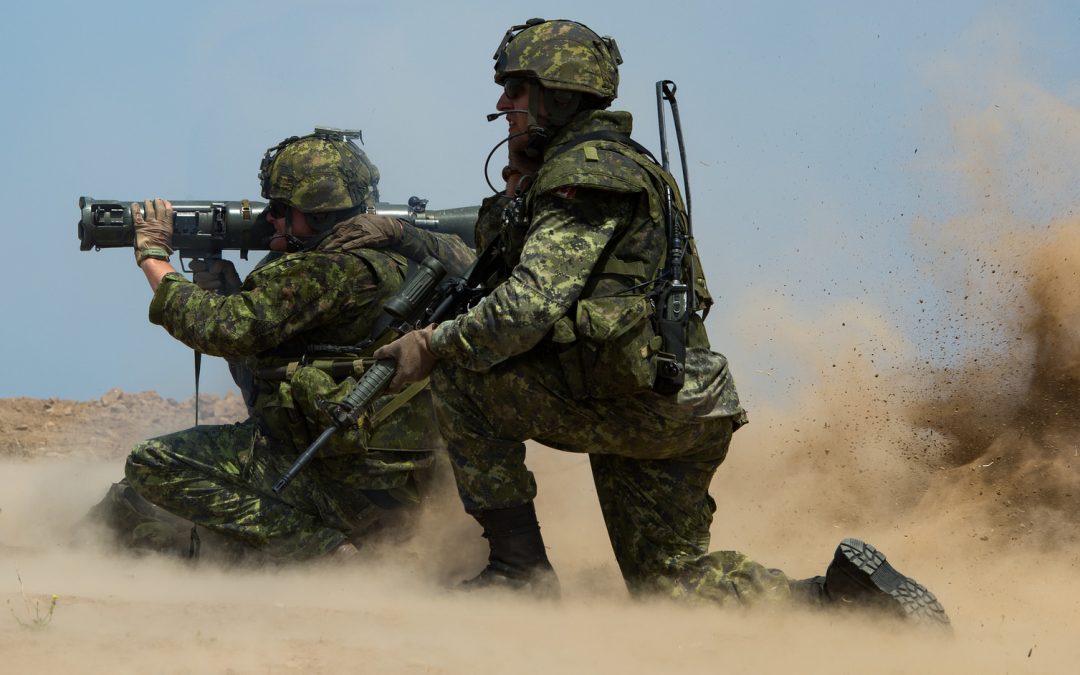 When the muddy trenches of the First World War led to a stalemate on the Western Front, Britain introduced tanks at the Battle of the Somme in 1916. Germany was slow to respond, managing to deploy only about 20 in the latter stages of the war. Although mechanically unreliable and vulnerable because of simple steel plate armour, they nevertheless proved effective on both sides.

Countermeasures were few and far between in those early days, but as tank technology has evolved in the decades since, so too have the weapons designed to disable and destroy them.

Enter the Carl-Gustaf System (CGS), an 84-millimetre recoilless rifle designed and manufactured by Saab AB in Sweden. Named for the town where it was designed and manufactured, the earliest version, M1, was introduced in 1948. It quickly became the preferred squad-level anti-tank weapon for many western European armies and Saab has steadily upgraded its capabilities to the point where later versions remain in service with more than 40 militaries.

The Canadian Army issues M2s, a 1964 design, to most Regular and Reserve units and a newer and lighter M3, a 1986 design, to light infantry units. The system normally has a crew of two: one trooper carries and loads ammunition while the other aims and shoulder-fires, usually using a telescopic sight from standing, kneeling or prone positions.

Unlike some more expensive “fire and forget” weapons, the CGS is strictly line-of-sight. But its effectiveness has been sustained and enhanced by the evolution of Saab’s ammunition. Current options include three types for multi-role engagements or against structures, three anti-armour and two anti-personnel, as well as illumination and smoke rounds. Canada’s combat inventory includes high-explosive anti-tank (HEAT) rounds with an effective range of 700 metres and “dual-purpose” rounds, which can destroy fortified positions out to 500m.

The Army has had an anti-tank guided missile replacement project in its recapitalization plans for at least the past five years and recently added acquisition of a new multi-purpose, anti-armour and anti-structure, portable and mounted weapon system to the Defence Capabilities Blueprint. The project has an estimated budget of between $500 million and $1 billion and is scheduled to enter options analysis in 2022 or 2023.

“The dismounts finish what others have started,” he noted. “They are the final tool in the commander’s toolkit. They need to be able to continuously adapt to changing situations. So it’s important that [capability] works not just in the conditions a lot of today’s soldiers have grown up in Iraq or Afghanistan; it needs to work in the Arctic in extreme cold, in the jungle at high temperatures and humidity, and at high altitudes and, in some situations, in salt spray—all these things” 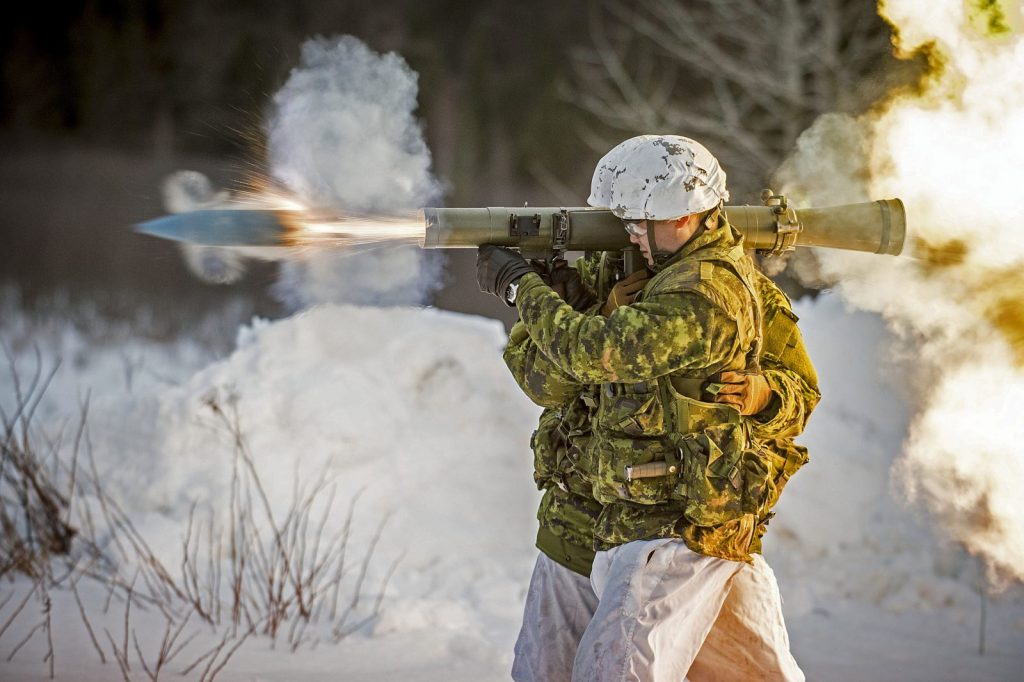 The latest iteration of the CGS is the M4, which is shorter and, thanks to composites, some 30 percent lighter than the M3 at about 7 kilograms. An ammunition round adds 2.5-4.5kg to the firing package. A key development for rapid deployment is that the M4 can be carried while loaded, ready to fire almost immediately.

While the M4 range is up to 1,300 metres and there’s a push to extend that to 2,000m, it can be effective as close as 20m in a dense urban environment. Most rounds fly about 250m/sec while the rocket-assisted ones travel 330-340m/sec, so delivery out to 1,000m takes only a few seconds and in some cases is virtually instantaneous.

Other weapons can operate within those range parameters, but Vestin said the CGS’s conception and main use as an anti-tank weapon makes it the most effective. “We can easily send shaped charges further out, but 700m is our usually-stated practical range.” At that distance, a HEAT round can punch through more than 500mm of homogeneous steel armour plate, which many armies have replaced with composites and/or explosive reactive armour.

As for buildings and other infrastructure where enemies can hide, a rocket-assisted CGS round can punch through at least 20 centimetres of reinforced concrete, but the warhead explodes after penetration. In Afghanistan, where insurgents were firing rocket-propelled grenades at western troopers, the CGS had greater reach, enabling the dismounts to remain out of RPG range while fighting back. “Basically, anything you encounter on the battlefield, you can engage with the Carl-Gustaf,” said Vestin.

The CGS is not an inexpensive weapon to operate, but it is far less expensive than calling in artillery fire, vehicle-mounted missiles or even an airstrike, observed Saab Canada president Simon Carroll. It also provides a commander on the ground an asset that is immediately deployable and doesn’t require some of the authorities of other fires.

But training troops on what many in the Canadian Army call the “Carl G” isn’t cheap. They can’t bang off rounds on a range as they do with pistols and rifles for training and proficiency maintenance. That’s why training rounds come in four types: 20mm and NATO-standard 7.62mm sub-calibre trainers sleeved to the launcher’s 84mm tube, as well as two types of full-size practice rounds with dummy warheads.

“The exterior of the sub-calibre adapter is exactly the same as a live round in terms of interfacing with the weapon,” said Veston. “Handling and loading is the same as a real round, which helps with a realistic rate of fire.” Inside each sleeved round is a smaller barrel and the 7.62 NATO round has a tracer to help build accuracy. “It’s a very simple thing, but it has worked for a long time, so that’s why we still use it.”

The syllabus differs from country to country, but Vestin said firing 10 training rounds usually sets up a new trooper to proceed to a live round if the trainers feel it’s necessary.

Whether the Army continues with the CGS remains to be seen—the next anti-tank guided missile system won’t likely be selected until after 2025—but Army history and experience with the system will make it a formidable candidate.