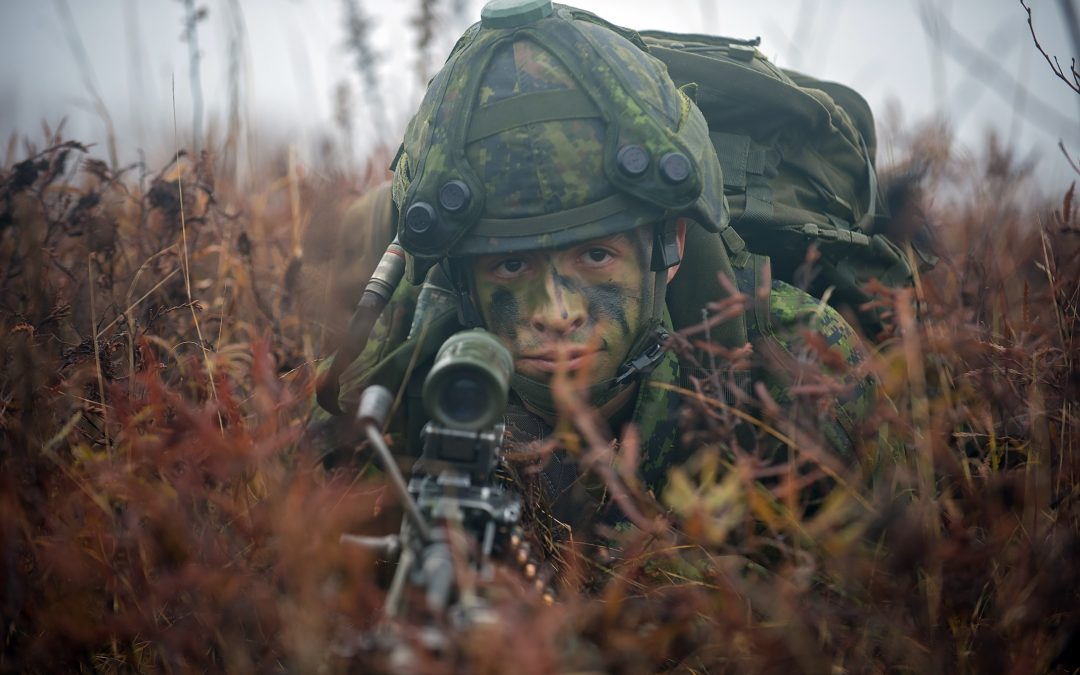 During Exercise Certain Challenge, the 1988 iteration of NATO’s series of immense Reforger exercises, I watched a master corporal from the Royal Canadian Dragoons glumly climb down off 24 Bravo. He listened incredulously as the umpire explained that his vehicle had notionally been taken out in an indirect fire shoot from a battery of 155mm howitzers from the opposing force (OPFOR).

What made the end of his exercise frustrating to watch was our experience just a few weeks earlier at the U.S. Army National Training Centre (NTC) in Fort Irwin, California. There, we witnessed brigade and larger meeting engagements between visiting and NTC-based OPFOR units who were fully equipped with multiple integrated laser engagement system (MILES) gear.

Their MILES system had largely replaced the human umpire. Networked laser emitters and receptors were already realistically simulating the effect of weapons on the battlefield. 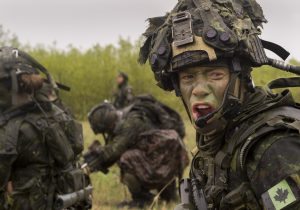 Second-Lieutenant Trevor Clark of The Queen’s Own Rifles of Canada yells orders to his troops while advancing on an enemy position during Exercise MAPLE RESOLVE 17. Photo: Sgt JF Lauzé

As WES’s capability matured, its usefulness grew. Today, it significantly contributes to the realism, the effectiveness, and the efficiency of training. The ability to analyze and present packaged replays of the exercise control (EXCON) view of the battle facilitates a more effective after-action review (AAR) process that has proven to be its most important contribution.

“WES is a great system that enables us close to real combat without having pieces of steel flying through the air,” said Colonel Peter Scott, commanding officer of the Canadian Manoeuvre Training Centre (CMTC) in Wainwright, Alberta. “We have outfitted the individual soldiers, the vehicles, and their weapon systems, right up to the CF-188, with WES, which tracks where they are in real time, in time and space, and then their actual actions on the ground.”

There are still weaknesses in the indirect fire simulations but improvements in future upgrades will strengthen feedback to the troops and allow them to fire back.

Much has changed in the operating and training environments since WES was introduced 12 years ago. “We have come a long way,” said Scott, acknowledging the system’s age and evolution.

WES was defined before the conflict in Afghanistan, and training for deployments underscored its limitations to operations conducted in open terrain. To respond, a sister WES project known as the Urban Operations Training System (UOTS) began in 2006. Fully authorized in 2012, it will eventually see completely instrumented WES-compatible villages built at each of the five force generating bases in Edmonton, Shilo, Petawawa, Valcartier and Gagetown.

The UOTS requirements for a WES operating environment in each village and for a more modern software operating system have provided additional rationale for a robust upgrade to the original WES system.

As the UOTS contract moves ahead, the Directorate of Land Requirements (DLR) is in the options analysis phase of a midlife upgrade project known as WES MU. The project is expected to reach definition approval in 2021, with a request to industry for proposals by 2022. Final deliveries of the new equipment and software should be in 2027. 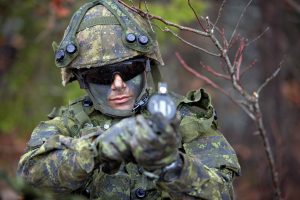 The high level mandatory requirements for WES MU were laid out for potential industry partners by DLR at the 2016 Army Outlook and provide a clear indication of some of the most important areas for improvement that soldiers and operators of the system have identified over the years.

The human dimension, defined as “transparency to the user without hindrance to the performance of tasks,” reflects the need for equipment that can be comfortably worn over all types of clothing, rather than replacing part of a soldier’s load-bearing equipment.

The operational environment calls for the system to work in a full spectrum of conflict environments, integrating all player personnel, weapons and commonly used vehicle systems. The original WES only effectively simulated direct fire weapons where lasers could illuminate a target’s sensors. Some of the Army’s indirect fire weapons have been brought into WES by using geospatial data in place of the laser. An upgraded system should incorporate all direct and indirect fires.

Effects underscores the importance of objectively emulating realistic direct and indirect fire engagements. It’s more than simply having WES simulate the ballistics or lethality of a C7 or other weapon; it’s about having WES force the normal processes and timings of employing all weapons. Users have noted that when soldiers requested a call for fire with the current system, it was actioned as soon as the operator analyst at the EXCON could simulate the event. Time appreciation was missing.

Survivability reinforces the fact that WES kit will see repeated and prolonged use within harsh training environments.

Integration focuses on the operating software behind the soldier’s kit. It must be modernized and have the flexibility to adapt to other network architectures and to integrate virtual and constructive simulations. Not only could that deliver significant savings in training costs, it will allow soldiers to train for activities that would be outside the normal scope of WES.

Information recognizes that the AARs and take-home packages following training can be improved along with WES’s ability to capture and analyze data.

Portability means WES must have the ability to support simulation activities outside the confines of the force generating bases and CMTC. 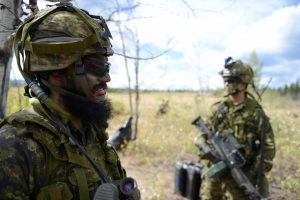 Cubic Field Services Canada is the contractor for the current version of WES and the UOTS system. The company recently made improvements to the hardware and software in the training area and the exercise control facility at the CMTC.

“We have just completed upgrades to towers and other hardware in the training area and replaced the older WES operating system in EXCON with up-to-date software known as the Combined Arms Training System,” said Michael Austdal, Cubic’s Wainwright site manager. “It replaces much of the older WES infrastructure with up to date technology.”

The UOTS project will also steer other improvements to WES. Shortly after Exercise Maple Resolve in May, new individual harness hit sensor vests will be coming into service. The UOTS-supplied U-shaped sensor vests will fit over the normal load-bearing equipment and the helmet sensor bands will no longer require an umbilical cord connection.

“There will be better batteries and other improvements,” Austdal added. “UOTS is bringing more sets as well. And once they are all delivered, we will be able to supply WES kit to three battle groups plus the OPFOR. It will be a few years before the UOTS sites are built and are operational across the Army, but they will be fully integrated with WES.”

As the contractor for managing WES capability, Cubic works closely with Army staff at the CMTC to “WESify” and integrate new capability into the system as it comes online, such as the Tactical Armoured Patrol Vehicle (TAPV) and its indirect fire C16 Close Area Suppression Weapon (CASW).

The relationship between the two illustrates the importance of skilled industry partners to field and maximize capabilities, and to help guide the Army toward future success. Emerging standards will bring opportunities for other companies to become involved and the Army’s success will depend on having suppliers who are true partners that keep the priorities of the troops at the forefront of their contributions, said major Dan Turcotte, project director for simulation systems in DLR..

An example is NATO’s evolving Urban Combat Advanced Training Technology (UCATTS), a family of standards specifically designed to identify and standardize the interfaces that allow interoperability of different systems. UCAATS focuses on urban warfare but the application of its standards will be relevant to all constructive combat simulations.

However, given that the U.S. Army still uses several versions of its MILES system, full integration with all our allied training partners is years away. But with the midlife upgrade, there will be incremental advances. Fully maximizing the improvements of both WES and UOTS will continue to require imagination and skill from the Army and its suppliers.