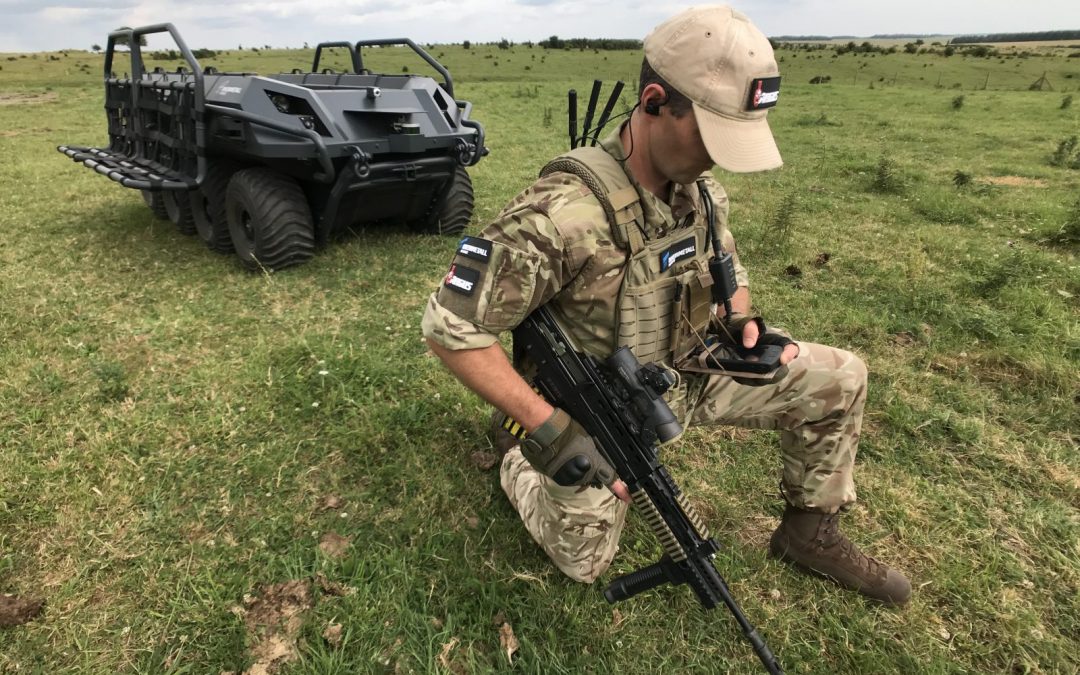 Unmanned aircraft have long been catnip for commanders on operations. The persistent feed of sensor data from ISTAR (intelligence, surveillance, target acquisition and reconnaissance) platforms has been vital to the success of coalition missions globally.

For over a decade, the Canadian Army has leased or collaborated with industry to deliver an unmanned aerial capability on exercises and operations. At present, it operates the mini CU173 Raven and is starting to fly its own small UAS, the CU172 Blackjack; it has also conducted trails with a handheld micro platform that will eventually be brought into the Integrated Soldier System Suite (ISSS).

Unmanned ground vehicles (UGV), however, have been slower to find traction, in part because of the difficulties of navigating varied terrain replete with obstacles. Their primary function has been in explosive ordnance disposal—the Army employs a family of three robot systems, including Teodor (Telerob Explosive Ordnance Disposal and Observation Robot) and the Allen-Vanguard Mark III.

There are increasing signs that is about to change. British car show Top Gear gave us an indication of that in 2013 when it challenged the Oshkosh Defense Terramax autonomous cargo truck to a race against a Range Rover at Nevada’s Automotive Test Center (spoiler, the Range Rover won, but not by much).

More recently, videos of Boston Dynamics’ BigDog and other robots have demonstrated the ability of “mules” to withstand all sorts of punishment while reducing the soldier load by carrying gear considerable distance over uneven terrain. Later this year, the General Dynamics UK Multi-Utility Tactical Transport, otherwise known as MUTT, will be among several platforms in the British Army Warfighting Experiment 2019 demonstrating mobility and manned and unmanned teaming.

While these transport capabilities are not yet part of the Canadian Army inventory—nor part of the current acquisition program—its not hard to see their utility, especially in Light Forces and logistics contexts. 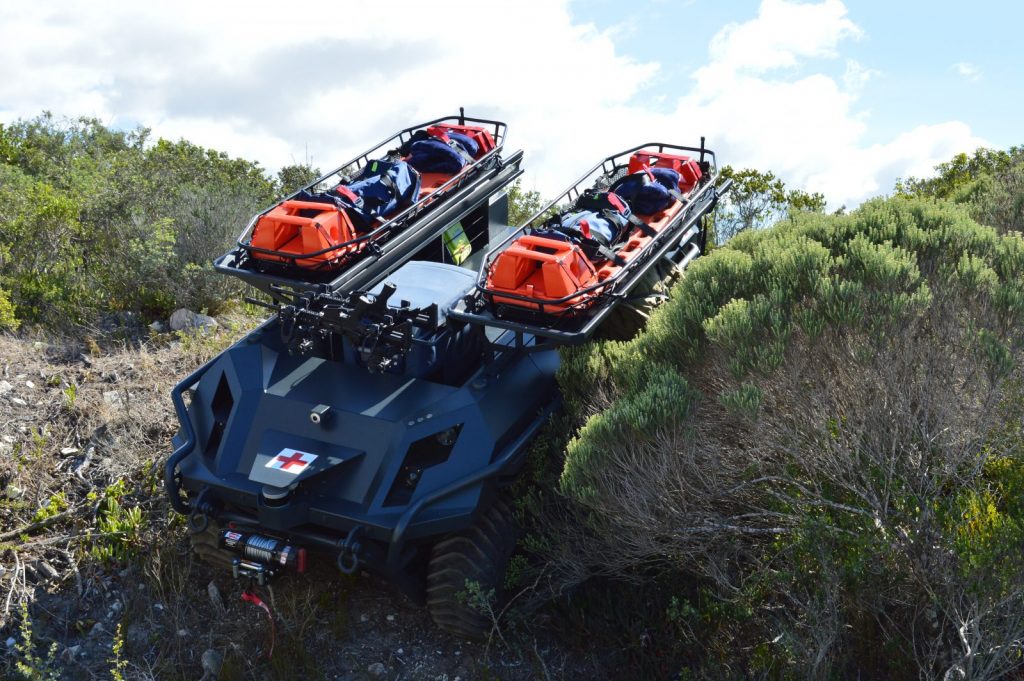 One possible contender for the Army is the Canadian-built Mission Master, which made its Canadian debut at CANSEC in May. The electrically-powered UGV is based on a modified ODG ARGO chassis that can travel about 20 kilometres per hour for 180 to 210 kilometres, depending on the terrain. It fully recharges in about four hours and, in recent trials in the Netherlands with an air mobile brigade, followed dismounted infantry conducting tactical activities for over four days before requiring a charge.

Like a self-driving car, it can navigate a route around obstacles between two or more programmed waypoints, or follow a route traced by an operator on a digital map. It can also be radio controlled or “tethered” to soldiers like a Bluetooth device and will follow troops at a fixed distance.

But the Mission Master is more than merely a mule for dismounted troops. Developed by Rheinmetall Canada over the past three years, it uses autonomous driving software from Provectus Robotics, an Ottawa firm acquired by Rheinmentall in August, on a modular platform that can transported wounded or integrate almost any sensor system, from surveillance to force protection.

The latter might raise a few eyebrows, but there is “a great demand for weaponized platforms to counteract some of the technical trends related to unmanned ground vehicles with weapon systems that are in very aggressive development in Russia and China,” said Alain Tremblay, vice-president of business development for Rheinmetall Canada.

Rheinmetall competed its first sales last year to an undisclosed customer in the Middle East and will be a contender in several allied programs over the next year, including Australia, Germany, the United Kingdom and the United States, where the Army is seeking several robotic combat vehicles.

Part of what makes the Mission Master an intriguing option for the Canadian Army is its ability to work with the Integrated Soldier System Suite (ISSS), a Rheinmetall Canada developed smartphone-like network for individual soldiers and small units to share situational awareness.

The UGV can be integrated into battle management software like the ISSS or Army’s Land Command Support System as a visible symbol on digital maps and a call-sign that can respond to commands sent by an operator in a vehicle or a headquarters.

The Army is still maturing concepts of operation for UGVs as it develops the business case for investment, he noted, but might acquire “a few platforms to provide to the Combat Training Centre to define how this thing could be useful in the battlespace” in the next fiscal year.

“I think they are looking for viable solutions to relieve the weight burden for dismounted operations,” he said, but are looking closely at what partner nations are doing as they adopt autonomous systems.