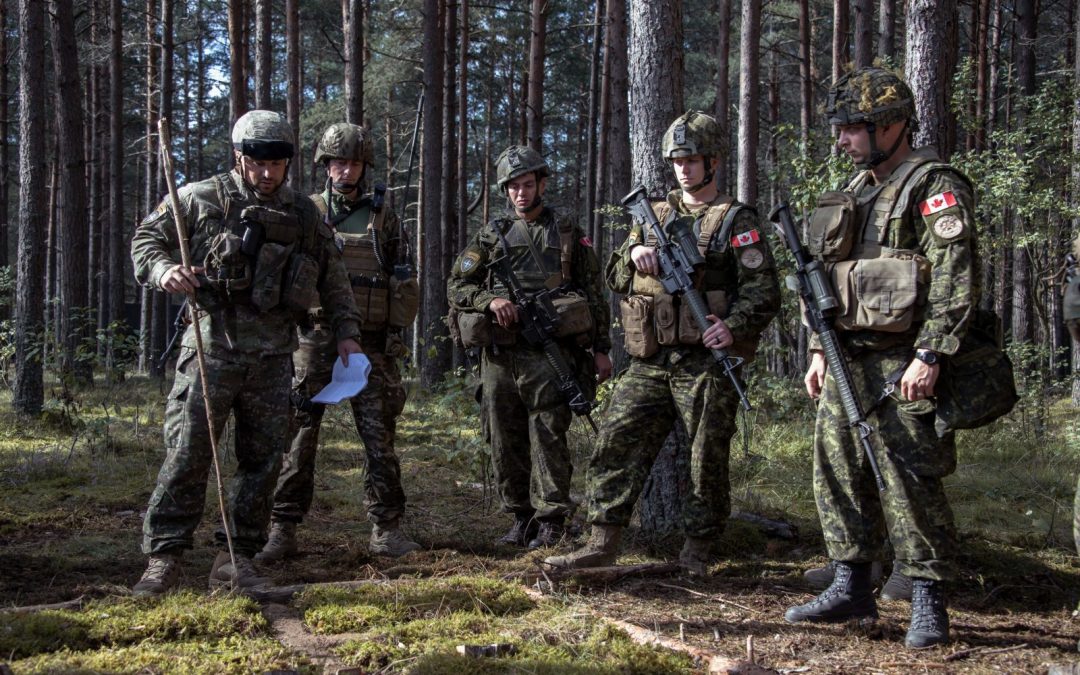 In the two years since the multinational battle group in Latvia was established in June 2017, Russian information operations on social media and other fora have painted a picture of an ineffective formation too small and too disjointed to represent significant deterrence.

But on an air-assault exercise in mid-August in which the battle group, working with American tactical aviation, moved 250 kilometres to the coast of Latvia to conduct raids and counter landing drills, Lieutenant-Colonel Mike Reekie noticed a substantive change in the narrative. Rather than belittle the Canadian-led force, Russian propaganda just threatened to nuke it.

“It’s an admission that the battle group is effective, that we do have the force ratios, and that we clearly demonstrate a resolve to defend, because you can’t deter unless you have the resolve to defend,” said Reekie, commanding officer of enhanced Forward Presence (eFP) Battle Group Latvia.

The rifle company is one of five manoeuvre subunits, joining a Slovak rifle company, a Spanish combat team, an Italian combat team, and a Polish tank company. Enablers include a Canadian gun battery, a Czech mortar platoon, a Spanish engineer platoon supported by a platoon from Slovenia, that in turn is enforced by a section from Montenegro, and an Albanian explosive ordnance disposal team.

More than 50 percent of the battle group at Camp Ādaži does not speak English, but if initial Russian info ops claimed the formation lacked cohesion, that criticism has largely collapsed, said Reekie. NATO army culture, common terminology and symbols, rather than language, have overridden most language barriers.

In mid-September, the battle group conducted one of its most complex exercises to date, Reaper Strike, focused on wet gap crossings, forward passage of lines, and grouping and regrouping armoured and engineer assets between combat teams.

“Every enabler was integrated from the nine contributing nations to try and find friction points at the seams,” Reekie explained. “Despite all of that, I have never had such good situational awareness or common operating picture—we have never had that with my unit in Canada.”

Reekie, who is on his fifth international deployment, credits that to greater predictability throughout the battle group that has come with each rotation, and to the work that was done at the outset by Colonel Wade Rutland and members of the original six contributing nations to establish sound standard operating procedures (SOPs) able to overcome the rapid integration of multiple units with mixed NATO experience.

“The SOPs continue to be our lifeblood in terms of orienting the battle group to the same mission task purpose and how we do business. And they continue to evolve as we learn lessons and adapt them,” he said. “They are not just written documents. There is a practical portion. During every exercise, the SOPs are rehearsed. One of the companies represents each one, and every other company rotates through that stand to execute that SOP, whether it is a breach, forward passage of lines or occupation of a defensive position … so that we have commonality across the battle group.” 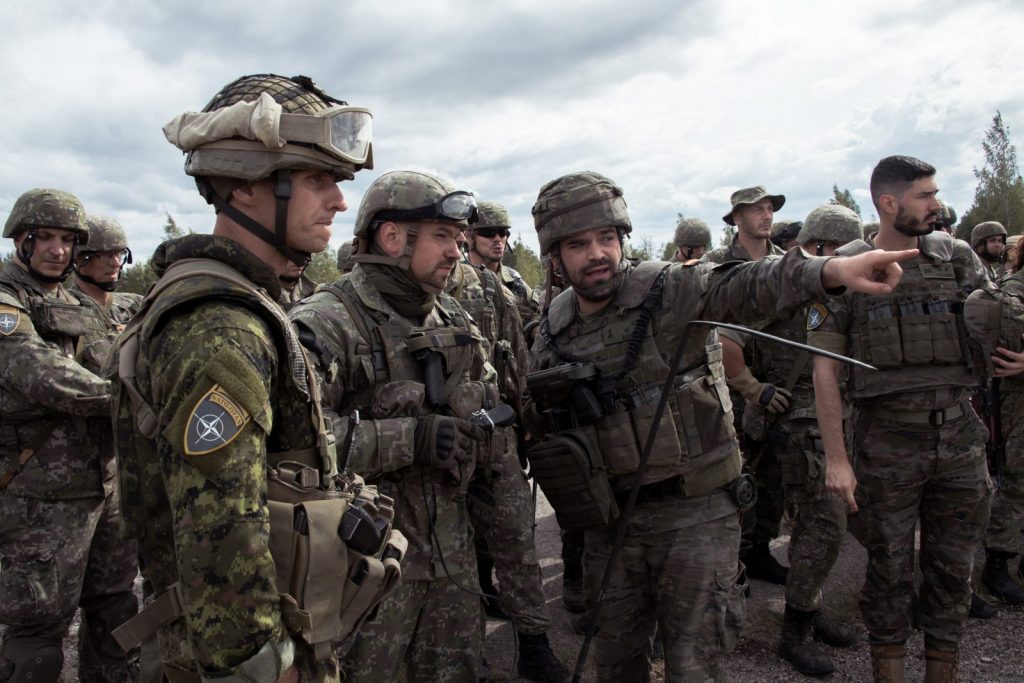 Integration is one of Reekie’s priorities. But while the first rotations focused on the challenges within the battle group such as command and control (C2) and technical communications systems, greater predictability has allowed his team to further the work of the previous rotation under Lieutenant-Colonel Philippe Sauvé of integrating into the Latvian brigade. “Integration is now into their national defence plans and the Latvian hierarchy and operational context,” he noted.

Earlier concerns around logistics and C4ISR (command, control, communications, computers, intelligence, surveillance and reconnaissance) have largely been addressed. “Logistics is kind of a non-issue now—we are fully interoperable logistically,” he said. “With C4ISR systems, we are interoperable now, though there are some pieces that are not as robust as we would like.”

One of those is effectively extending the range of C2. On Exercise Reaper Raider in August with U.S. air mobility, one of the objectives was to “stretch” C2 and ground communications as the battle group lifted 250 kilometres to the Latvian west coast.

“That is a huge professional development opportunity for us,” said Reekie, who has served in the Canadian Special Operations Forces Command, Canadian Joint Operations Command and 3rd Canadian Division headquarters. “Having the battle group in dispersed operations all across the Baltics and effectively commanding and controlling them in a real way takes us institutionally, as the Canadian Army, leaps and bounds forward. Older skills that have faded somewhat like HF comms, the use of runners, radio silence—this focuses us to get better at those things.”

Mission command is central to the Army’s new capstone operating concept, Close Engagement, in which dispersed forces must operate effectively under contact in an emission-controlled, radio silence environment.

“This is part of a generational shift,” he suggested, noting that in the counterinsurgency environment of Afghanistan, the Army had static tactical operations centres, concrete lines of communication, overwhelming air support, and dominance in the electro-magnetic spectrum. “None of those are sure things in our current scenario; in fact, quite the opposite. We need to get back to a bunch of those skills, and this forces us to that. We will bring back to all of our armies the experience and the lessons learned in terms of resurrecting these skills.” 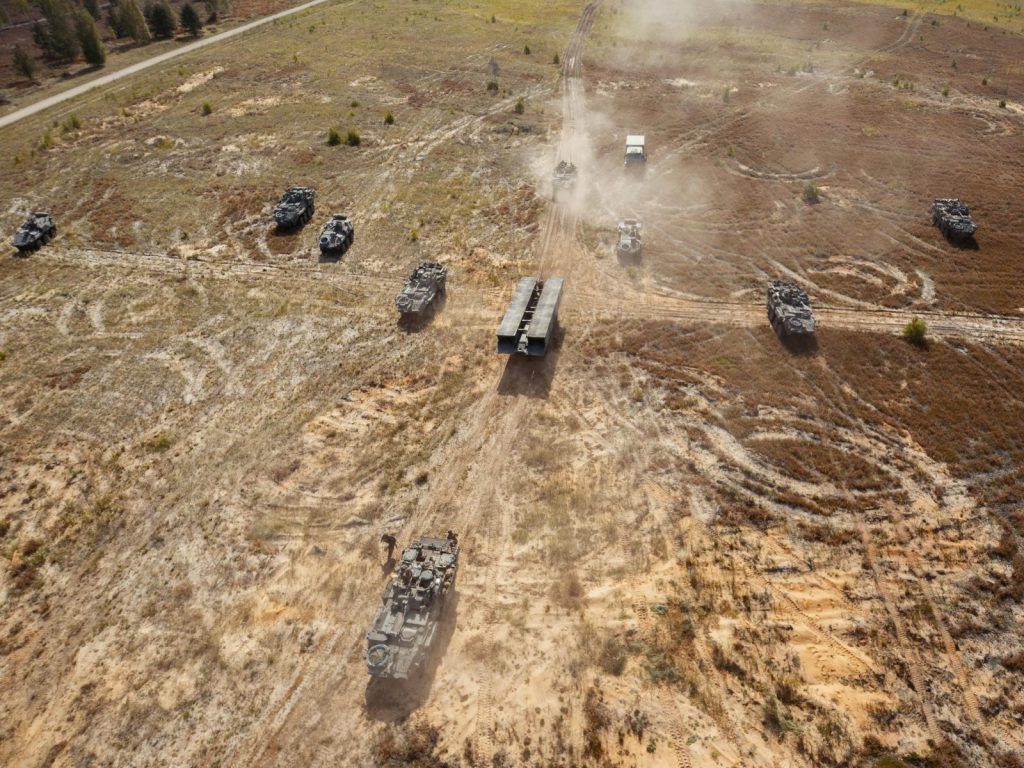 The exercise tempo and multinational nature of the mission have proven to be a rich environment for professional development. A company commander may gain three year’s worth of tactical experience in a six-month rotation than he or she would at home, Reekie observed. Exercise Reaper Strike, for example, involved 1,100 soldiers, 150 combat vehicles, over 25 tanks, fast air, unmanned aircraft and plenty of fires.

The progress may be indicative of the trajectory of the battle group, but it has required some deliberate planning, Reekie emphasized. Rehearsals and command visualization play a far greater role than in Canada to ensure the commander’s intent is shared and fully understood.

“You have to be very calculated in terms of how you communicate and what everybody’s situational awareness is before we start the mission,” he said. “Visualization, however you achieve that, is important. I do it in nine languages with all 1,100 soldiers to understand the battle group plan, because it is entirely possible that anyone one of those soldiers could become the battle group commander a couple of hours into the operation.”

To prove his point, and to demonstrate the level of integration across the battle group, in the final attack of a recent exercise, Reekie assumed the role of a gunner in a Polish PT-91 Main Battle Tank while his Spanish deputy took command.

More than anything, though, success in Latvia boils down to something far less tangible than readiness and integration. Reekie served in Bosnia, Afghanistan and Northern Iraq and said never before had he seen such “radiation of positivity.”

“Guys want this to succeed, they want to put their best foot forward,” he said. “I think every soldier, regardless of his or her nationality, is pretty excited to work with soldiers of a different nationality—it’s exhilarating. We have adopted the Spartan battle war cry from the Battle of Thermopylae. To hear 1,100 yelling in the same voice is pretty cool. I wake up every morning pumped to be here.”