Training to train: On the road to high readiness, Reserve exercise offers rare opportunity to mentor and coach 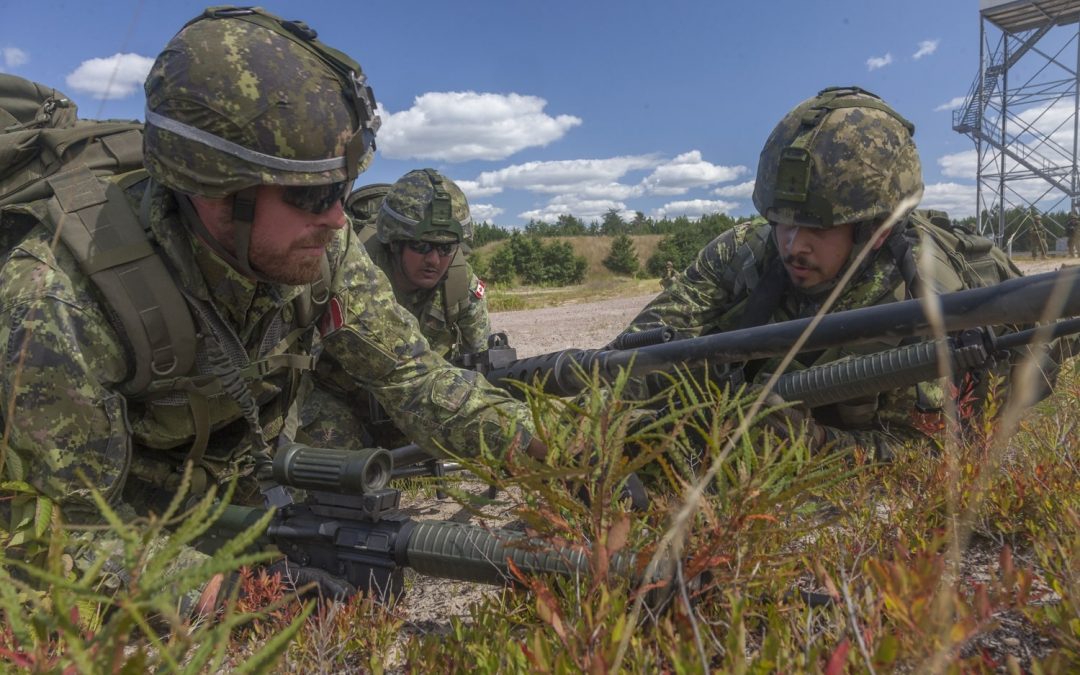 For two weeks in the August 2019 heat, Primary Reservists from across 4th Canadian Division gathered in the training areas of Meaford and Petawawa, Ont., for an annual confirmation exercise meant to test their individual and collective skills.

Exercise Stalwart Guardian is the culmination of all they have acquired in professional development courses and training events over the previous months, and an opportunity to integrate into a brigade-level exercise with the Regular Force.

Coordinating movement across two battlespaces might have been a logistical and networking challenge—maps in the brigade headquarters in Petawawa attempted to track the battle unfolding in Meaford, and vice versa—but Stalwart Guardian is integral to an Army manning concept that is reliant on Reserve augmentation, especially for light infantry. The exercise is often the first time Reserve and Regular Force leaders meet and supporting units are integrated.

“It is a chance for [the Reserves] to experience what it is like to operate in a full battalion, fully resourced with full combat support platoons—which most of the Primary Reserve regiments don’t have—with a full battalion headquarters and a full combat service support company, inside a brigade context,” said Lieutenant-Colonel Ben Irvine, commanding officer of 3 RCR. “That is how they are going to fight.”

“For our soldiers, it is potentially the first time they have worked with a complete company and definitely a complete battalion, with all the enabling support,” added Captain Peter Keane of Oscar Company with 31 Canadian Brigade Group (CBG) based in London. “It is important for them to see…the amount of work and preparation that needs to go into completing an operation of this magnitude.” 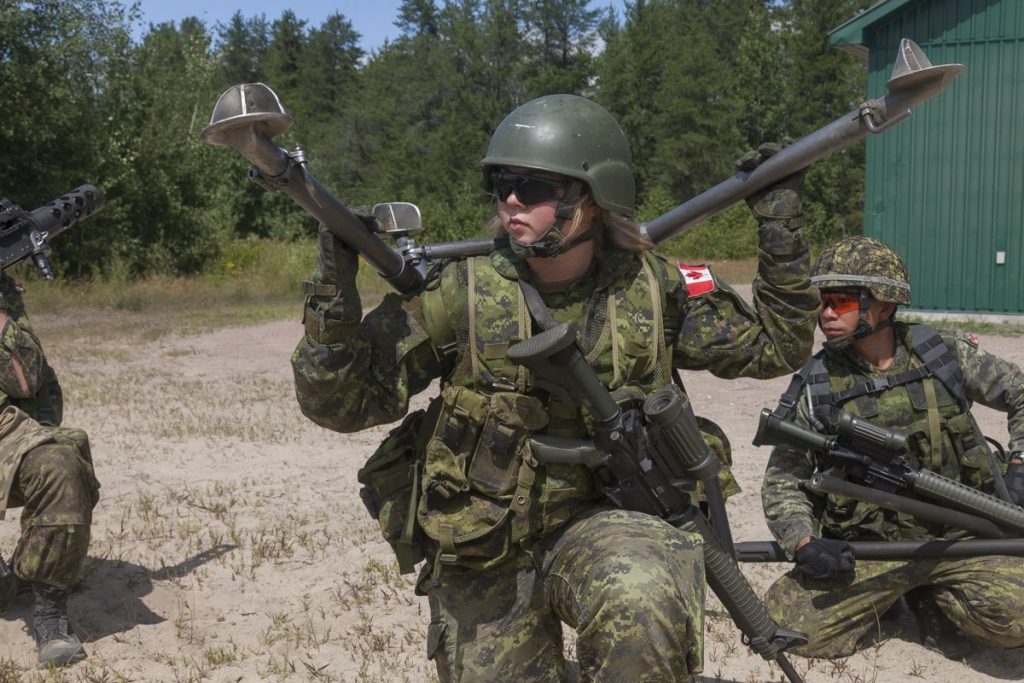 While the focus might have been on the integration of the Reserves, Stalwart Guardian also marked the start of 10 months of high readiness training for 2 CMBG—the brigade will be on-call for global deployment effective July 1, 2020—and it offered a rare opportunity to refine skills that are infrequently practised but often in demand on Canadian operations.

“We train to fight; we don’t often train to mentor and coach. Yet in all of my deployments, in Afghanistan and Palestine, that is what I have done,” said Irvine, who served as part of the Operational Mentoring and Liaison Team in Afghanistan in 2010 and more recently on Operation Proteus working with Palestinian security forces. “If you can train, mentor and coach a Canadian soldier, you can probably do that for an Iraqi soldier, a Ukrainian soldier, a Latvian soldier or any other the government might want us to help. All units need to be prepared to not only fight wars, but to train, mentor and coach local host nation forces in coalition operations. We call it security force capacity building, and this exercise is a great venue to train ourselves.”

Consequently, Irvine used Stalwart Guardian to embed members of 3 RCR in operational mentor and liaison teams to work with Reserve counterparts. His company commanders for the exercise were Reservists from 31, 32 and 33 Canadian Brigade Groups, but each had a mentor as did their company sergeant major, platoon commander, platoon warrants, and company quartermaster sergeant. He also integrated Reserves into all of the support platoons and assigned his troops mentoring roles.

“We have company, platoon and section level leaders fully integrated into the Primary Reserve companies, working with them the entire exercise,” he said. “Some of these [Reserve] soldiers are very experienced and just need a guy to bounce some ideas off; others are very new and my guys are going to get exercised in how you managed that.” 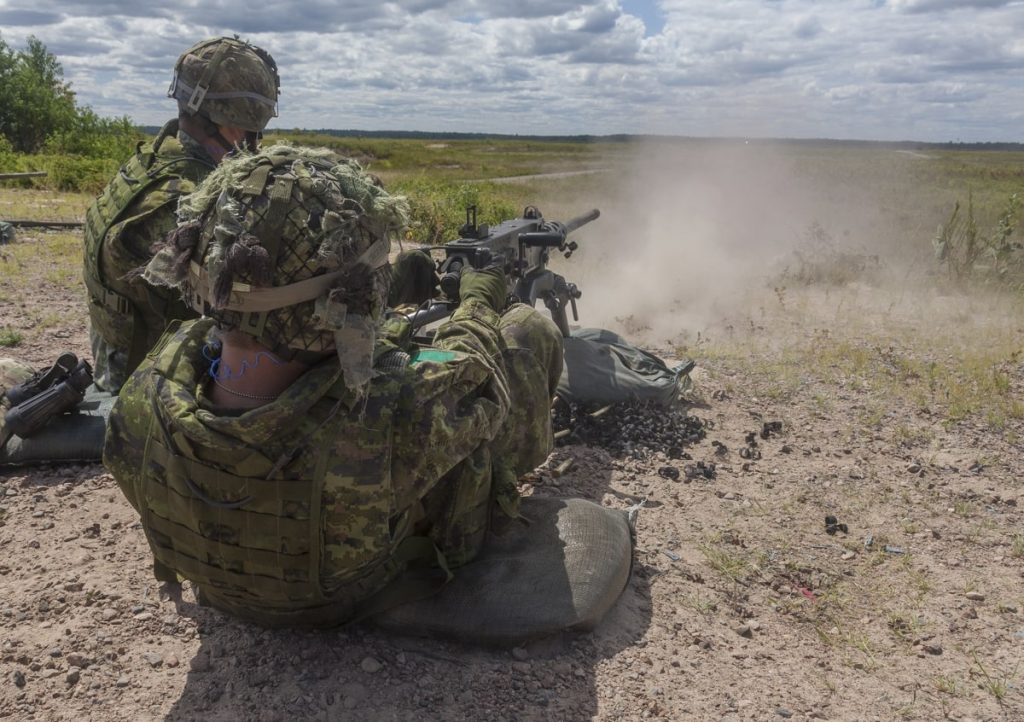 Stalwart Guardian marked the first time specific Reserve mission tasks such as mortars, assault pioneers, and direct fire support (DFS) were integrated into a 4th Can Div battalion. Irvine said his direct fire support platoon of heavy machine guns, TOW anti-tank missiles and 40mm automatic grenade launchers (AGLs) would be augmented by about 40 members from the Toronto Scottish Regiment, who began training for the mission task in early 2019.

“We are going through some battle procedures on how we are going to run the platoon, because for us it is a learning experience,” acknowledged Captain Mitchell Forgie of 3 RCR as he and Captain Stuart Lancaster, DFS platoon commander of the Toronto Scottish, observed students on the heavy machine gun course as they prepared for the tactical phase of the exercise.

“As 3 RCR, we own the TOW capability and the AGLS capability…and they bring in their suite of .50 calibre (machine gun) capabilities to augment us,” he added. “It’s the first time we have worked together and really the first time the battalion has been able to get an exercise of this scale to employ us.”

Both Forgie and Lancaster went through the advanced direct fire support course together, as did their respective warrant officers, Dan Banning and Glen Fraser, but Stalwart Guardian was their initial experience working their soldiers in a combined platoon.

“This is the first time we’re putting it into practice,” said Lancaster as the sound of .50-calibre fire reverberated in the background.

Other combat support elements recently transferred to the Reserves such as mortars (Royal Highland Fusiliers of Canada) and assault pioneers (Hastings and Prince Edward Regiment) were also integrated into the battalion for the first time.

This level of collaboration and mentoring won’t be possible in any other exercise, Irvine noted. Next on the road to high readiness for 3 RCR is a large collective warfighting exercise in January with the U.S. Army 25th Infantry Division at the Joint Readiness Training Center in Fort Polk, Louisiana.

“It’s a great opportunity for the Canadian and American armies to figure out how we work together,” he said, but it will be very different from Stalwart Guardian. “So this is our chance to do [mentoring and coaching]. That is why we have gone all in. There are 275 members of my battalion that are deploying, and they will be fully embedded with our Primary Reserve brothers as one team.” 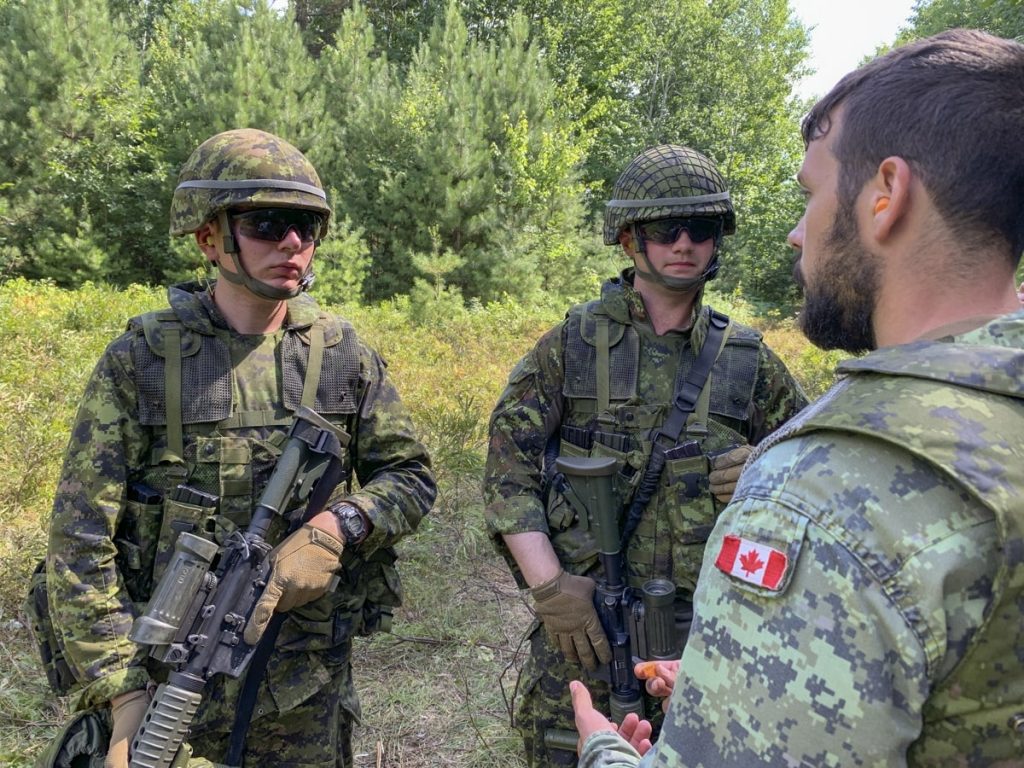 The tactical exercise scenario, adapted from the Decisive Action Training Environment (DATE) program employed by the Army, involved a dismounted assault on an enemy defensive position 40 kilometres away. Beginning with a water crossing under the cover of darkness, the battalion advanced to contact behind reconnaissance assets, conducting company and platoon attacks, deliberate consolidations, hasty defensive preparations at night, all while doing battle procedures for the next day’s operations amid a flurry of incomplete and sometimes contradictory information about the enemy force.

“One of the things I stressed, when we operate within a company, a battalion, a brigade, you have to understand the battlefield geometry at all times,” said Irvine. “If you get hit from your left flank, you can’t immediately attack that if you don’t know where the friendly forces are on your left flank. You have to maintain positional awareness at all times.”

Training, he told the augmented battalion as the exercise began, “is all about learning, and they need to leave this exercise as better soldiers, whether that is as a rifleman or a machine gunner, a section commander or a platoon commander.”

The challenge, he cautioned, would be getting from “start to finish through four gruelling days in the hot August sun with the majority of our soldiers still fit to fight.”

“It’s about working as a team and just pushing through,” added Keane. “It falls on the junior leaders or more experienced soldiers to mentor the new soldiers…to make sure they are taking care of themselves both mentally and physically so they can make it through to the end of the exercise.”

Success for the Reserves, he said, would be acquiring new skills and improving as soldiers. “[I want] them to have learned some valuable lessons that they can take back to those who couldn’t make it on the exercise, and collectively the soldier skills in 4th Canadian Division are improved.”